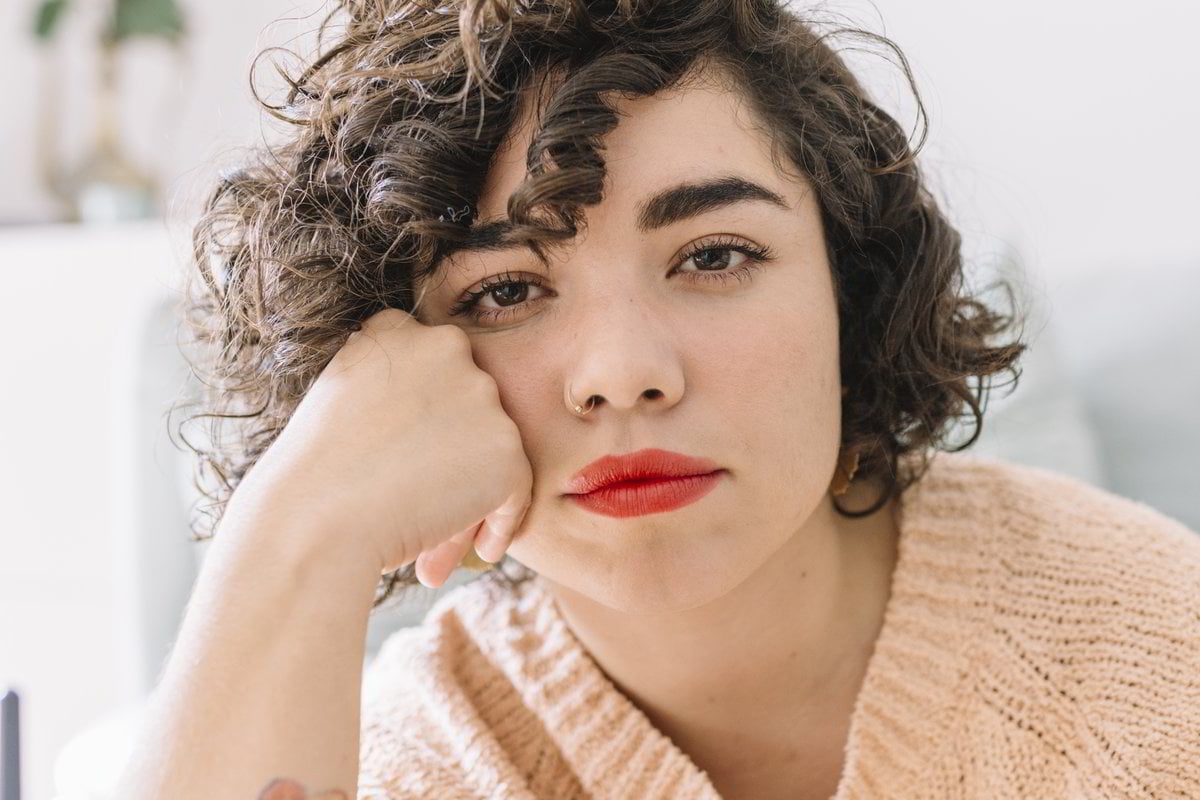 By the time you reach your late 20s, you’re pretty well-versed in heartbreak, you know? Romantic relationships have come together and gone to shit enough times for you to know the ropes – call your girlfriends, buy that fudge ripple ice-cream, retreat into a blanket burrito for three days where crying over Grey’s Anatomy is all that’s on the agenda.

A few years ago I was mindlessly flicking through Instagram Stories when I came across a group of my friends doing a classic Instagram boomerang of some mimosas.

I felt my stomach drop – it was a Saturday afternoon! I had no plans! I was literally lying on the couch in my undies eating one of those baby apple puree snacks!

Why were they together drinking adult drinks and hadn’t given me the call up?

Everyone was at Anna’s house.

Anna was my first friend in that group, but I’d felt a weirdness from her for a while at that point – nothing I could put my finger on, just a strange vibe.

The kind you think about all the time but never address, because you’re like ugh, maybe I’m being sensitive or just imagining it.

But over the next few months, Anna became increasingly distant. Like, she was always busy.

Plans were pushed back or cancelled at the last minute. And those exclusive group hangs at her place? They became more and more frequent.

The rest of that group were still talking to me, acting like things were totally normal and they hadn’t been spending every weekend sunbathing on the rocks at Gordon’s Bay with Anna (and not me).

It was the elephant in the room that no one wanted to address.

Eventually I plucked up the courage to ask Anna what the hell was going on. I sent one of those texts where you over-think every word, adding and deleting sentences like “no, that’s too accusatory” and “hmmm feels a bit too despo”.

In short, the text addressed the distance in our friendship and asked if I’d done anything to hurt her.

Super vague. Super annoying. And, honestly, super upsetting because it was clear Anna was 100 per cent done with our friendship.

I’m not one to beg for love.

When relationships deteriorate I will dig like a little, crazy mole until I get to the bottom of why things broke down, for sure.

If you break up with me you had best BELIEVE I will be sending you an essay detailing all the reasons I think we should still be together, and asking you what was the exact, specific moment when you decided you didn’t love me anymore! I have no shame when it comes to gathering facts!

But once I get an answer, I’m done.

I’ll make myself vulnerable but I won’t give up my self-worth for anyone anymore.

So I let Anna go. But that didn’t magically heal my heart.

Every time I saw her and my now ex-group (because naturally, someone loses the friendship group and this time it was me) I felt sick.

If I could compare the feeling to anything, it would be the way it felt in primary school when friends would freeze you out just for fun.

Things got worse. Around the same time, I had a disagreement with another friend, Dana.

Later that year, my friend Sam went overseas for six months. When she returned, it was the same familiar fade out – cancelled plans, ignored texts, etc.

I know what you’re thinking. The common denominator here is me.

What kind of demon lady had I turned into to lose not one, but three close friends? I can tell you that I asked myself the same question.

I like to think I’m pretty self-aware – I’m not perfect, and I very much know it. But I honestly couldn’t find a reason as to why I’d lost all of these friends seemingly at once.

My flaws were the flaws I had when I met them. It’s not like they didn’t experience loud, talks-about-herself-too-much, sometimes-bad-listener Mel over the years.

To this day, I don’t know why these women chose to extricate themselves from my life. And it still hurts. A lot less than it used to, but the pain has never fully gone away.

Their faces will pop up in mutual friend’s social media feeds. Dana got married. Anna moved overseas, and our old friendship group joined her in Italy for a rose-fuelled holiday.

Sam posted a loved-up photo which made me smile – she’d been through the absolute ringer with her ex. I was overjoyed to see her with someone who made her happy.

But over the years I’ve learned that sometimes, people just won’t like you anymore.

Maybe you subtly change, or they do, and your paths move too far away from each other. Maybe you did screw up and they don’t feel comfortable telling you how, preferring to just cut you from their life.

At the end of the day it really doesn’t matter. I still believe in trying to repair friendship rifts, but I’ll never fall into the trap of connecting my self-worth to people not wanting to be in my life.

It’s okay if some people don’t like you. It’s a sucky feeling, but it’s not reflective of your worth, or even of their human goodness.

I still think about Dana, Anna and Sam the same way I still think about some of my more memorable exes. I’ll go stalk them on Instagram, or hear a song that reminds me of good times. Occasionally I’ve run into Anna and had one of those stilted conversations about top-line life stuff like she’s an ex-colleague whose name I’ve forgotten.

You move on. I have new friends who love me, and old friends who have lasted the distance. But I still miss them, and that’s okay. Much like ex-loves, you can miss the way things were. You just have to remember that things aren’t that way anymore.