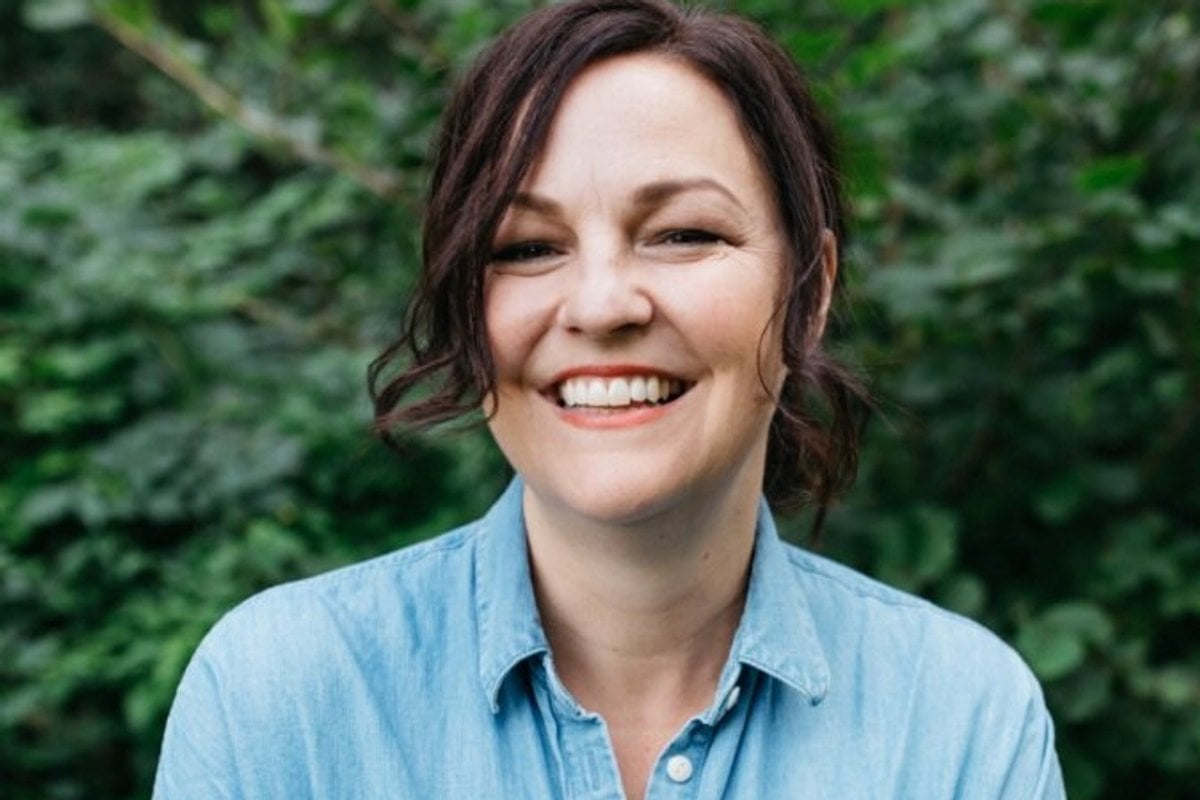 Falling out with friends is the worst pain imaginable. Even worse than a heartache — in the long run.

I was standing in a dire wine bar across the road from my work, waiting for my best friend to meet me (as we often did) in the middle of the afternoon for a sneaky drink. She had finished her on-air breakfast shift on the radio, and I had finished editing Big Brother trailers at work.

But this time, instead of feeling giddy with excitement, I was nervous. I had to tell her I was back together with him.

My best friend Nicki, is the absolute best best friend. You know the kind? Fiercely loyal, protective and can cut through sh*t like a hot knife through butter. We met at the beach when we were both young and single and working in small-town radio. It was friendship at first sight.

When Nicki came over that first night, we sat on my little bed, sharing makeup, clothes and secrets, and she told me she was thinking of dating my new co-worker.

"He’s asked me out, and I think I’m going to go for it," she said, scraping the last of the mascara out of the tube.

"You don’t mean Chris, do you?" I replied, pulling on her halter neck top.

"Yes. Why?" she said, eyes on me suspiciously.

"I was actually with him last night."

From that moment, Nicki and I were inseparable. Chicks before dicks. Besties forever. One of the great loves of my life.

Until I started seeing him. Nicki had spent most of the week before picking me up from my tear-stained bedsheets, telling me to shower, feeding me endless cups of tea, and trying to make me see that I was worth more than this relationship. My self-esteem was so intertwined with his attention that I was unable to function as a whole person myself. As a friend, she must have found it extremely difficult to watch.

I allowed myself to lean into her support; lap up her attempts to boost my confidence and see my value. All the while I secretly chased whatever scraps of the relationship were left. I examined every desperate teary phone call or chance meeting between us with the precision of a forensic pathologist. Nicki listened along, gently suggesting that when he said "I don’t love you" there might not be much more to it than that.

"But he did love me," I sobbed, "If I’d been more understanding, or more patient, maybe…"

"Look, why don’t you take him at his word," she’d suggest, softly, gently, her hand on my knee. She must have been relieved that this was finally it. It was finally over.

But, awkwardly, I now had to tell her we’d hooked up on a night out a week ago, and he had agreed to try again. When she walked in, I knocked back my gin and steeled myself for the great confession.

"Lizzy. I already know," she said, waving her hands at me before I could talk. "I really don’t know what to do or to say anymore, so I bought you this."

She handed me a book. He’s Just Not That Into You.

I was aghast. "But he is. He’s realised he’s been hanging onto stuff with his ex, and he’s dealt with that now and he’s really committed."

She lit a cigarette. "Sure."

"Why can’t you just support me in my decisions?"

"Because I can’t watch them anymore."

And then, though every fibre of me knew her to be right, I left the pub in a fury. Why couldn’t she just be happy for me? Why, now that I had what I wanted – him back – could she just not support me?

A few weeks later, she moved out of our shared flat. And then he moved in.

During that year I discovered something about love that surprised me. The sadness I felt in the breakdown of our friendship was far more quietly devastating than any romantic breakup had been. Sure, I had missed him, but it was so wound together in feelings of rejection and self-worth that in many ways the breakup wasn’t even really about him at all. But with Nicki it was different. I missed her.

It took more than a year and several more break-ups for the relationship to finally die a sorry death. Flogged of any happiness on either side, we both moved on. And I crawled back to Nicki who welcomed me with (weary) open arms.

Love comes to you in all different ways; your parents, your siblings, the relationships that last, and through those that don’t. But to me, my friendships are the great, epic, loves (and losses) of my life.

Last year, Nicki sat on a roof terrace drinking pink prosecco to celebrate my book deal. She got on a plane and flew during the pandemic to lift a glass with me. And though we are separated now by those same, tougher restrictions, hers is the first doorstep I’ll be on when I can. I miss you.

Lizzy Dent (miss)spent her early twenties working in Scotland in hospitality, in a hotel not unlike the one in this novel. She somehow ended up in a glamourous job travelling the world creating content for various TV companies, including MTV, Channel 4, Cartoon Network, BBC and ITV. But she always knew that writing was the thing she wanted to do, if only she could find the confidence.

After publishing three young adult novels, she decided to write a novel that reflected the real women she knew, who don't always know where they're going in life, but who always have fun doing it. The Summer Job is that novel, and it's out on April 13. You can find out more about The Summer Job here. 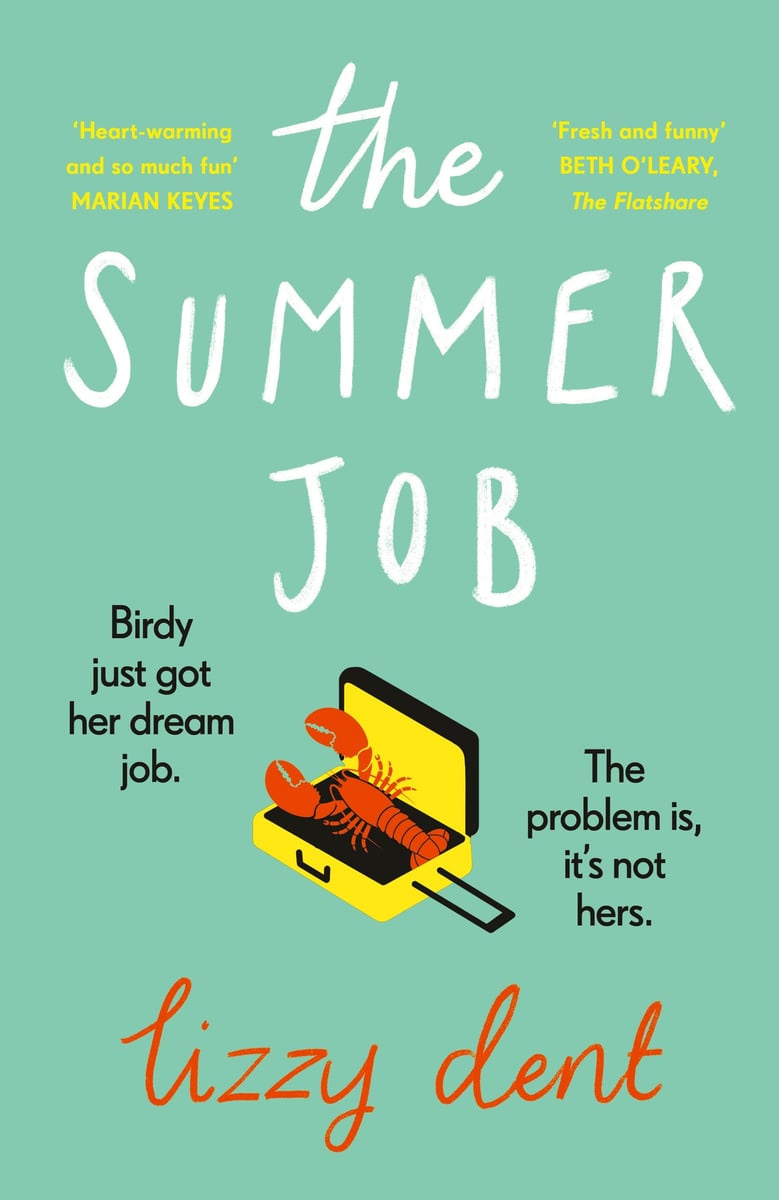 Reply
Upvote
1 upvotes
This is exactly what happened between my darling best friend and I in our 20's.  She broke up with me after putting up with my awful on again off again relationship for many years, she could see what it was doing to me and couldn't watch it anymore.  I missed her more than I can say and it really opened my eyes.  Our reunion a year later was one of the best days of my life and we had many more years of best friendship until 2 years ago when she passed away suddenly.  I know she did what she did to kick my butt into wanting better for myself which it most certainly did.  Cherish your best friends, be there for them and love them fiercely, for they are the family you choose for yourself.
lizzy 9 days ago