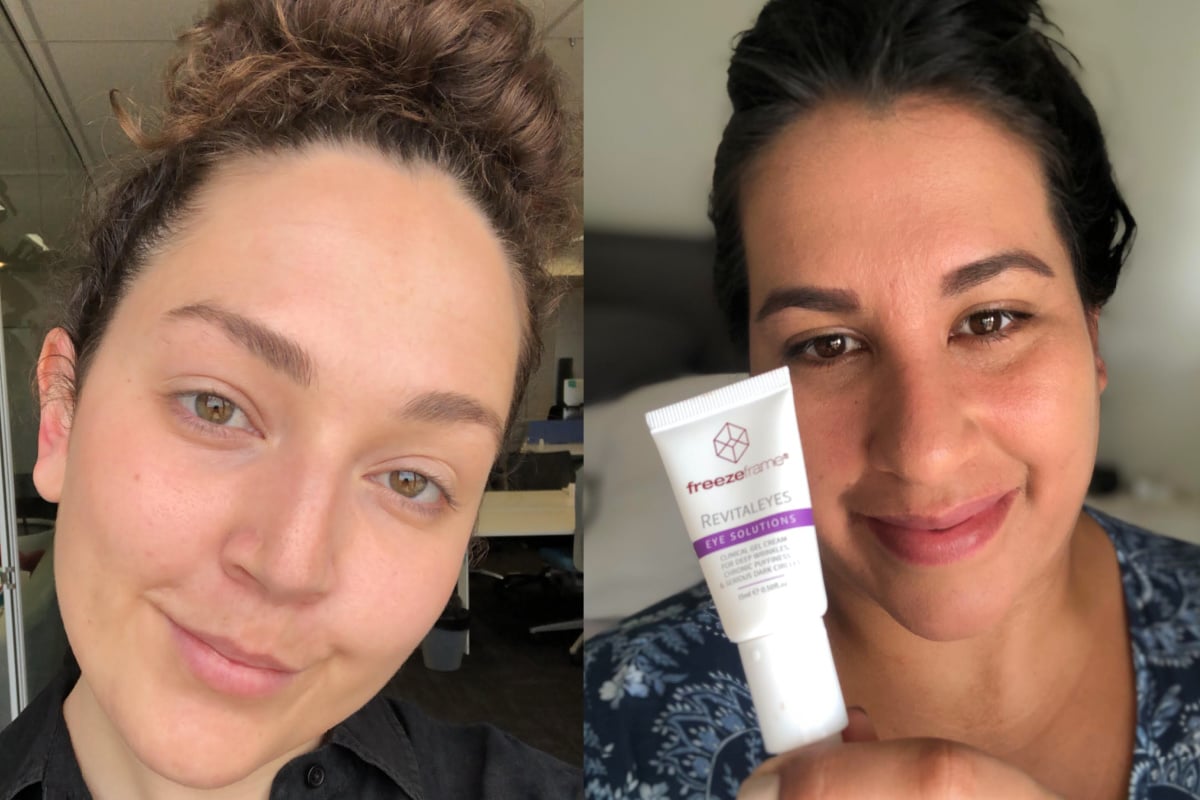 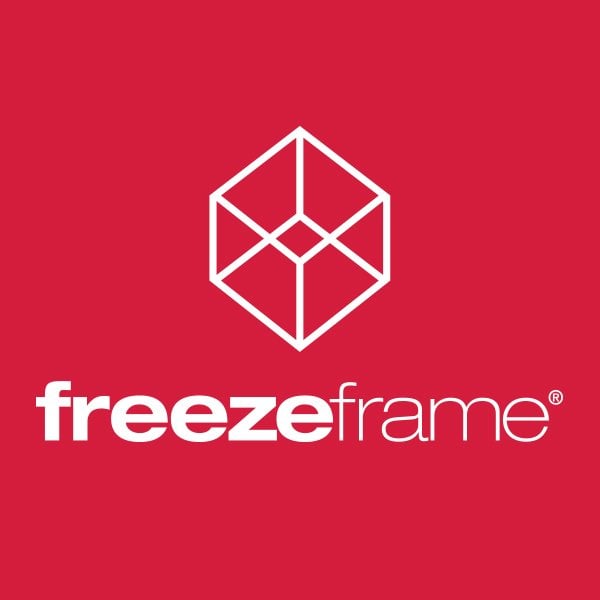 Thanks to our brand partner, Freeze Frame

Before I turned 30, my skincare regime consisted of washing my face in the shower with water, very little cleansing or moisturising, and ashamedly, no sunscreen.

Over the past two years, however, things have changed. (Thank you for showing me the ways, You Beauty podcast and Facebook group). While I still follow a very simple regime - which not only includes daily application of sunscreen, but reapplication - I am always on the lookout for new products.

Since becoming a mum almost a year ago and due to 2020 in general, I've hardly worn makeup but I've recently found myself starting to apply again to cover the dark circles under my eyes. Probably to avoid the inevitable 'You look tired' or 'Are you sick?' which, thanks to COVID, is a conversation I'd prefer not to have.

So, I was interested in trying freezeframe's Revitaleyes (RRP $69). It's Australia's top-selling eye cream, with one sold every 60 seconds.

Here's the beauty spiel: this clinically proven formula contains three super-strength peptides combined in a base which includes vitamin C, hyaluronic acid and a gel tensor system that lifts and smooths the eye area within 30 minutes of using. These ingredients work together to target the three major eye agers - wrinkles, puffiness and dark circles.

It's said to work instantly, and give you even better results within seven days of use.

I joined two women who were also keen to test out Revitaleyes to see if it's worth the hype. 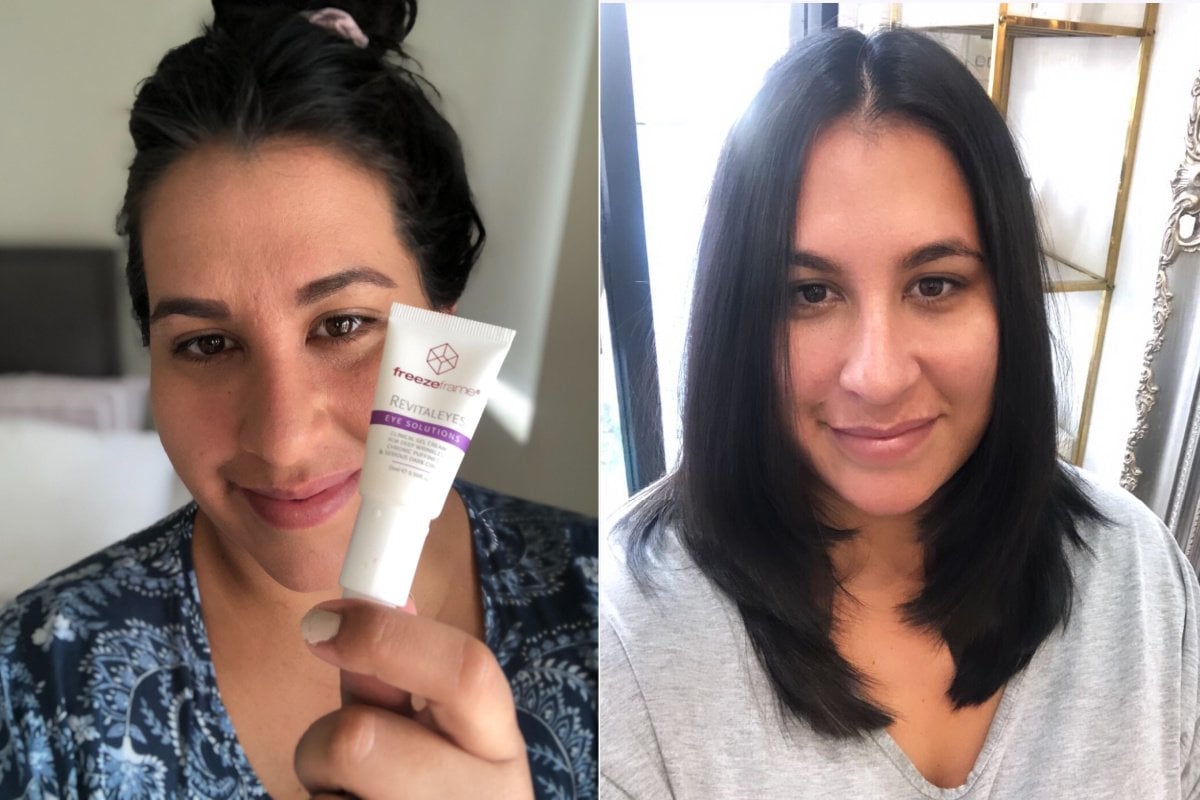 Having olive skin, dark circles under my eyes is natural. The thing is, I’ve tried light concealers that end up making me look like I’ve lost a boxing match to a polar bear, and foundation that ends up sinking into the creases. Not a good look.

On top of this, I'm mildly allergic to my cat. I only discovered this a few months after getting my rescue cat from the RSCPA, around six years ago. So, not only am I attempting to cover my dark circles, but my eyes are constantly puffy and watery thanks to my two feline friends (yes, despite all this, I rescued another a few years later so they could keep each other company).

Over the past week I’ve been trialling freezeframe Revitaleyes, and I must say, I am loving it! It's giving me an instantly brighter, fresher feeling. It isn’t overpowering in smell or texture, but there is a slight tingle to assure you it's doing its trick. I’ve had to stop myself from reapplying multiple times over the course of the day, that's how much I've been enjoying it.

After a week of use, I’ve noticed my makeup is going on smoother around my eyes, with a lot more hydration around that area. Plus, the dark circles around my eyes seem to be less obvious, which is a good sign.

I don't think I remember the day when these two wonderful dark circles popped up under my eyeballs. Is it genetics or my lack of water consumption? Probably both… I don't really get puffy bags under my eyes (yet) so I wanted to try this product mainly for the under-eye circles.

The product is a gel-like consistency. It's shiny when wet, and it feels really nice to apply. I have sensitive skin and it did heat up shortly afterwards but not in a bad way, in a 'Ohhh, yes, it’s working' kind of way. The sensation only lasted 30 seconds before fading away.

After applying the product and also doing my normal skincare regime, my makeup sat really well over the top. I use a moisturising BB cream and, well, concealer obviously.

It’s hard with products like these because I’m pretty much always expecting them to work instantaneously. This is me having too high expectations for most things in life, like birthdays and local stage productions.

The pack says it takes around seven days to see a difference. So, here are my pictures for scientific evidence. I didn’t change my lifestyle variables for an authentic outcome. These are: 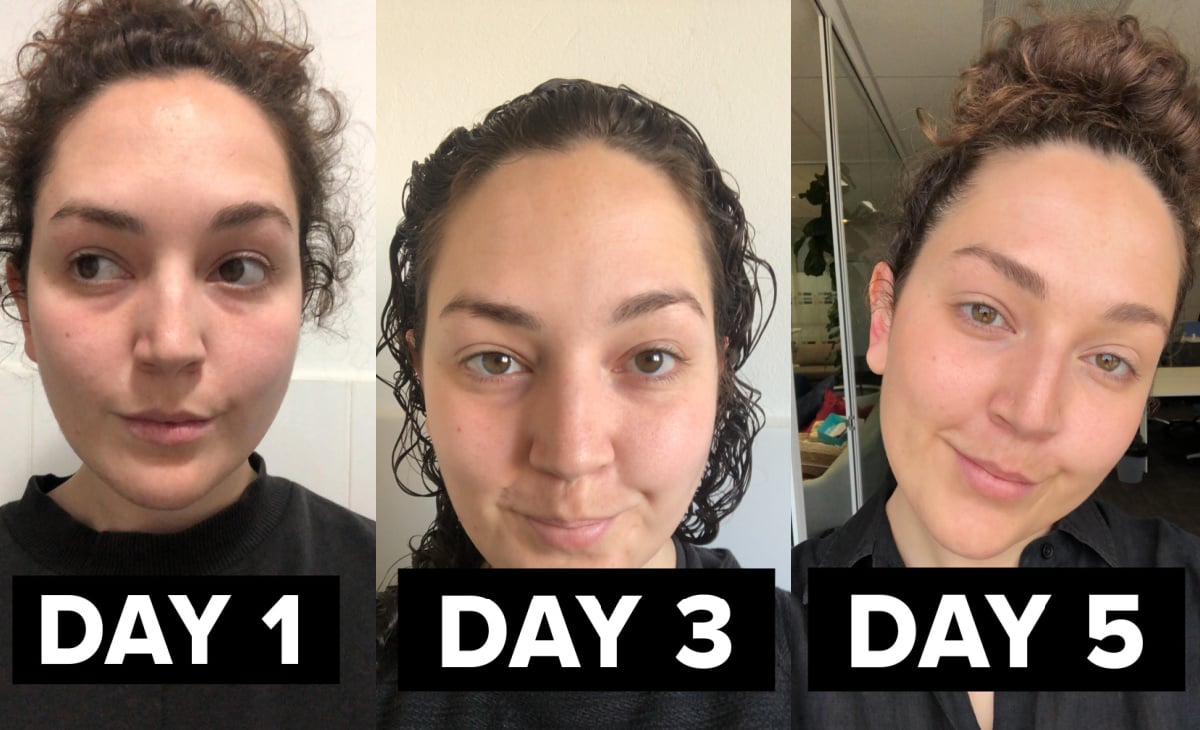 The first thing I noticed was the newfound hydration of my skin under my eyes. This stuff REALLY helps.

The texture of my skin was also smoother, and subsequently my makeup applied better too. I also feel like I looked fresher in the morning.

Around Day 7, I thought I could see a visible difference in the darkness and shape of my under-eye balls. I liked this product, and I'm excited to try it out for longer to see the results. 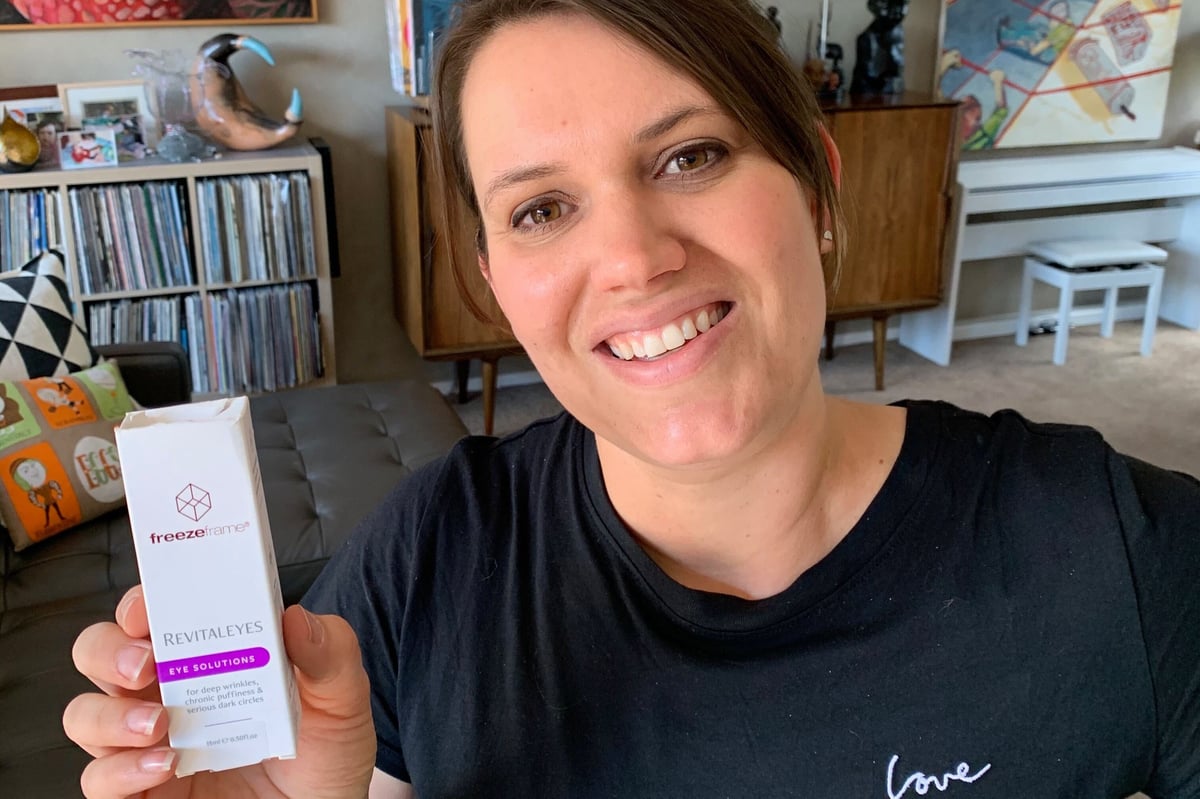 As a primary school teacher under a lot of different pressures, the stress of this year has really taken a toll on my skin.

I often wake up feeling tired, and I'm more aware than ever of the puffiness and fine lines around my eyes.

So, when I tried freezeframe Revitaleyes I was looking forward to seeing if it would help give me a little eye 'freshen up'. And yes, I could do with a little luxury like this right now, even if it's a small thing.

The first thing that caught my eye, so to speak, was that it's fragrance free and suitable for all skin types. I've always had really sensitive skin - it can break out so easily, and I have to be really careful about what products I use.

Thankfully, I had no bad reaction at all. My skin actually lapped it up.

The cream is a lovely, gel-like consistency and also seems to act like a primer to my foundation. It's really light and absorbent, and it doesn't feel greasy like a lot of other products I have tried.

After using it at night this week, my eyes have been less puffy in the mornings, and the skin around them feels really smooth too.

It might be a tiny part of my day I can have control over, but it really does help make me feel and look fresher.

For more info or to buy freezeframe Revitaleyes, check out their website.

Australia’s leading clinical skincare brand solves all of your beauty problems with fast acting, clinically proven formulations. Our constant drive for innovation delivers top selling technologies like Australia’s No. 1 eye cream, No. 1 body treatment and No. 1 lip plumper. Each one clinically proven to transform your skin and body, and help you feel more beautiful.