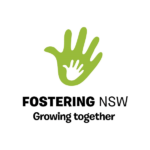 Thanks to our brand partner, Fostering NSW

Danielle had always wanted to be a foster parent.

Having grown up in a low socioeconomic area, she understood the kind of hardships vulnerable children face.

Over a number of years, Danielle, 43, has fostered and provided respite care for a number of disadvantaged children.

I asked Danielle what’s involved in becoming a foster carer. She explained that it’s a lengthy process involving a number of security checks. It requires, “a lot of self-reflection, homework type things, asking how you would deal with certain situations. Key Assets, my foster care agency, were very supportive throughout the whole process.”

I spoke to her about her relationship with one particular young girl, who lived with her until she made the decision to return to live with her birth family. This is something that is quite common with older teenagers and is referred to as ‘self placing.’

Danielle first met 12-year-old Rachel* through respite care. She told Mamamia, “We hit it off immediately…we just really had a strong connection, and that respite care turned into a long term placement.”

Respite care is often provided for a child if their carer has other commitments or falls ill. Danielle took Rachel in for a two-week period, and felt an instant bond. When she returned to her foster carer, Danielle continued to see Rachel one weekend every month, and developed what she describes as a “big sister” type of relationship.

They developed a "big sister" type of relationship. Image: iStock.

After a number of months, Danielle took Rachel in as a foster child full time.

But there was one thing Danielle was insistent upon from the very beginning.

When they first met, Rachel had no relationship with her sole birth parent. She had made the decision to cease communication with her mother.

Over a period of six to eight months, Danielle strongly encouraged Rachel to develop a relationship with her birth mother. "She didn't want to for a long time, I always explained it as, your foster parent isn't there to take your mother or your father’s place. You've only got one mother. Look, if it's safe, and of course every situation is different, in my foster daughter’s situation it was safe for her to see her birth mother with supervision...I want that to be clear...you know, I feel like people need to have some kind of relationship, whatever that looks like, with where they came from."

Danielle's overarching intention was to restore Rachel's relationship with her family, rather than replace it.

"It's part of their identity. Whether it's an everyday relationship or a once a year relationship. A child can never have too many people that love them and you hope you can add that level of emotion to their lives."

In Rachel's case, the Department of Family and Community Services had been involved with the family for some time and were looking at options for Rachel long term. "I think it's really important for the child to see that their parents, and their carer and their siblings are getting along." Therefore, as soon as it was possible, Danielle tried to develop a relationship with Rachel's birth mother.

Danielle's understanding of the foster care system, is that everything must be "for the benefit of the child." She understood her role to be primarily the advocate for that child.

It was her commitment to opening lines of communication with her foster daughter’s birth mother that led to such a positive outcome.

She said, "I think it makes for a better foster care placement, for them to know that you're willing to go out on a limb...to try and include the birth family."

Throughout the course of her time as a foster carer, Danielle was sure to include Rachel's siblings in her life as much as possible, from outings to sleepovers. Although there was initial resistance, which is understandable, Danielle was not willing to give up.

I asked what that felt like, to have to give a child back who you care so much for. She said, "You know what, it really is hard. You feel a loss. And especially in my situation where it was just her and I. In that particular situation we had a really strong connection, I guess I'm lucky that we still stay in contact so that makes it a little bit easier. But yeah it's tough."

Danielle cannot imagine a world without Rachel, and it is a relationship they both hope will continue for the rest of their lives.