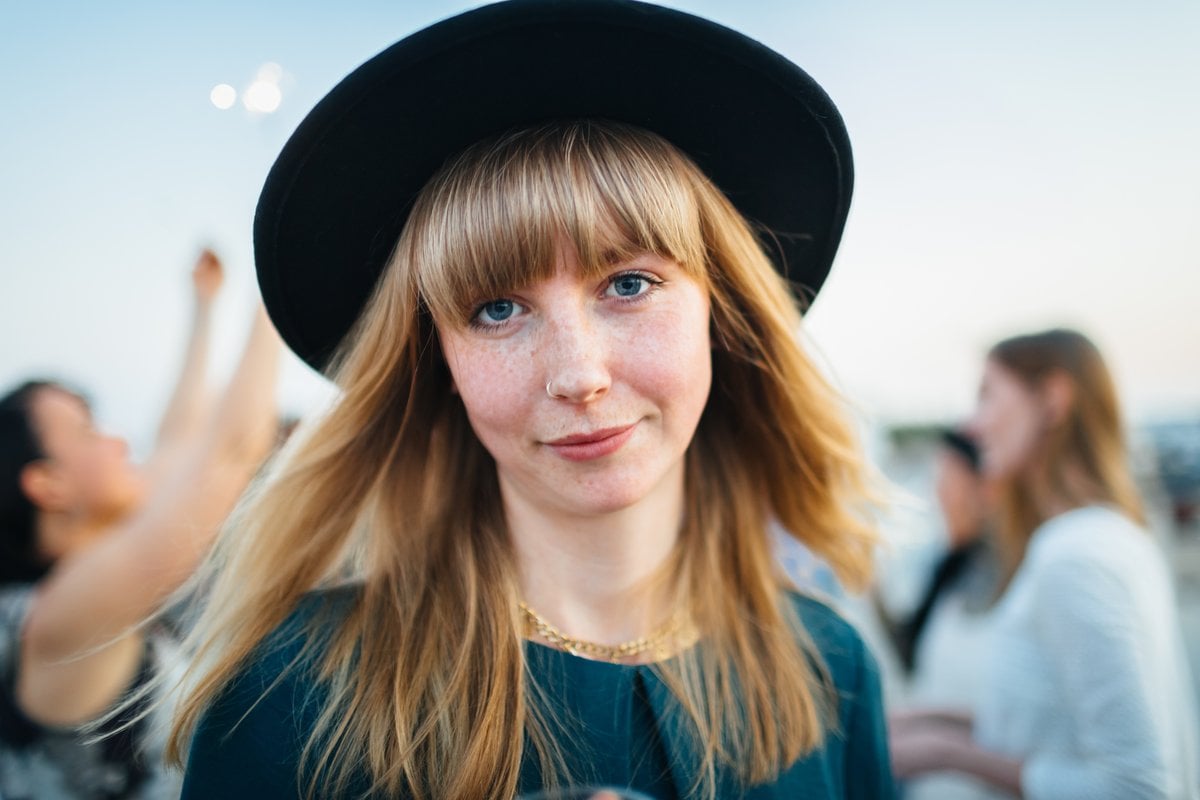 It started out innocently enough - I got home from work and wanted to do some laundry consisting of my work clothes to start the week off on a productive note. I fumbled down the stairs with our large basket, sleeves of shirt draping over the edges.

I thought I would be a nice girlfriend and wash some of my boyfriend’s miscellaneous clothes from his hamper. I set the basket down and started to place small piles from the basket into the washer. That’s when I saw it.

It felt soft. The colour was actually quite pretty. But it wasn’t mine. I didn’t know whose it was.

Watch: The worst excuse we've used for a breakup. Post continues after video.

I pulled a long-sleeved shirt from the top of the basket - where I had put my boyfriend’s pile. I stared at it for a minute, swallowing the lump that was swelling in my throat. He wouldn’t be home for several hours, and I didn’t want to call him and discuss this over the phone.

A hundred thoughts crammed their way into my mind. I was sure this meant he was cheating. I had never seen this shirt before. It didn’t belong to any of my friends, and I was only washing my work clothes. I knew the shirt had come from his pile, but I couldn’t understand what possible explanation he could have for this.

By the time he got home that night, I was a wreck. I had been crying. He instantly knew I was upset and rushed to my side. When I confronted him, he was confused. I pulled out the shirt from behind me and laid it out on the table. He stared at it for a moment, and I could see him racking his brain. I hoped it wasn’t for an excuse or lie.

When he finally began to speak, he seemed defeated.

"Remember when we went to my parent’s house last weekend?" he asked. I nodded. "This shirt belonged to my ex-girlfriend, Kyra. I grabbed some stuff, including clothes, that I had been keeping at my parent’s house. All that stuff used to be in my apartment with her. This shirt must have found its way into my clothes, and I just didn’t notice it when I was taking stuff. I am so sorry," he confessed, tears welling in his eyes.

My first instinct was that he was lying. I was always so afraid of being the girl that was being lied to - the girl who was being made a fool of, and who would believe anything even if the truth was painfully obvious.

I thought of how I could even tell my friends this happened, and what they would think.

Then I started to feel angry that the situation had even occurred in the first place. If he was telling the truth, I wished he had considered that some of Kyra’s belongings would be entangled in his. I was upset she was even coming up in our relationship at all.

I wished he had been more thorough when he was going through his things.

I started to really consider what he had told me. If he was cheating, I don’t know when he would even find the time to do so. We are both really busy, but make a point to text or call each other throughout the day. It would mean he was cheating in the midst of all this, which would truly make him a candidate for being a sociopath. I was pretty sure he wasn’t a sociopath.

In the end, I forgave him. But I was still angry this situation had even happened.

I wanted to make it very clear that it’s okay for people to make mistakes. They happen, and it’s a part of life. It’s a part of being in a relationship.

In dealing with the past, I think it’s important to do everything in your power to make sure certain envelopes are sealed. When he was at his parents' house, going through his belongings, I wished he had made absolutely certain none of her things were entangled with his. He shouldn’t be thinking about her, or even wanting to think about her. What’s more, I absolutely do not want to think about her.

This situation introduced the notion of him cheating into our relationship, regardless of whether he did anything or not. This situation is not typical, and does not happen regularly in relationships. Unfortunately, things like this can plant a seed.

His past is now our present, even if for a fleeting moment. Even if I believe him, there is a part of my mind that will always wonder. Now I have physical evidence of his past where he lived with another woman. That is something I had never expected to receive.

Still, I believe what he told me, and I forgave him. I decided to voice my grievances and hope for the best moving forward. The very next day, I tossed the shirt into our garbage. In a year, when I can laugh this off, I’ll wish I had kept it.

It was a cute shirt.

Reply
Upvote
My ex gave my son a hat that his ex fiance told him to give to me .  I.dont care I wear it sometimes .  Cheating is terrible . It's just best to say look I don't love you I'm going to cheat it's over . Don't do it behind someone's back
N
Natasha69 4 months ago

Reply
Upvote
1 upvotes
Babes. I literally just made an account to comment on this post. This does not sound ok. Mr man has done nothing wrong. "He shouldn’t be thinking about her, or even wanting to think about her". But!! I think about my ex all the time, no emotions or feelings involved, but simply as a part of my life that happened. We are all allowed that! I'm in a wonderful relationship, and knowing that I can think fondly of a time in my life without it meaning anything to my current circumstances is wonderful. My boyfriend absolutely does the same probably, fine! We still wake up smiling at each other. "What’s more, I absolutely do not want to think about her".. why? She is just another human, it's ok for your partner to have been with other people. Would you prefer it if he had come into the relationship with no experience and emotional capacity? Babes. Hun. This sort of vigilance in a relash doesn't have to be the norm!
M
mamamia-user-482898552 4 months ago