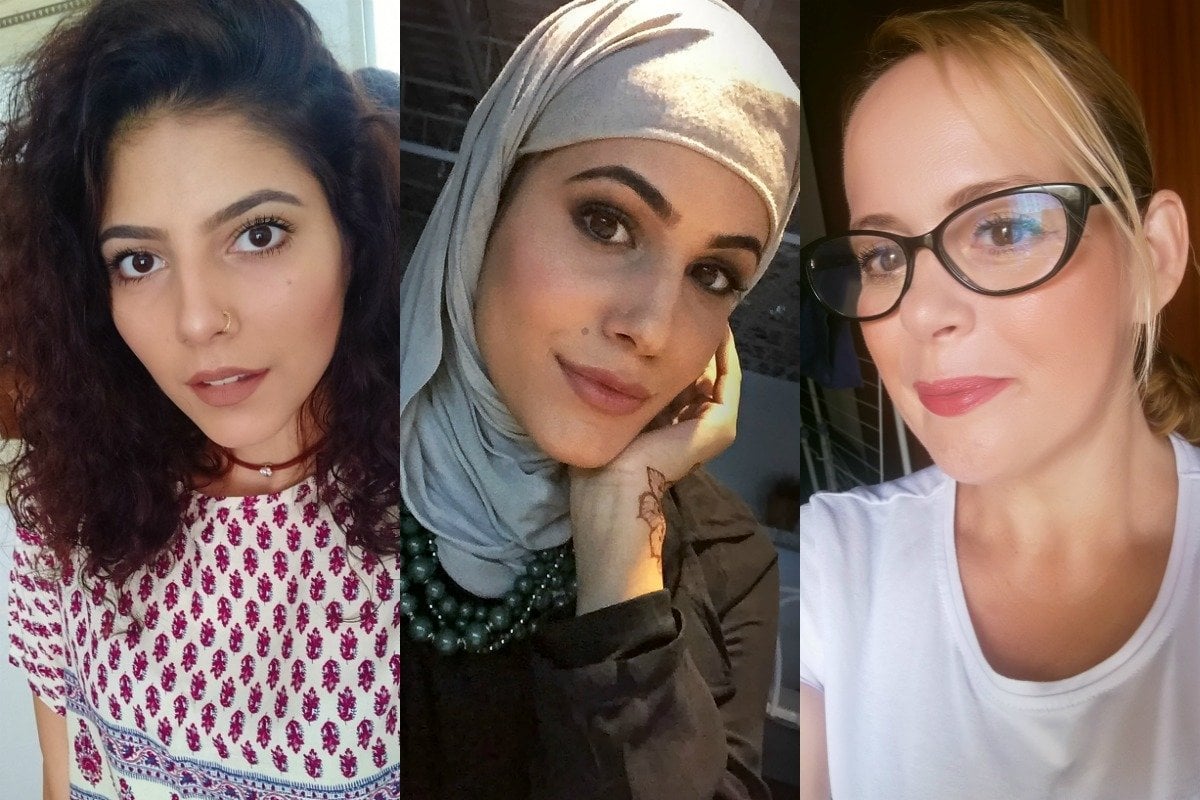 Filmmaker Laura Mulvey first coined the term the "male gaze" in 1973, putting into words a concept women have lived with, and struggled with, forever.

It can be a difficult concept to explain to those who haven't felt it.

We live in a society structured by, and for the benefit of, heterosexual men. That's changing slowly, but it's hard to change something that's ingrained in every facet of the way we live. While men are historically seen as the "doers" of the world, women, traditionally, are expected to take a more passive role.

Watch: If a man lived like a woman for a day.

Our bodies have been ogled at, sexualised and judged in a way men's bodies just haven't. And what we've realised after talking to the Mamamia community is just how terrifyingly early that starts.

In 2015, a Reddit thread asking women when they first noticed men looking at them in a sexual way received more than 20,000 comments, all from women detailing stories from their youth.

Someone took the time to collate the ages, and the average age that women in the thread noticed men began looking at them sexually was 12, followed by 11, then 13.

Age that women first noticed men were looking at them sexually http://t.co/MI8nhXTuZs pic.twitter.com/VjiBynJuCn

TV presenter and podcaster Lil Ahenkan (AKA Flex Mami) shared the tweet recently, prompting us to take a closer look at women's experiences.

As Clare tells Mamamia, the first time she became aware of the male gaze she was only "five or six".

"I was playing on the monkey bars at my best friend's house. She had family over, and her mum came up to us and quietly told us to stop playing because when we flipped around everyone could see our underwear. I remember being so confused about why she was mad at us, and it was only years later that I understood she was saying it was inappropriate."

At the age of seven, Emily remembers being watched a little too closely by a man while she was in the pool at her babysitter's house. He didn't do or say anything, but she felt uncomfortable - another hard truth to explain to the uninitiated.

Renny's experience was also while she was wearing swimwear.

"At swimming carnivals in primary school I remember waiting in line for my race and male students would make small comments about my body, or they'd untie the back of girl's tops so they flung up."

When Polly was 10, she can remember being winked at by old men at the supermarket. At the time she thought the lovely old guys were just being friendly, but with the benefit of hindsight, she feels otherwise.

A few years later on a holiday with family, Polly was buying soft drinks at the pool bar but the barman - a man in his 20s - didn't charge her because "she was cute".

At the age of 11, Katie was told to "cover-up" and "buy a bra" by a female teacher because she was "distracting the male staff".

When she was 15, Emma was with her family playing trivia at the local pub when a guy in his 40s at the next table asked for her number when her mum wasn't looking.

"I gave it to him because I was honestly petrified... .he texted me asking if I wanted to come and do drugs at his house and give him a BJ. I freaked out and told him I had a boyfriend and deleted all the texts on the spot," she told Mamamia. 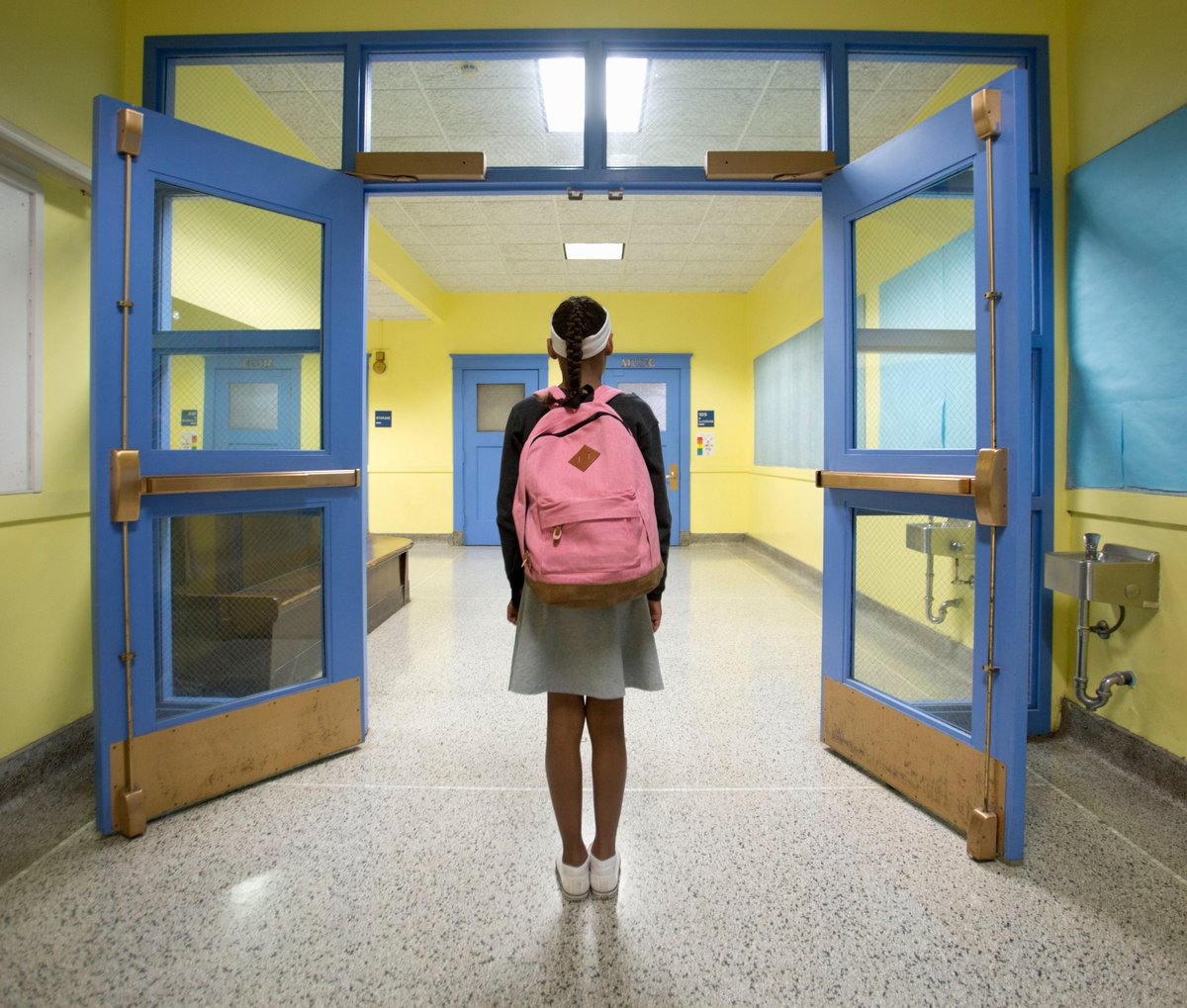 The average age women remember being sexualised for the first time was 12, according to a Reddit thread. Image: Getty.

When Lucy was 15, she found herself being followed home by some tradesmen in their 20s. They didn't do anything, but she could feel their stares and ran home spooked.

"I remember once saying that I didn't like it when men beep at me while I am walking, and a man I was working with at the time said it was a compliment, and 'would I rather they didn't?' because that would mean I was ugly."

When Jess was 14, she too found herself being followed by a man much older than her.

"He literally sprinted across the road to get to me and walked alongside me for ages, asking me heaps of questions about where I lived, my age, where I was going, what perfume I was wearing. I was so scared and just made up a bunch of answers. He didn't leave me alone until a man who was washing his car yelled at him," she said.

When Mel was 15 and on school camp, a group of men in their 20s at the campsite next to them started chatting to her group of friends.

They snuck out of their tents after lights out to continue the conversation, and "each of them invited one of us to go talk privately".

But as long as we live in a world where push-up bras are marketed at 12-year-olds, and female sexual objectification is at the centre of our advertising, merchandising and entertainment, we'll continue to signal that the objectification of women's bodies is okay.

The scariest part, however, is that in all these scenarios - detailing the first time women experienced sexualisation - they were not women at all.

They were very, very young girls.

B
bittersweet a year ago

Reply
Upvote
I was 10 or 11, but had started developing early.  Was quite common to get wolf whistled, from guys in cars and houses, when walking down the street.  I hated it so much.  Learned very early to maintain a poker face and pretend I couldn't hear them.  Glad that sort of behaviour is a lot less prevalent now than it used to be.
M
mamamia-user-459038664 a year ago