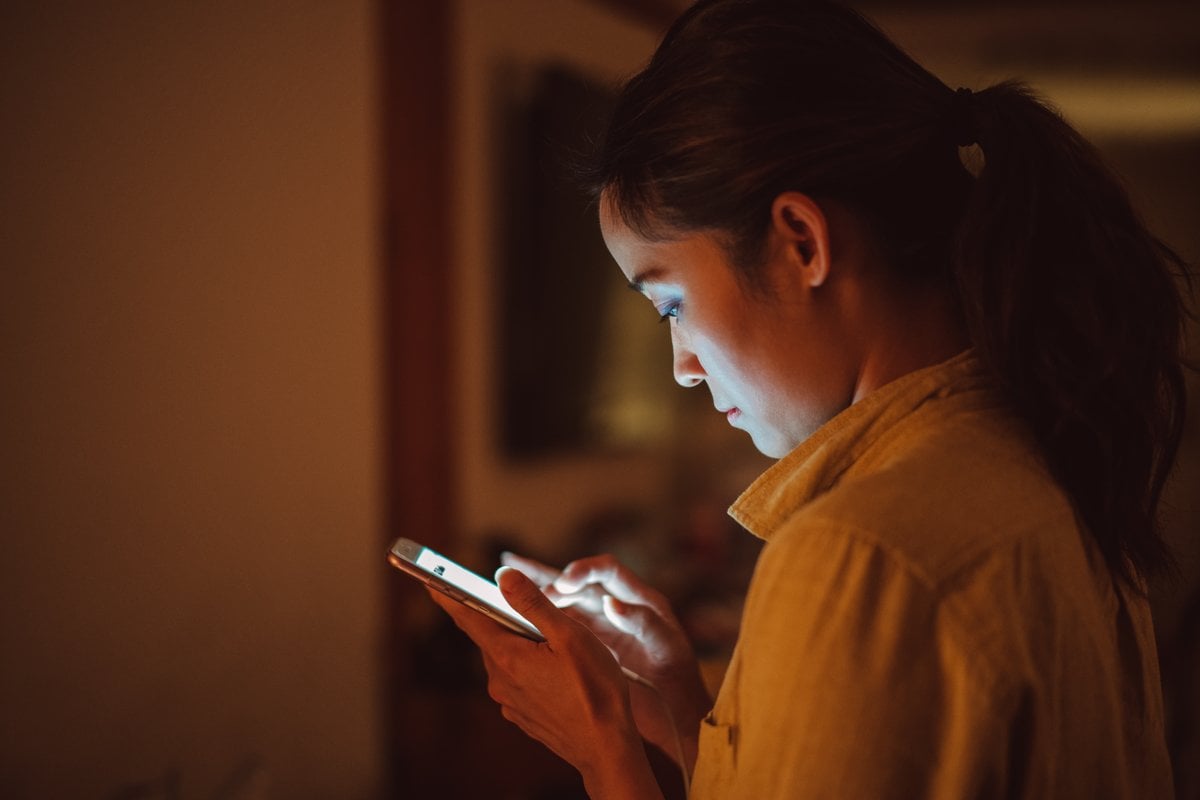 What are the major milestones in our lives?

Getting a driver’s license.

Moving out on your own.

No one ever mentions an event that forms your future relationships: your first love.

Or, more specifically, the heartbreak that comes with first love.

It was a classic tale of teen romance. Martin was two years older, lived in a town a few hours away, and came to my high school for a volleyball game.

I was 14, only one of three somewhat ethnic kids in my high school with ultra-religious Muslim parents and perfect grades.

It was a tale as old as time.

In a world lacking internet and cell phones, but with strict parents who wouldn’t even let me wear shorts, our only form of communication was by the written word. Since my mother read all my mail, Martin sent his letters to my friend’s house. Eventually, I got my own phone line, but the written letters remained. While I was beating myself up for my imperfections, Martin told me I was his "parents' wet dream of a child". We dated for four years.

Martin was my first everything. First time having sex. First love. First time getting caught in a secret relationship by my mother (I have since improved my ninja skills at secret relationships). First formal date. First time I had been cheated on. The first time someone told me "I had an HIV test come up positive". First time going to his apartment accompanied by two massive bodybuilders who threatened to rough him up if he didn’t pay me back $250.

Martin and I broke up shortly before my school formal. Annoyed that I had already footed the bill for his tux, he told me he would still attend. My younger self and her sh*tty self-esteem thought that was a good idea. It led me back to his apartment, where naked teen shenanigans occurred.

And so, we began dating again.

He failed to tell me he had already gotten a girlfriend during that time. Martin’s world was of the druggie, underground music scene, which was in stark contrast to my clean-cut, university-bound image. The new girlfriend matched his vibe. The kind who smoked, had dozens of piercings, and wore peasant skirts.

I worked a shift at my clothing store job on my 18th birthday. The phone rang, and it was Martin. He was calling to tell me he had a positive HIV test. I always made him wear condoms. MTV generation and all; I wasn’t going to risk STDs or pregnancy, despite also being on the pill.

Just once. Just once we had sex without a condom. On the phone, I told him that I’d see him after work.

My brain turned numb as I finished my shift. I got on the bus to meet him downtown. Martin walked towards me in one direction. In the other direction walking towards me was Andrea, the unbeknownst-to-me girlfriend. The one who I was always told, "There’s nothing there. Nothing is going on."

Andrea barreled at me with her fists. Coming from a violent household, my only skilled moves were in defence. I grabbed her hair and pushed her head down while she kept swinging.

In self-defence classes at school, they always teach you how to fight a male assailant. They never tell you what to do if it’s female. And so, with my hand full of hair pushing her head down, I instinctively kicked between her legs. You know, to kick her non-existent balls.

I missed. I kicked her in the face instead.

The entire time, with her face, forced downward, she kept swinging both arms. Somewhere in the chaos, she clocked me in the eye.

Andrea kept screaming, "Let go of my hair!" and I kept yelling, "Stop punching then!"

She said, "Stop seeing my boyfriend!"

I replied, "Wait, he’s my boyfriend."

And then we stopped. And then we turned towards him. And Martin was trying to sneak away from the entire incident. Suddenly a united team, Andrea and I yelled at him to come back.

We didn’t get very far with him because in the spectacle at the bus stop, someone called the police. I had never spoken to a police officer in my life. I could only imagine the beat down I would get from my parents if I was arrested. I was a nerd with straight-As, a scholarship, and I worked two jobs. Girls like me didn’t get in trouble with the law.

"How old are you?" the officer asked. "Today is her 18th birthday," Martin answered. I gave him a look of death. Thanks for letting him know I was a legal adult, arsehole.

She and I chatted about Days of Our Lives and how we had both gotten played, all while Martin stood there. He explained how he had a positive HIV test.

With nothing else to say, I left.

Back then, HIV test results took weeks. I imagined what would happen if I received a positive result. Back in the early 90s, it was nothing more than a death sentence.

After getting my negative test result, Martin called to tell me it was a false positive. Despite that news, I was so paranoid that I continued to visit different labs to re-take the test for months. One lab assumed I was a needle user because of the excessive bruising on my arms from the tests.

I only saw Martin one more time after that incident. Months later, I told the story to my coworker who was also a bodybuilder. I also mentioned that he owed me $250, which was equivalent to a few thousand to a teenager in the early 90s. He and his buddy drove me to Martin’s apartment, where they did a shakedown to get my money back.

And that was it. I never saw or spoke to him again.

That relationship single-handedly shaped my views on relationships for the rest of my life. I’m still a sucker for blue eyes. I’m still exceptionally paranoid about HIV. My autistic brain formed a quantifiable way to get over a breakup. I taught myself how to flip a switch to get over someone (which unfortunately failed me twice but overall has a solid success rate).

I treated my next boyfriend like garbage. I even wrote a letter that I’m not sure I’ll ever have the guts to send.

Then, this morning, I got a message from a LinkedIn user:

Hey Jennifer, don’t worry about accepting the invite, just needed to send a brief message to apologise. I know, 25 years later... a bit weird, but I always was a bit unusual. Yes, I did change my last name. Think high school and volleyball. Hope life treated you well. All the best in the future.

I did what any rational woman would do when receiving a message from an ex. I immediately texted my high school girlfriends and relayed the message. So far, the highest bet goes to him being in a 12-step program and he’s forced to apologise.

Common sense says not to write him back.

But there’s a part of me that’s in defence of my teenage self that wants to know more. I want him to tell me why he’s sorry. My younger self is pleading with me to avenge her. I accept Martin’s LinkedIn request with a reply:

1. Why the last name change?

2. Um. Just so we’re on the same page... what are you apologising for?

While I gave myself closure decades ago, I’m still open to healing old wounds.

You can read more from Jennifer M. Wilson on Medium.