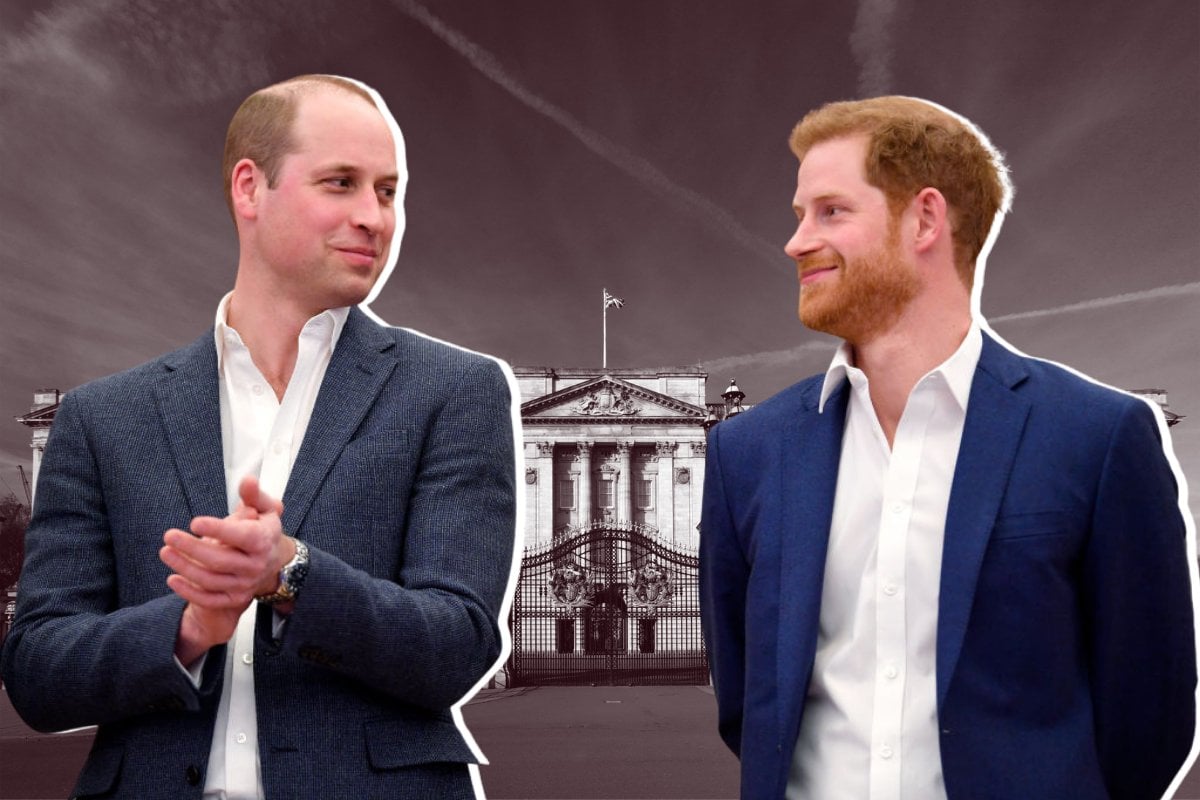 The following is an edited extract from Why First Borns Rule the World by Michael Grose.You can purchase it from Booktopia.

If following a superstar in a family is one of the most difficult birth-order positions of all, spare a thought for a child known as Harry, born just over two years after his eldest sibling William.

His family carries the Mountbatten-Windsor surname, but he and his brother are better known as Prince William, Duke of Cambridge and Prince Harry, Duke of Sussex, members of the British Royal Family.

The former, Prince William, is second in the line of succession to the British throne, and will inherit various titles and a duchy from his father.

Prince Harry is currently sixth in line to the throne, with his nephews and niece filling the positions above him.

Harry may have shared the same gene pool as his sibling, experienced similar parenting and received the same education as his brother, but the similarities in family circumstances stop there.

Eldest son William’s life path was mapped out before his birth.

He was born to be king, which is a huge responsibility to carry. His upbringing, education and career paths were designed to fully prepare William for this role.

Harry, on the other hand, although a member of the Royal Family, was born into a position with few of the responsibilities given to his eldest sibling and even fewer privileges.

Harry is in the unenviable position of being born second and also being the youngest in his family – William is the heir and Harry is known as the spare.

While very few people experience the high-profile existence of the British royals, a family with two children of the same gender born two or three years apart is now common.

These seconds don’t experience the ignominy of dethronement that middle children go through, neither do they enjoy the same relaxed parenting style that many youngest children enjoy.

Their parents are still learning on the job.

As the eldest sibling constantly takes their parents into new ground, the second is not far behind.

Although second-borns take cues from their elder siblings when developing their own personalities, traits and eventually life paths, the second-born will be a very different person to the eldest.

If they share the same gender as their eldest sibling then seconds will invariably diverge even further from the personality and pathway of the first-born to differentiate themselves and access the rarest of all parental resources – attention.

Youngest, but never the baby of the family

Few parents describe their second and last child as the baby of the family in the same way that parents of three or more do when discussing their last born.

‘She’s my baby’ seems to sit well when applied to a third or fourth child but seems to grate when referring to a second born.

‘The baby of the family’ tag reveals a great deal, suggesting that parents expect a little less of their youngest than their other children, keeping their youngest dependent on them for longer.

Seconds who are also last-borns don’t have two or more older siblings constantly reminding them that they are more capable, so they have less difficulty being taken seriously by others.

While their eldest sibling may take great delight in letting them know who is boss, this message isn’t on repeat, which often occurs in larger families.

They don’t grow up with the same self-esteem deficit that many youngest children experience due to being constantly compared to more able siblings, which allows this group to appear more outwardly confident than many last-borns.

If the first rule of Sulloway’s sibling road is that first- and second borns will be different in personality, interests and achievements, then princes William and Harry are its poster boys.

Both siblings enjoyed similar childhoods. Their fourth-born mother, Diana, whose parenting was tempered by both a difficult upbringing and her birth-order position, was determined to bring her children up to experience the world as ordinary children.

She took her children to Walt Disney World and McDonald’s and bought them items typically owned by teenagers at the time such as video games.

She also tried to instil principles of social justice by taking them to AIDS clinics, homeless shelters and other social welfare venues.

Although she was tragically killed in 1997 when the boys were 15 and 12, they enjoyed relative anonymity while completing their secondary education.

Post-secondary schooling, not only has the life path for each prince become different, but it is evident that they possess divergent personalities.

Although they share a passion for the environment and social justice, which can be seen in their commitment to charity work through their foundations and royal patronages, it seems they don’t have a great deal else in common.

William is the perfect heir to the throne, attending faithfully to royal duties from his late twenties with very little controversy.

He married Catherine Middleton in 2011, who is recognised as a royal insider and an ideal fit as a future queen consort.

Prince Harry developed a very different reputation to his brother in his late teens. Labelled a ‘wild child’ by the British tabloids, Harry showed his rebellious streak from an early age.

At 16, he admitted to smoking cannabis and drinking underage.

When he was 20, he was famously photographed wearing a German army uniform with a swastika armband at a party.

In 2012, he was photographed with a naked woman at a Las Vegas party.

However, Harry’s marriage to American actress Meghan Markle in 2018 showed he was made of different stuff.

Markle is not only a royal outsider, she isn’t even British. She is also an independent woman of means with her own career.

In 2020, Prince Harry withdrew from royal duties and moved to California with Meghan and their young child, much to the ire of the British establishment. A very different life beckons for this young man determined to forge his own life path.

Harry typifies many second-borns who are also youngests, as they seek a very divergent path to their first-born siblings.

Part middle, part youngest, these children are willing to take more risks than their eldest siblings in terms of occupation and life choices.

Like many middle children these seconds are more likely to be innovative, sociable and rebellious.

But they are revolutionaries of a different kind.

As Sulloway states, when middles rebel, ‘they do so largely out of frustration, or compassion for others, rather than from hatred or ideological fanaticism. Middle children make the most “romantic” revolutionaries.’ And like many youngest children, these seconds have a tendency towards extroversion, charm and risk-taking. Middle and youngest traits – a potent mix for any potential agent of change.

What are same-gender seconds who are youngests really like?

First-borns have parental attentiveness locked in and they ensure this by being staunch defenders of the family’s values and the status quo.

A child born second who is the same gender as the first-born will take cues about attitudes, interests and behaviours from the eldest sibling.

Divergence is the key to gaining parental attention and investment, so these seconds are primed to take a different path than their eldest sibling.

However, this takes time. While second-borns benefit from having a parent who has been broken in by an elder sibling, they still receive a great deal of attention and parental resources.

Parents are not run off their feet as they would be if they had three or more children, but the pressure tends to be off slightly in terms of living up to parental hopes and dreams.

Seconds who have never been dethroned generally benefit from having a sibling to lead the way as well as parents to teach and nurture them.

This is an edited extract from Why Firstborns Rule the World, by Michael Grose. You can purchase it from Booktopia. 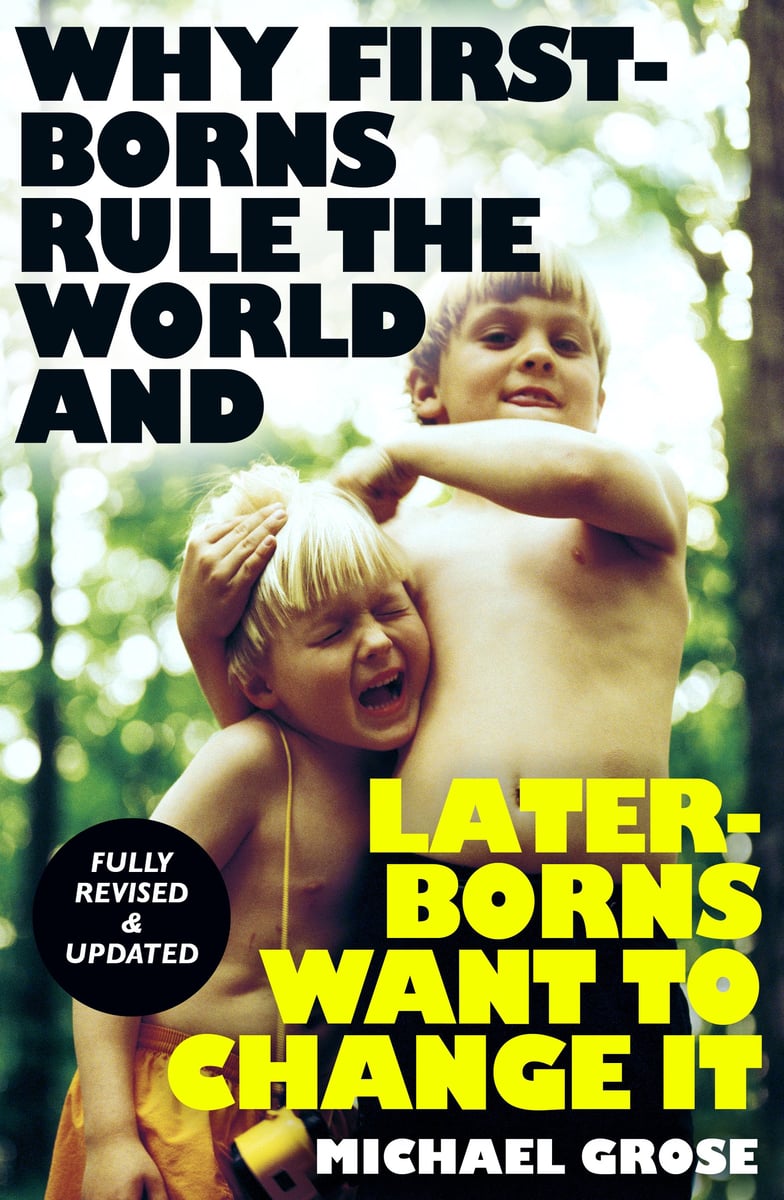 Michael Grose is one of Australia's leading parenting and educational writers and speakers. He is the author of nine books for parents, including the best-selling Why First Borns Rule the World.