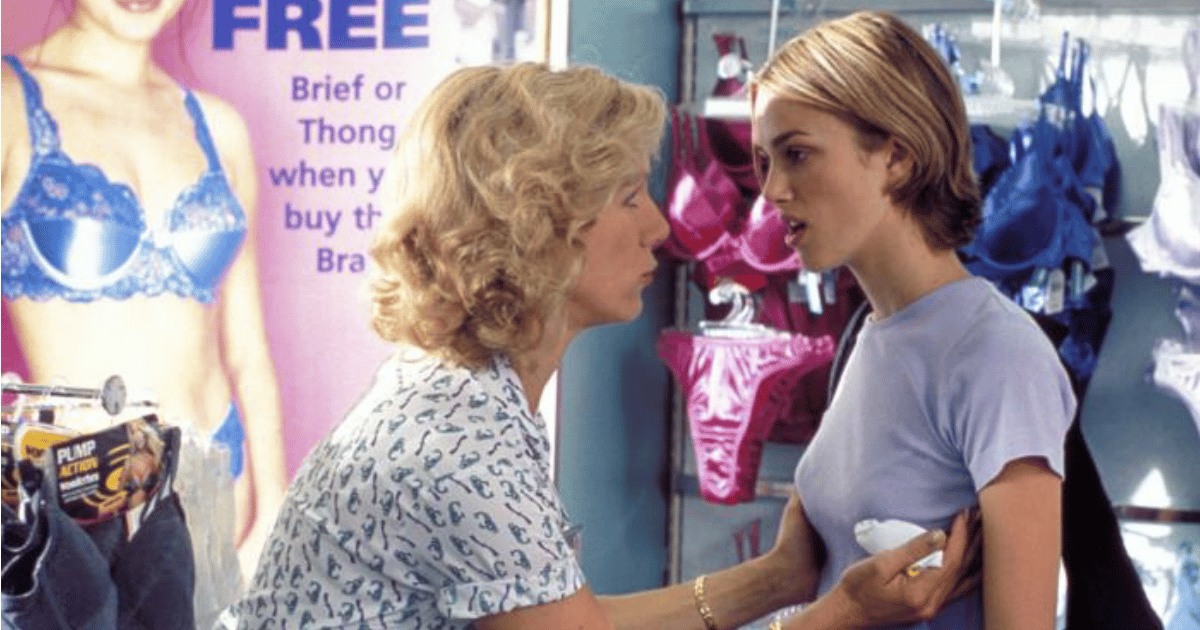 Many women start wearing bras in their teen years, if not earlier, and continue to do so for the rest of their lives.

You’d think we’d have bra shopping nailed early on, but often this isn’t the case at all. Not only are many of us buying the wrong size bras, we have no idea how a well-fitting one should actually feel.

In a recent Reddit thread, a bra specialist who’s “fitted all sorts of boobs” encouraged users to ask the bra questions they’ve always wanted an answer for — but were maybe too embarrassed to ask out loud.

Here are 12 seriously useful pieces of information she shared about finding a bra that fits — and making it last the distance.

You wouldn't buy a pair of jeans that gaped in the back or squished you, so why accept a bra that does those things?

"The cups should not dig in, or be that noticable under clothing. If they are digging in, go up a cup size. If they are gappy, go down a cup size," the fitter explained.

Another sign the cup size could be too small is noticing extra fabric at the bottom of the bra when it's on.

"This can be the 'orange in a glass' effect. The cup is actually too small, and doesn't allow your breast to fully settle into it, leaving empty space at the bottom," she added.

2. Your band shouldn't dig in, either.

"The band should sit horizontally across your back, and you should be able to fit about two fingers under the band. If it digs in, go up a size. If it rides up your back, go down a size," the fitter says.

Also, you should always try on bras at the loosest hook.

Ever tried on a bra and found it almost fit... but something wasn't quite right? The fitter recommends trying its "sister size".

Note: this is not usually how a bra fitting works... Image: Universal Studios

4. A bra shouldn't cause you pain.

"Bras should stop pain, not lead to it!" the fitter says. Firmness can be good, but if it pinches or digs in? Walk away. (But put it back on the rack first, of course.)

5. Sometimes, trying a bra on backwards is helpful.

This is particularly relevant if you're struggling with finding the right band size.

"If you are finding the back too tight, try the bra on backwards. If it fits alright then, this means the cups are too small. Then try going up a cup size in the same band," the fitter says.

"However, if the bra is too tight even backwards, the band is probably too small."

6. If your boobs are different sizes, cater to the larger one.

Boobs are never perfectly symmetrical, but for some of us the difference in size is significant enough to make bra shopping a challenge. This fitter advises buying for the larger of the two, because "gaping is far better than squishing."

7. Your bra size might be bigger than you think it is.

Think you're a 12C? Unless you've been fitted for that size by a profession, there's a chance you're wrong.

"Women who have been wearing the wrong size (often large back, small cup) will get measured, and actually need a much larger cup." (Post continues after gallery.)

Here's a surprising one.

"Often women who have lost weight will be quite upset that they haven't lost a lot of weight off their breasts. I had one woman almost break down crying, a small she could not find a 'cute' bra in her larger cup size," the fitter says.

Although it seems logical that weight loss would result in smaller breasts, women can end up needing a larger cup size than they did before.

"The cup size is a measure of difference between the fullest part, and your ribs. So if you lose a lot of weight off your rib cage, the difference gets bigger. You will need to go down band sizes, but up in the cup," she explains.

9. Pay attention to how the 'gore' fits.

While this will vary from one style to the next, the centre panel or 'gore' of a bra — i.e. that bit between the two cups — should sit front and centre and not tent between your breasts.

That bit in the middle is called the 'gore'. The more you know, hey? Image: iStock

"[It will] usually touch your breastbone ... If it does not touch the breastbone, try going up a cup size," she adds.

Caring for your bras

Bra shopping isn't a particularly fun experience, so when you do get your hands on bras that fit you want to do everything in your power to make them last.

Here are the care instructions our Reddit fitter shared:

1. Ideally, you should wash them by hand.

Saw this one coming from a mile away, huh?

"The best washing method is by hand, with gentle bar soap. Many women wear their bra into the shower, and wash it while they're in there!" she says.

Watch: Apparently, there are seven different breast shapes. Which one are you?

2. If you're using a washing machine, take precautions.

Let's be honest — hand-washing isn't always an option. However, if you're popping your bras in with your laundry use a gentle detergent and select the handwash or delicates setting.

"Do up the backs, fold one cup into the other like a 'bowl' (one will be inside out), and put them in a washing bag," the fitter explains.

"This goes for all bras, except for ones that can't be turned inside out like push-up bras. Just put them in the bag right way out."

Another great tip: if you don't have one of those underwear washing bags, just use a pillow case and knot it up at the opening. Ta-da!

Drying your bras the right way is important, as it helps to retain shape. Sadly, chucking them in the dryer is not the way to go.

"Treat it like a precious pet. You wouldn't iron, line dry or tumble dry your chihuahua, so don't do it to your bra!" our fitter says, rather emphatically.

"The best way to dry them is loosen the straps, do up the back, reshape the cups, and sit it on a towel to air dry. If you must hang it up, hang it folded in half, so the gore is supporting it. Never hang it by the band."