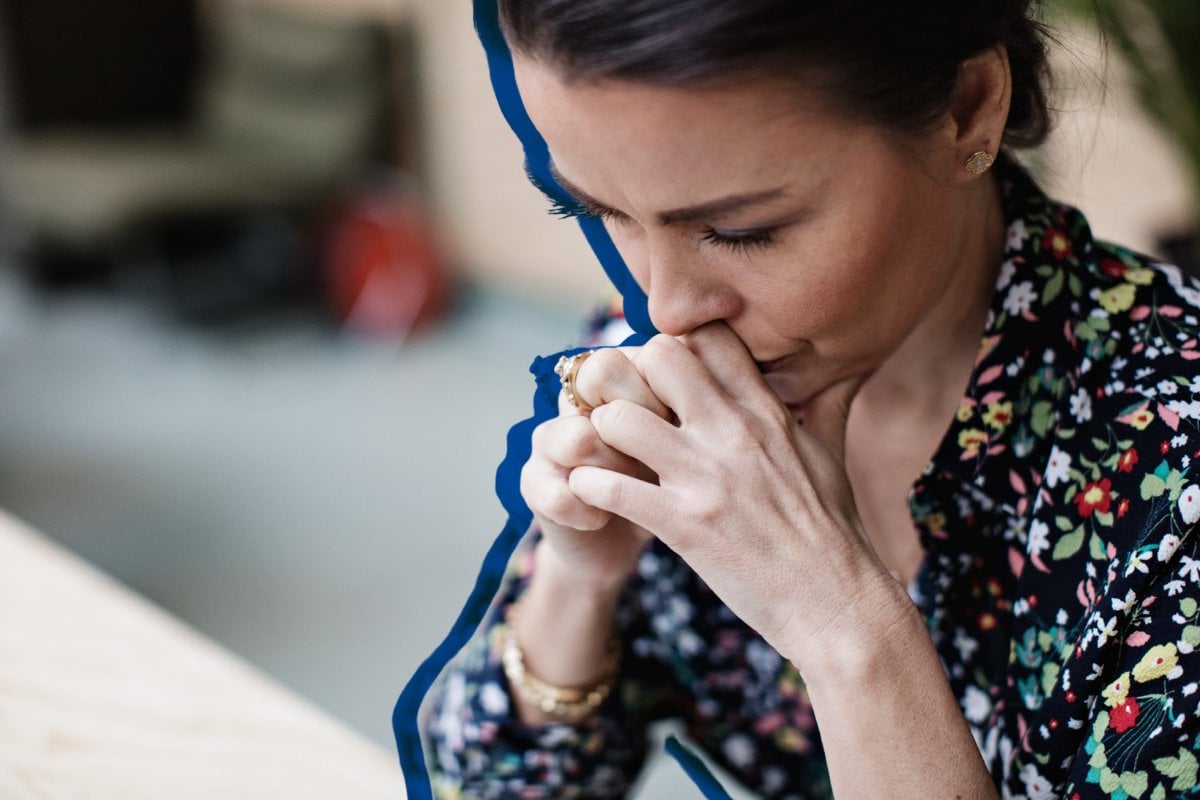 “I’ve started to hide cash,” I told my therapist. It was only small amounts from our grocery budget, but I felt guilty lying to my husband.

I hadn’t expected that answer and, for the first time, it registered that perhaps our money situation was more abusive than I’d realised.

Watch: A letter from your future self. Post continues below.

We’d been married for over a decade and from the start, my husband put me in charge of our finances.

He’d gotten himself into massive debt before we met and he had no interest in money, other than spending it.

In the early years, I would try to include him in the weekly budgeting. I’d write down everything we needed to pay and show him my plan. “Are you happy with that?” I’d ask.

He waved me away, not even glancing at the budget book. “I trust you,” he said.

Having managed my own money for years, being in control of the budget suited me. This way I could work out a plan to pay off his debts and build up our savings. Perhaps we could even buy a house one day.

I wrote down short and long-term financial goals and shared them with my husband. “Sounds good,” he said. And it was, for a little while.

A few years later, I paid off the last of the debt and the balance started to grow in our savings account.

But it didn’t last. He quit his job suddenly, unexpected bills came up, the car broke down, the power bill was higher than we expected... Pretty quickly our savings account zeroed out again.

It had been a few years since my husband had looked at our budget book, but the stress was getting too much to handle on my own.

“We really need to do something,” I said. My husband agreed: we needed to seriously limit our spending.

We discussed an amount of “pocket money” we could afford. We’d get it out in cash to spend however we each wanted. It seemed like a solid plan and I felt my panic subside.

But every week, the amount changed. No matter what new limit we’d agree upon, he’d overspend, dipping into our bills account. To keep the peace, I just fiddled the numbers, taking from the grocery account to make sure the bills were paid. Did it really matter if we ate a little leaner that week?

“We should get a credit card,” he suggested one day. “Just to cover us for a bit.” I’d never used credit before and having just worked us out of debt, I was reluctant to head back in.

“I don’t know,” I said, but I eventually agreed a card with a $1K limit would help us cover those unexpected costs.

Before long, it was maxed out. We were back in debt.

Listen to The Quicky, Mamamia's daily news podcast, about financial abuse in relationships. Post continues below.

Eventually, our income improved and I looked forward to building our savings again. Except the more we earned, the more he spent, and the more he watched what I spent.

“Did you buy the kids an ice-cream today?” he sat at the computer, examining our bank account.

“Yes, it was only $1 each. I had a little bit left over after groceries,” I said, confused.

Our income wasn’t small anymore. We could certainly afford an ice-cream occasionally. The sudden interest in our finances was odd.

“You’re spending too much on takeaways,” he replied.

A few weeks earlier he’d put over a thousand dollars worth of tools on store credit without talking it over with me. He’d simply handed me the bill and told me he knew I’d “sort it out”.

I knew by now not to say anything. It’d start a fight if I did. He often reminded me he earned most of the money and could spend it how he wanted to, even if it didn’t fit our budget.

But why was I having to answer for $2?

I knew people who had been abused financially.

Their partners limited their access to the bank accounts, cut up their cards, wasted all their money gambling or drinking. One woman I knew was given a tiny amount for groceries each week to feed her four teenage children on. Meanwhile, her husband spent nights eating out at restaurants with friends and spending money at the bar. He refused to let her work, insisting her place was at home. It was obvious abuse, and she eventually left.

My situation wasn’t like that. I was in charge of our finances. How could that be abuse? But increasingly, things started to feel off.

One day, an emergency meant I had to go out of town for a few days. My husband made it clear he wasn’t happy about it, but I had no choice.

After a few days away he messaged me with a photo of a new car.

“Told you you shouldn’t have left me alone,” he texted. He’d also bought a new computer, phone, and a collection of other gadgets. The message was clear: this was my punishment for going away.

My spending was under a microscope while his expanded out of control. Other areas of our marriage were becoming more and more toxic too. The financial pressure simply pushed it over the edge - it was time to plan my exit.

I started withdrawing grocery money as cash so I could hide some away without questions.

“Save up as much as you can,” my therapist told me. “What he’s doing is abuse and control.”

My situation didn’t tick all the typical financial abuse boxes: I still had access to the accounts, I managed the money, I had the illusion of equal power over our finances.

In reality, it wasn’t equal power at all.

Huge purchases were made without me, while I was having to justify tiny everyday buys.

It can be hard to be told “that’s abuse” so blunty, but I knew she was right.