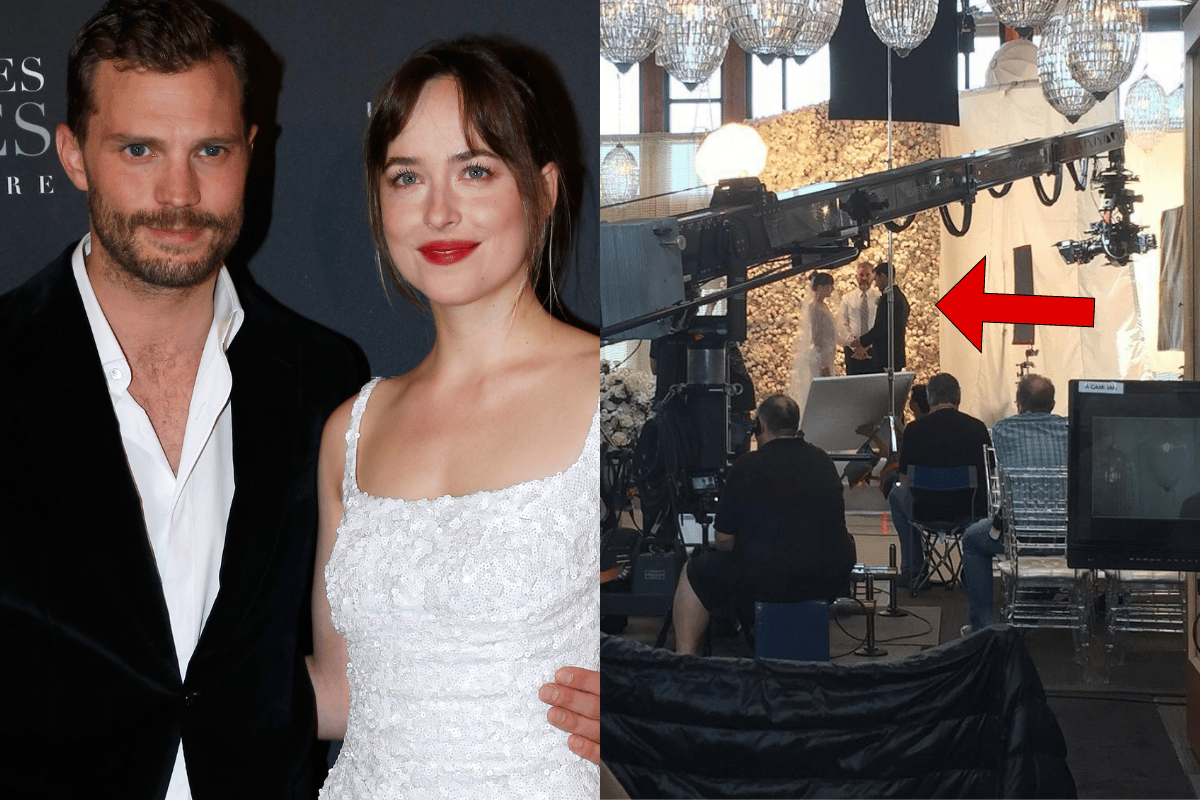 Upon its release in 2015, Fifty Shades of Grey developed a cult-like following.

The steamy on-screen scenes, the sexual tension between Dakota Johnson and Jamie Dornan, as well as the dark topics surrounding the film and its sequels Fifty Shades Darker and Fifty Shades Freed, were all paramount to its success.

While the film left little to the imagination, it turns out there was full-frontal behind-the-scenes drama as well.

From admissions of "miserable" experiences to sneaky intruders, here is everything you probably didn't know about the Fifty Shades trilogy.

Dakota Johnson admits it was "psychotic" making the films.

While the actor doesn't regret making the trilogy, she admitted to Vanity Fair that she wouldn't have starred in the film if she had known how it all would have unfolded.

Johnson mistakenly misinterpreted how the film would be, because of the fact she was asked during her audition to read a monologue from Ingmar Bergman's classic psychological study.

"I was like, 'Oh, this is going to be really special'.... I signed up to do a very different version of the film we ended up making." she explained. 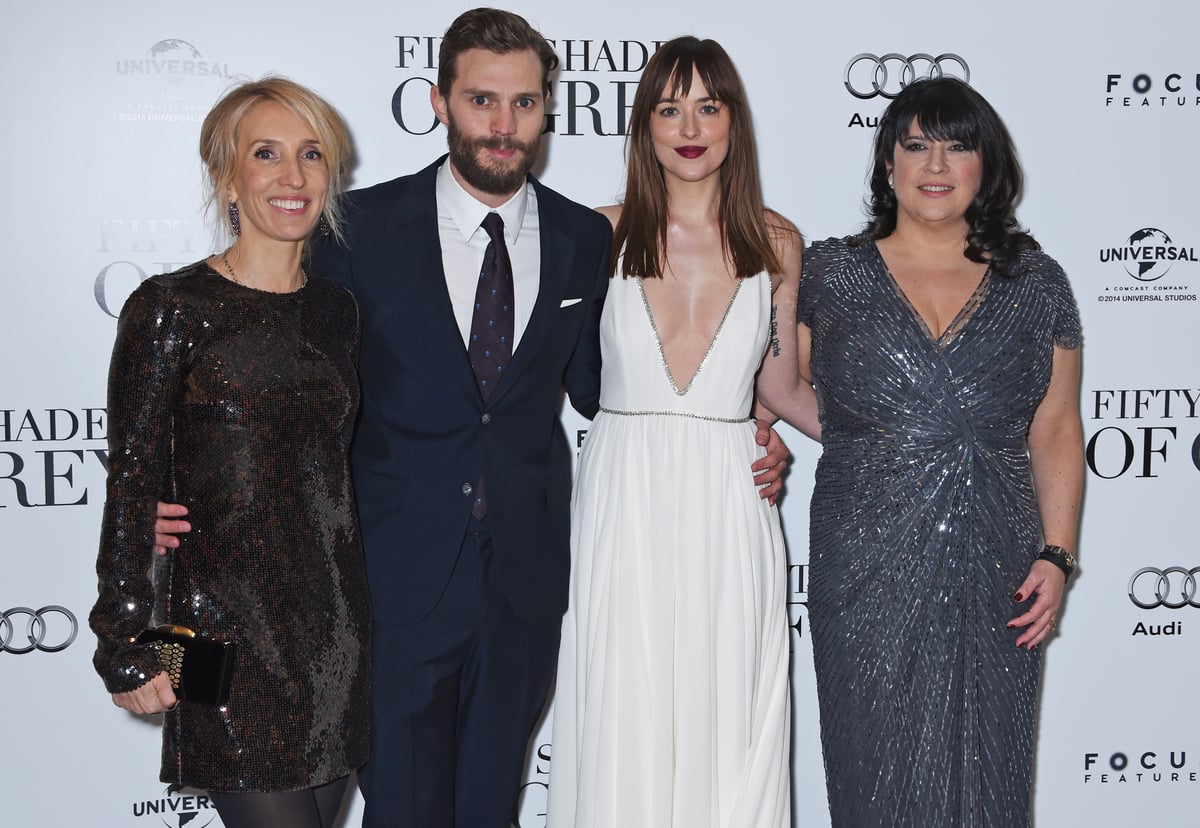 It's reported Sam Taylor-Johnson and E. L. James did not get along on set, leading to her "misery". Image: Getty.

E. L. James penned the bestselling Fifty Shades trilogy and played a large hand in the films as well.

While she referred to the movies as her "baby", and was on set every day to watch how her novels unfolded in front of the camera, she admitted she had a "miserable time making the Fifty Shades of Grey movie".

According to Sam Taylor-Johnson, E. L. James did not like her.

Taylor-Johnson quickly left the franchise after directing Fifty Shades of Grey, despite being approved to direct the sequels. A few years later, in 2017, she hinted James was the reason behind her decision not to continue on with the trilogy.

"I’d be mad [to do it again]," she told the Sunday Times. "It was a struggle and there were lots of onset tête-à-têtes, with me trying to bat it into the [right] place. I like everyone — and I get really confused when they don’t like me."

She added: "I was so confused by E. L. James. I don’t understand when I can’t navigate a person, when there’s no synergy."

She went on to say later that year that she and James had "two different creative visions".

"Her vision versus mine, and they were polar opposite," she told The Hollywood Reporter. "Every scene was fought over. It was tough. It was like wading uphill through sticky tar."

"Her thing was, 'This is what the fans expect.' I’d be like, 'Well, let’s try and hit those marks but create a new universe at the same time'."

According to Dakota Johnson, E. L. James made it incredibly difficult to film.

Sam Taylor-Johnson directed the first Fifty Shades movie, Fifty Shades of Grey, but was replaced by James Foley for the second and third film.

While Taylor-Johnson had her own negative experience with James, Dakota Johnson expressed that there were "a lot of disagreements," between James and Foley, and that filming had become "something crazy".

"[James] had a lot of creative control, all day, every day, and she just demanded that certain things happen. There were parts of the books that just wouldn’t work in a movie, like the inner monologue, which was, at times incredibly cheesy. It wouldn’t work to say out loud," the actor explained. 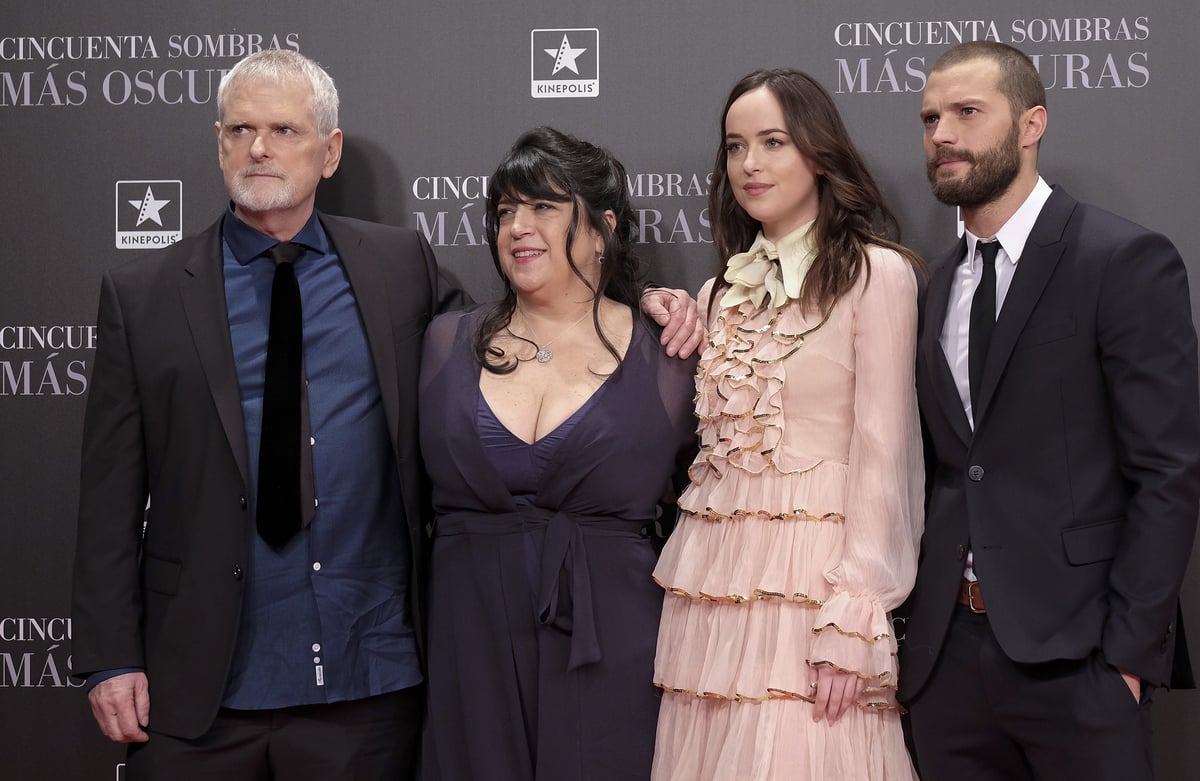 There was an intruder on set.

The Fifty Shades films garnered many fans, and at one stage, there was a fan who took it too far when they snuck on set to hang around during shooting.

Security eventually found and escorted the intruder out. From that point forward, a set of security guards followed Johnson and Dornan around.

There was one scene Dakota Johnson absolutely hated filming.

Despite a number of sex scenes throughout the Fifty Shades films, there was one in particular that Johnson didn't connect with, and it was that elevator sex scene in Fifty Shades Darker, where Dornan's character fingered his co-star... while surrounded by people. 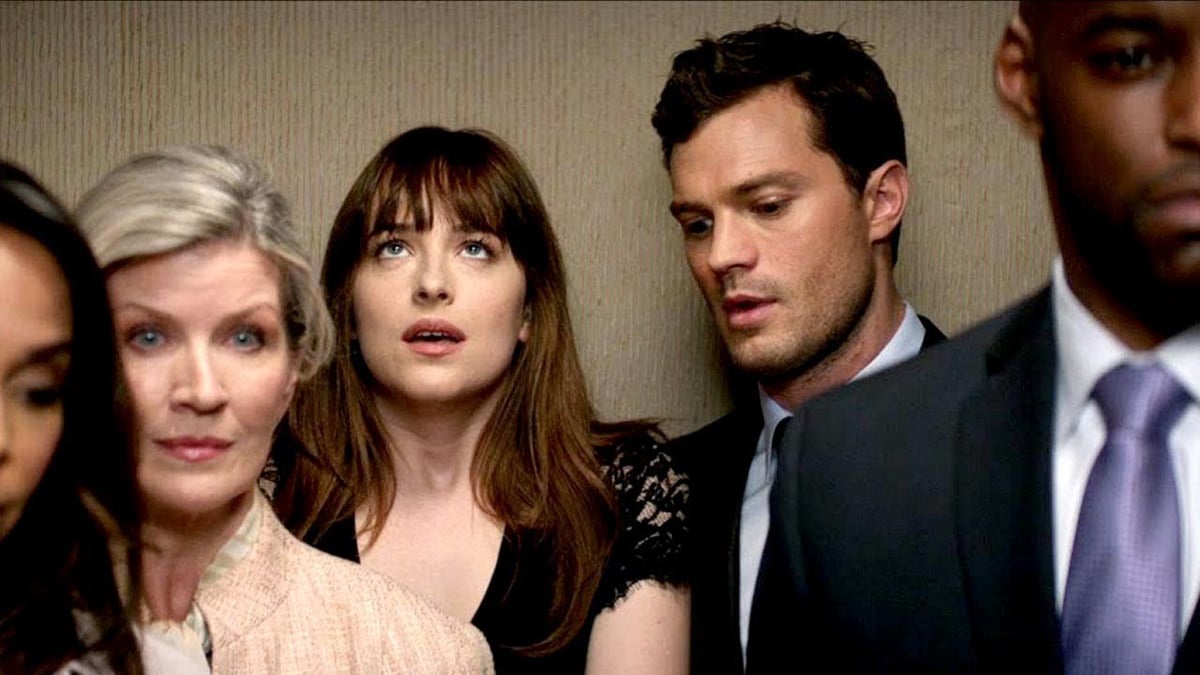 It was later revealed to Cosmopolitan, by one of the extras on set, that it was a difficult scene for Johnson to shoot.

Not only was she surrounded by extras, they also shot the scene in a makeshift elevator, which required the scene to be shot multiple times and from different angles.

Despite the discomfort, the extra said the pair remained "very calm and professional".

"You didn’t feel stress," they explained. "It’s Jamie and Dakota’s second movie, so they obviously know each other really well.”

Charlie Hunnam's exit was due to an "emotionally destructive" experience.

Before filming even began, Sons of Anarchy star Charlie Hunnam was set to star as Christian Grey. However, just one month later, he cited scheduling conflicts and swiftly exited the franchise.

"The filmmakers of Fifty Shades of Grey and Charlie Hunnam have agreed to find another male lead given Hunnam’s immersive TV schedule which is not allowing him time to adequately prepare for the role of Christian Grey," Universal Pictures said at the time. 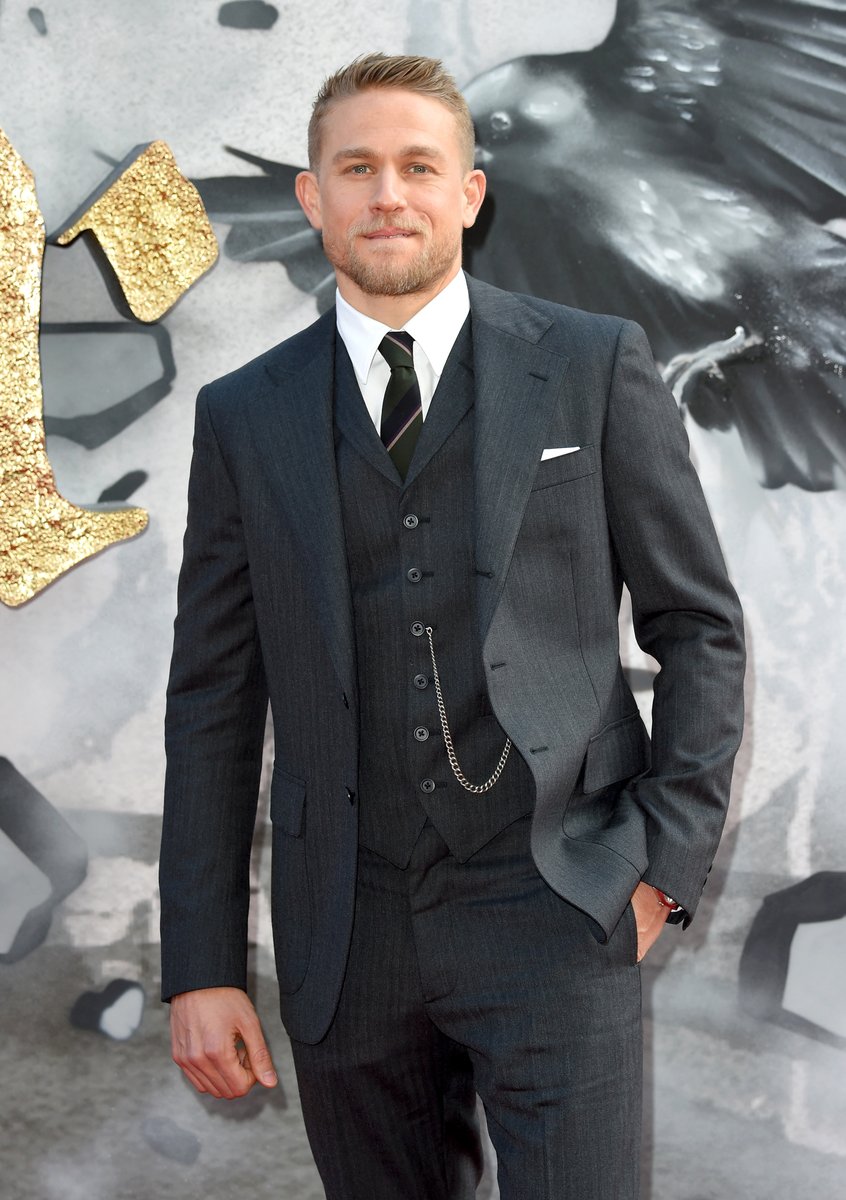 He later admitted that he was embarrassed by the content.

"It was the worst professional experience of my life," he explained to V Man in September 2015, when asked about his decision to quit.

"It was the most emotionally destructive and difficult thing that I’ve ever had to deal with professionally. It was heartbreaking."

According to Hunnam, he had also already committed to shooting Crimson Peak, and a final season of Sons of Anarchy. "There was a lot of personal stuff going on in my life that left me on real emotional shaky ground and mentally weak," he recalled. "I just got myself so f**king overwhelmed and I was sort of having panic attacks about the whole thing.”

Reply
Upvote
I'm a little disappointed they left out the whole "inner goddess" thing. When I read the books, I pictured a little cartoon version of Ana, a la Lizzie Maguire, and I think the movie would have been much better for it!
M
mamamia-user-482898552 2 months ago

Reply
Upvote
1 upvotes
@rush
It would have been difficult to make those films any more cringeworthy than they were already, but yep - adding in another element of the terrible books would do it! ;)