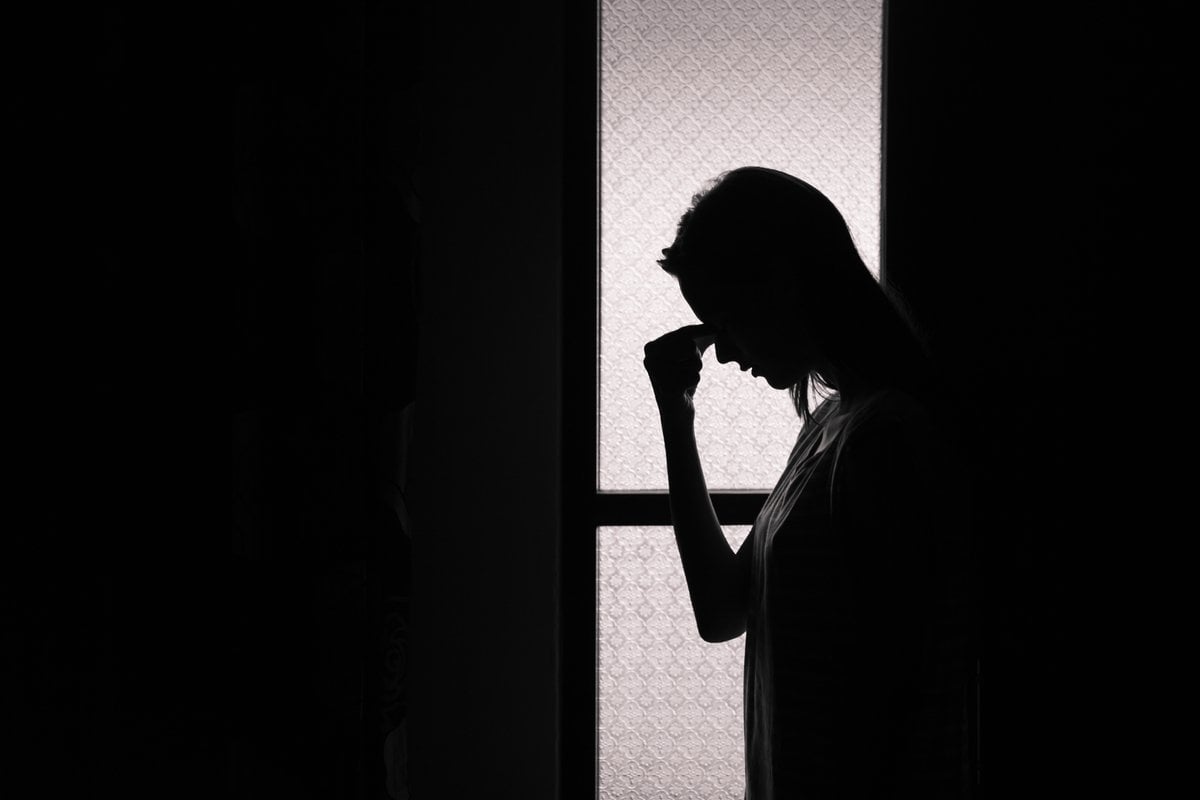 At an age where so many of my friends are getting engaged or married, starting their families and making progress in their careers, I find myself on a very different path.

After eight years of marriage, 10 years together and two beautiful children I find myself navigating through the murky waters of divorce and separation.

When I met James*, I had been working in the mining industry roughly three years. I was just 19 years old.

Side note: Here are our relationship deal-breakers. Post continues below.

He was tall and incredibly handsome but what caught my attention was that unlike so many other men in the camp he wasn’t trying to get my attention. He was quiet, reserved, and I liked that about him.

Working on a mine site you’re well aware of the extracurricular activities that occur after your shift ends.

It wasn’t unusual to hear about people having work wives/husbands on site and then going to home to their significant other and families at the end of the swing.

I always loathed that side of the industry and was very cynical about FIFO relationships. One night over a few beers James and I discussed this and when I discovered he was on the same page as me, I felt more comfortable spending time with him.

I hung out with him any chance I got. I'd pop into his office, sit with him in the dining room. I'd even get up hours before my shift started just to catch the bus to site with him.

Just a few things to show how truly smitten I was. After months of flirting, one fateful shift change and one too many beers we consummated our relationship.

From that day forward we spent every moment we could together and spent our evenings sharing his single bed until we were able to acquire a couple's room.

Life was easy. We were inseparable both at work and on our breaks. The hard lesson I would soon learn is there is a difference between being together and being on the same page. Sadly, I learnt this lesson too late.

James* proposed a few months later and though our friends and family raised their concerns, we would brush them off stating, "If we can work, live and travel together then we can handle anything in life."

A year passed and a few weeks before our wedding, we found out we were expecting our first child. It was a huge shock at 22.

James soon pressured me into resigning as he felt the mine site was not safe for a pregnant woman and he was more than sure he could support us financially.

Here was the thing: going from two very large wages to only one is tricky. And when you and your partner are complete financial opposites, it’s a complete shock.

James loved spending money, he would blow through his paycheck and then I would supplement his with mine.

The loss of my paycheck and the realisation that we would need to follow a budget soon hit home hard for him.

For years we could never agree on budgets or finances.

While James' approach was to rely on credit cards, mine was to stress and lose sleep over how we would pay for them. It was a toxic cycle but eventually I went back to work and the financial issues eased.

Things sailed along smoothly until five years later when we fell pregnant again. I was over the moon and couldn’t wait to see my family grow again.

At the start of 2020, amongst the chaos of COVID-19, we welcomed our second child into the world.

Our baby's entrance into the world was traumatic, with baby spending days in NICU.

I had a hemorrhage which led me to acquire chronic pain caused from nerve damage where the epidural was placed.

A few days after we were well enough to go home, I was rushed back to hospital with a ruptured gallbladder that required emergency surgery.

Through all this, James was by my side.

Months went by and while I was struggling with PTSD, things continued on as normal. James went back to work, and I sought treatment. We bundled up in the new baby and COVID-19 bubble.

Looking back on this time now I can see where the shift in our relationship had occurred.

With me sick and James having to pick up the slack, the cracks started to appear.

I encouraged him to talk to a counsellor, but he laughed it off, instead playing on his PlayStation.

When he was back on site, James' communication grew less frequent. I told family and friends I understood: he worked hard; he was exhausted, the signal on site was hit and miss.

But whenever the other FIFO wives would talk about just how frequently their partners were in touch, it ate me up inside.

He soon started hiding his phone and would get annoyed if I looked at it.

If I asked who he was talking to, he'd go off at me, telling me I was jealous and insecure. How dare I invade his privacy!

I explained that I just wanted to know what was going on is his life as he often would forget to tell me things and with his communication dwindling I felt like I was losing my place in his life.

He would dismiss my feelings and remind me of how well he looked after us financially and that if I needed more emotional support, then I should seek solace in my friends.

I noticed one woman’s name popping up constantly in conversation and on his phone.

When I finally found the courage to ask him, I was met with hostility. He said she was a 'work mate' who needed help as she was new on site.

James was brilliant at what he did and I couldn’t help admire him for that but the fact that even on break they were still constantly texting made me feel incredibly uncomfortable.

After months of limited conversations and the same arguments about money and his attitude, James decided to 'call time' on our relationship.

Despite the shock and the pain, I agreed to it. I knew it wasn’t healthy to be arguing in front of the children and it wasn’t an example I wanted to set for them.

That night, James packed his belongings up and went and stayed at his friend's place.

I turned on the family computer to look for solace and ways to distract myself from the pain. But on the screen, I found messages between James and the other woman on site.

My heart dropped. After 10 years, after all I had given up, how could he do this?

I couldn’t believe that he had become such a cliché!

I called my best friend, and she drove to my house. I sobbed in her lap as she read intimate messages and viewed images shared between James and multiple other women.

My life shattered in that moment and everything I thought I knew about him was gone. He was no longer the man I met at 19 but a stranger.

We are now three months into the separation process.

Retainer fees have been paid to lawyers, but no one tells you how lonely this process can be, especially at 30.

I am the first one in my group of friends to separate and though many rallied around me, some have pulled away. A reminder of how fragile a relationship is and that they too could be forced to walk a similar path.

So at 30 I am being forced to start again, and I am trying to embrace it.

I am no longer that naïve 19-year-old girl. I'm older, wiser and perhaps slightly more guarded.

Through the tears, through the pain of it all, I know there will one day be a light at the end of the proverbial tunnel and I look forward to where it leads.