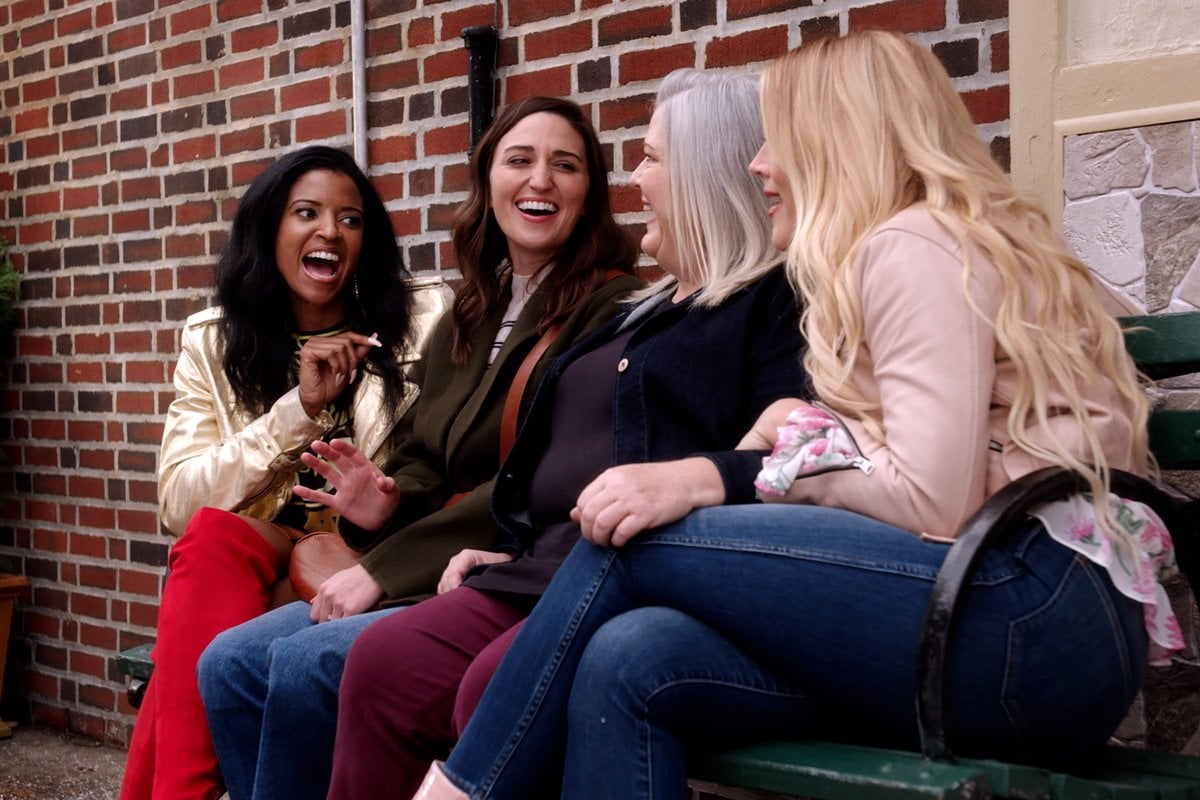 There was once a time when shows about female friendship were considered revolutionary.

Just years ago, watching a series that centred on female friendship, rather than a boy-meets-girl romance, almost felt like a novelty.

But now, Hollywood has well and truly embraced a new kind of story. A story that isn't just about the search for a romantic partner.

Watch the trailer for Younger below. Post continues after video.

From We Are Lady Parts to Girls5eva, here are the 5 best TV series about female friendship on Stan.

We Are Lady Parts 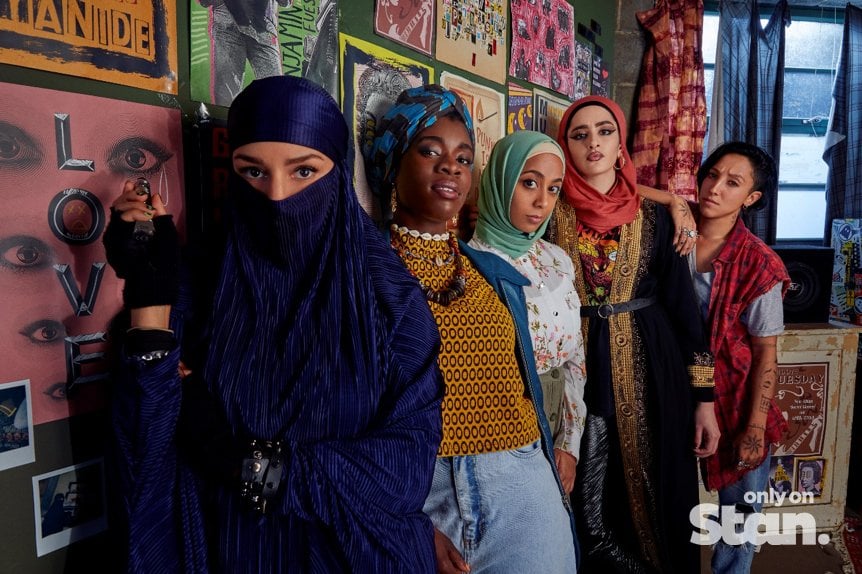 After initially airing in the UK as a pilot episode in 2018, We Are Lady Parts is finally here.

The new British sitcom, which was directed by Nida Manzoor, landed on Stan last week.

The series follows an all-female Muslim punk band across six episodes as they encounter a series of highs and lows.

Starring Lucie Shorthouse, Faith Omole, Anjana Vasan, Juliette Motamed, and Sarah Impey, the series is told through the eyes of Amina Hussein, a geeky PhD student who is recruited as the band's new lead guitarist.

Along the way, the group navigate relationships, female friendships and cultural differences as they seek success in the music industry.

All six episodes of We Are Lady Parts are available to watch now on Stan. 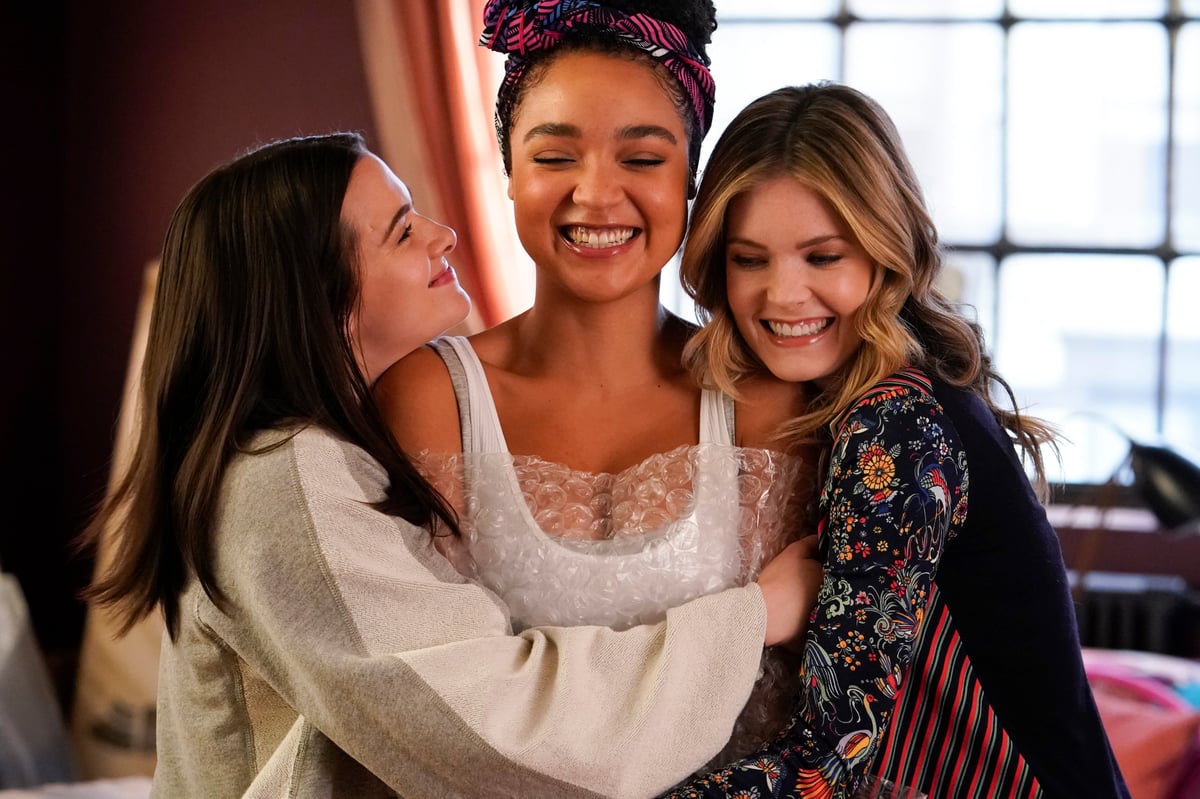 The fifth and final season of The Bold Type is finally here.

In case you haven't seen the hit series, The Bold Type follows three best friends as they embark on the glossy world of a global fictional women's magazine, Scarlet, in New York City.

Starring Katie Stevens, Meghann Fahy, and Aisha Dee, the much-loved series has delved into a range of themes across five seasons, including career, race, identity, female empowerment, sexuality, and relationships.

Most of all, however, The Bold Type gave us some of the most honest, realistic female friendships in TV history.

In fact, some viewers have suggested that the show rivals Sex and the City when it comes to representing true-to-life female friendships on screen.

All five seasons of The Bold Type are available to watch now on Stan.

For more on The Bold Type: 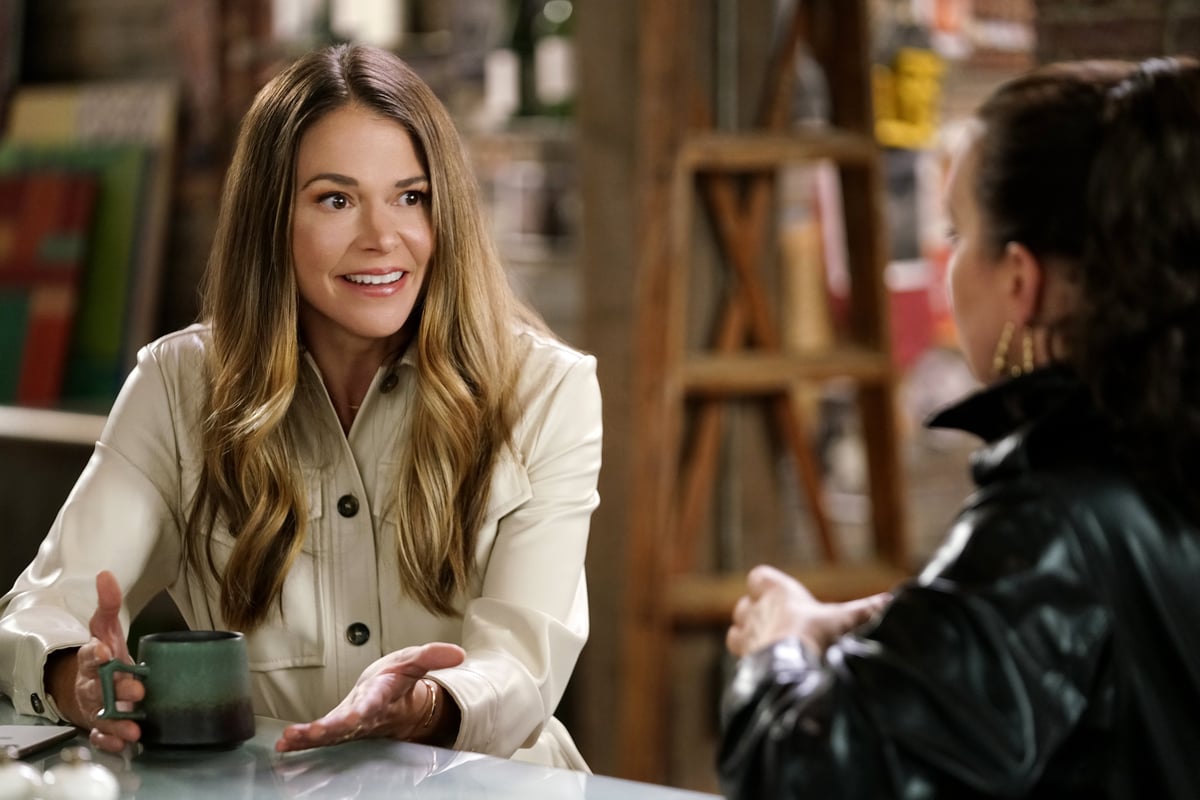 The seventh and final season of Younger is currently streaming on Stan.

And while we're excited to see the end of one of the greatest TV love triangles of our generation come to an end, it's safe to say that we're sad to see the series finish.

Younger follows Liza Miller (Sutton Foster) a 40-year-old divorced mum from New Jersey, who lies about her age to break back into the publishing industry.

After getting a job in the industry, Liza starts dating Josh, a 26-year-old tattooist from her neighbourhood who mistakenly thinks she's the same age as him.

At the same time, Liza starts to develop a crush on her boss Charles, who is the same age as her but who thinks she's 26.

From there, the series delves into a whole lot of drama as Liza embarks on an endless back and forth between Charles and Josh.

But Younger isn't just about a love triangle or the glossy world of the publishing industry.

Over seven seasons, the much-loved series has shined the most in its view on female friendships, including Liza's close relationships with Maggie (Debi Mazar) and Kelsey (Hilary Duff).

New episodes of Younger season seven are dropping weekly on Stan. You can watch the first six seasons of the series on Stan now.

For more on Younger: 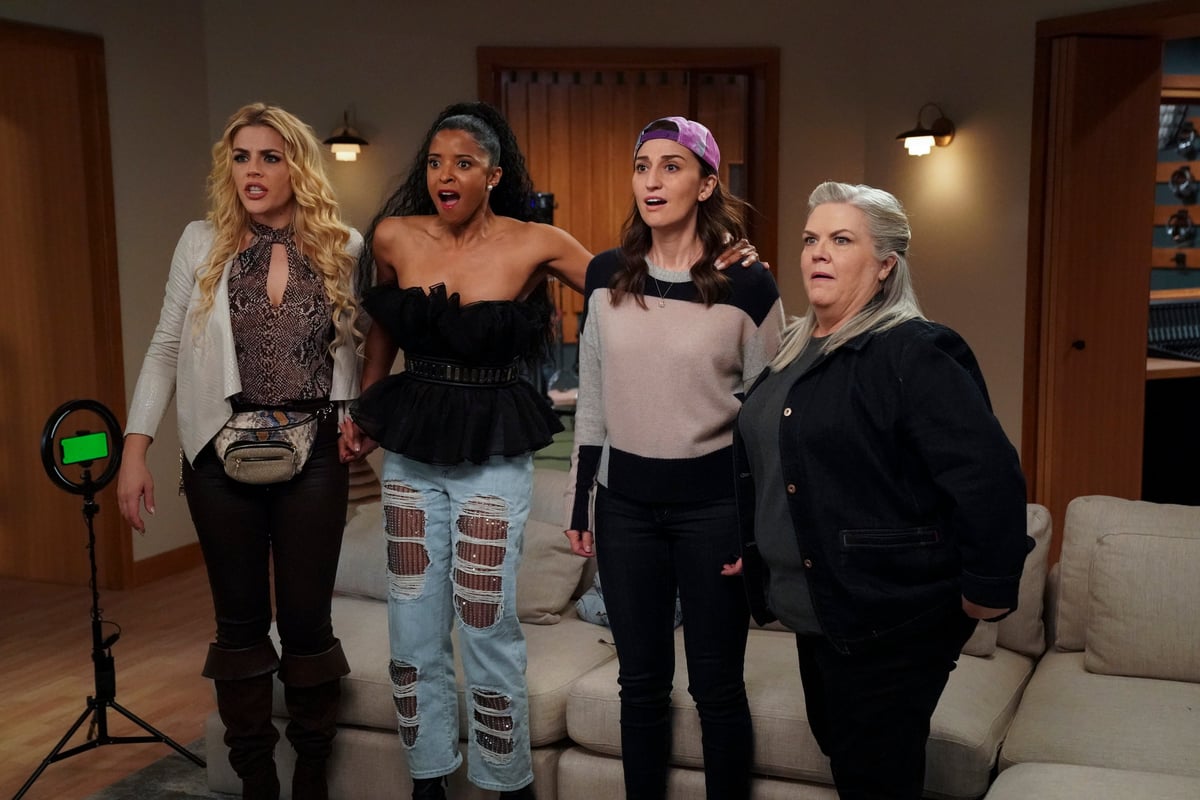 Girls5eva is pretty much a pop song come to life.

Created by Meredith Scardino, known for her work on Unbreakable Kimmy Schmidt, and executive produced by Tina Fey, Girls5eva is a fun, upbeat series about female empowerment and friendship.

Starring Sara Bareilles, Busy Philipps and Renée Elise Goldsberry, the series follows a one-hit-wonder band from the 90s as they get a second shot at fame.

Along the way, the group learn that there's no age limit on chasing a crazy dream.

For more on Girls5eva: 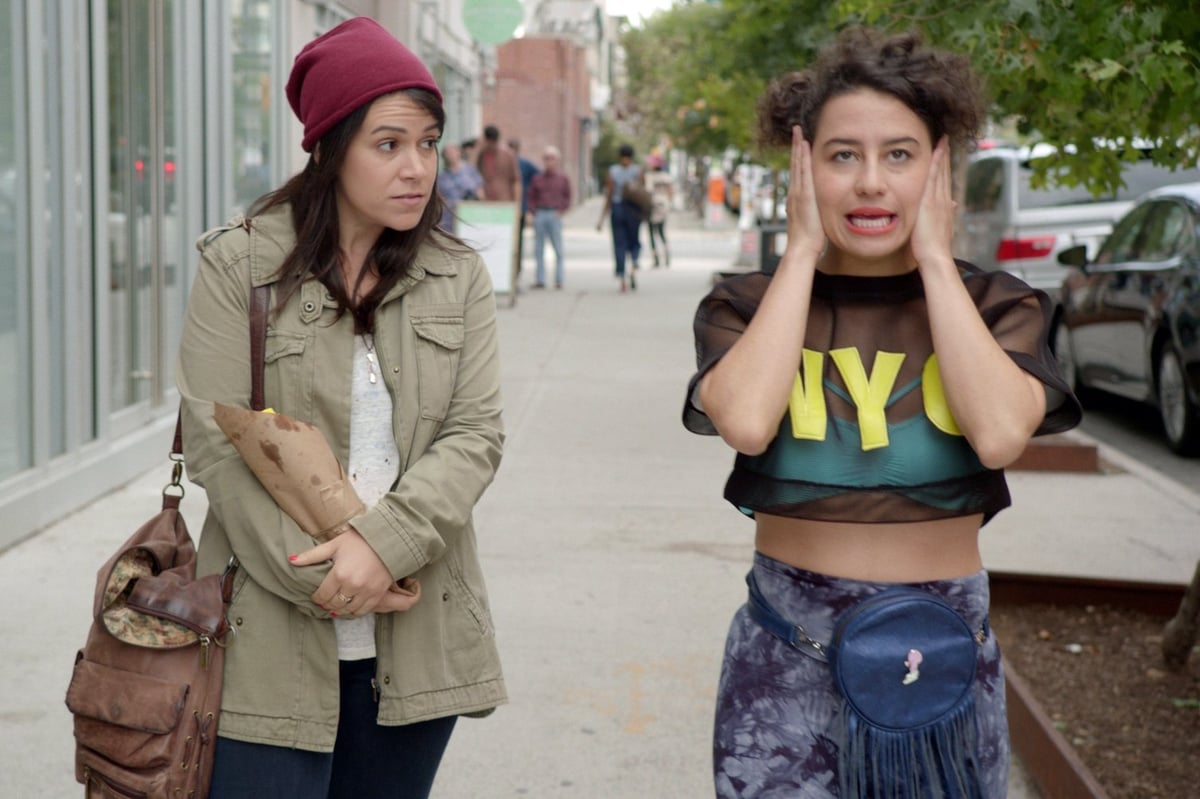 Created by and starring Ilana Glazer and Abbi Jacobson, Broad City is a fan-favourite series.

The sitcom, which ran from 2014 to 2019, was based on Glazer and Jacobson's real-life friendship and their adventures in New York City.

Produced by Parks and Recreation's Amy Poehler, the series is a chaotic yet hilarious love letter to female friendship.

All five seasons of Broad City are available to watch now on Stan.