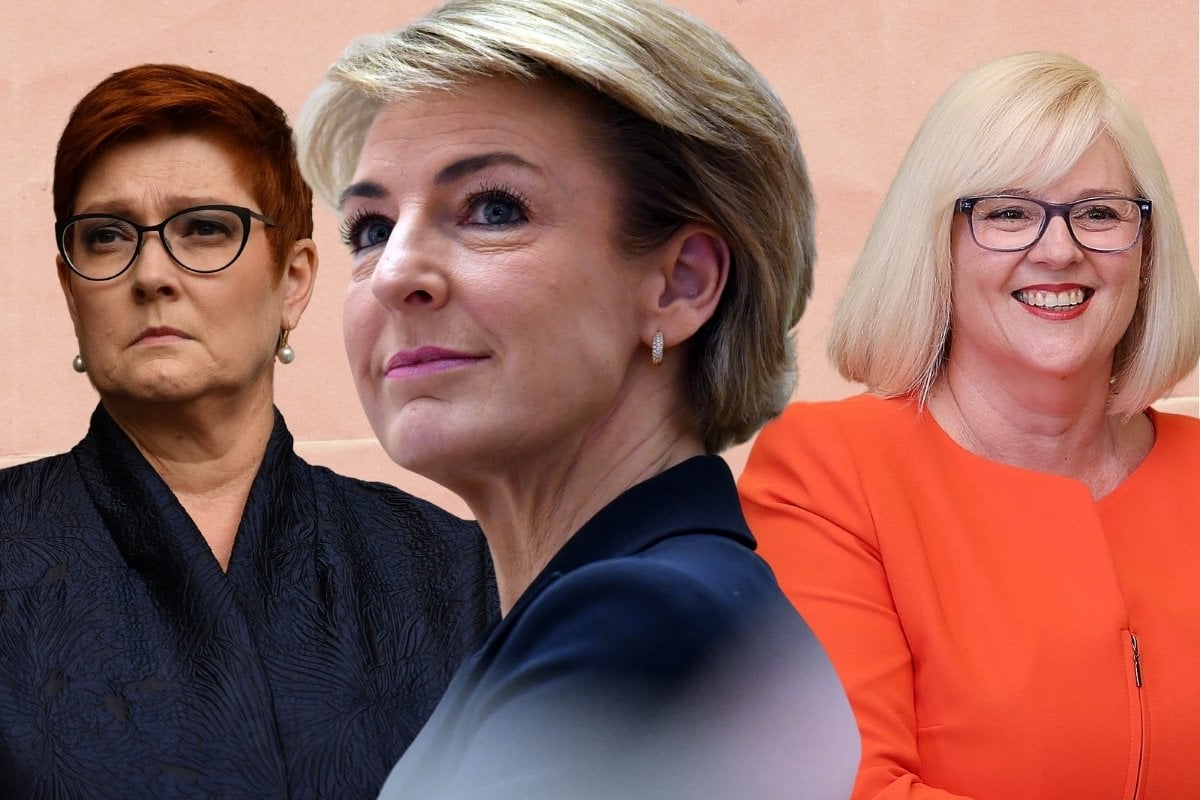 It's one built with what the Prime Minister has called a "fresh lens", one that puts women in sharper focus.

And it's no surprise. Recent allegations of sexual harassment and assault levelled at MPs and Parliament House staffers have started a national conversation about gender inequality, and it seems this reshuffle is the Government's next attempt at addressing the problem.

There are some significant promotions, though it's not quite the equalising overhaul many were calling for.

Most of the appointments are going to women already in Cabinet who are either receiving additional responsibilities or promotions. And the only new Cabinet appointee is already in the outer ministry.

In other words, the representation of women in ministerial positions remains unchanged at 27 per cent.

Here are the key appointments.

The standout promotion in the reshuffle is that of Western Australian Senator Michaelia Cash to Attorney-General and Industrial Relations Minister.

Cash was first elected to the Senate in 2007, and again in 2013 and 2016. During her terms she's held a range of Cabinet roles including Minister for Women, and Minister for Employment, Skills, Small and Family Business.

The position of AG was previously held by Christian Porter, who has allegedly been asked to step down amid his legal defamation battle with the ABC over a story that featured historical rape allegations against him.

As the reigning Minister for Women, Marise Payne has been appointed to co-lead (with the Prime Minister) a Cabinet task force that will oversee the status of women.

The NSW Senator's role will be to drive the Government's agenda on women's equality, women's safety, women's economic security, and women's health and wellbeing.

Announcing the role, Prime Minister Morrison remarked that Senator Payn would essentially be "the Prime Minister for Women". Asked why that wasn't his job, he later clarified that she was the "primary minister for women".

Payne has been the Minister for Women since 2019 and Minister for Foreign Affairs since 2018. Prior to that, she held the defence and human services portfolios.

Another major promotion is that of MP Karen Andrews to Minister for Home affairs, a position freed up by Peter Dutton's long-coveted transition to Minister of Defence.

Her previous portfolio — Industry, Science and Technology — will be taken over by Christian Porter.

Andrews, who represents the Queensland seat of McPherson in the lower house, has been an MP since 2010 and in the Cabinet since 2018.

"Our deepest responsibility as parliamentarians is to keep Australians safe and secure – and that is what will drive me every day in the Home Affairs portfolio," she said of her new role.

"My priorities will be keeping our borders secure, our communities safe, and ensuring our nation maintains its reputation as a serious global citizen in international efforts to counter extremism."

With the additional role, Senator Rushton, who's been a cabinet minister since 2019, will also join the Government's leadership team: a group of 10 senior ministers who meet on a regular basis.

Honoured to be appointed to @ScottMorrisonMP’s reshuffled Cabinet.

Melissa Price will be retaining her portfolio as Minister for Defence Industries, but she will now return to Cabinet.

Price was previously the Minister for the Environment, but was demoted to her outer ministry role in 2019.

Though the election that year was being called 'climate change election', Price was remarkably absent from media and public appearances in the lead up, earning her the nickname "the invisible minister".

As the Minister for Superannuation, Financial Services and the Digital Economy, Senator Jane Hume isn't actually in Cabinet — her position is in the outer ministry.

But she's another of the Liberal MPs to benefit from the reshuffle, courtesy of an additional appointment as Minister for Women's Economic Security.

Sworn in (remotely) as Minister for Women’s Economic Security and Minister for Superannuation, Financial Services and the Digital Economy. pic.twitter.com/0Fx96HqTlf

The Victorian senator was elected to parliament in 2016 and has a background in the banking and finance sectors.

She has recently made headlines surrounding a controversial policy proposal that would allow Australians fleeing domestic violence early access their super. The policy was dumped in recent weeks, amid criticism from survivor advocates, super funds and legal experts about victims having to put themselves at risk of future financial insecurity.

Reply
Upvote
It’s the Julia Gillard situation all over again. Male politicians pushing the women through the system, to momentarily shore up their own position but then push women on and out of the way. The Conservative men of this Coalition have no intention of allowing these women rivals to have too much power - or stay long.
P
philippadv a year ago

Thank you for this helpful comment! We have cross-checked Marise Payne's career timeline and have amended the article. Thank you again.