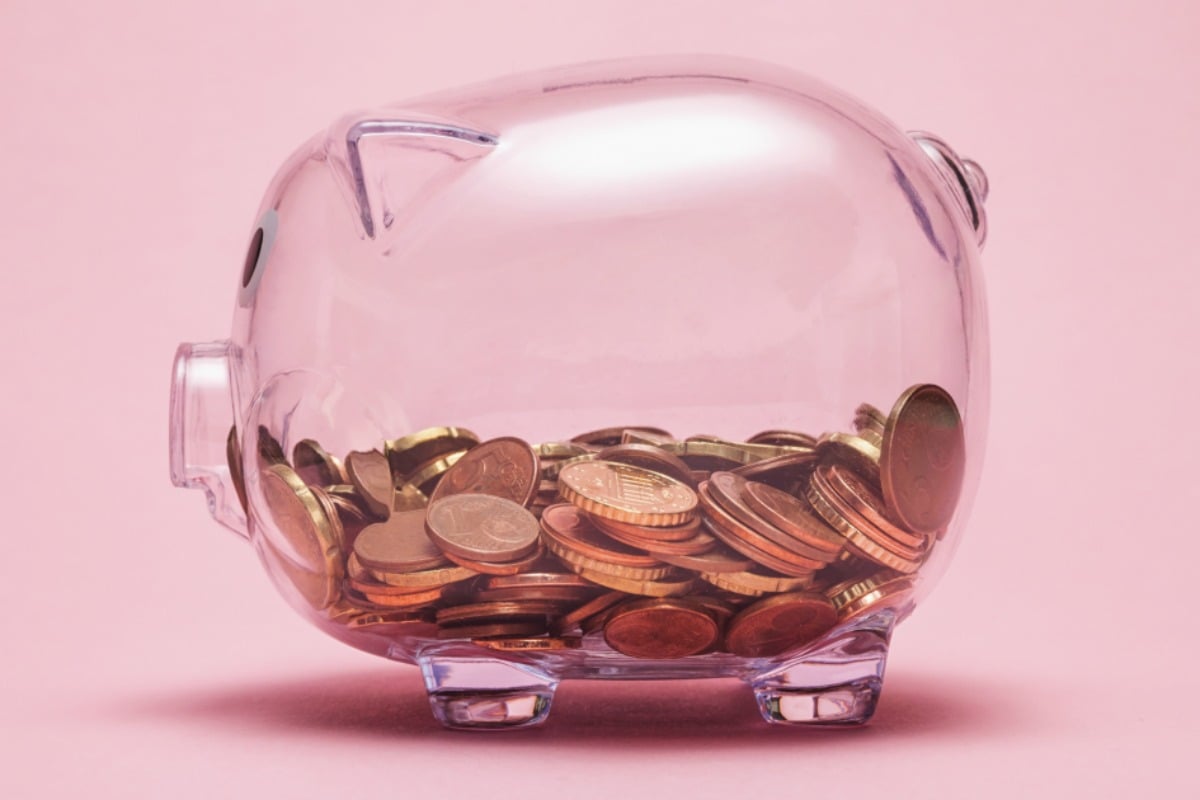 On Tuesday night, the Treasurer announced a budget surplus of $7 million, amongst cheers from his party.

I mean, it’s great news – we’re back in the black apparently, with this plan of action.

But we are also possibly six weeks away from a federal election, so the ‘celebrations’ are inevitably politically charged.

What we were promised, as women, prior to the budget announcement was a big push from the Coalition to “secure the female vote.”

On the topic of women…here’s our video from International Women’s Day. Post continues after video.

Sure, there were some really positive initiatives announced for domestic violence and women in STEM subject careers. But on the whole, women are not the winners in this budget.

There was no talk about superannuation, nothing to work towards creating a level playing field for men and women in economic and social opportunity.

Nothing about making the gender pay gap smaller.

No talk of reducing the means-testing on childcare and family tax benefits, which is one of the main reasons women don’t or can’t go back to work.

We got more preschool places for children, but no funding to cater to the centres and workers (a majority of whom are women) and their soon-to-be bigger classes of kids.

There’s more money for female dominated sectors like schools, hospitals, residential aged care, but only enough to cater to swelling demand, not enough to translate into higher wages.

In terms of giving big money to stimulate jobs and stagnant wages, we were left out of the picture.

We should have read between the lines when the women’s groups got left off the invitation list for the budget lockup event itself (yes…that actually happened.)

But if we look to the positives, what did we actually get? What was the good news for women?

We’ve broken it down:

The budget includes the Commonwealth’s biggest ever spend ($328 million) on a three year national plan to reduce violence against women and children.

More emergency refuges will be built, and more money will be put towards improving front-line services to keep women and children safe.

$2 million will be set aside for finding ways to prevent financial abuse, something 90-per-cent of woman suffering from domestic violence will experience.

A total of $35 million will go to Aboriginal and Torres Strait Islander women at risk of violence.

Mamamia’s daily news podcast The Quicky explains why there’s a budget before an election. Post continues after audio.


Victims of domestic violence will also be able to dip into their superannuation early.

When you take an overarching view, however, it breaks down to be about $31.84 per Australian woman. Stretched out over three years, that’s $10 per year, per woman.

In comparison, $100 billion has been promised to roads, rails, airport, dams and ports over a decade long plan.

A register will receive $7.8 million in funding from next year. It will include names, ages, aliases, photographs, physical descriptions and general locations of offenders as well as their crimes.

For people who own businesses, it’s good news. The government is fast tracking tax cuts for small and medium businesses by five years.

Instant asset write off has also been extended and expanded. It will now cover purchases of under $30,000 instead of $25,000 and be used by businesses with annual turnover of under $50 million.

This makes 22,000 additional businesses eligible for the tax write-off.

Women in the workplace

The budget is spending $119 million on women’s “economic security.”

$3.4 million will be used to entice girls and women into the male-dominated STEM areas of science, technology, engineering and mathematics.

$4 million is being spent luring women into aviation.

$2.1 will be spent mentoring female musicians.

There are also longer term plans to cut the marginal tax rate in the mid-income bracket from 32.5 cents down to 30 cents in the dollar, which could help mothers trying to weigh up the gains of working more hours against the costs of additional child care.

$150 million is to be put towards the development of female change rooms at sporting grounds and swimming pools.

However, just quietly on the topic of sport. Our Olympians (both male and female) are pretty incensed and have accused the government of lining the pockets of professional sports while ignoring their cash-strapped pleas.

Those struggling with their mental health

Health, and in particular mental health has received a huge boost.

$229.9 million has been allocated over seven years. This will help fund the trial of eight mental health centres.

A further $263.3 million will be provided to youth mental health services.

MRI scans for breast cancer will be subsidised thanks to the budget, saving patients $1500 per scan.

Ibrance, a drug used to treat breast cancer will also be subsidised, bringing its cost from $55,000 to $40. It’s used for cancers involving hormone receptor positive tumours.

Patients will get access to a new government funded website that will provide information on out-of-pocket expenses charged by surgeons so they can find the best deal.

More children will get access to government funded flu vaccines which will now be available to all children aged six months to three years.

$220 million will be spent on research into heart disease.

$220 million will go to My Health Record.

$527.9 million over five years will go towards a Royal Commission into Violence, Abuse, Neglect, and Exploitation of People with a Disability.

Newstart recipients will be eligible for one-off power bill assistance payments of $75 for singles, and $125 for couples.

But despite the appalling record of Centrelink’s automated debt recovery process, the government is planning to further automate welfare.

This time they’re targeting the reporting of employment income for social security purposes – an area that has a proportionally high number of women.

There’s no new money for social housing either.

Access to early childhood education has been extended for another year, with $453 million committed to extending the national partnership agreement on universal access until the end of 2020.

This will benefit about 350,000 children with about 15 hours of preschool a week.

Just over a million dollars of this money will go towards increasing preschool rates among disadvantaged and Indigenous children.

$84.3 million will also go towards carers over four years.

The above announcements will allow more mothers to get back into the workplace, however it doesn’t address the fundamental issues of the gender pay gap, insecure and underemployment, and systematic sexism in the workforce.