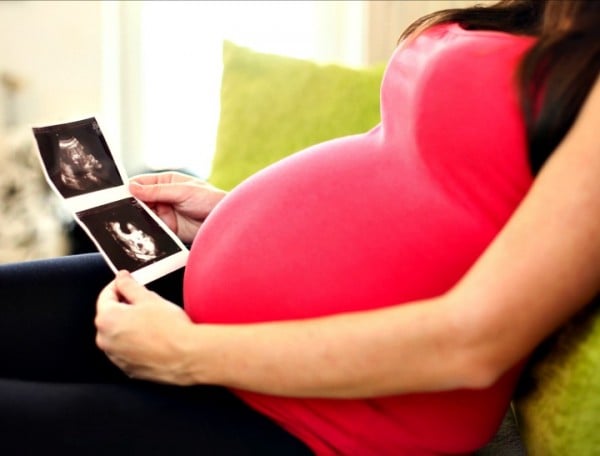 Being pregnant and going through childbirth is an overwhelming time for any woman. But for some, even the idea of doing either is too much to bear.

Tocophobia describes a fear of pregnancy and childbirth. Starting from adolescence, sufferers of primary tocophobia are hugely uncomfortable with the whole idea of being pregnant and giving birth. They can feel physically unwell in the presence of a pregnant person. They’ll go out of their way to avoid baby showers and can’t even stand being near someone who is pregnant.

The thought of carrying a child themselves is repulsive. If they do fall pregnant, the experience can be hugely traumatic as they can barely look at themselves.

Secondary sufferers of tocophobia have had a traumatic time while giving birth. This can be through physical complications, or they can simply find a ‘textbook’ birth highly distressing on an emotional level. These women find it very difficult to consider going through the whole process again because they were never able to address what happened the first time they delivered a child.

Speaking to The Motherish, Louise Denholm, Team Manager at the Peri Natal Mental Health Services Unit of Metro North Hospital and Health Service in Brisbane, says eight percent of women are known to suffer from tocophobia. It could affect many more, as lots suffer in silence, not wanting to admit that they are disgusted by an experience that is supposed to be filled with joy.

“Even some midwives aren’t aware of what tocophobia is,” says Denholm, "so the disorder often goes undiagnosed."

The ‘seeds’ of this terror surrounding pregnancy and childbirth are usually planted early in life. A child or adolescent may hear a ‘horror story’ of someone giving birth. They may watch a video or get a notion in their mind, which sticks and manifests to the point of a morbid fear.

If a woman falls pregnant without realising that she suffers from tocophobia, it can result in a very difficult nine months. Going through childbirth without the right support can result in post traumatic stress disorder and increased risk of postnatal anxiety and depression. Mothers can struggle to bond with their child and be put off having more children because of stressful flashbacks.

Fortunately, the condition is becoming more widely recognised and better diagnosed. Louise works with sufferers, starting by helping them set up a plan to manage it.

Patients are encouraged to talk openly about their feelings and detail exactly what they are worried about. They’ll be able to have frequent sessions with a psychologist who will help them to manage their anxiety.

“We take expectant mothers on tours of where they’ll be giving birth. They meet the midwives and get to know the obstetrician and anaesthetist," explains Denholm.

Addressing fear of the unknown and having a detailed plan in place can take the pressure off a woman who is suffering from tocophobia. It will also reduce the risk of complications with her mental health down the track.

According to Louise, just finding out that tocophobia exists is a huge relief for many women who have been struggling to understand why pregnancy and childbirth are so off putting for them. “They can cope better if they are properly reassured by people who understand what they are going through. We ask them exactly what they are worried about and come up with a thorough plan to manage those concerns," she said.

Getting through pregnancy and childbirth is a long journey for sufferers, but with the help of education and a carefully managed birth plan they can overcome their extreme fear of childbirth to have an experience that doesn’t result in lasting trauma.

Did you ever have tocophobia?

WATCH to find out more about tocophobia...

Video via Royal Society of Medicine