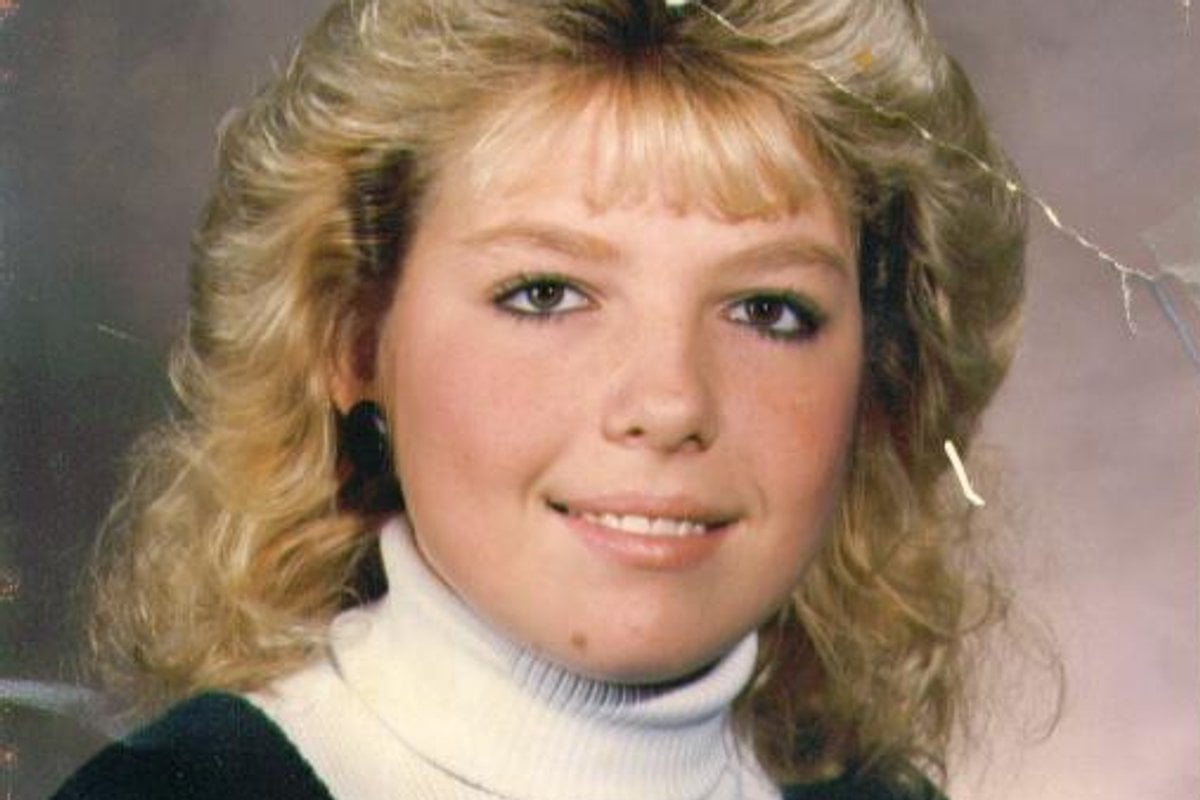 It was a hot, muggy night in Kansas City. Sixteen-year-old Fawn Cox had been working late at Worlds Of Fun amusement park.

Her mother Beverley had picked her up and brought her home at 11pm, and Fawn had gone straight to bed.

Fawn’s younger sisters Amber and Felisa normally slept upstairs with her, but on that hot night, she was the only one in the house’s upper storey.

At some point during the night, someone got into the house through an upstairs window, possibly by climbing on top of a pickup truck, and raped and strangled Fawn in her bed. Semen stains were left on her sheet.

Downstairs, her family heard nothing. The sound of their loud air conditioner drowned out any noise coming from upstairs, and when the family dog started getting agitated, they put it down to her being pregnant.

The next morning, Fawn’s alarm went off at 9.30am to wake her for work. When she didn’t turn it off, Beverley and Felisa came upstairs to see what was going on.

“I went over to shake her: ‘Come on! Get up!’” Felisa told local TV station KCTV. “But she had been gone for a while.”

It was the morning of July 26, 1989. It would be another 31 years before the family found out who had killed Fawn.

Fawn was a high school student who had got her learner’s permit just three days earlier. She regularly attended church with her family, and loved Amy Grant music. Her devastated father John took comfort in the family’s faith.

“That’s the only thing that’s holding us together, knowing that I’ll be able to spend the rest of eternity with her someday,” he told a local newspaper at the time.

Kansas City was shocked by the crime, but it looked like it was going to be quickly solved.

In August, police announced they had arrested three teenagers. One was indicted by a grand jury on charges of first-degree murder, rape and sodomy. He spent eight months in jail but was released when DNA tests failed to conclusively link him to the crime.

Charges against the other two teenagers were also dropped.

Police stayed on the case, following every lead, but they got nowhere.

Fawn’s family refused to give up.

Every time they heard about an advancement in DNA testing, they would push the police to use it in Fawn’s case. They raised money and spoke to the media. They bought billboards that went up in Kansas City.

The community couldn’t forget Fawn either. Monte Clark, a bus driver who’d driven for Fawn’s church, helped with fundraising and spent 20 years trying to research the case himself.

“Everybody was close-knit and everybody was trying to figure out why – you know, who and why,” he told Northeast News.

Police were frustrated when a search of Combined DNA Index System, a database containing the DNA of every felon in the US, failed to find a match.

“Whoever killed her either has never been charged with a felony or is no longer alive,” Sergeant Benjamin Caldwell told The Kansas City Star in 2017. “People don’t start killing and then quit and stay out of trouble, as if they fell off the face of the earth.”

Last year, 30 years after Fawn’s death, her family and friends began fundraising for another billboard, holding raffles and competitions. The billboard went up, with a huge photo of Fawn’s face and the words, “Do you know who killed me?” It offered a $10,000 reward for tips that led to the killer.

“We know that somebody’s out there living a normal life that she never got to live,” Felisa told KCTV. “She never got to grow up and do the things that we’re doing now.”

Amber kept track of what people were saying about the case online. When she saw a post about Fawn’s murder on a true crime website, she would thank the person for caring and ask them to use their real name if they had any information that might help police.

In March this year, Amber spoke to local TV station Fox4, admitting she was “obsessed” with her sister’s murder.

“I ended up in the hospital because I got so overwhelmed,” she added.

She said she had always looked up to Fawn.

“I wanted to be just like her. She was my protector.”

When advanced genetic genealogy testing became available, Kansas City police said it was too expensive for them to use. But in the middle of this year, the FBI began funding the testing. Within a matter of weeks, the case was solved.

On November 11, police finally revealed the identity of Fawn’s killer. It was her cousin, Donald Cox Jr. He had died of a drug overdose in 2006.

Because the death was suspicious, the medical examiner had investigated it and kept a blood sample.

According to Captain Caldwell in Northeast News, Fawn’s parents were “sad but relieved”. They said they had sometimes wondered if Donald had killed her.

“The answers aren’t always what we were asking for, but there’s closure.”