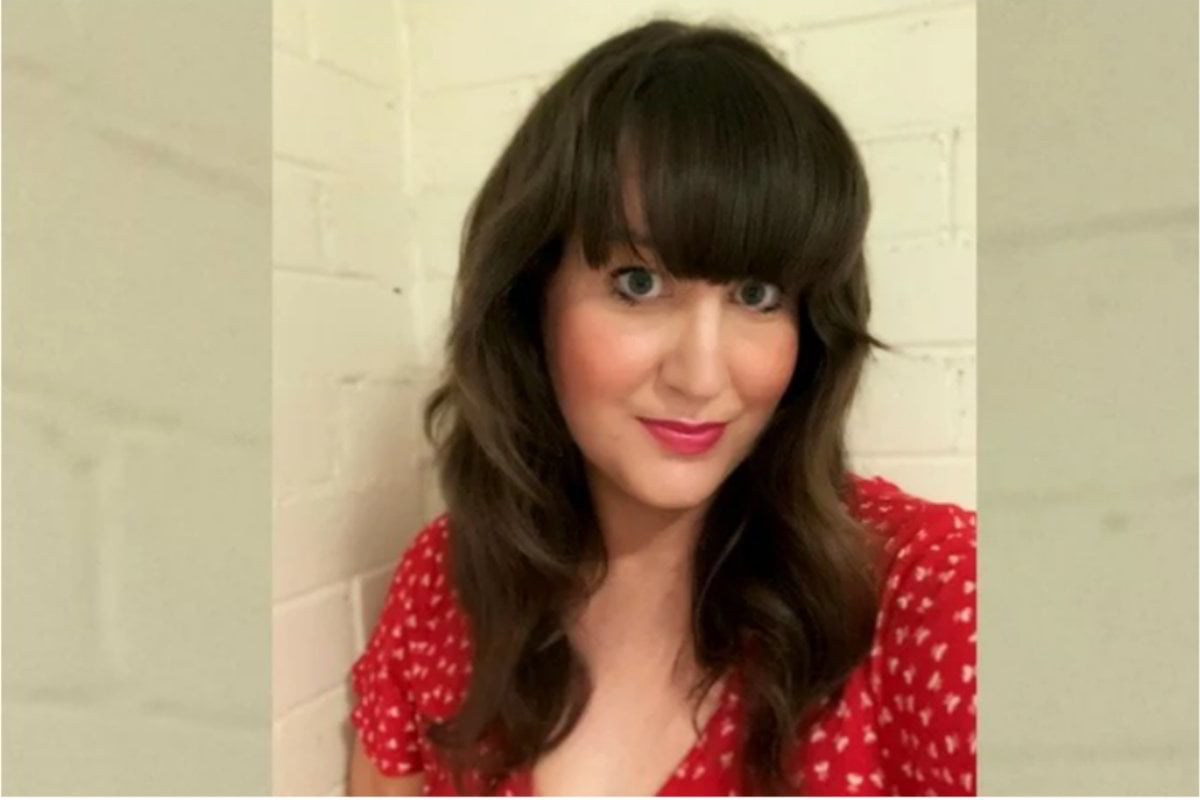 There was a day in primary school when my teacher sidled over to me and stood quietly by my desk.

For a moment, a little zip of pure panic traveled straight from my stomach to the tips of my toes in their black leather school shoes.

All because I feared that the intricate design of swirls and daises I’d been covertly scrawling on the underside of desk in black pen (courtesy of my newly acquired Pen License) had finally been discovered. Or maybe this woman had somehow cottoned on to the fact that the book I’d been unable to finish in reading hour was now secretly stashed in my school bag, because I couldn’t wait until tomorrow to see how it ended.

(Side-note: I ended up returning that damn book straight to the shelf after this encounter, learning from a very young age that not everyone has an inner rebel, some of us just have inner goody-goody scaredy cats.)

But it turned out she wasn’t there to blow the lid off my villainous deeds, but instead to excuse me from the activity that had the rest of my classmates busily bent over their desks.

They were all making Father’s Day cards, gluing and cutting and carefully drawing out wonky tool boxes, misshapen footballs and even the odd bow tie.

She wondered if I wanted to make something for my lovely mum, or was there maybe a kindly uncle in the picture who would enjoy this feat of childhood craft? Or perhaps I’d just like to curl back up in the reading corner and wait out the hour alone tucked in there? (Oh God, she did know about the thieved book).

I realised then that she was trying to protect me, she expected me to be sad, or confused or broken at the thought that I had no one to deliver a gaudy card to.

But I didn’t feel any of those things, and to be honest, I never really had. To me, not having a father was the natural state of things, much like brushing my teeth in the morning or being convinced each night that a monster was lying beneath my bed, and if I dared to move even a muscle he would strike and devour me whole.

I also learnt from a young age that in that same moment when people are offering you up sympathy for your fatherless state, they are also secretly dying to know the backstory to your situation.

I usually just like to let rip with the truth straight up, and tell them that my father was pushed off a cliff by my evil uncle, and then trampled to death by a herd of stampeding wildebeests.

In fact, I believed him dead for years and then one day while I was embroiled in a lightsaber duel with my arch nemesis he sliced off my right hand and then informed me that he was my father.

Hhmm, now that I come to think of it, that might have happened in Star Wars. It all just blurs together at times, doesn’t it?

Listen to the hosts of The Well talk about dealing with difficult family members. Post continues after audio.

In reality, my real story will probably never get the big blockbuster, Hollywood action movie treatment it so rightly (not at all) deserves.

Because the truth is, he was just not that much of a stand up guy, and so my mother packed up my two sisters, my brother and I and crossed the county to raise us in another state all by herself. They should really make a greeting card for that.

But in all honesty, apart from the odd moment of having to field a random well-meaning question, growing up without a father has had no negative impact on my life, psyche, mental health or employment opportunities whatsoever.

I don’t feel sad that I don’t have anyone to call or send a gift to today. But that’s probably because I have family and friends who would be thrilled to pick up the phone and hear my lilting voice. Even though people are freaked out by actual phone calls nowadays.

I don’t feel left out because I’ll never know what it’s like to shake my head in despair at ‘Dad jokes’ or fear the thought of introducing a potential boyfriend to an overprotective father.

I don’t even feel the tiniest bit blue that I can’t imagine what it’s like to utter the phrase “my parents” or to have two proud figures to call when something magical happens to the little girl they held together for the first time in a hospital all those years ago.

Because, sometimes, a whole heap of people and things and experiences find their way into your life over the years, squeezing into every nook and cranny of that fatherless void so that when you finally go looking for it, you realise it’s already been filled up.

I know that today, not every person who had to forego wrapping a Father’s Day gift feels this same way.

Everything about our world tells us that we are meant to come into it with two very basic sources of support and love.

We are each “meant” to have parents who love us and offer up sage words of support, that’s what the picture books used to show us. That’s the kind of reality all of those early 90’s family-style sitcoms used to promote.

When I was a little girl sitting in the pews of a Catholic church during Christmas mass, I used to think that Jesus kid sounded like a bit of an entitled, spoiled little git.

After all, this kid had a mother, and an earth bound father AND a father in heaven all there for him the moment he was born. Throw in the shepherds, that little drummer boy and those three rich men who came his way with a swag of birthday loot and it was hard not to feel a little jealous.

So, if I’m so OK with not having a father for Father’s Day and I actually think that his absence allowed me to live a better life and become a better person, why have I spent this long and so many hundreds of words banging on about it?

Methinks the lady doth protest (and overwrite) too much.

Well, it’s because over the years I’ve had friends who, when faced with the idea of raising their own kids without a father, have asked me to assure them that they will be OK.

Once upon a time, on a night where I was being half strangled by a red feather boa on a rooftop bar for a friend’s hens party, a girl I’d known as a teenager, who had just taken the first step to raising her little girls alone, pulled me aside. She then asked me quietly if there was a chance her kids would still have a happy life, or was she making a huge mistake?

She said she’d watched my family for years and had seen my mum raise four happy, healthy adults. With excellent taste in TV and books, may I add.

I assured her that I was perfectly OK (well I was maybe not “OK” at that exact moment, as I suspected I was dying of tequila poisoning) but on the whole my heart was as together as Kristen Bell and Dax Shepard.

So, to my fellow fatherless friends out there today who don’t feel a touch of sadness in their souls while scrolling through an endless Instagram stream of tributes to the “best dads in the world”, there’s nothing broken about you at all.

You are exactly the person you were meant to be.