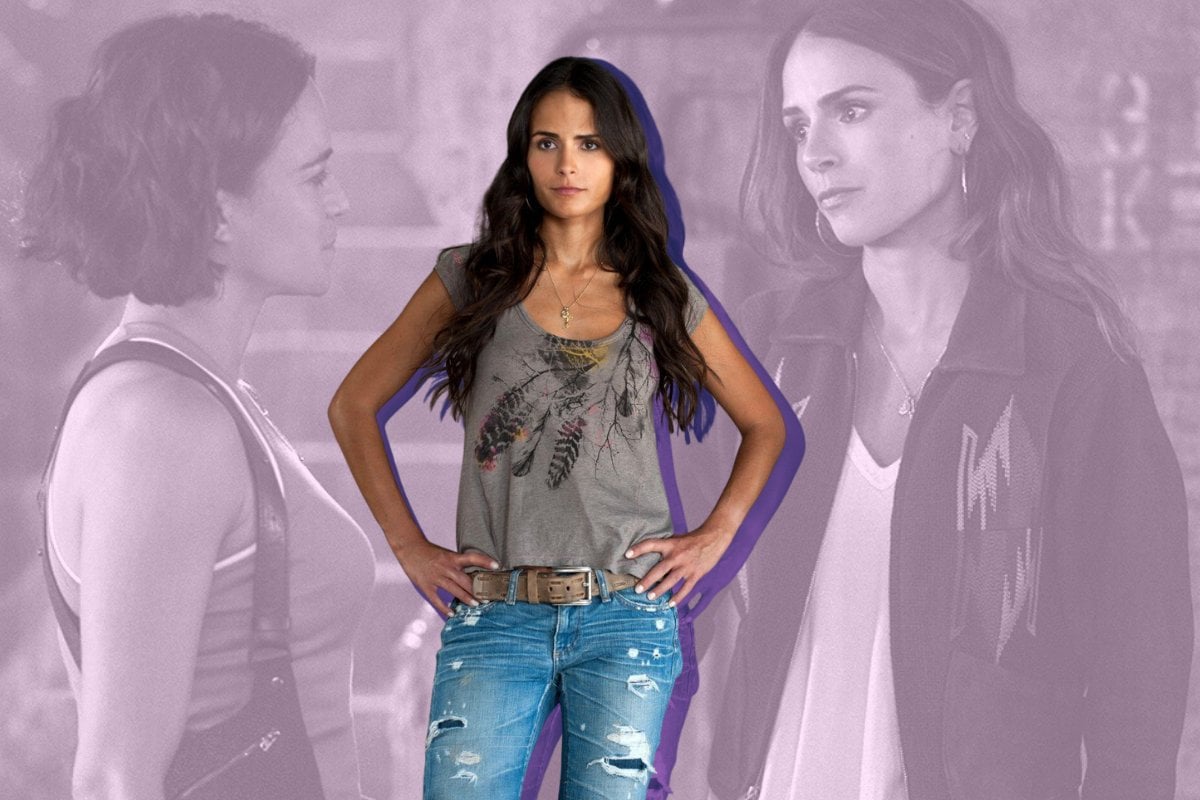 The Fast and Furious franchise kicked off in 2001, introducing audiences to an action-packed series that regularly defied the laws of physics (and just reality in general) and it has now morphed into one of the biggest movie franchises of all time.

This week the ninth instalment dropped into cinemas, with Fast & Furious 9 led by Vin Diesel, returning in his role of street racer extraordinaire and man of few words, Dominic Toretto.

The franchise might be closing in on its tenth instalment, but in this ninth movie offering, something is very different.

This time around, the movie's female leads are very much at the centre of both the story and the action, resulting in a film that's light on over-sexualization and heavy on sisterhood. With a side of wild car chases and throw-down fight sequences mixed in for good measure.

Throw in an appearance by Helen Mirren as criminal mastermind Queenie Shaw, the mother of Dom's former enemies and even a scene featuring Cardi B and you've got yourself a movie that easily passes the Bechdel test. 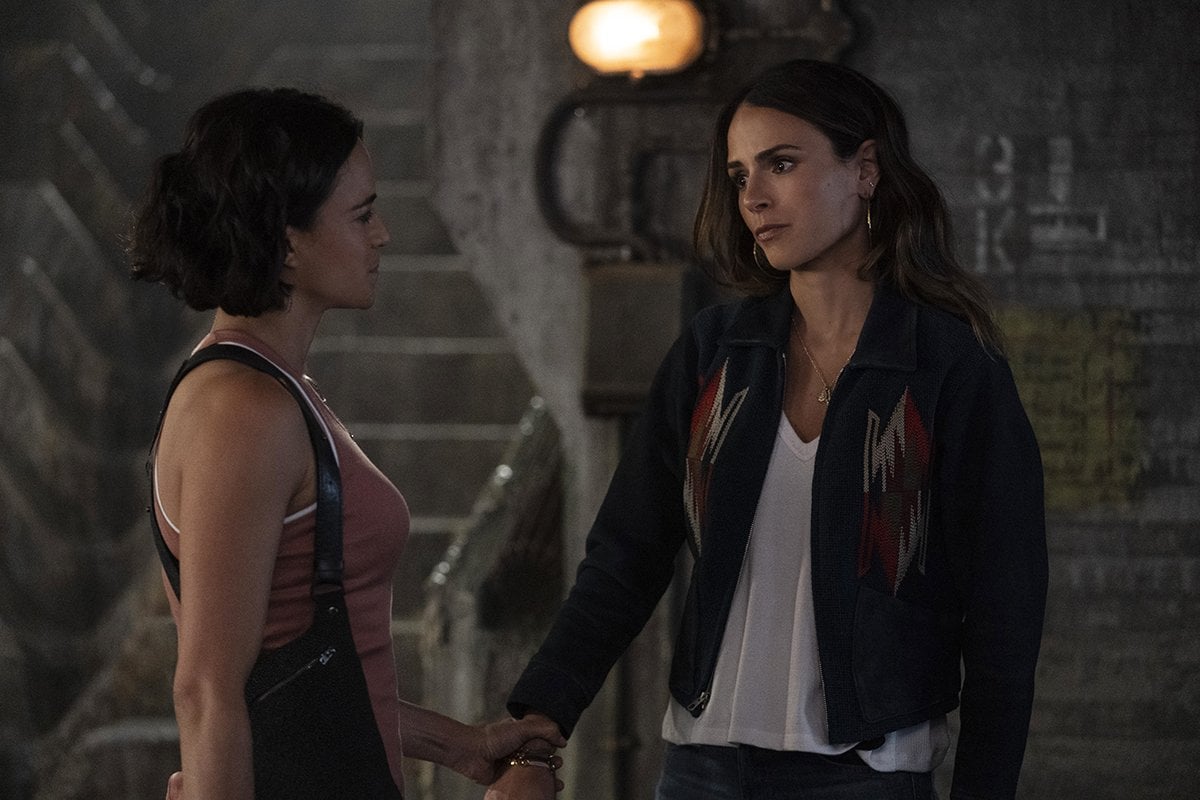 Michelle Rodriguez and Jordana Brewster in Fast & Furious 9. Image: Universal Pictures.  Fast & Furious 9 also marks the notable return of Jordana Brewster as Mia Toretto, who rejoins her brother's team when it is discovered that a third Toretto sibling, their estranged brother Jakob (John Cena), is now a master assassin who's out for revenge against his family and is caught up in a dangerous, world-ending plot.

The 41-year-old actress was part of the franchise's original leading line-up and appeared in five out of the eight installments. Her character was then written out of the storyline following the tragic 2013 death of Paul Walker, who played her husband Brian.

In the Fast and Furious world, Mia and Brian went into hiding for the safety of their growing family and to live a quieter life, but speaking to Mamamia, Jordana Brewster said she always felt that Mia Toretto needed to find her way back into the action.

“I'm always in contact with Justin Lin, our director, and Vin Diesel, who plays my brother Dom and of course Michelle Rodriguez," Jordana said. "With Vin, I'm constantly texting him for advice and he does the same with me. It’s wonderful how our real-life mirrors our on-screen life.

"To me, it always feels more of an anomaly when I'm not a part of these movies. So it just felt really right for me to be back."

Speaking of her longtime Fast & Furious co-star Paul Walker, who played undercover cop turned Toretto crew member Brian O'Conner, Jordana said that keeping his legacy alive in this film was of the utmost importance to her. So much so that she worked with the Fast crew to ensure that a direct tribute to Paul Walker's Brian was woven into her costumes at all times.

“It was very important to me to honour Paul's legacy in the right way," she said. "I did it through small things."

"For example, I worked with costume designer Sanja Hays and I said, if the story is about Mia leaving her family to go and deal with Jacob and Dom, then I want her to have something that speaks to them.

"And so the three bracelets I'm wearing in the movie each have a name on them. One has Brian and then I named my daughter Olivia and our son is Jack. And so those bracelets signify that family.

"The character of Brian is always going to be a part of the Fast and Furious universe and so it is beautiful to honour him in this way. Whether it’s this or just seeing his car driving up the street. Those moments are bittersweet, but they are also beautiful moments to have in there."

In her 20 years of being part of the Fast and Furious franchise, Jordana said she's noticed a sizable shift in how women are treated, both on-screen and behind-the-scenes, saying that an overall shift in the power dynamics of Hollywood had allowed her and her costars to make their voices heard.

"When people say that women don’t like these movies because action movies are 'not for women', I think they should speak for themselves," the actress said bluntly when asked about the lingering perception that movies like this are designed to appeal only to men. "They can’t speak for women in general. In this movie in particular, between the character of Ramsey and even Helen Mirren, there's so much to see. So many great role models."

The actress went on to say, “Michelle Rodriguez insisted on having a female writer on set and Justin, Michelle and I had many meetings about our big fight scene in Tokyo.

This is a sentiment that Game of Thrones actress Nathalie Emmanuel, who stars as hacker and overall tech whiz Ramsey in Fast & Furious 9, wholeheartedly agrees with.

According to the 32-year-old actress, working on the action blockbuster was one of the few times she could look around a set and not feel like she was wildly outnumbered by male co-stars.

“Badass women were definitely represented here," she told Mamamia. "One day on set I actually counted the number of women who were there and the number of men on set, in terms of the actors, and I was like, 'Oh my God, it’s the same number'. It’s usually imbalanced the other way. 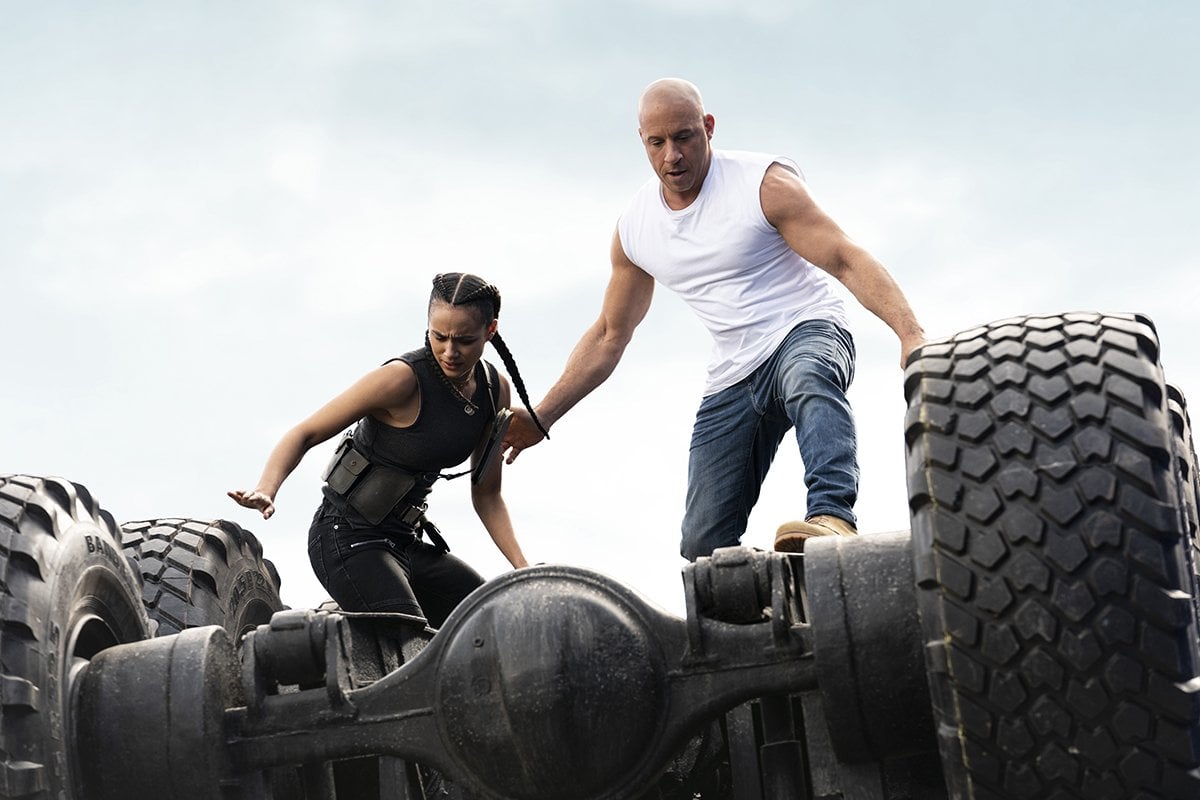 In fact, one of the comedy moments that hits the hardest in Fast & Furious 9 is centred on Ramsey and her driving ability, a joke she now believes is based on her actual life.

"I don't know who came up with that," she laughed. "I think they were probably inspired by me and everyone's found that very funny. I like to think that they were probably just laughing at me a little bit. I mean, I did learn to drive many years ago, but I just never did the test."

"I never particularly needed to drive in London," she continued. "I've lived here for six years and I'm all about buses and walking. That's just normal for me, why would I sit in traffic to go up the road?

"I also think it works for the character of Ramsey too because she's just so good at one thing, that's why she didn't get around to learning how to do other stuff because she was perfecting her skills and probably building computers. Like she probably built a computer when she was about 10, and was so caught up in that she just missed out on those other milestones in her life."

However, just because Ramsey's driving skills don't match up to the rest of the Fast & Furious gang doesn't mean she wasn't a central figure in some of the film's most intense action sequences.

Leading to a few moments during filming where she felt true fear while performing the stunts.

"There’s one part of the movie where I literally climb out of a car window and then jump onto another vehicle while it's moving," she said. "We're not doing that in real-time, of course, but I’m still in a harness having to jump out, climb across the hood and then jump across to a very big armoured truck."

"So there was definitely a moment where you think 'if I miss this jump I am going to fall and it’s quite far'. I’m in a harness, so I know I'm safe, but it takes a minute to process what you actually have to do. Anything legitimately dangerous we leave to the professionals of course.

"These movies are not easy movies to shoot, so it's good to know you've got your comrades with you."

Fast & Furious 9 is in cinemas now. It is rated M.