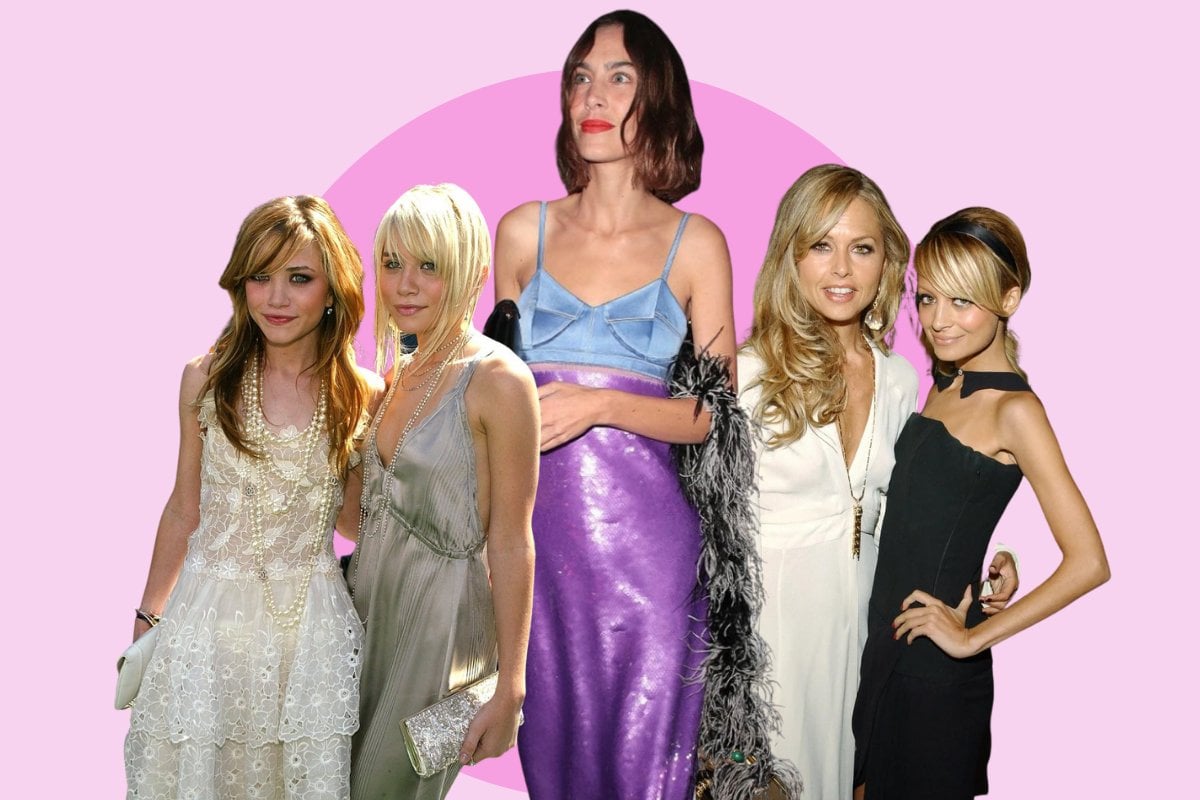 I have big boobs, and growing up it made me feel like I would never be considered fashionable or chic.

When you think of a person known for being "chic", who springs to mind? As someone who discovered fashion in the early 2000s, the names I come up with are the Olsen twins, Sienna Miller and Alexa Chung. Posh Spice, anyone? Gorgeous, stylish, fashionable women - but none of them are busty.

I'd obsess over their fashion in glossy magazines and on Tumblr, and the images of them are forever burnt into my mind. They were just so fashion. I'd look at them, braless in their slip dresses or oversized baby doll dresses, and then I'd look down at my chest and think, 'I'm never going to be stylish'.

I'm big busted. My boobs aren't small, neat or discreet. I literally buy my bras from a place called 'More Than a Handful'.

Watch: Anna Wintour shares what to wear in a job interview. Post continues after video.

My breasts aren't fake - which means they aren't necessarily perky, sitting upright and firm on my chest. Instead, they are big, roundish (emphasis on the 'ish'), and need support. I have spent my whole life trying to wear a slip dress without a bra, and it either looks way sexier than I intended or my bust just looks like a droopy shelf. Neither look screams high fashion.

Mary-Kate and Ashley Olsen, Sienna Miller, Mischa Barton, Nicole Richie, Kate Moss and Sarah Jessica Parker were considered style icons when I was growing up and experimenting with style. These were the women presented to us by the media as people whose style I should want to emulate. 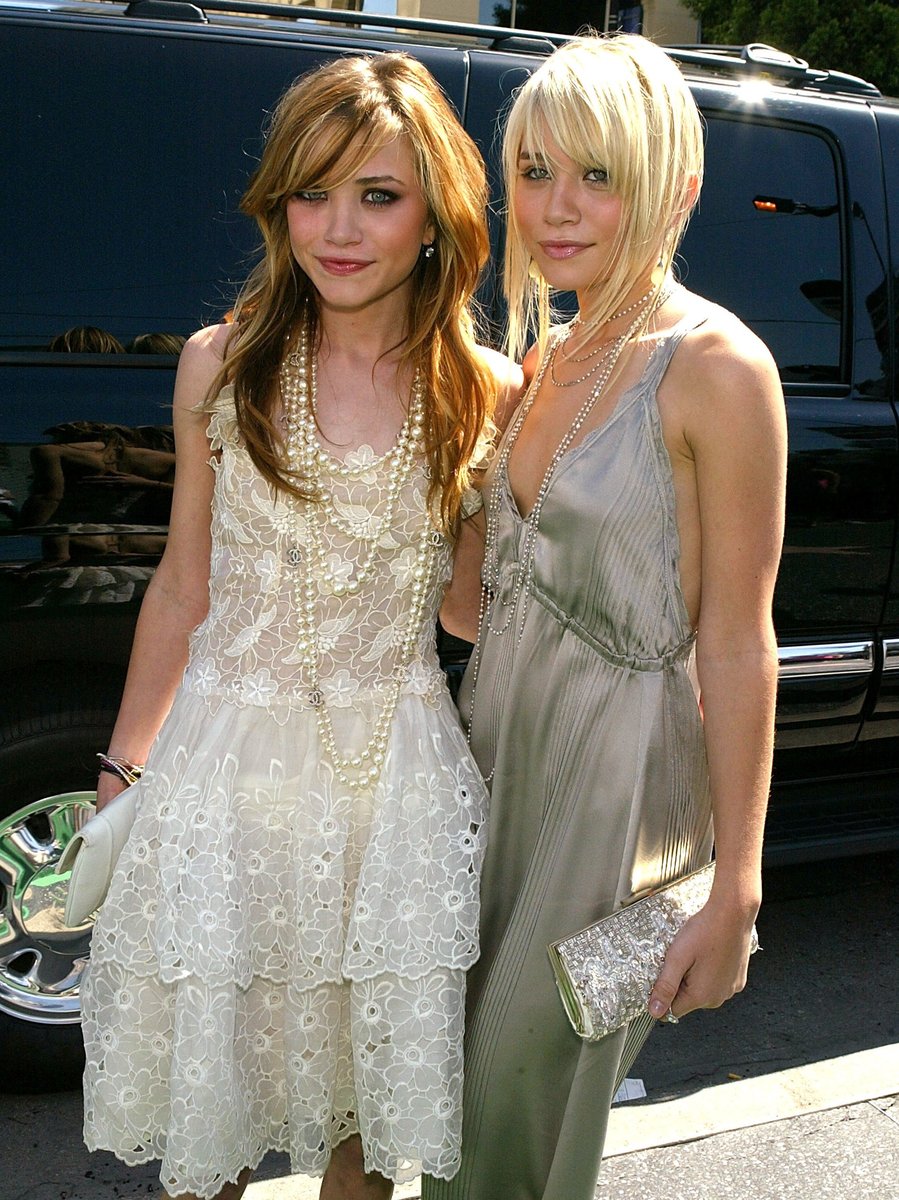 Mary-Kate and Ashley Olsen (The Olsen twins) at the premiere of New York Minute, 2000. Image: Getty. 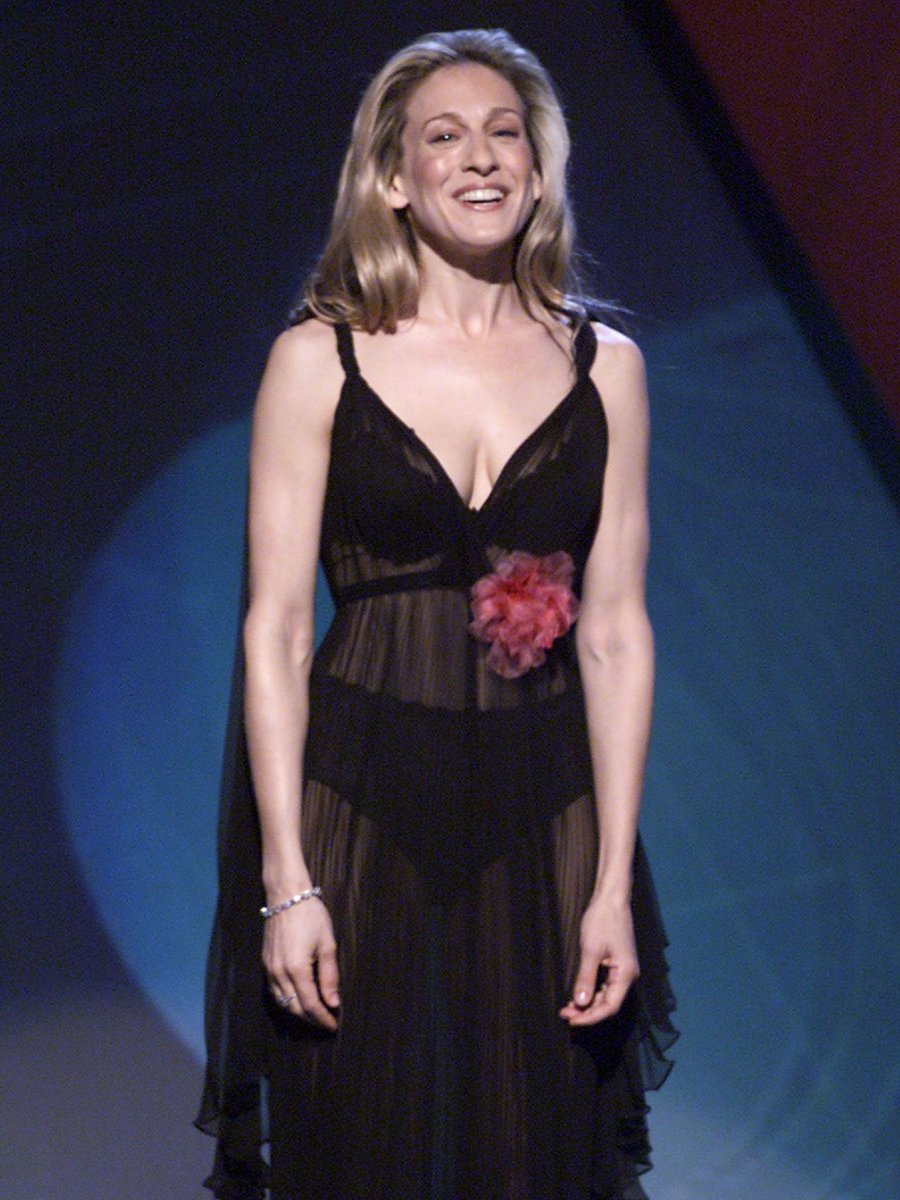 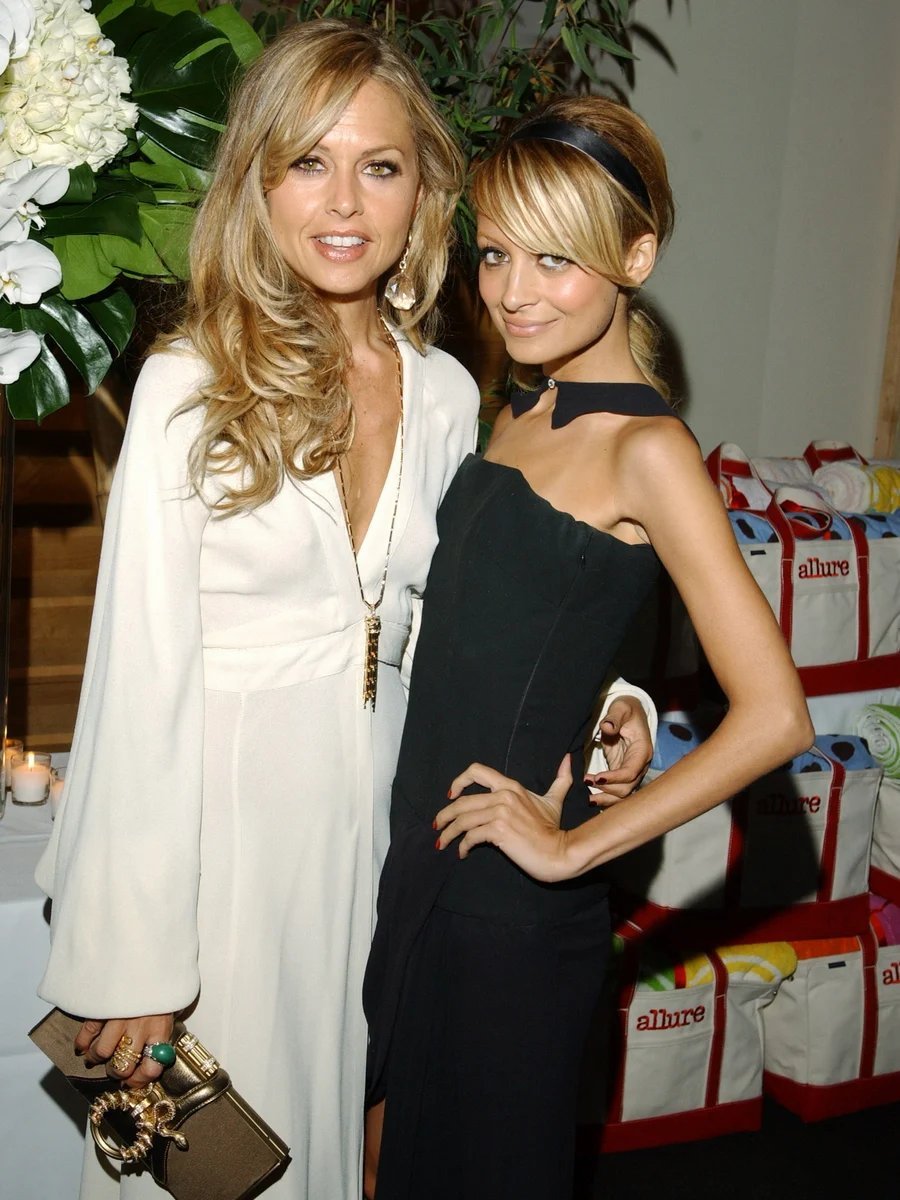 Meanwhile, big busted celebrities like Megan Fox, Lindsay Lohan and Pamela Anderson were stars we enjoyed sexualising, but not whose style you'd want to "steal" - and they were never featured in those 'Get the Look' guides in glossy magazines. They were tabloid fodder, and definitely weren't invited to the Met Gala. 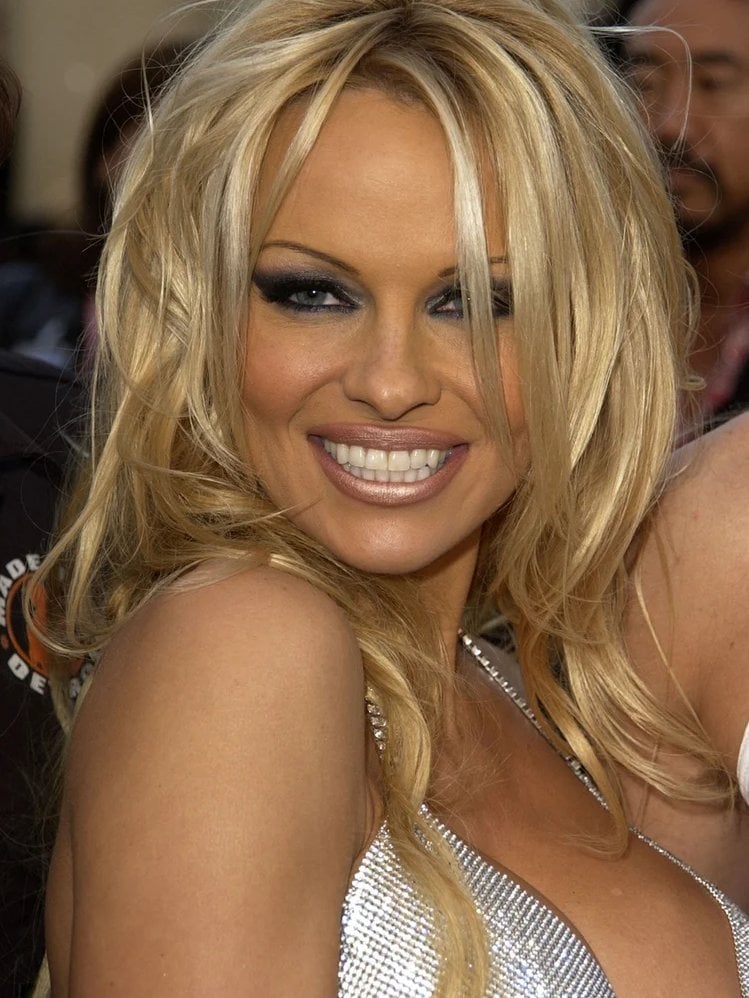 The popular styles were dictated by what looked best on the most idolised celebrities, and they were things that don't really work for big busts: boob tubes, baby doll dresses and slips. All styles that looked horrendous on me. Boob tubes offered no support, baby doll dresses puffed out too much because my bust forced them to, so I'd look like a giant triangle. I was constantly in shops and in tears. I just wanted to look cool and chic, but everything was either too sexy or too baggy because I needed to get it over my chest.

How was a girl meant to feel fashionable when the fashion was simply not created for me? Of course, this was also the peak of the so-called "heroin chic" era. Everyone in the fashion world was small-busted and very thin. Fashion marketing was saturated by one type of body, and it wasn't mine.

Fortunately, my perception of myself did change, because the famous women now at the centre of fashion are much more diverse. I now have celebrities like Lizzo and Abbie Chatfield to look up to - stylish, busty queens.

They are also trendsetters, and their presence has meant more things are 'in' fashion that accommodate a larger bust.

Stylists are dressing famous women with boobs. This means these days it's much easier for me to find things in a shopping centre that work - so I guess I need to say thank you to all the Kardashians.

This change means my wardrobe has been able to expand beyond band t-shirts - I can now participate in most current trends, although backless dresses are still a no.

I’m able to put together fashion looks that have no emphasis on my bust, and it’s made me feel way more stylish. The blazer trend has been a saviour for me: you can throw a blazer over anything and it takes away from your cleavage, if you want to.

Of course, the change didn’t erase all my big boob issues - even now, it's still impossible for me to find a white fitted shirt that does up at the bust and isn't baggy on the rest of me. It's pretty hard to find most clothes that will fit me up top and still work with the rest of my body. It's a never-ending battle.

But at least now I can look to other women in the public eye for inspiration. The shift towards size diversity and celebrating all kinds of body shapes has been a blessing for me. I feel seen and included. It makes me feel empowered and, yes, even chic.

Reply
Upvote
I was a teenager and young woman in the 70's. I had small boobs and was constantly teased about it for most of my life. I felt pretty inadequate. I would have loved to have had at least average sized boobs. There were tops and dresses that I could not wear because of my tiny little boobs. The nasty, barbed comments and pokes in the chest that I received from other females, and occasionally males, scarred me for life. Now that I'm older and larger, my boobs have finally grown. I still don't feel fashionable though.
M
mamamia-user-482898552 3 months ago