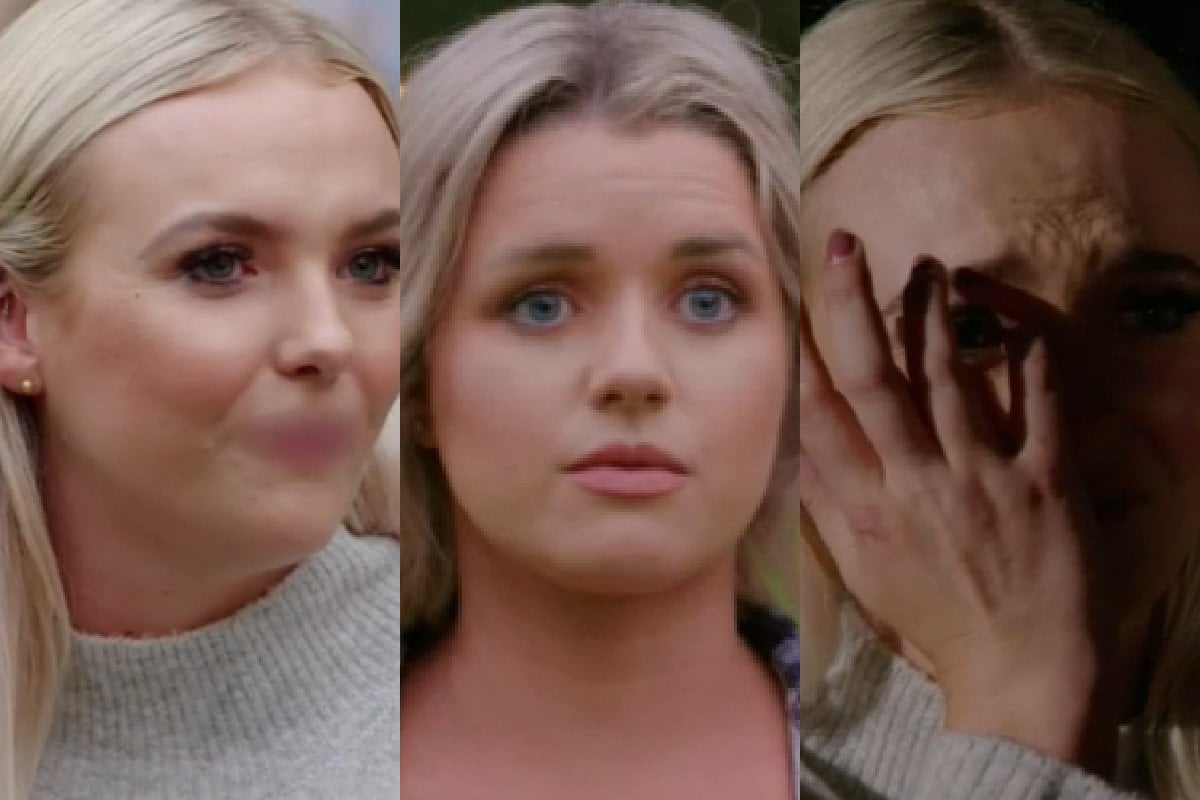 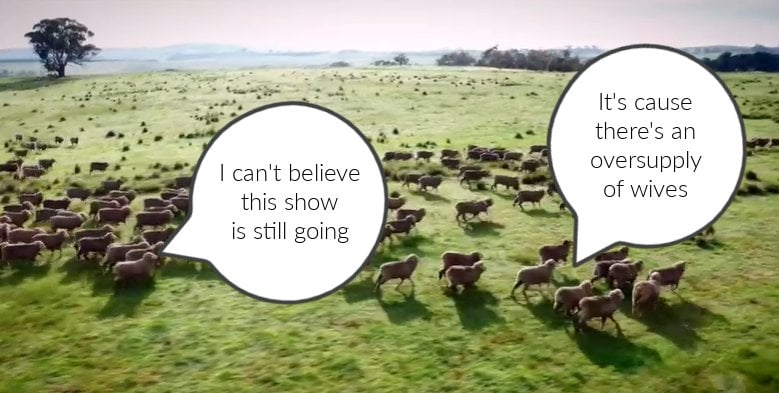 "MUST BE TOUGH IN THE BIG CITY."

They, like each and every one of us, can't believe this show is still... going, and that wives just keep... turning up.

Over at Farmer Matt's, he's thinking about how Tara could have been his future wife but she left the farm. Lucky he has a few... spares.

At Farmer Andrew's, he's worried that he's developed the most feelings for Jess and she's the one least likely to move to the farm.

He then gets his wives to pick the best "studs" to be matched up with the ewes for mating. It's hard for them because they're literally on a TV show competing for... Andrew. 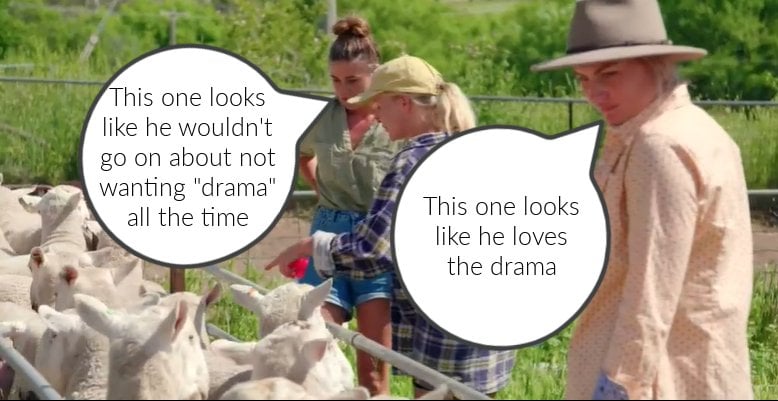 "It's such a hard decision."

The very sweaty brother says he needs to look for his best friend and Fake Farmer Sam says he thinks that could be Mackenzie. He thinks she's holding back though.

Mackenzie thinks Fake Farmer Sam is holding back too but that could be because his whole life is a... lie.

At Farmer Rob's, he seems super into Vici. They're riding horses again while the other wives follow in the ute.

All the farmers and the wives are reuniting for a camping trip.

The set up their tents etc and then break up into separate farmer and wives groups so they can catch up on the... gossip.

The farmers play a game of cricket and then sit around a circle and say things like "TOUGH WEEK, BROTHA" and "BIG ONE" while Matt tells them about what happened with Tara. 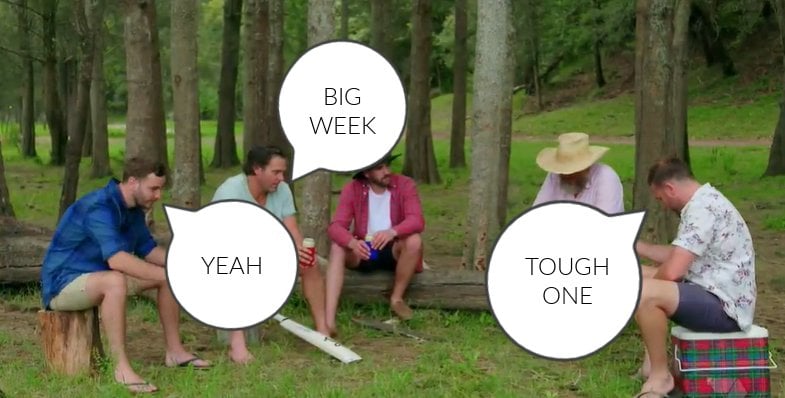 "TOUGH WEEK FOR THE BIG FELLA."

Then Farmer Andrew tells the boys about how Jess is his number one pick but he's worried she won't move to the farm.

Farmer Will tells the boys that he had his first date with Jaimee and his first kiss on a date and then he pumps his fist. 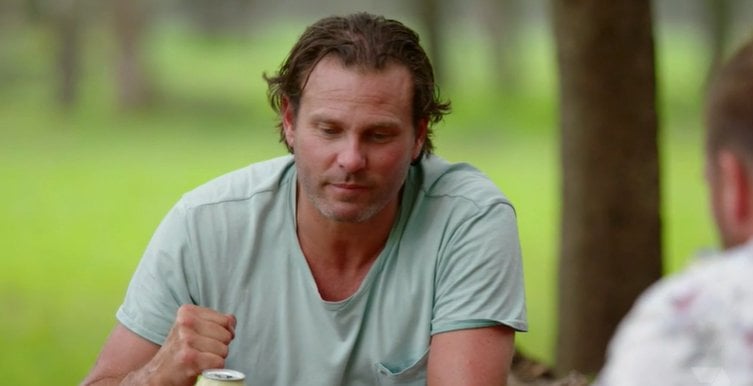 BUT WAIT A MINUTE.

NAT IS HERE AND SHE'S GOT SOME NEWS FOR MATT.

Tara a lil' bit regrets that time she left the farm and she's come to the camp to ask Matt for a second chance.

Matt goes to chat to Tara and the rest of the farmers go tell the wives the hot goss.

Tara and Matt sit on a rock while a Coldplay cover plays in the background and it's very suitably dramatic for two people who have known each other for three weeks.

Tara tells Matt she's sorry and that she lost sight of the bigger picture. 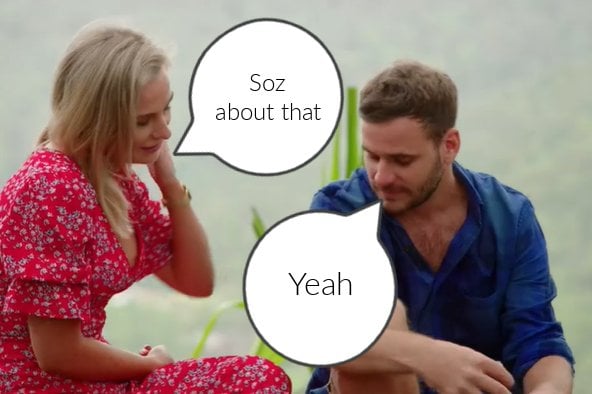 Alex says he needs a minute to think about things and then - nek minute - Matt and Tara walk back into the camp together.

Hayley says it's a "f**king joke" and look she's not wrong. 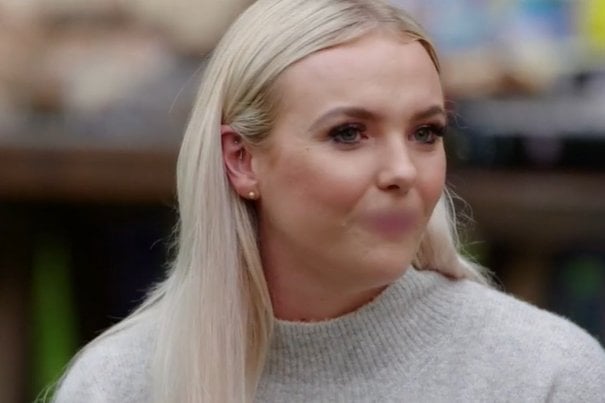 Brydie straight up says that Matt just wants a trophy wife. Alex is superconfused why someone who wants to leave gets all the attention while she's been there doing the right thing all along.

Th rest of the wives and farmers are just sitting back, enjoying a few snags and the free show.

Farmer Matt goes and sits next to Farmer Will to get away from the drama and Angel Farmer Will says he needs to see it from their perspective. 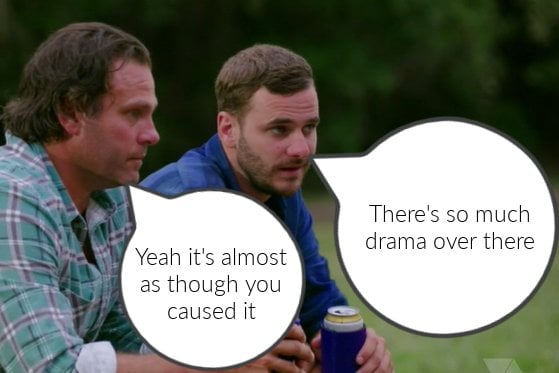 Hayley and Alex are sitting in the back of a ute talking about Matt when he... comes over. 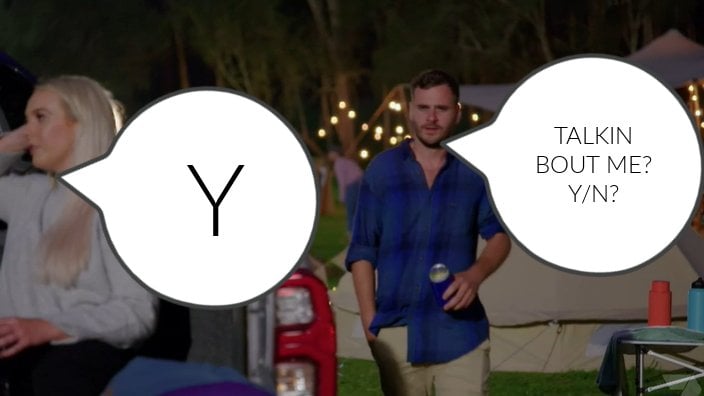 Alex gets up and walks away and Hayley explains that she's taking it slightly better than her.

Hayley asks Matt if she's not good enough and he tells her she's "plenty good enough".

Meanwhile, Fake Farmer Sam and Mackenzie are having a chat about who's holding back. Mackenzie tells Sam she wants the final single date.

Kristina (???) a woman I have literally never seen before talks to Farmer Will about how they haven't spent much time together. He tells her he'd like to take her on the final date if she is into that.

Chelsea takes Fake Farmer Sam for a chat and lets him know that she's going to leave his fake farm. 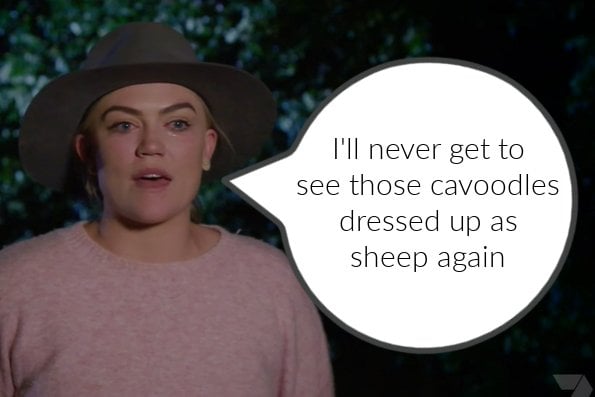 "They were doing such a great job."

It's morning after and the farmers have to choose who to take on their final date.

Farmer Andrew picks Rach... to see whether they really have a connection or not.