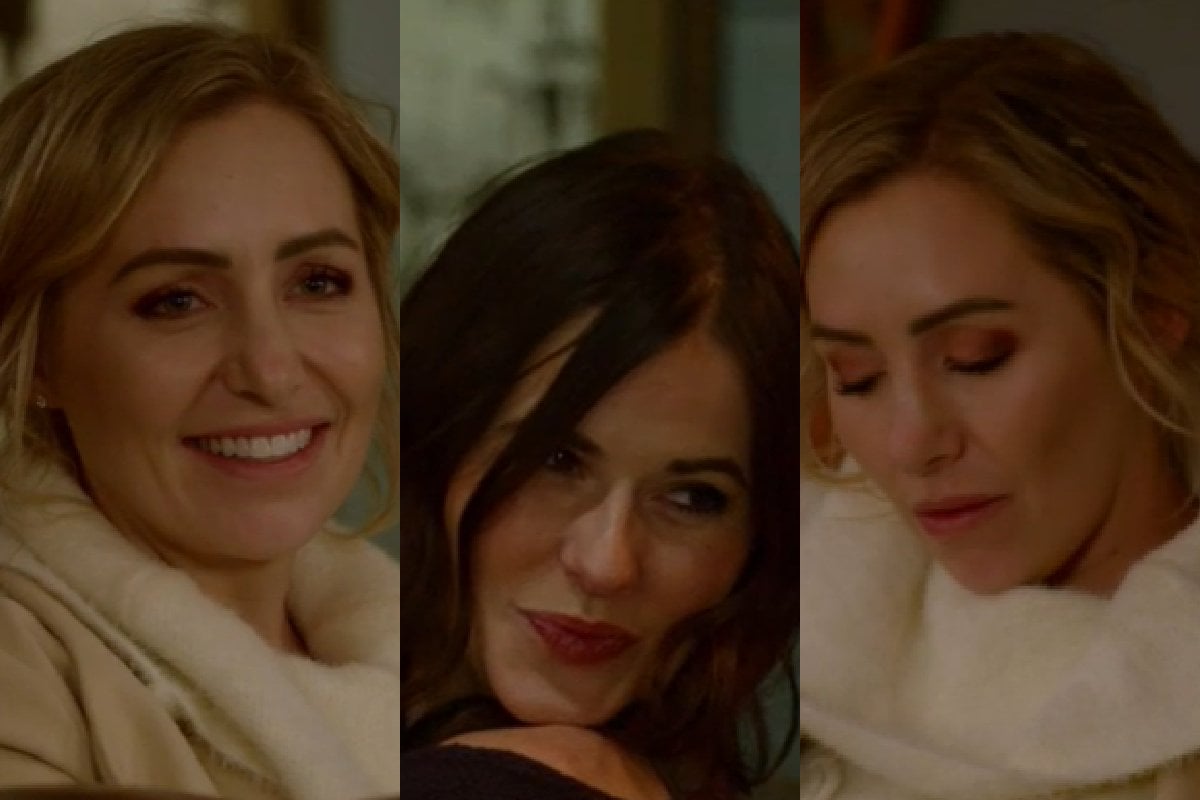 We open on an unimpressed horse.

He's just found out he has the fake farmer and now he's having an identity crisis. 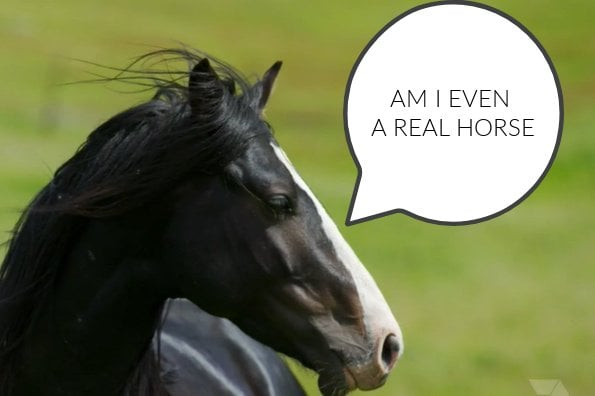 At Farmer Andrew's, both Andrew and the remaining wives are talking about how great it is now that the drama Lucy is gone. 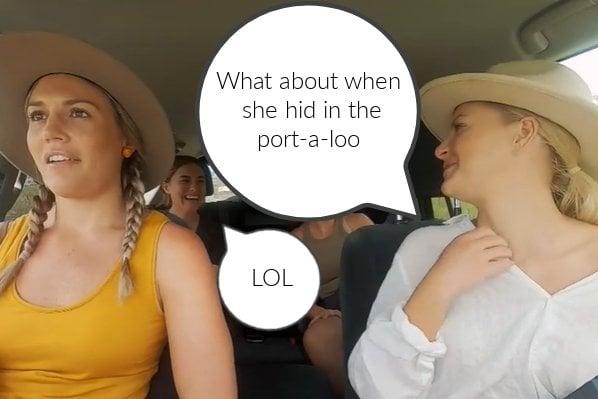 The women get to meet Andrew's dad "Chops" and do some more sheep shearing. Fun times!

The wives make Chops a sanga and he tells them there's no room for lattes and false eyelashes round 'ere. 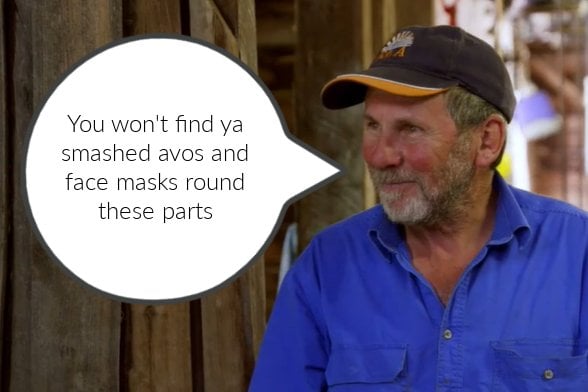 "NO TIME FOR COSMOPOLITANS AND PEDICURES ROUND 'ERE."

Over at Farmer Rob's, Meg says she thinks he's the "frog's clogs" and someone get this woman a spin-off. 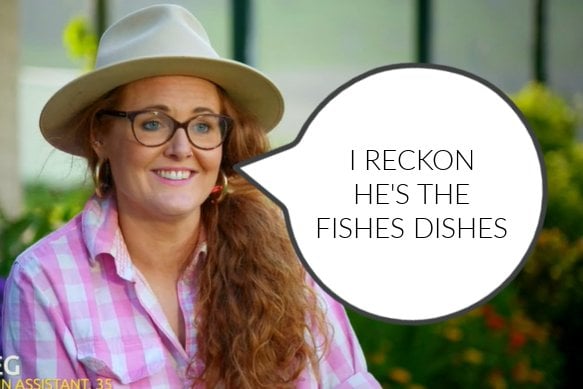 Farmer Will has taken his wives to "Bogan Country" which incidentally is where my people are from. 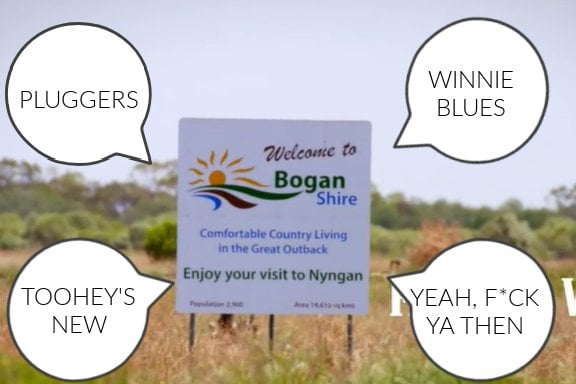 "WOULD YA HAVE A CAPTAIN COOK AT THAT."

They go into Nyngan to meet a mate of Will's.

Will's mate is a giant statue called.... wait for it... THE BIG BOGAN. 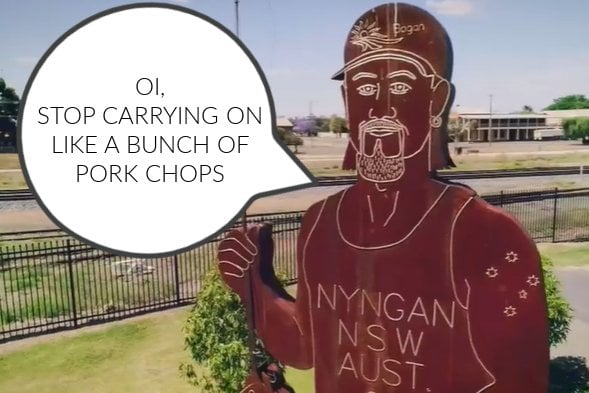 "IT'S BLOODY DRY AS A DEAD DINGO'S DONGA ROUND 'ERE."

Over at Fake Farmer Sam's, they're feeding some sheep that may or may not be real. 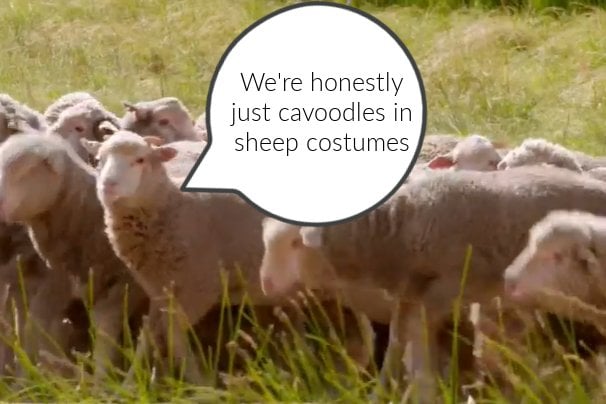 "He put an ad up on Airtasker."

Fake Farmer Sam decides to teach Allanah how to drive his manual ute and sir, you've never even seen that vehicle before today.

Mackenzie seems a bit down so Fake Farmer Sam goes to chat to her and reassures her that although he's a fake farmer, his feelings for her are real.

The rest of the wives steal the ute and... leave. 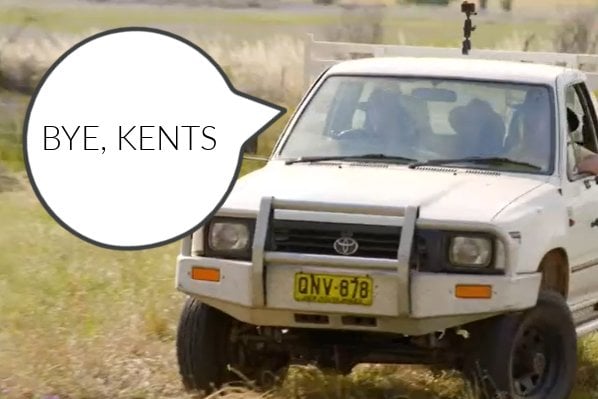 Fake Farmer Sam complains that it's hard to get to know someone when you're in a group environment and sir, you made up an entire fictional life and applied for a TV show so you could be in this group environment.

The farmers and the wives head to Farmer Rob's place in the Snowy Mountains to regroup for the... gossip, and also the... drama.

The wives meet up for a picnic in the paddock and catch up on who was sent home.

Meanwhile, the men hang around the pig on the spit and say things like "HOOROO", "HERE'S THE BIG FELLA", "NO BEATING AROUND THE BUSH 'ERE". 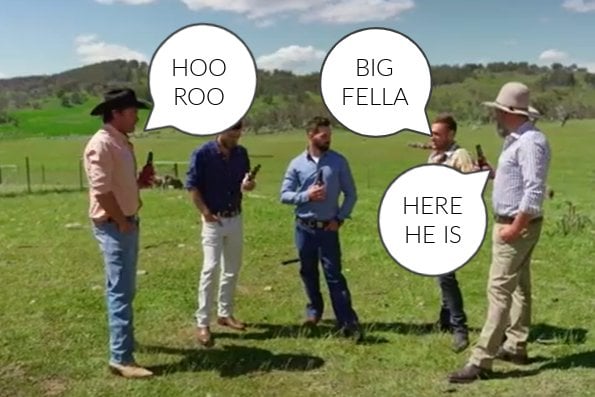 Farmer Will says Jaimee is his top pick at the moment.

Farmer Andrew says things have been good at his farm since he sent the drama Lucy home. He had a great date with Rachael but still has a strong connection with Jess.

Over at the wives' camp, Jaimee is saying that her romance with Will is like "Beauty and the Beast".

Farmer Andrew's wives make a pact that they can all kiss him but they have to keep it private.

The farmers and the wives reunite in the shed to eat the pig on the spit and all the farmers say they're looking forward to a drama free night and they hope the "girls" are on their best behaviour and:

1. Condescending, and
2. Never going to happen.

The wives tell Farmer Andrew about their pact. He says that's great but he's not going to kiss any of them tonight because he wants a drama-free night and in the process... creates drama.

Farmer Andrew and Jess go for a chat while the rest of the women discuss #kissgate.

Jessica - the woman who gave up her home and job for this - decides it's time to finally make her move.

She takes Farmer Will for a chat and they agree they like each other but also can't look each other in the eye. 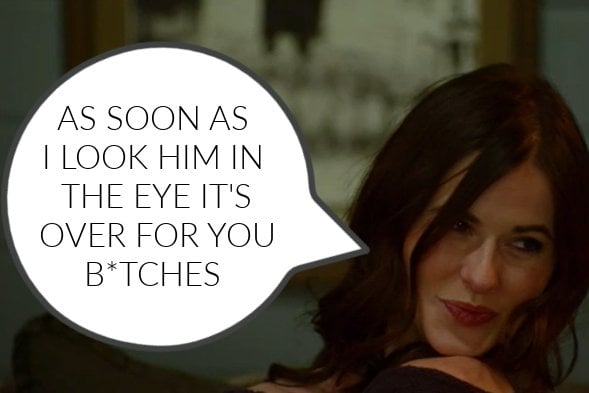 Mackenzie tells Farmer Sam it makes her nervous when he smiles at her so he sits there with a blank expression on his face.

Farmer Andrew sits by himself and drinks a beer because he wants to avoid the "drama".

Demi tells Farmer Sam that she's "the whole package" and he should get to know her better and you go girl.

Jaimee takes Farmer Will for a chat and he explains Jessica has made her big move.

She tells the camera she was falling in love for the first time and is heartbroken.

Fake Farmer Sam and Allanah have a chat and realise they have nothing in common.

Ash finds Farmer Andrew sitting by himself again, and they have a chat.

He decides he likes her because she's "drama-free".

The farmers now have to decide who they're taking on their next one-on-one date.

AND SUDDENLY GIVING UP HER WHOLE DAMN LIFE FOR THIS SEEMS LIKE NOT SUCH A CRAZY IDEA, IDK IDK.

No, but it's so sad though because Jaimee definitely thought it was going to be her and then it was... not. 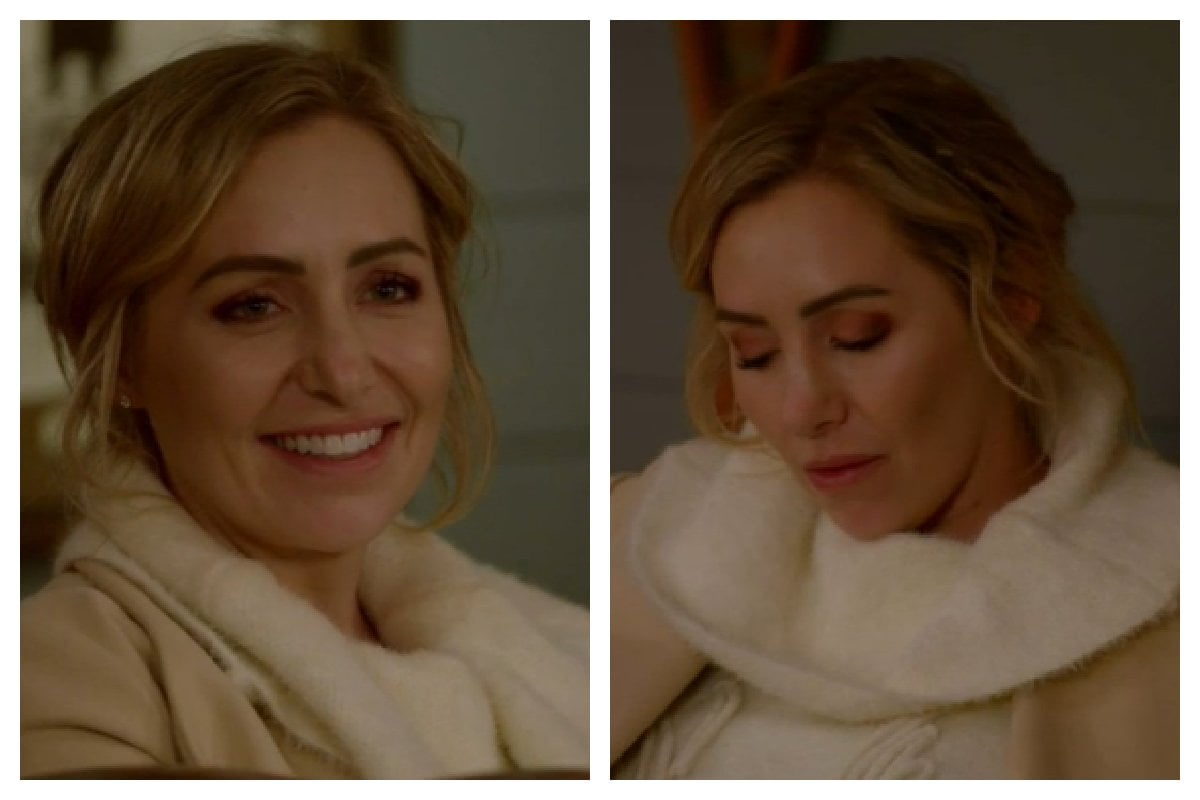 And finally, Farmer Andrew chooses Ash because she doesn't bring the drama, you see. 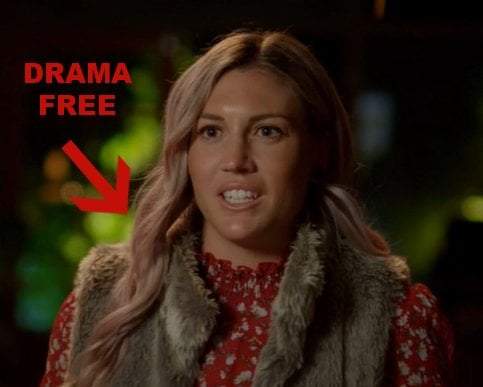