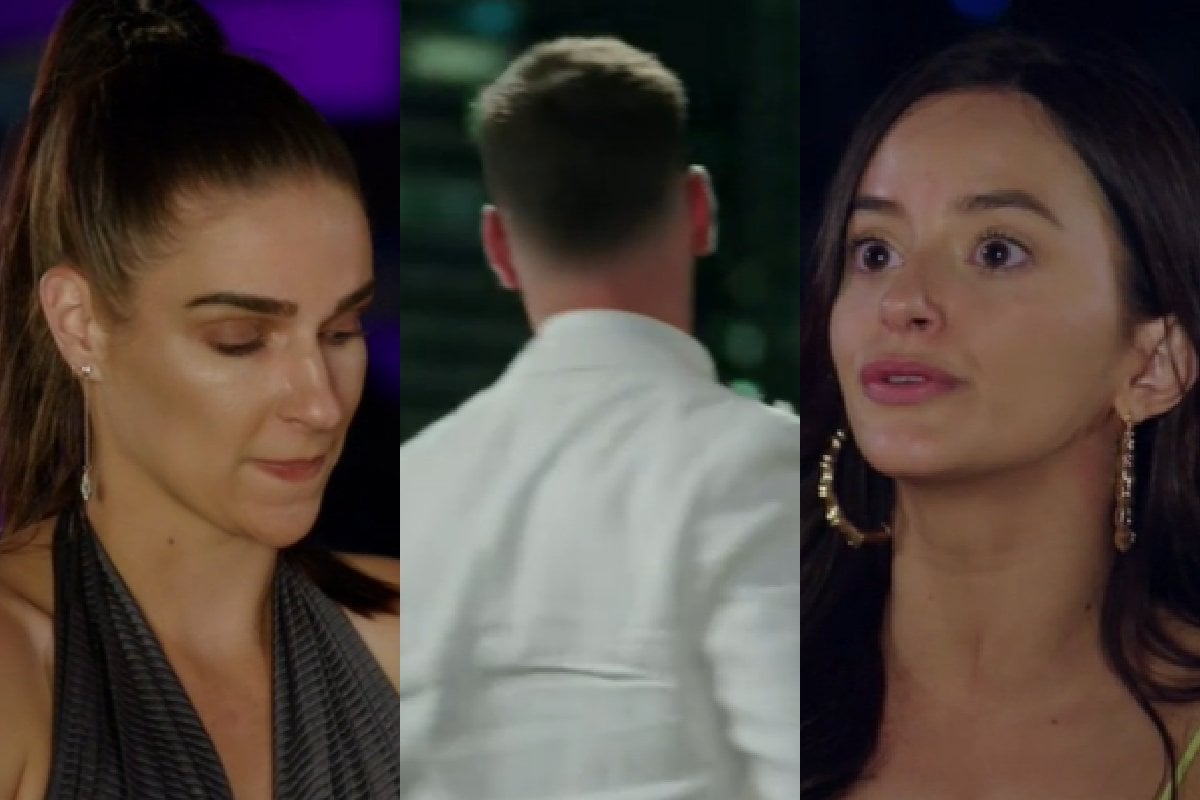 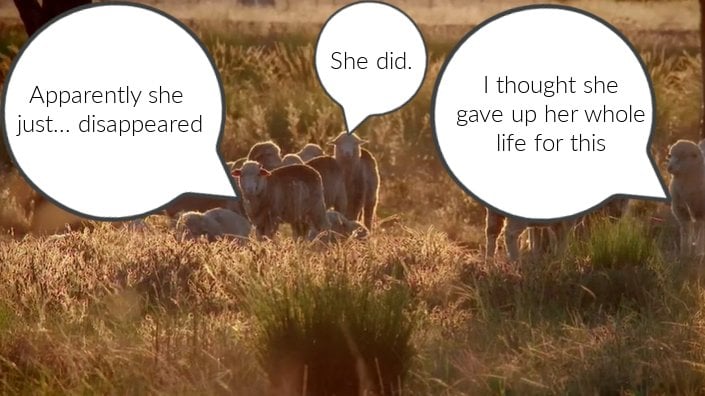 "WHAT A PLOT TWIST."

It's the last day on the farm before both the farmers and the wives head to the... BIG SMOKE.

Farmer Matt and Tara have yet another conversation about that time she left the farm and came back again.

Kristina tells Farmer Will she likes him too.

Over at Farmer Rob's, he is 100 per cent in love with Vici. They go for another horse ride and look I'm prepared to watch this Snowy Mountains-themed spin-off. 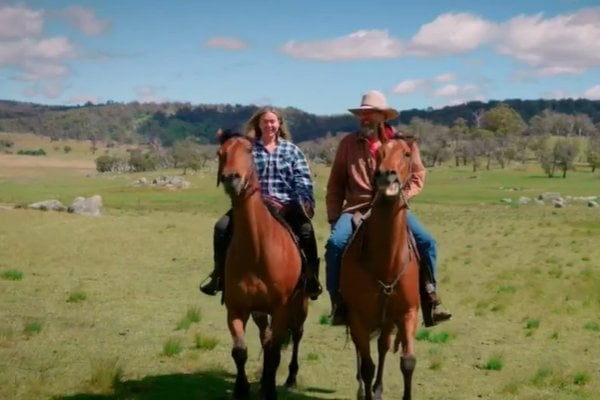 THEY LOVE EACH OTHER.

At Farmer Andrew's, he's wrestling with the fact he kissed Ash and then moments later Jess told him she's falling in love with him.

He and Ash have another chat on the back of a ute and she tells him she "likes him a lot".

Over at Fake Farmer Sam's, Allanah is telling him that when he meets her parents, he just needs to be a "polished version" of himself and they'll love him, but that's hard for him because even he doesn't know he who is anymore.

He goes for a drive in the ute and thinks about that time he a lil' bit fabricated a whole life as a farmer to get on a show called Farmer Wants A Wife. 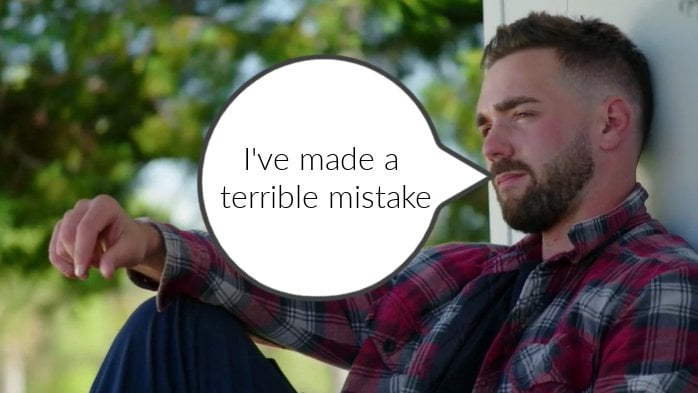 It's time to head to the big smoke!

The farmers drive straight into the heart of Sydney which seems like a questionable decision considering they've never come across a traffic light or roundabout before. 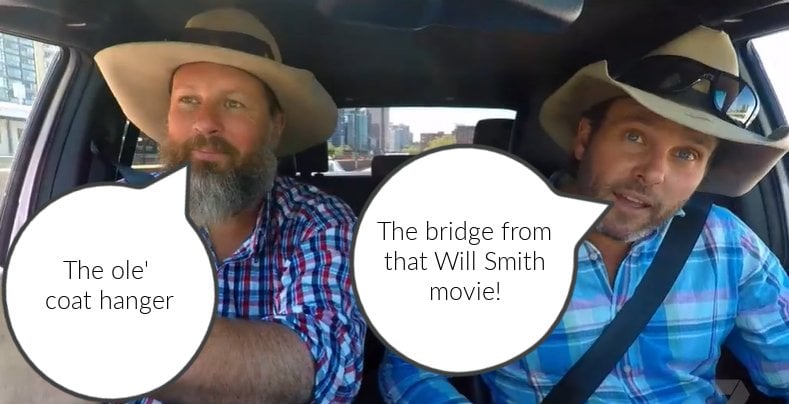 "WELL, WOULD YA LOOK AT THAT."

The farmers arrive at their accommodation and say things like "THIS IS FLASH" and "HOW'S THE VIEW BOYS". 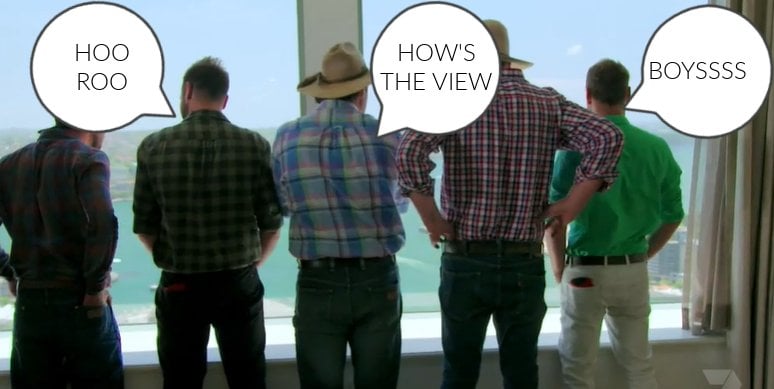 "WOULD YA LOOK AT THAT BIG BOY."

The wives arrive in their dresses and talk about how it's nice not to be covered in cow s**t etc etc.

The farmers stop staring at the Harbour Bridge for a minute and discuss their weeks. Farmer Andrew tells them about that time he kissed Ash and then Jess told him she's fallen in love with him.

Fake Farmer Sam says he's not sure he should meet Mackenzie and Allanah's families probably because of that time he a lil' bit fabricated a whole life story to get on the telly.

Tara decides it would be "best" if she told Jess about that time Andrew kissed Ash.

Jess has a little cry in the bathroom and wonders whether she can trust Andrew.

The farmers are here.

It's the hottest thing I've ever seen. Especially... Will. 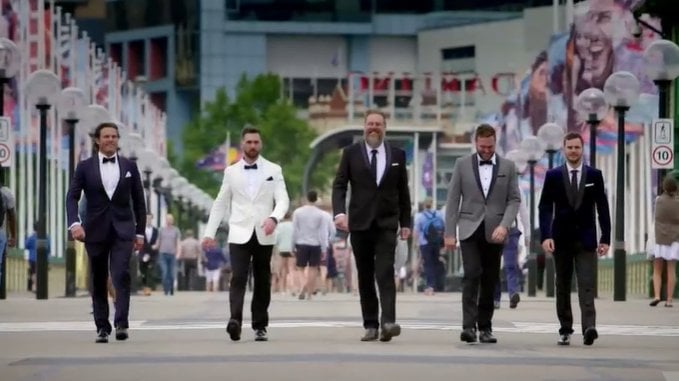 "THE BOYS HAVE SCRUBBED UP NOT TOO BAD."

The farmers and the wives gather together and Nat tells them she's devised a game where they'll have to "whip out some good ole fashioned honesty" and... Sam's face. 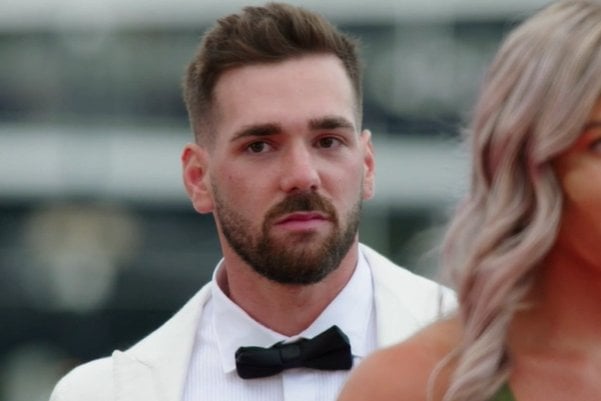 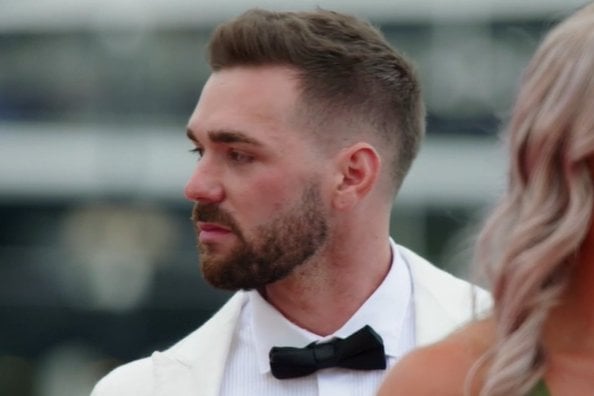 Mackenzie says she thinks honesty is super important, and she doesn't think it takes much to be honest in a relationship or in... life.

Farmer Andrew is concerned there's "gonna be drama" and sweetie, you caused it.

They sit down for dinner and find out the menu is basically just a list of difficult questions they have to ask each other.

Jess asks Farmer Andrew what he likes most about her and Ash and he answers and then says it's "difficult to answer these questions in front of each other" and Jess says "that's what you signed up for" and there's definitely about to be a lil' bit of drama. Andrew's favourite!

Next Ash and Jess have to say what they like most about Andrew and Ash says "he's quite honest" and Jess says "you reckon?"

Over at Fake Farmer Sam's table things are awkward because him seems to have forgotten how to... talk.

Back at Farmer Andrew's table he asks Jess what her biggest concern is about him. She says it's that he hasn't been completely honest, and he does this face... 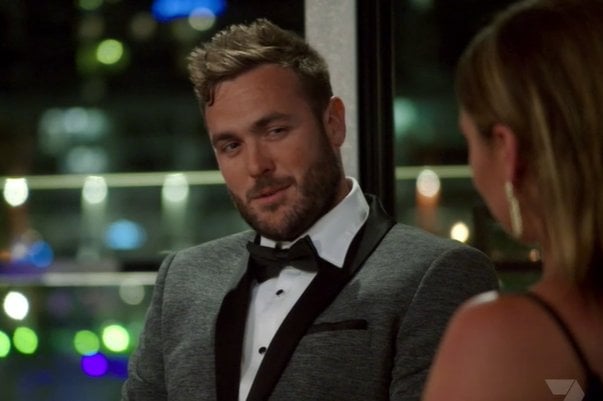 Andrew tells the camera that "water's wet, the sky is blue, and girls talk" so he has a bit of an idea about what Jess might be upset about.

Jess goes to talk to Andrew and he tells her about that time he kissed Ash just before she declared her undying love for him.

Over at Farmer Sam's table he still isn't... talking. Allanah asks him whether he wants a break because it's becoming uncomfortable for each and every one of them.

Then she straight up asks him whether he see's a future with either of them and he gets up and... leaves. 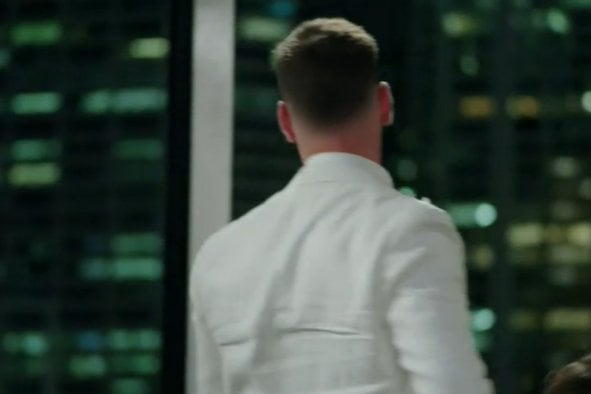 Farmer Matt takes Tara for a chat and she tells him she feels really "inadequate" next to Alex because she's so well spoken and she "can't talk for s**t".

Matt, a man who says "youse" a lot, reassures her that she can talk for s**t.

Fake Farmer Sam turns back up and takes Mackenzie and Allanah for a chat. He tells them he only sees them both as a friend.

Mackenzie walks away and Alannah does a yell and then walks away.

Fake Farmer Sam has a harbour think and then goes and finds Mackenzie and they say a tearful farewell. Mackenzie heads home and Sam head backs to the farm to pull down the set and the return the props he borrowed.

Farewell ye cavoodles in sheep costumes. We will miss you the most.

Meanwhile, Farmer Andrew has finally returned from his chat with Jess, and Ash is... pissed.

She's spent 45 minutes alone while Andrew's been dealing with the "drama" he says he doesn't... want.

Ash says that in this point in time she doesn't want Andrew to meet her parents.

Jess also says she doesn't "see a future with Andrew" and she wants to get out of this "situation".

Well, this has gone... well. At least we got to see Farmer Will in a tux.