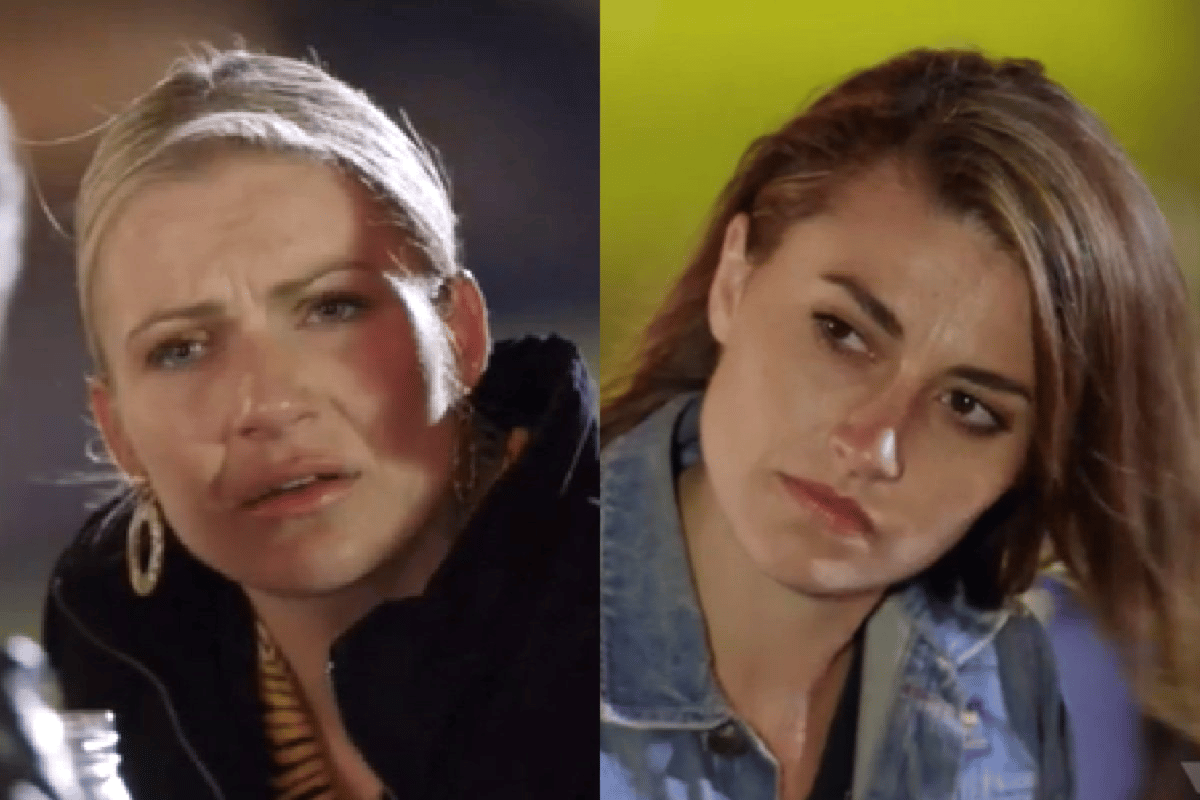 It's the day after precisely one wife was sent home.

Farmer Will and his wives have a quick debrief before getting to work on the farm plugging up a mysterious leak.

Over at Farmer Andrew's, the wives are setting a paddock on fire, while at Farmer Rob's, they're squeezing some ram testicles. 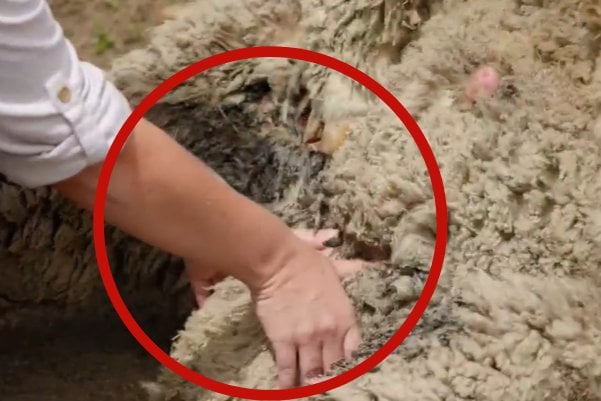 At Farmer Sam's, some of the wives are waterskiing on the dam, while the others are... gossiping.

Nickia is telling Allanah that Mackenzie didn't get to bed until 2am and she has a suspicious-looking bruise on her neck.

Sam and the rest of the women sit down for lunch and Allanah straight up asks him about the potential hickey. 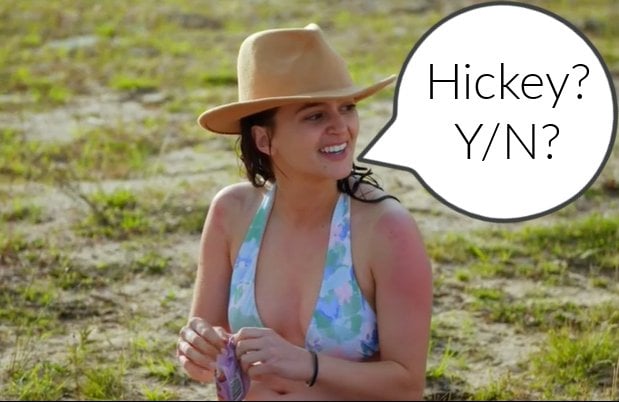 "All mouth to neck activity must be pre-approved by the group."

After a bit more back and forth, Sam confirms that he and Mackenzie hooked up the night before and the rest of the women have a yell because this is a six-way marriage and he needs to be spreading those hickies around.

Farmer Will is roasting marshmallows with his four remaining wives. After the rest of the wives go to bed because he's spending all his time with Jaimee, they have a kiss on the back verandah.

The next morning, Sam apologises for storming off. They make a pact to share hickey opportunities going forward which is nice for them.

The farmers and their wives are invited to a ute muster.

The farmers and the wives reunite separately to discuss the... gossip, and also the... drama.

The farmers gather together on the back of their utes (?) and say things like "MATE", "THE BIG FELLA" and "HERE HE IS" and then talk about how Will sent home one of his wives.

Then Sam tells them all about that time he gave one of his wives a hickey and then did a storm off.

The farmers laugh and say things like "AYEEEEEEE", "ROOKIE ERROR" and "MAAAATE". 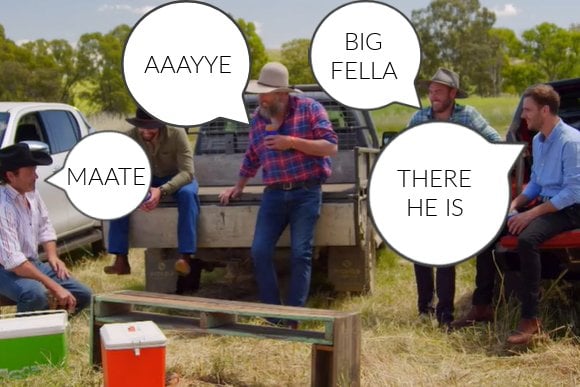 "WHAT A LOOSE UNIT."

At the pub, the women are also discussing #hickeygate.

Outside on the verandah, Lucy is confessing to Rachael that Andrew told her that when he first looked at the profiles, her and Jess were the clear frontrunners. Then he lent in for a kiss and she turned her head and he kissed her cheek.

Rachael says she's going to confront Andrew about his "pecking order" at the ute muster.

The farmers and the wives reunite at the ute muster, and one of the farmers says he's just looking forward to a drama-free night and honey, no, that's not what we're here for.

Farmer Sam and Demi have a chat and a kiss on the back of a ute.

They return to the rest of the group and report back, and the hickey recipient isn't happy about it.

Over at Farmer Andrew's table, Rachael is having a... great time. 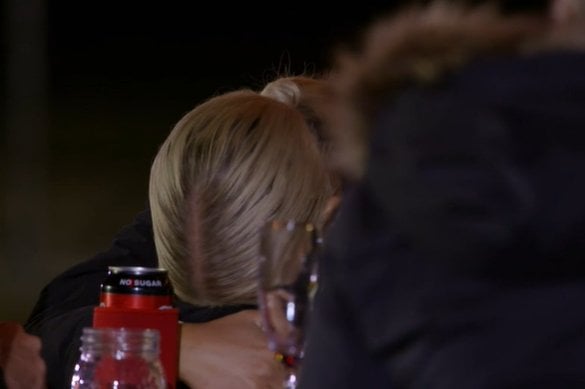 Andrew takes Rachael for a chat and says the profile thing is a "storm in a teacup" and that Lucy has "misread" the situation.

He then says that he didn't try to kiss Lucy.

Back at the table, Lucy is telling the rest of the wives about the rejected kiss and they don't believe her. 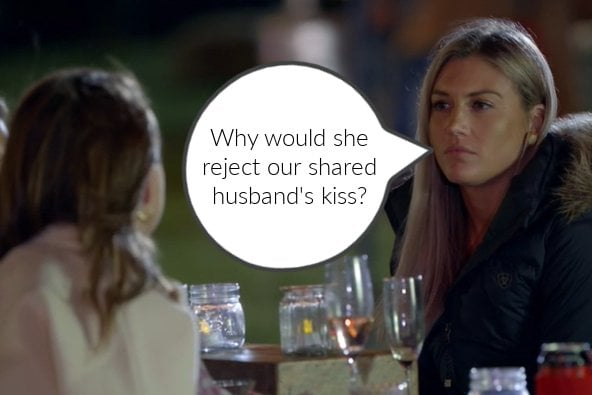 Lucy says she's being ambushed, and she does storm off.

Andrew and Rachael return to the table and the rest of the wives fill them in on the storm off.

Andrew tells them the kiss thing is "a lie" while Lucy cries in the paddock.

One of the other farmer's wives comes over to comfort Lucy and they go sit in a port-a-loo to talk it out.

Farmer Sam has a chat to Mackenzie about his kiss with Demi and the cob of corn he's holding seems confused. 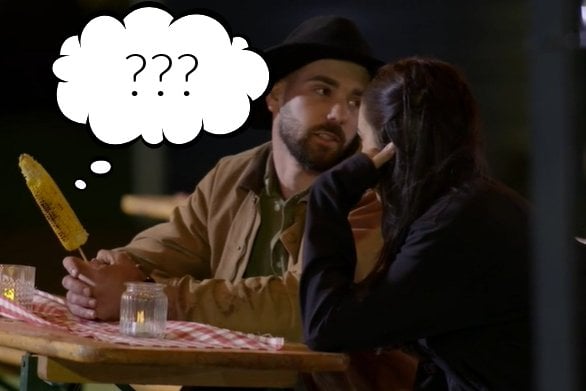 "Humans are so f*cken weird."

Farmer Andrew decides to confront Lucy about the kiss lie and they can't decide who's taken what out of context.

But then she decides to stay.

The rests of the wives seem... happy. 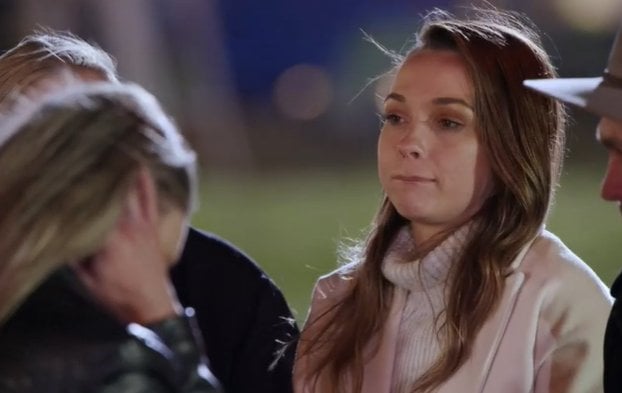 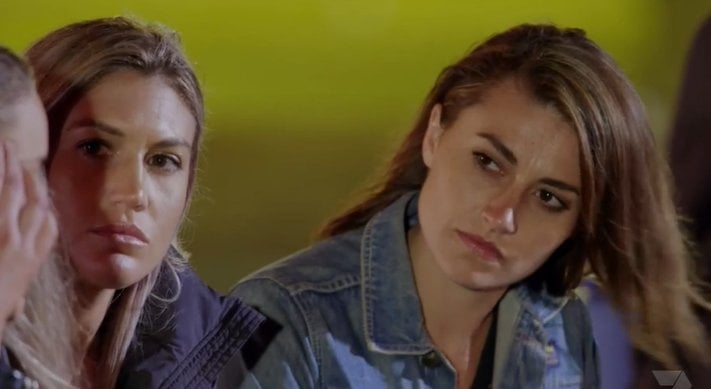 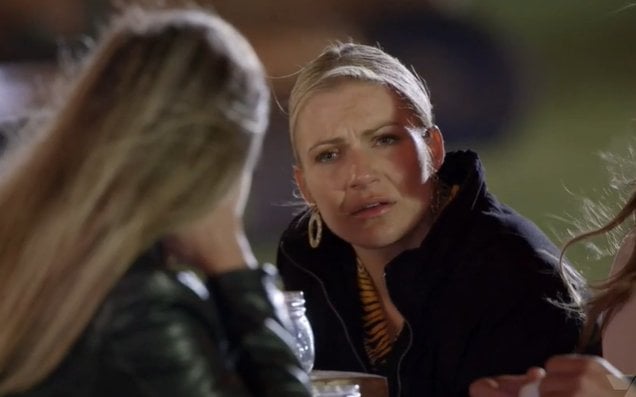 The farmers now have to choose who to take on the next single date.