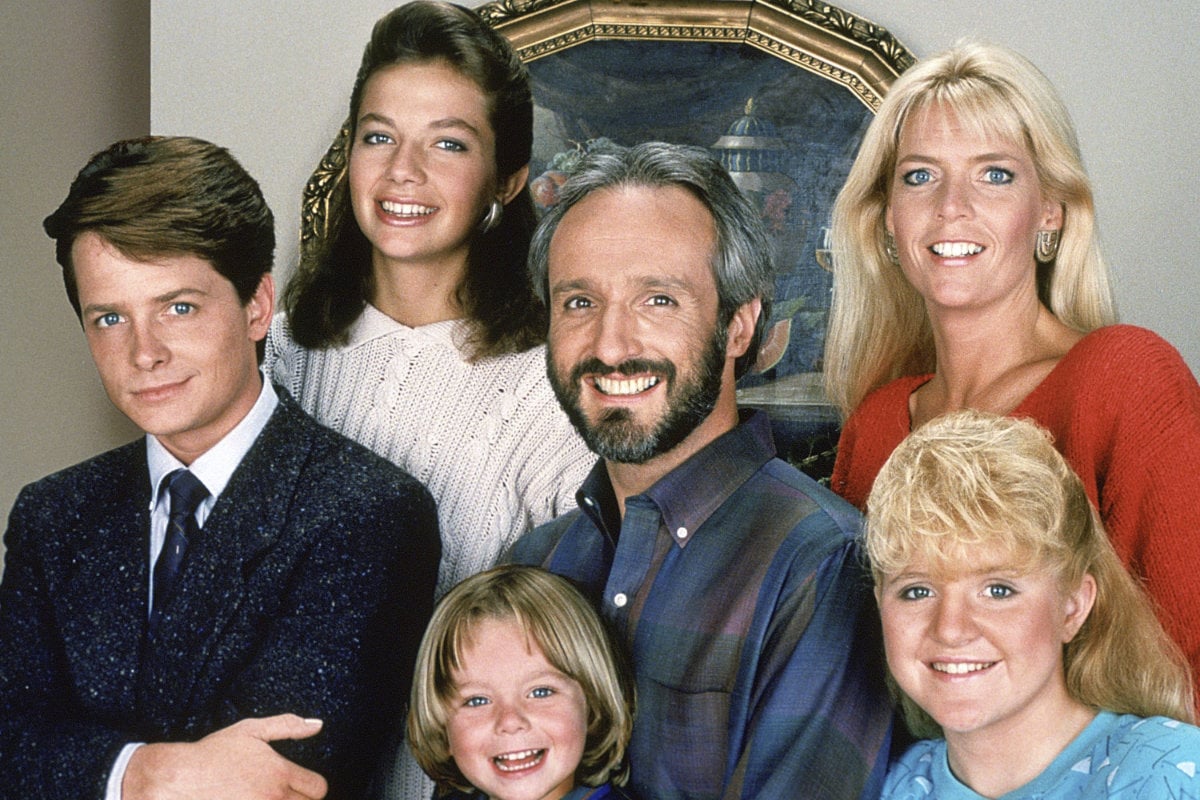 If you were born in the 70s or 80s, there's a good chance you grew up watching the much-loved Keaton family.

Now, 38 years on from the show's first episode, the Keaton kids are no longer, well... kids. In fact, all of them have gone on to have children of their own. Yep, even baby Andy.

Here's a look at what the kids from Family Ties are doing now. 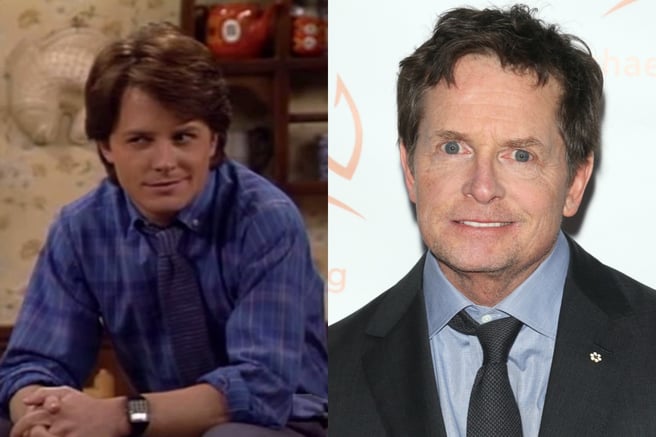 Older brother and conservative-minded teenager Alex P. Keaton was played by none other than Michael J. Fox. The role led Fox to earn three Emmy Awards and a Golden Globe Award.

After appearing on Family Ties, the young actor was further catapulted into fame and went on to star in box office films like the Back to the Future trilogy, Teen Wolf, and The Secret of My Success. A year before the show ended, Fox married his Family Ties co-star and love interest Tracy Pollan, who he now shares four kids with.

The now 59-year-old actor has also lent his voice to animated films like Homeward Bound: The Incredible Journey, Stuart Little and Atlantis: The Lost Empire. In 1996, he starred in TV series Spin City, earning himself two additional Golden Globes and another Emmy. Two years later, the actor surprised the world when he shared that he had been privately battling Parkinson's disease. In 2000, he decided to retire from acting to focus on his health and launch the Michael J. Fox Foundation for Parkinson's Research.

But his retirement didn't exactly last long. Fox has since gone on star in TV shows including Boston Legal, The Good Wife and his very own The Michael J. Fox Show. Plus, just this year, he played Louis Canning in The Good Fight.

Happy Father’s Day Mike! Our kids are so lucky you’re their dad. P.S thanks for all these cute kidlings! 🦊 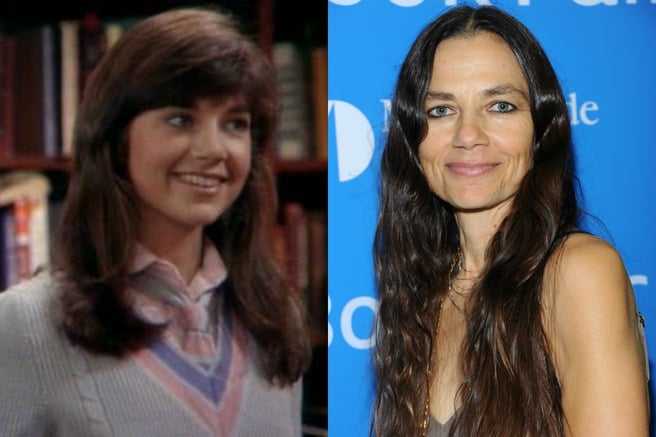 Justine Bateman played the Keaton's second eldest and most fashionable child, Mallory Keaton. During the show, Bateman continued to land acting gigs on the side and even starred in 1988 film Satisfaction alongside Julia Roberts. In 2006, the now 54-year-old actress appeared in Arrested Development and played opposite her real-life brother Jason Bateman. Since then, she has landed roles in TV shows like Desperate Housewives, Californication and Psych.

By 2008, Bateman decided she wanted to do something more than acting. That year, she made her directorial debut with the TV documentary Speechless and later wrote her first TV script for Wizards of Waverly Place. She also decided to go back to college in her 40s and went on to graduate from UCLA with a degree in computer science and management in 2016. More recently, Bateman wrote and directed 2020 drama film Violet, starring Olivia Munn and Justin Theroux.

Outside her career, the former teen star is married to real estate developer Mark Fluent and is a mother to two children. 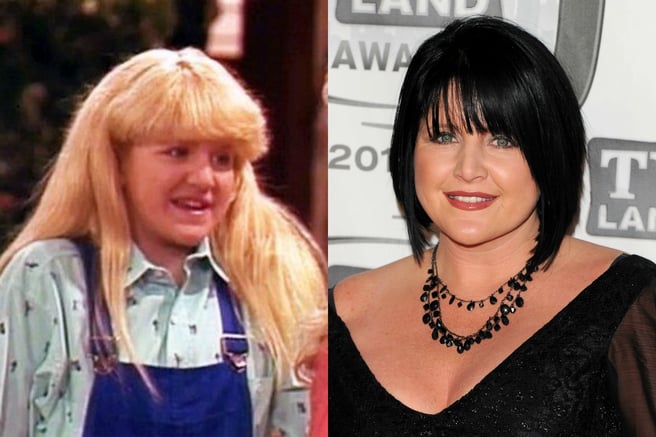 Unlike her on-screen siblings, Tina Yothers has mostly stayed out of the spotlight since playing Jennifer in Family Ties. The 47-year-old appeared in a few TV shows including Laker Girls in 1990 and Married with Children in 1996. She later returned to our screens in 2008 when she appeared on Season 6 of Celebrity Fit Club to try to lose weight after the birth of her two children. Four years later she appeared on an episode of Celebrity Wife Swap alongside her husband Robert Kaiser. 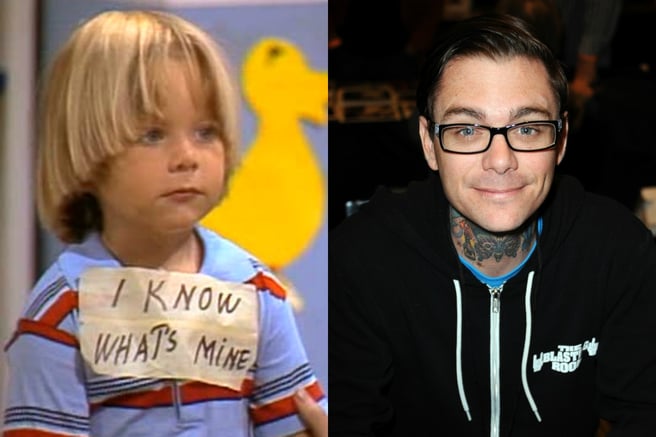 Brian Bonsall played adorable younger brother and Alex's mini-me, Andy. The 38-year-old landed three Young Artist Awards for his role on the show and later went on to appear in comedy film Blank Check and Star Trek: The Next Generation.

In 1994, at just 13 years old, the former child star decided to retire from acting. Since then, Bonsall had a few run-ins with the law over the years, inducing an arrest for suspicion of drink-driving and assault.

These days, he is sober and focusing on his music carer with indie punk band Sunset Silhouette. In 2019, they released their first album, Far Beyond Suburbia.

Outside of music, Bonsall is married to his wife Courtney and has a son named Oliver.

Who was your favourite character from Family Ties? Let us know in the comments below.

Reply
Upvote
Nick, Malories BF, was my favorite.
Memorable lines included (not exact but from memory)
1. Ay...I aint no Charles Bronson
2. Am I in Heaven? with the father in a hospital bed and Nick floating around .No, I guess not
Favorite episodes remain the Keaton Manor where the kids turn the house into a hotel to raise $$$ to pay for car repairs.
"A father is conditioned to accept certain things. There was a Kangaroo in my living room!"
And of course, the Michael J Fox episodes persuing his future wife. The Billy Vera song "At This Moment " was used heavily and became a top 20 AT40 hit in '87 because of the show.
That's It!
R
rl 2 years ago