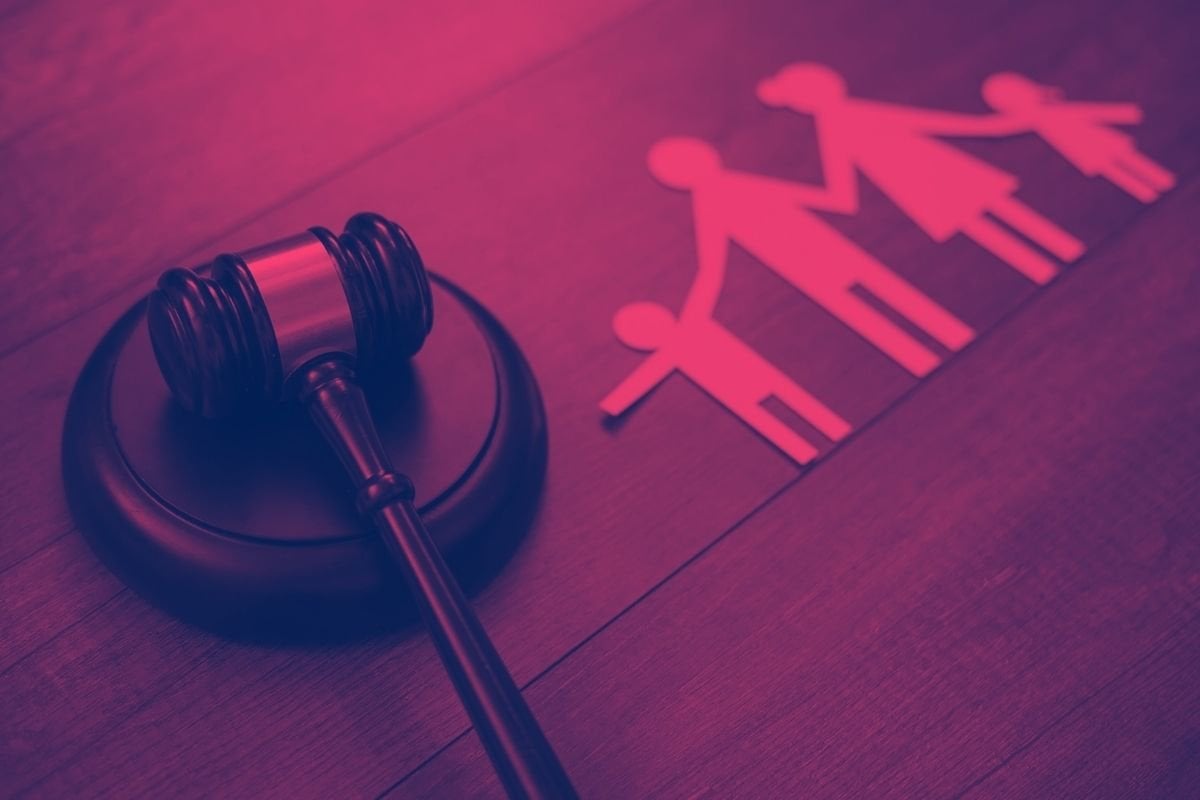 Australia's family law system is about to undergo its biggest change since it was established in the 1970s.

The Senate on Thursday passed legislation to merge the Family Court with the Federal Circuit Court, after Attorney-General Christian Porter squeezed through a deal with One Nation and independent senator, Rex Patrick.

There have been calls to overhaul the family court system for years, but this particular change has been met with criticism from key voices within the legal profession.

So what's changing exactly? And why are key groups so opposed to it?

Start from the beginning. What did the existing system look like?

When families are unable to agree on issues such as a custody and financial arrangements, these matters can be filed in one of two courts: the Federal Circuit Court or the Family Court.

The Federal Circuit Court is a generalist court that deals with a range of matters, including migration, copyright, and bankruptcy. But the bulk of its caseload — as much as 90 per cent — is family law. That includes 'less complex' matters including applications for divorce, spousal support and property disputes.

The Family Court, meanwhile, is a standalone, specialised court that handles more complex family law disputes, such as those that involve a child welfare agency, allegations of domestic abuse, mental health complexities and so on.

What's changing? And why?

The Family Court is essentially being scrapped and absorbed into the Federal Circuit Court.

By having a single entry point to the court system, Attorney-General Christian Porter argues that families will benefit from a more streamlined, uniform system in which disputes can be resolved faster and cheaper.

"Families who need to use the court to resolve matters at the end of a relationship have a right to expect the system will help them settle their matters quickly, efficiently and at as low cost as possible," Attorney-General Porter said.

"Unfortunately, for too many families, this has not been the reality as the system itself has been exacerbating the stress and pressure being experienced by users of the courts."

The courts will receive $4 million to implement the restructure.

Why are some people opposed to a more streamlined system?

Plenty from within the legal profession and in politics argue that this particular plan is not the right one.

Ahead of the decision, more than 155 stakeholders in the family law system — including the Law Council of Australia, Women's Legal Services Australia and 11 retired Family Court and Federal Circuit Court judges — signed a letter opposing the Attorney-General's "flawed" plan.

Their criticisms are many, but centre around the fact that specialised family law matters will no longer receive specialised treatment.

A key concern within that is what it could mean for the large portion of cases involving domestic violence and abuse, which evidence suggests require specialised treatment, including judges with specific family law experience.

This, some argue, is particularly necessary, given that in 40 per cent of Family Court matters in 2019-20, at least one litigant represented themselves.

Miranda Kaye, a senior lecturer in law at UTS and the co-author of a 2020 study into self-litigated cases in the Family Court, highlighted the possible issues that could arise in such cases following the merger.

"[The study authors] observed run-down state Federal Circuit Court buildings, which are not suitable for cases involving family violence allegations. This includes a lack of safe rooms and separate entrances and exits," she wrote via The Conversation. "Even where safety measures, such as video links or screens, were available in the courtroom, self-represented litigants were often unaware of them."

Horrified that the LNP just got rid of The Family Court. What will this mean for the vulnerable? Especially women and children?

The passage of the Government’s flawed merger bill by the barest of margins is a disappointing outcome for Australian children and families and tasks judges with an impossible task. Read and share our latest joint press release https://t.co/0VzcCjnmaJ #auslaw #auspol #familylaw

There is also concern that the merger will put an additional burden on an already overloaded FCC system.

"Even before the COVID-19 pandemic, the Family Court and FCC were facing delays of more than a year's worth of cases each," the Law Council of Australia said via a statement.

"Two in three FCC judges already have more than 300 matters in their dockets, some more than 600. The Chief Judge of the FCC has previously indicated that the ideal number should be around 100 each."

Tasmanian Senator Jacqui Lambi is among those to have echoed that concern.

"We’re asking judges to work like they’re someone in a burger joint … rushing about to get your orders filled and out the door as fast as possible," she said in the Senate on Wednesday.

"How is that justice? How does that bring any Australian justice, let alone Australian families?"

"I hope you can wear it, mate, because you’re going to see a lot more hurt going on in these families," she said.

Reply
Upvote
Why would a Conservative government ever make divorce and separation easier? They want couples to stay together, miserable or abusive or not because that is what their holy book says.
Spending time with your children should not involve having to 'fight for them' in a courtroom like they are property. The family court should be completely abolished in favour of a government funded, low-cost mediation system where parents are supported by family support staff and mediators until they reach agreement. The lives lost due to the current family court system leave blood on the hands of our government.
C
cat a year ago

Reply
Upvote
@anonymous unless you’re talking about the family court judges who were killed in the 90s, I don’t think the family court has ‘cost any lives’. Mediation is great in some cases but victims of family violence should not have to mediate with their abuser.
A
alexharley22 a year ago

Reply
Upvote
2 upvotes
Having spent the past 5.5yrs years going through the family court system, I can honestly say that it does need a complete overhaul. However more importantly than having things rushed through, there needs to be more emphasis placed on allowing vindictive people to use the system to control and manipulate others. All to often evidence of outright lies, abuse and manipulation of police and the family court system are ignored hearing after hearing until finally having a full 3+ day trial. If lawyers were ethical and legal aid actually looked at the evidence in the beginning and refused to represent and fund victacious custody fights, then the system would actually work for the people who need it.
News
General
Opinion
True Crime
Politics
Sport
Explainer
Entertainment
Celebrity
Reality TV
Movies
TV
Books
Rogue
Royal
Lifestyle
Beauty
Fashion
Weddings
Home
Wellness
Health
Fitness
Travel
Food
Family
Before The Bump
Pregnancy
Baby
Kids
Teens
School
Parent Opinion
Work & Money
Money
Finance
Career
Lady Startup
Relationships
Sex
Dating
Separation
Friendship
Family
Real Life
Couples