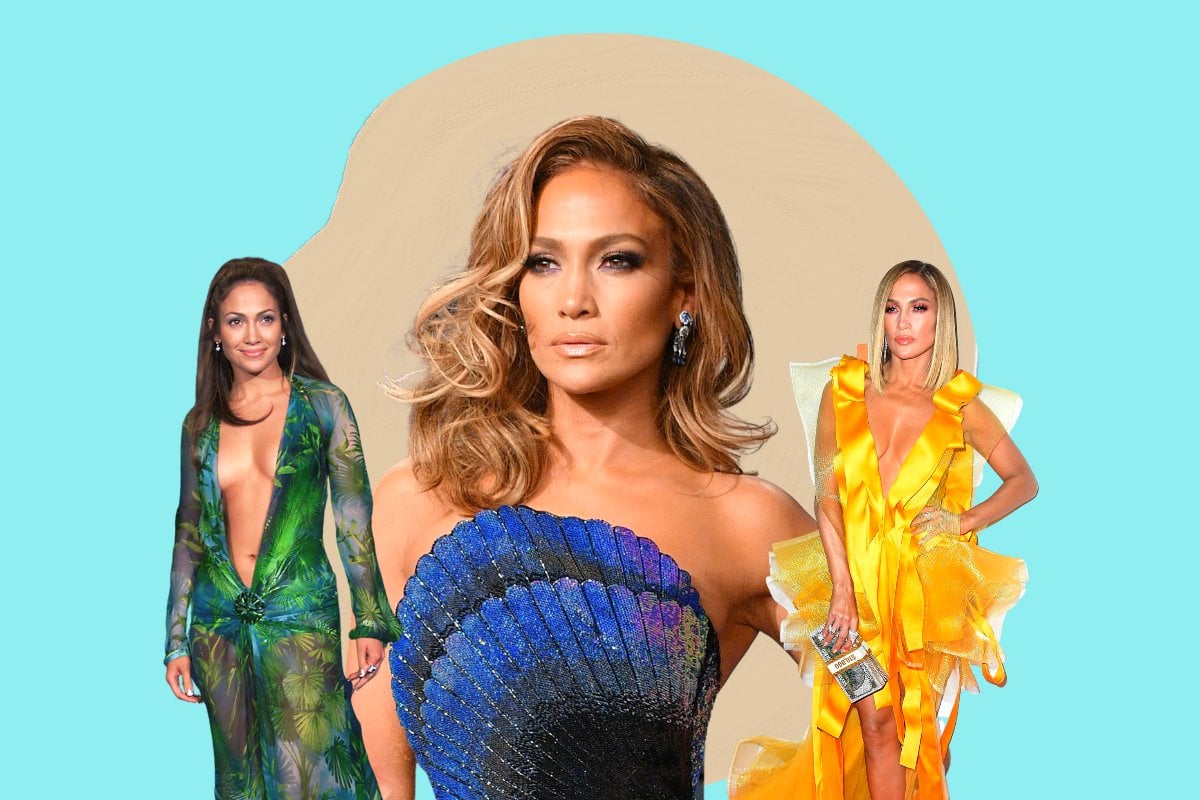 JLo is a phenomenon.

An actor, musician, businesswoman and... icon.

Jennifer Lopez has been in the spotlight for decades, and honestly, only seems to be getting better with age. From the early stages of her career, starring in Selena and releasing bangers like 'Waiting for Tonight', to welcoming twins and performing at the Superbowl, the public interest in her has never wavered.

She makes headlines everywhere she goes. But while so much of JLo's life is splashed across the internet, here are some facts you might not know about her.

She used to be a backup dancer.

Before Lopez got her big break, she was a backup dancer for New Kids on the Block and Janet Jackson.

She performed with NKOTB at the 1992 American Music Awards (and there's tape!) and appeared in Jackson's 'That's the Way Love Goes' music video.

Her long-standing feud with Mariah Carey is because of Tommy Mottola.

The beef between Mariah Carey and Lopez, made famous by Carey's infamous "I don't know her", is the stuff of legend.

In her 2020 memoir, without even using Lopez's name, Carey provided the origin story.

It's in a portion of the book that captures memories of her marriage to Tommy Mottola, then the head of Columbia Records and a man 21 years her senior. She alleged he was controlling to where he spied on her through dozens of security cameras and staffed the fence line with armed guards.

That manipulation apparently continued after they split, and it seemed Lopez was one of his weapons. There has long been speculation that Mottola championed Lopez to derail Carey's career. 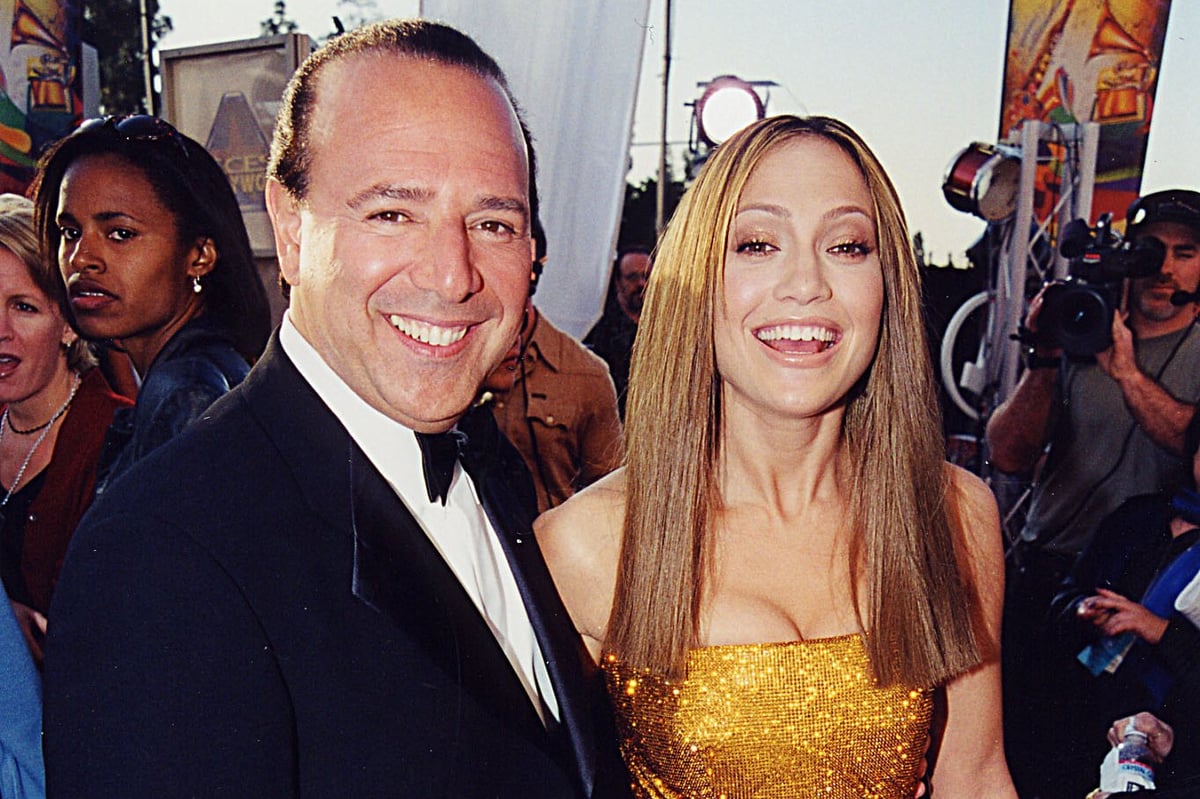 Carey claimed that after she left the marriage and her contract with Sony in 1998, Mottola retaliated by giving away a sample that she was planning to use on 'Loverboy', the lead single on her upcoming 2001 album, Glitter.

"After hearing my new song, using the same sample I used, Sony rushed to make a single for another female entertainer on their label (whom I don't know)," Carey wrote.

Yeah. She still doesn't know her.

Those aren't JLo's vocals on the 'Jenny from the Block' chorus.

Lopez's most iconic song, 2002's 'Jenny from the Block' was originally demoed by vocalist Natasha Ramos. If you listen to Ramos' version, the chorus sounds identical to the version we've come to know and love.

Ramos has rehashed this multiple times on Twitter, and has long said she holds no ill-will towards Lopez (her record label, on the other hand...)

I just want to clarify something. JLo did indeed go in to the studio and lay down some BGV’s over mine. So I wouldn’t say she’s so much “Lip syncing”, however, the backgrounds are predominantly me, some ad libs (and laughs) as well.

Well, that’s a little harsh. JLo is one of the hardest working women in business. In my opinion, she certainly deserves all her success... I just deserved more from that project too. That’s on the label though, not Jennifer. It’s all kind of history at this point lol https://t.co/KTOhbfaGqM

😂 I wasn’t there physically during JFTB but my vocals were def there, loud and clear 😩 #PepsiHalftime https://t.co/8vdifumk2d

Actually, JLo doesn't sing some vocals on 'Play', 'Ain't It Funny (Remix)' and 'I'm Real' either.

The entire chorus of 'Play' is actually sung by Christina Milian, who also wrote the song. She is credited with background vocals.

When Ashanti was asked in 2002 if she was the "ghost voice" of JLo, she said: "I [demoed] the record for her, which is done a lot in the music industry, and they left my background vocals on there."

In 2014, she explained it further: "Ja Rule wrote ['I'm Real']," she told Blogxilla. "I wrote 'Ain't It Funny.' I demoed the record for her before I was signed to Murder Inc, and they kept my hook and some of the backgrounds and ad libs and stuff like that. It was bittersweet because I was really excited that it was JLo, but I was so mad at [Murder Inc CEO and producer] Irv [Gotti]. 'YOU KNOW I WANTED THAT RECORD!' I was so mad but I was happy at the same time because it was JLo."

She once fired a manager who told her to lose weight.

In 2011, Lopez told Glamour about once firing a manager who criticised her body.

THE AUDACITY IS ASTOUNDING.

"I was just so infuriated that somebody said you couldn't have a little extra meat on you — because I was by no means fat!" she said.

"That was so mean and closed-minded.

"I was like: 'No, this is who I am and this is the type of woman that I grew up with and it's beautiful. There's no reason to be anybody but myself.'"

She was the first Latina actress to earn more than US$1 million.

When Lopez secured her first leading role as iconic singer Selena, she became the first Latino actress to receive such a high paycheck (which is made even more impressive by the fact that Lopez was still pretty unknown at the time).

She received a Golden Globe nomination for the role.

Her first husband tried to sell a tell-all book.

Before Chris Judd (yep, remember him?), Marc Anthony, A-Rod and both iterations of Bennifer, there was Ojani Noa.

Lopez and Noa met while he was a waiter at Gloria Estefan's restaurant and married on February 22, 1997. Not even a year later, they were officially divorced in January 1998. 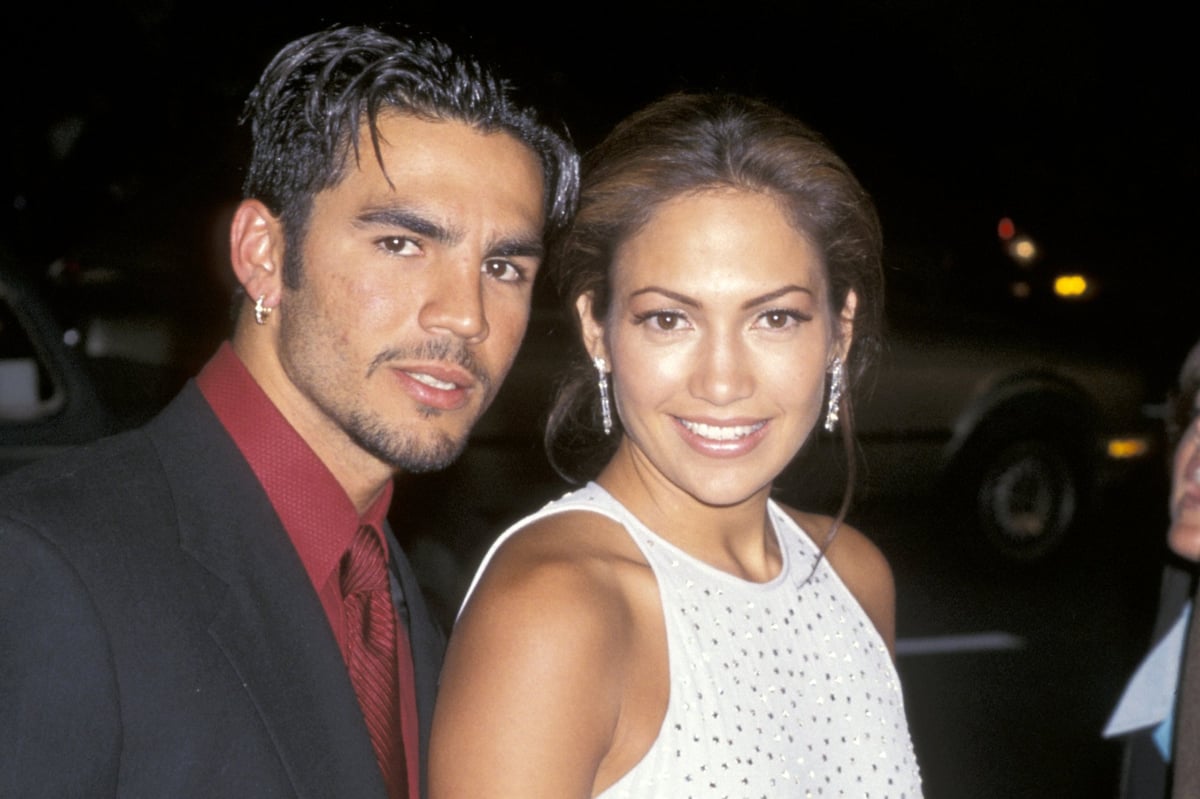 The aftermath of the split was not as short: Noa had planned to use private honeymoon footage of Lopez in a documentary, but he was slapped with a $10 million lawsuit if he even dared.

He also tried to sell a tell-all book about their time together, during which he claimed JLo cheated on him several times. She successfully blocked that too, because she had a confidentiality agreement that stopped her ex talking about or profiting from their relationship. 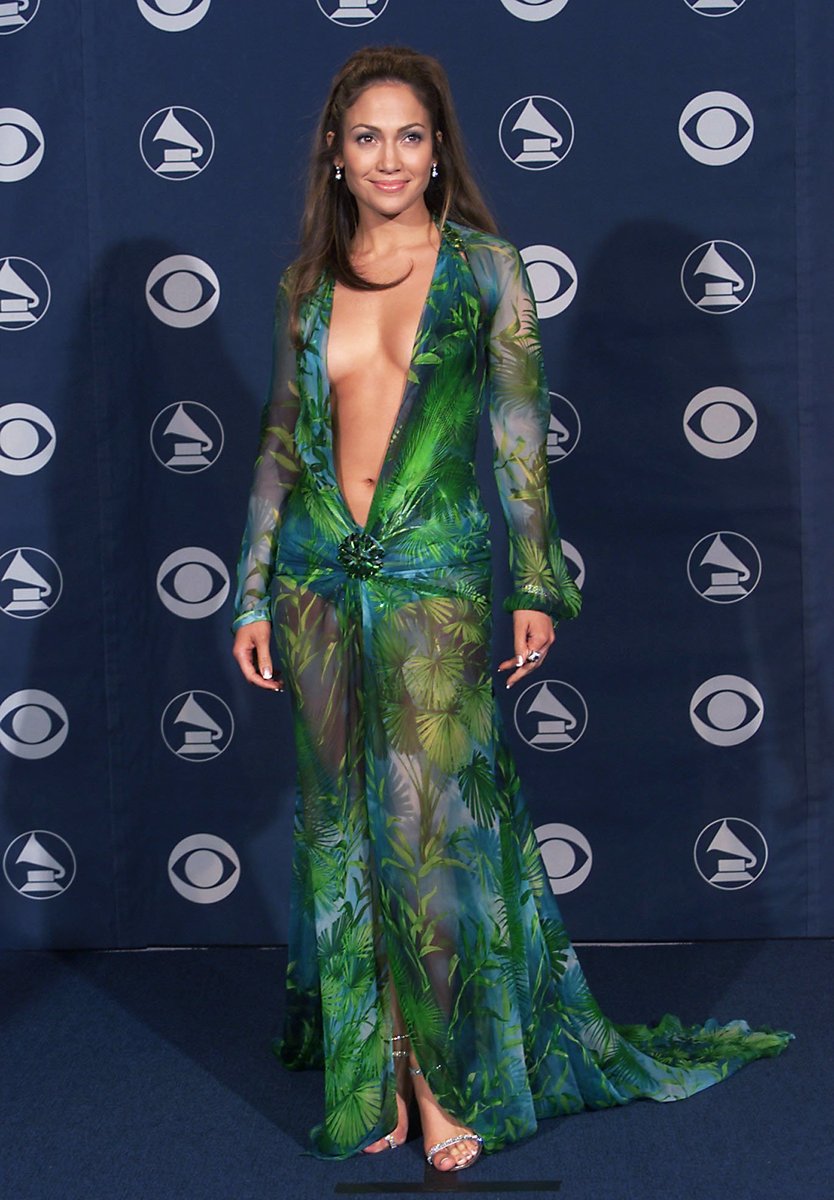 Yeah, well the dress was so highly searched that it was the genesis for the invention of Google images.

"Jennifer Lopez wore a green dress that, well, caught the world's attention," Google's executive chairman Eric Schmidt wrote in January 2015. "At the time, it was the most popular search query we had ever seen. But we had no surefire way of getting users exactly what they wanted: J.­Lo wearing that dress. Google Image Search was born."

Speaking of that dress, Geri Halliwell actually wore it first. 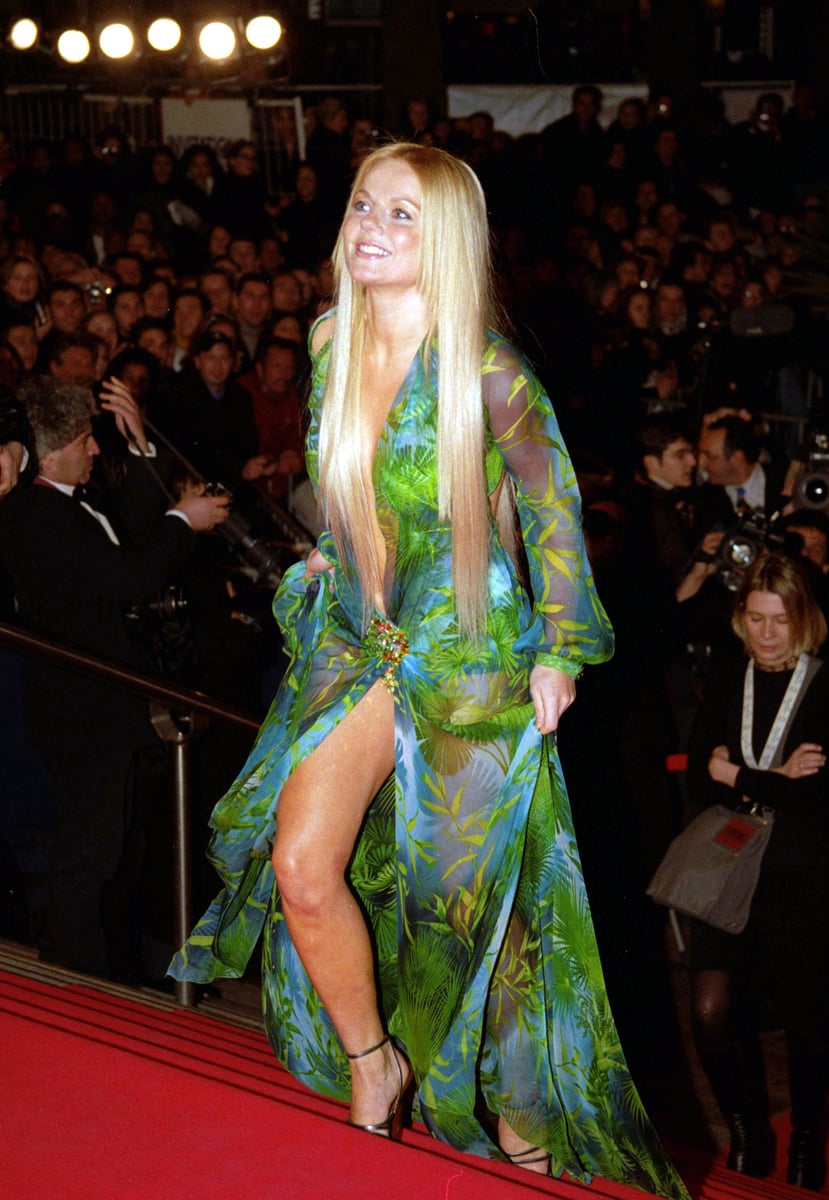 And supposedly, Donatella Versace wore it before her.

So the green dress had a bit of a history by the time it hit the Grammys red carpet on Lopez, but she really catapulted it into the pop culture history books.

She kick-started the celeb perfume trend.

JLo launched her first fragrance, Glow by JLo, in September 2002. It was the first celeb fragrance since Elizabeth Taylor's White Diamonds more than a decade earlier, and has been credited with establishing the industry we know today.

To think, we could've had a world without Britney Spears' Fantasy if it hadn't been for JLo.

She's the first woman to simultaneously have a number one film and album.

When Lopez's second album, J.Lo, and romantic comedy The Wedding Planner both debuted at number one in the same week in 2001, she became the first woman to simultaneously have a number one film and album in the United States.

The first photos of her twins were for a time the most expensive celebrity pictures ever taken. 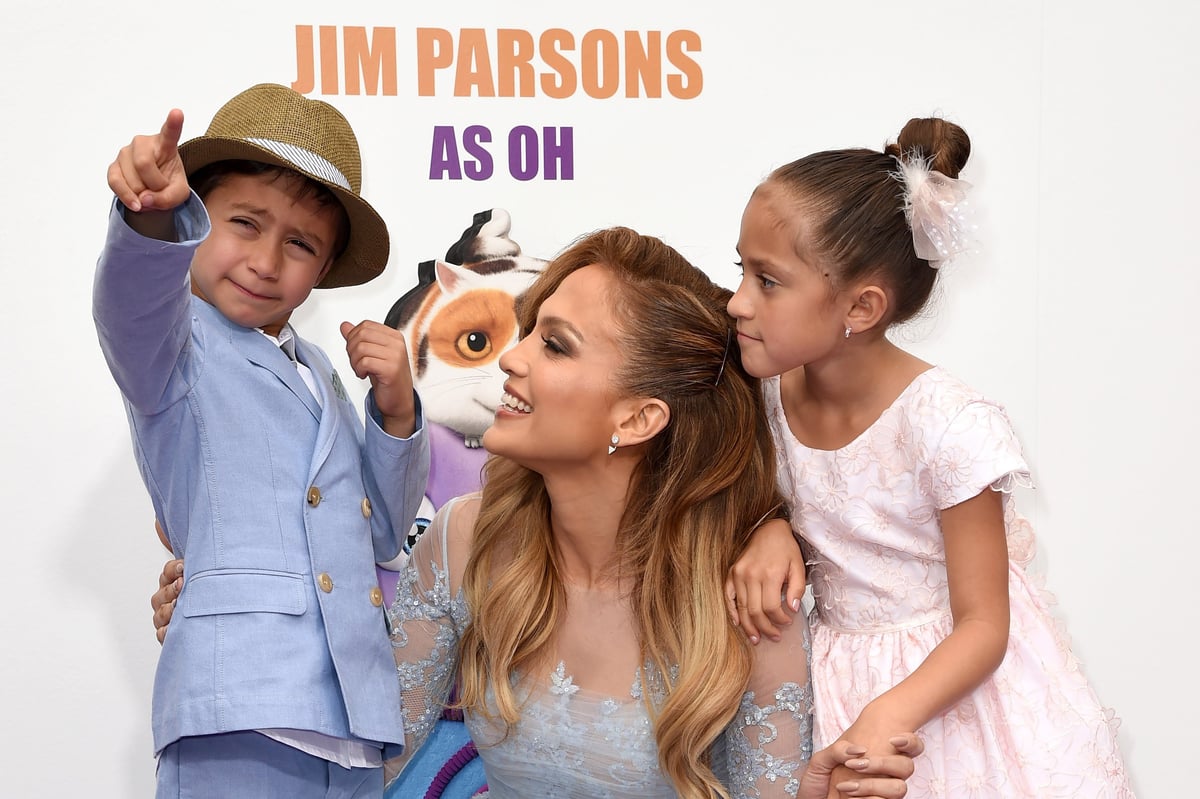 People magazine paid a reported US$6 million for the first photographs of the twins, making them the most expensive celeb pics ever taken at the time.

They held the record for only five months, because August 2008 saw the arrival of Knox Leon & Vivienne Marcheline Jolie-Pitt which resulted in $15 million photos.