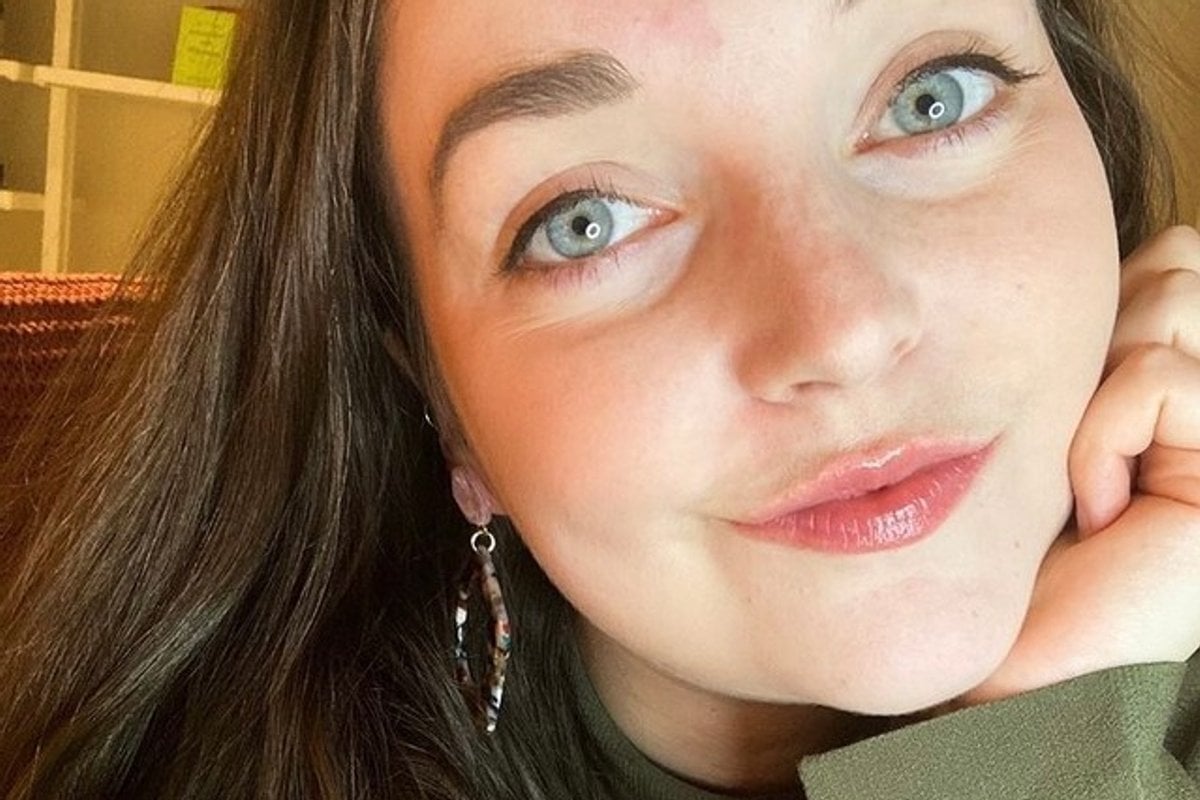 “You’re so brave going out of the house looking like that.”

“Have you been hit on the head?”

“You should be on a show like The Undateables or Too Ugly For Love looking like that.”

Watch: What to say to a child if they're being bullied. Post continues below.

These are just some of the many, many things that have been said to me throughout my life thanks to the pink, strawberry shaped birthmark on my forehead.

The mark that boys told me made me ‘the ugly Jess’ in our year group. The thing that made me spend huge amounts of money on expensive coverup makeup out of sheer desperation to be ‘normal’.

The visible difference that made strangers stare, and sometimes comment, without any thought as to how that might make me feel.

My birthmark – the thing I have wanted to tear from my face for so many years of my life.

Only now I look at my birthmark through new, grateful eyes. Not only thanks to the miracle of self-acceptance, but thanks to the inspiration this visible difference has given me. 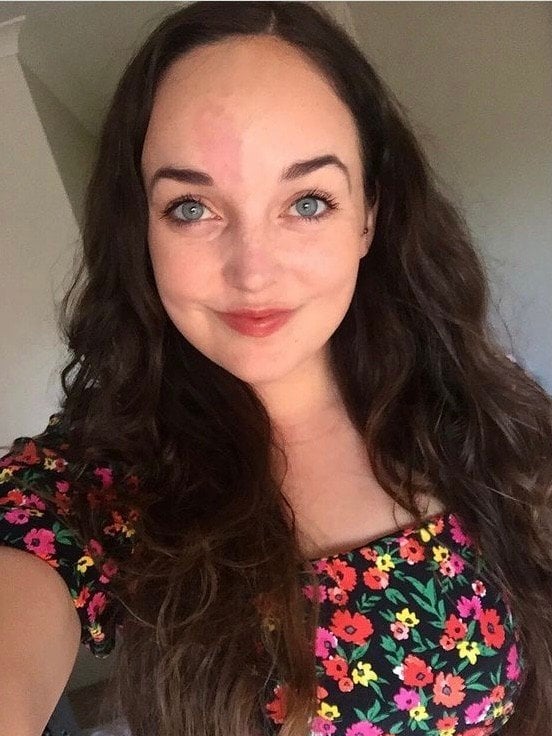 My debut novel is released in a few weeks’ time. My biggest goal achieved – a sentence that still doesn’t seem real, no matter how many times I say it.

Without my birthmark, I don’t think this would be happening.

When I first decided I wanted to write a thriller with a twisted ending, I never expected it to be based on the legacy of the trauma of bullying, but here we are.

The idea came to me when I was interviewed about my birthmark and work on self-acceptance. I was asked about the treatment I received from others, so I began listing things that had happened to me. The names, the comments, the stares, the feeling of being different in the worst possible way.

When I’d said just a few examples of my experiences, the interviewer commented on how horrible bullying was.

I remember blinking. Bullied? Me? Surely not. Surely what I tried to brush off as people being unkind couldn’t have a label as serious as bullying.

Even as an adult, the word made me shake my head. I didn’t want that to be my past. I felt different enough without calling my experiences bullying.

Not even when what happened to me fit the definition of it.

Not even when I looked back and remembered my mum asking me to keep a diary of the cruel things said so we could show my teacher.

Not even when the memory of someone throwing a coin at my head for ‘target practice’ came to my consciousness and my eyes stung with tears.

No, I wasn’t bullied. Bullying felt like something horrific, something that scarred you forever, something so cruel and so horrible I didn’t want it to have happened to me.

But when the interview wrapped up, I couldn’t stop thinking about it. I thought of all the times I’d looked at my reflection and heard the voices of others telling me I was hideous.

All the times I felt ashamed, the times I’d point out my birthmark when I met someone just so I could say it before they did.

Even if I didn’t class myself as someone who was bullied, the legacy of people’s taunts and ‘jokes’ was still something that narrated how I viewed myself years down the line. 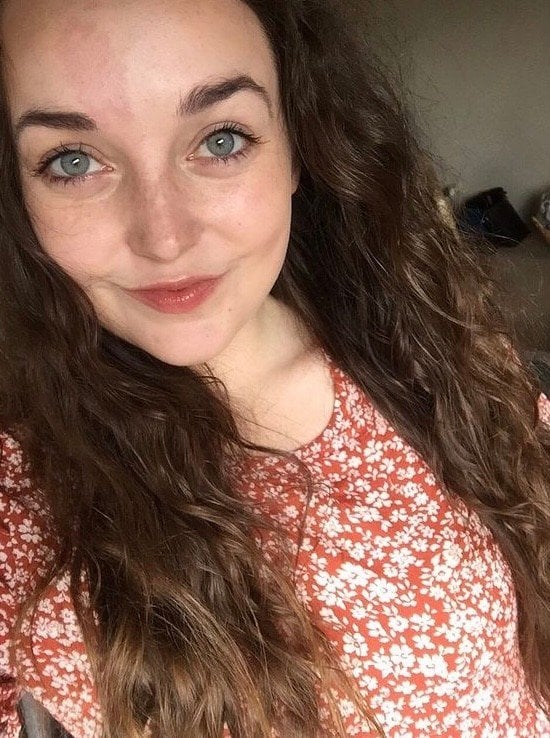 This revelation was stark, and one I sat in for a while until one day I started to write.

I created a character who tried their best to be someone they thought people would want to be around, but whose every move was underpinned by insecurity.

Someone who wanted to break free of the girl she was before, even though that person was fused to her. Someone whose identity was so tied up in her past it was hard for her to see who she was without that trauma.

This acceptance isn’t perfect, or linear. I sometimes think after the things I’ve experienced, it could never be. There are still days where I struggle to look in the mirror, or times where I wish I looked ‘normal’, but ultimately I am at a place of peace. How else is there for me to feel?

No matter what anyone says, this is my face. It is the one I was born with, the one my mum and dad kissed goodnight.

It’s the one that crinkles when I laugh and flushes red when I cry. It’s not perfect, but neither is it ugly, hideous, unlovable or any of the other labels it was given by others.

We tell people to ‘think before you speak’, and I stand by that. One throwaway comment can inflict more damage than we realise. Choose words carefully, and kindly.

Freckled, fine-lined, birthmarked… this is me. Finally, no matter what people have said, I’ve learned that that’s enough.

Jess Kitching is a writer originally from the North of England, now living in Sydney. Her debut thriller, The Girl She Was Before, is due for release on the 31st October.

Reply
Upvote
Wow, some peoples parents really didn't teach them any manners, did they!
M
mamamia-user-459038664 a month ago

Reply
Upvote
Some people can be so mean and cruel. These kinds of people will look for anything to pick on, even when the person being picked on doesn't have a visible difference. I have deformed thumbs, also known as clubbed thumbs, which I hide inside my hands whenver I'm around other people. This is because people have rudely gasped in horror when they saw my thumbs, and have even picked them up to look closer at them. Because of the short nails on them, some people even assume that i bite my nails. Some people straight out say that my thumbs look like big toes. Thank you for sharing your strength and perspective.
News
General
Opinion
True Crime
Politics
Sport
Explainer
Entertainment
Celebrity
Reality TV
Movies
TV
Books
Rogue
Royal
Lifestyle
Beauty
Fashion
Weddings
Home
Wellness
Health
Fitness
Travel
Food
Parents
Before The Bump
Pregnancy
Baby
Kids
Teens
School
Parent Opinion
Work & Money
Money
Finance
Career
Lady Startup
Relationships
Sex
Dating
Separation
Friendship
Family
Real Life
Couples