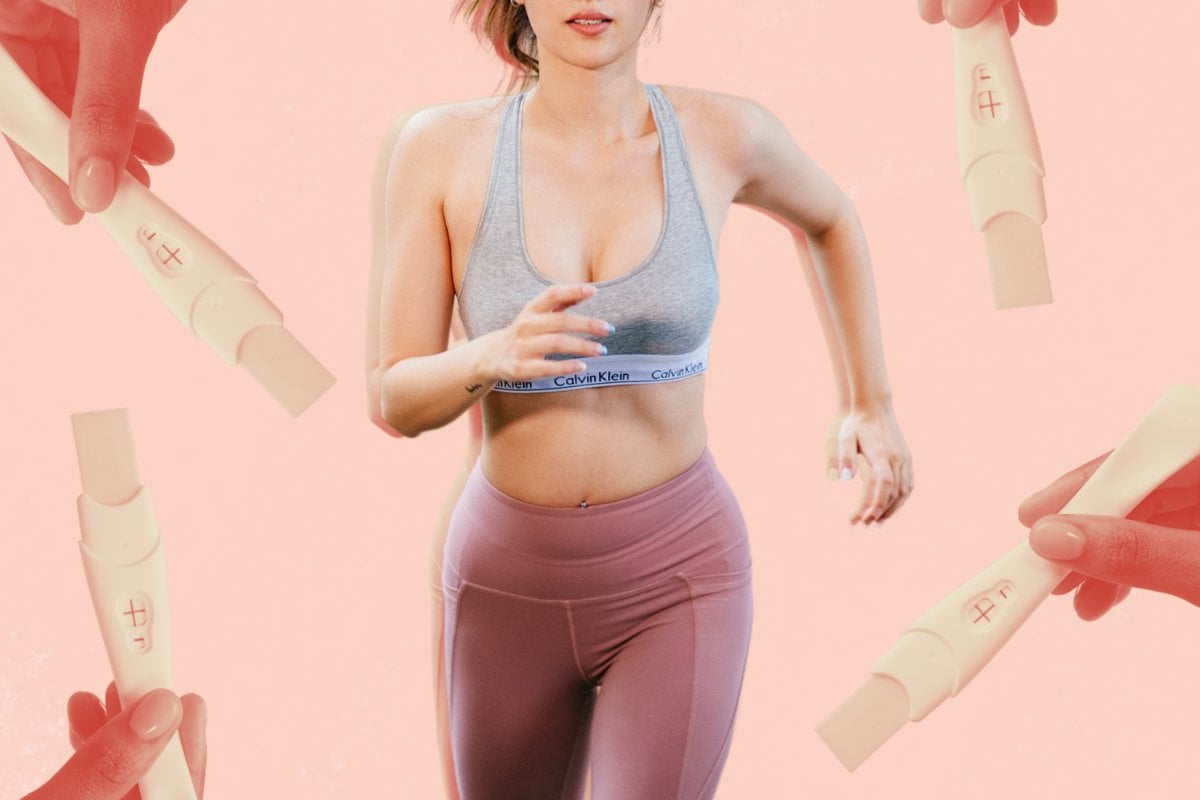 My obsession with distance running began when I was 11 and continued into my 30s.

My period became irregular in my late 20s, and by the time I was 31 it had vanished.

The technical term for your periods stopping is amenorrhea, and a common cause for this is Relative Energy Deficiency Syndrome (RED-S). RED-S occurs when there’s an imbalance between a person’s energy input and energy output - this results in less energy to support normal physiological functioning, like menstruation.

I was a decent enough club runner, but I wasn’t born with the natural lean physique of athletes like Paula Radcliffe or Kerryn McCann. I used to stand on the start-line of races and compare myself to the bony structures of many of my competitors and berate myself. Throw in a few well-intentioned comments ("You would run so much faster if you were a bit lighter") and an unhealthy relationship with food emerged.

While I never starved myself - and in fact, I probably ate more than the average young woman - I wasn’t providing my body with adequate calories to run up to 120kms per week.

I started to lose weight and began getting compliments about ‘how fit’ I was looking. I was running reasonably well, but probably not much faster than when I was a few kilograms heavier. I was tired all the time and missed a number of marathons I had trained hard for, as I was trapped in a cycle of injuries. I didn’t consider backing off - I reasoned that plenty of the female friends I ran with were doing similar kilometres, and I relished the challenge of restricting my evening meals, waking up sore and tired and forcing myself out the door for a run.

I always wanted children. I used to think that all I would need to do was back off exercising when I was ready to start trying for a baby, and my menstrual cycle would kick back in. How wrong I was.

I tried cutting back on exercise. I tried cutting out exercise altogether. I even embarked on a crazy campaign of cramming in as many calories as I could, after reading British marathoner Tina Muir’s book 'Overcoming Amenorrhea'.

Muir’s book outlines how she fell pregnant by ceasing all exercise and flooding her body with excess calories. I tried it for a week - indulging in the childhood fantasy of caramel slice for breakfast and chowing my way through countless slices of sourdough smeared thickly with butter and peanut butter.

By the end of the week I felt so ill from constant blood sugar spikes and bloating that I abandoned the plan. I’m not writing this to cast doubt on Muir’s theory, merely to outline how desperate I was.

As any woman battling fertility issues would know, the problem consumes you. Getting pregnant was the first thing I thought about when I got up and the thing that kept me awake each night. I was anxious and miserable. It impacted my work and my relationship with my partner and cast a permanent shadow over our lives.

We were fortunate that we could afford IVF but, for us, it took a huge emotional toll. When I think back on those two years I remember countless specialist appointments, injections, severe bloating, mood swings (oh the mood swings!) and worst of all, the horrific two week waits to see if transferred embryos had ‘stuck’. I was depressed and anxious and my partner was probably close to the same. This wasn’t what he signed up for when he met the energetic, fit and fun-loving girl seven years earlier, was it?

In the end we were among the lucky ones. We fell pregnant with our darling twin girls in 2020. By this time I was 38 and was becoming more despondent each day. I don’t know how many more IVF cycles our relationship would have survived.

On this episode of Get Me Pregnant, fertility specialist Dr Anne Coffey joins us to talk through how to look after your mental health when you are going through assisted fertility. Post continues below.

Fortunately, elite sporting groups such as Cricket Australia are addressing the issue of female fertility head on with initiatives like menstrual cycle tracking.

I believe it’s important this responsible approach flows down to the broader population. In addition to sex education at school, teenagers should be taught about fertility.

Women and girls involved in endurance sports like triathlon and running need to know something is wrong if their period stops, and work with their coaches to rectify the issue. Personal trainers should ask their female clients about their cycle if that's comfortable, and be on the lookout for unhealthy approaches to diet and exercise.

The pressure many young women and girls experience from unrealistic ideals touted on social media of lean and ‘buff’ bodies is only feeding the problem, and unless we begin talking about it, the problem of exercise-induced amenorrhea will continue to have devastating consequences.

Julie is a mum of twin girls, fitness and gardening enthusiast and communications consultant. She made a tree and sea change to the Sunshine Coast from Melbourne 2.5 years ago.

S
sonny a year ago

Reply
Upvote
1 upvotes
When I ceased contraception to try to conceive, aged 30, I realised that my high running load was probably impacting my ability to ovulate and menstruate. My doctors didn't acknowledge it because I was still within the 'normal' BMI category and my hormones were borderline within range. Then I read 'No period, now what?' and stopped running, did some gentle walking, ate more, gained a little weight. It took four months of this for my period to return but it was so irregular. After a further eight months of irregular cycles, I was fortunate to become pregnant. It was an unexpectedly long year trying to conceive, given I thought I was 'healthy'. I'm now more moderate in my exercise and feel better for it. Thank you for bringing light to this.
B
beachhouse84 a year ago

Reply
Upvote
2 upvotes
When I was 18 I had an exercise addiction (mostly running - so much serotonin!!) and became underweight. I lost my period for 6 months and went to see a GP about it. He weighed me, checked the BMI thing (from memory) and told me that I was underweight. And that if I didn't put on weight and start getting my periods again that I could have trouble with fertility and bone health.
So I backed off running.
I agree that It should be something we are taught in school.
News
General
Opinion
True Crime
Politics
Sport
Explainer
Entertainment
Celebrity
Reality TV
Movies
TV
Books
Rogue
Royal
Lifestyle
Beauty
Fashion
Weddings
Home
Wellness
Health
Fitness
Travel
Food
Family
Before The Bump
Pregnancy
Baby
Kids
Teens
School
Parent Opinion
Work & Money
Money
Finance
Career
Lady Startup
Relationships
Sex
Dating
Separation
Friendship
Family
Real Life
Couples