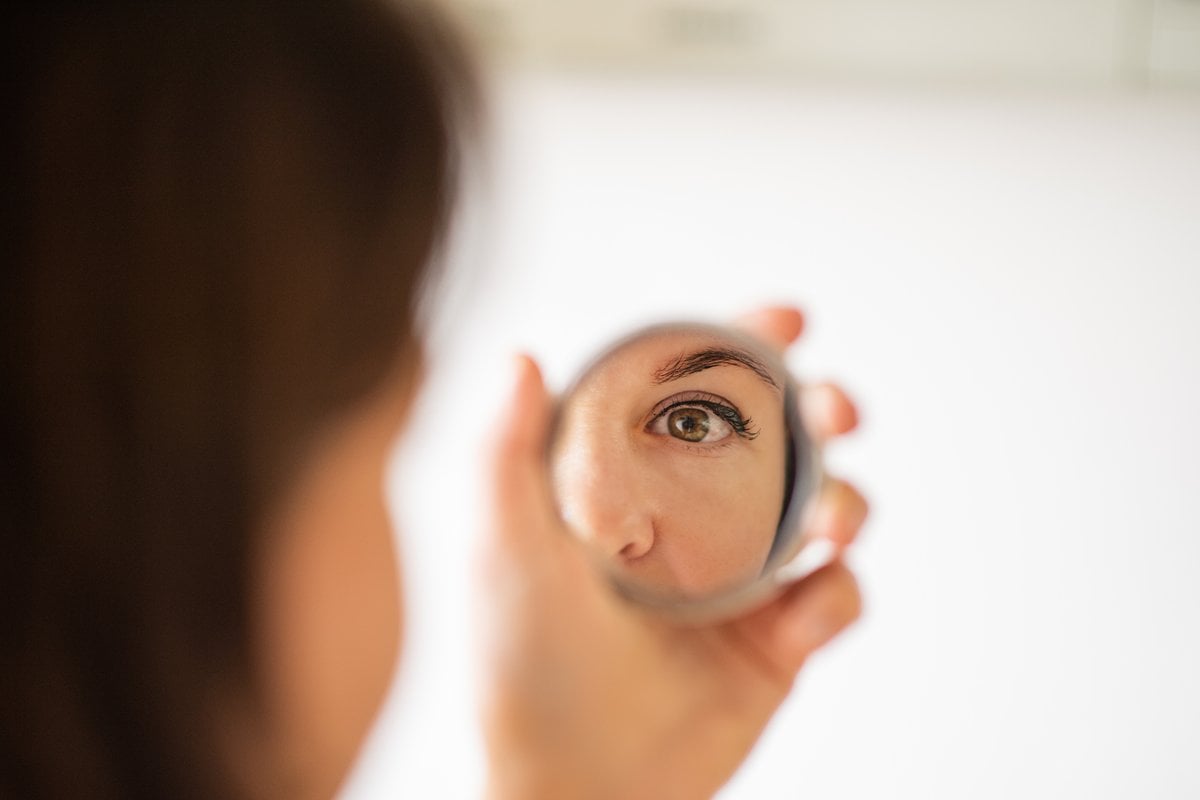 This post discusses eating disorders, body dysmorphia, and exercise addiction and might be triggering for some readers.

Diet Culture: A rigid set of expectations about valuing thinness and attractiveness over physical health and emotional wellbeing.

A few months ago if you'd asked if I thought diet culture affected me, the answer would have been no.

My Instagram is filled with pages of body positive influencers. I'm mindful of what I eat but don't count calories — or even care about them.

I don't follow diet trends; I don't weigh myself, and I don't buy into the good food versus bad food debate.

Watch: Taryn Brumfitt on five tips to embrace you. Post continues below.

But here's the thing: up until a few months ago I hadn't realised how easy it was to be body positive when I had a body that fit within my (extremely subliminal and internalised) notion of what a body should look like.

Or how easy it was when I had always been able to compensate food with exercise.

I hadn't realised how easy it was to be body positive when you can control your body. When you exist with thin privilege, even if your body dysmorphia succeeds in convincing you otherwise.

For years, I exercised to excess under the premise of it being beneficial to both my physical and mental health and wellbeing.

It was only ever about one thing, and one thing only: the fear of gaining weight.

Last year my 20-year-old son injured his lower back. Forced to resign from work, he lost over a year of his life to chronic pain.

After trying many different treatments with little success, he was recommended Cold Laser Therapy, or LLLT (Low Level Laser Therapy).

Ideally, when injured, inflammation should do its job in your body and then leave. However, if it sticks around for longer than needed it becomes chronic inflammation and wreaks havoc on every organ and system in your body.

With Cold Laser Therapy, laser light is applied to an injury and the light is absorbed by damaged cells which increases cellular metabolism, thereby stimulating the immune system, reducing inflammation, accelerating tissue healing and achieving pain relief, healing and a reduction of inflammation within the entire body.

For over a decade, I have been living with (to varying degrees) Chronic Fatigue Syndrome, Fibromyalgia, and other general autoimmune issues — all I now understand as classic indicators of chronic inflammation present in my body from past injury and illness.

After witnessing my son see more improvement in weeks with Cold Laser Therapy than he had in months with other therapies, I decided to book myself in.

The procedure itself is painless however there is some fine print worth noting, i.e. — no exercise for the duration of the treatment, which can be anywhere from 6-12 weeks to 4-6 months, depending on the severity of your issue and the length of time it has been present.

Undeniably, I had pushed my body so hard for so long I was more in need of rest and recovery than I realised.

Before long, however, the panic began to set in. It had been over a week since I last exercised, then two weeks; before I knew it, a month had passed with barely more than a couple of short, gentle walks when I could manage —  soon, two months.

I had imagined myself being able to cheat the system and continue getting a few weight sessions in here and there, maybe a bike ride or a slow jog. But the Cold Laser Therapy was smashing me.

Without going into the science behind it, it's a treatment that can often leave you feeling worse before better — best described as the reopening of wounds (old injuries) and cleaning out years of toxic inflammation, allowing your body to heal properly and permanently which can often cause exhaustion, fatigue and a recurrence of inflammation and pain as your body undergoes the healing process; worse for those whose bodies have decades of pain to process and eliminate.

After a few initial treatments, inflammation and pain began to consume me. With this, sleep and general quality of life declined and it became a struggle to make it through my working week and care for my family, let alone exercise. I was no longer in control of my body and inevitably, despite every effort not to, I began to gain weight.

It was, to me, the ultimate failure.

When I was three years old, my parents divorced.

It was not an amicable divorce — like many children of divorce I existed in the middle of their abhorrence for one other.

In high school, I momentarily went out with an older guy. Cool, suave, a little aloof; he also happened to be obsessed with his ex-girlfriend.

Awkward and a little shy, I chose to overlook this and be grateful instead — I mean, he had picked me, right? One afternoon he said something about how attractive his ex was.

In a moment of boldness, I asked: "More attractive than me?" He replied, "It's not that you're not attractive. You'll just never be at thin as she is."

A number of years ago — before I tore a disc in my back, and later my hamstring — I was at my fittest; each week would consist of three PT sessions at the gym alongside daily bike rides, always a twenty-kilometre minimum, sometimes up to forty or fifty kilometres.

It was during this time I inadvertently gained the attention of a number of men in their 50s, all of who had antidoted their mid-life crisis with an obsession over building the perfect gym body.

At the supermarket, I bump into a friend I haven't seen for a year, or so. My first instinct is to want to explain; to apologise for how I look.

Last year, in what I perceived to be a supreme move in body positivity, I removed all the #fitspo pages from my Instagram and replaced them with pages of women who rejected the damaging messages coming from the diet and fitness industry — women of all shapes and sizes who exuded body freedom and whose core belief system that all bodies are beautiful aligned with mine. Or that I believed aligned with mine, at the time.

And yet, for myself and this foreign body I now find myself housed in, I can no longer look in the mirror without feeling shame, guilt, embarrassment and grief for the body I once had.

Afraid to be seen, I struggle to leave the house.

I avoid social events; even a trip to the post office leaves me panic-stricken I might run into someone I know and they will see me; this woman who tries to hide her newfound excess weight behind oversized clothing, but fails.

I fear what others must think of me — that I am lazy, unmotivated, undisciplined. That I have let myself go.

Mostly, I fear I am unattractive in the eyes of society; more so, unworthy and unlovable. Unaware of how deeply this belief system existed inside me, I find myself outside my comfort zone in every possible way; exposed and vulnerable and challenged and forced to look at why I feel this way and how this blind spot has shaped and influenced the views I hold about myself and my place in the world.

Until it became my issue.

Scrolling through Instagram pages of gorgeous, happy-in-their-own-plus-sized-skin women, I always believed if I gained weight I'd feel the same as them; joyful and free and zero f**ks given because I understood the underhanded damage of diet culture and its perpetuation by the media industry and thought myself to be one who would refuse to give leverage to it.

But this is both the subtlety and danger of diet culture and the media's peddling of it — the way it creeps so insidiously into our psyche, capitalising on our insecurities and profiting from the mental and physical exploitation of both ourselves and the generation of daughters we are fighting to shield from eating disorders and a lifetime of body dissatisfaction and the hustle to be enough — thin enough. Pretty enough. Attractive enough. Sexy enough.

Even now — being aware of the ways diet culture has affected me — I find myself struggling to embrace this new body but instead continue to feel uncomfortable, ashamed and apologetic.

Yet I know the problem doesn't exist with me, nor the fact that I have gained weight. The problem is never with the way our bodies change, and never will be.

The problem exists with diet culture and its obsession with thinness.

With its false narrative that would have us believe being attractive and worthy only comes from existing in the world as a certain shape and size. With the media who continue to market such lies for their predatory and moral-less profit.

The problem doesn't exist with me. However, the work of repairing the damage of diet culture in our society does.

The work that needs most doing is not found out there but in the questioning, challenging and shifting of our own internalised belief systems and false narratives.

I am no less attractive for gaining weight. No less loved. No less worthy. It is only me who must learn to believe this.

This is where the work begins.