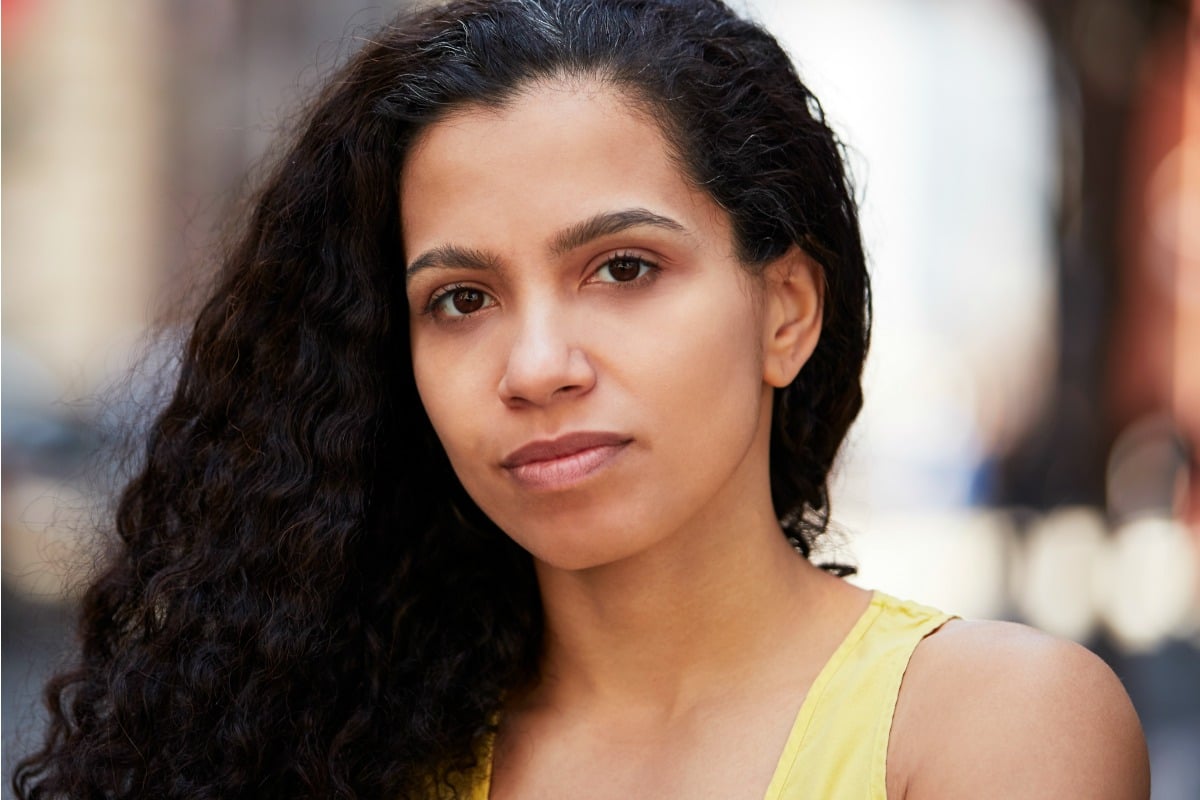 Anna is known to Mamamia but has chosen to remain anonymous for privacy reasons. The feature image used is a stock photo, and all names have been changed.

Four months before Anna and Chris broke up, he presented her with a 10 point list of everything she was doing wrong in their relationship.

"A normal couple has sex two-three times a week, and you aren't doing that," it read.

"You don't clean enough," "you're too ambitious," and "you work too hard," it continued.

"You don't do enough to be spontaneous or physically attractive," read one of the most hurtful critiques.

When the list was presented to Anna, the NSW couple was going through IVF and also had a 15-month-old.

Despite feeling like some of the points were a little unfair, a devastated Anna dutifully set about trying to fulfill her partner's wishes.

If she didn't, he'd threatened to end things, and she was desperate to make sure that didn't happen.

Chris had always been very controlling in the way he 'liked' things to be in their relationship.

But because he was Anna's first serious partner and they'd been together for over a decade, she'd come to believe his behaviour was normal.

Chris ended up leaving Anna for another woman, but his control over her didn't end when he walked out the door.

"It immediately got worse," Anna told Mamamia. "He started to be a lot louder in terms of his verbal aggression towards me. He didn't yell much [before], and now he was yelling pretty much every time and I started getting the written aggression as well via SMS and email, which was new, because I had lived with him before that."

For five years, Anna lived under her ex-partner's rule, constantly being told she "wasn't a good mother" and was "selfish". Chris told Anna that any problems they had with their daughter, Peta - from school reports, to wetting the bed - was "her fault."

"When someone keeps on telling you you're a bad mother it starts to make you question yourself. Peta was only with him every second weekend and I basically have full custody... I had so much evidence around me that I wasn't a bad mother, but there was a constant question in my head - is what he is saying true?" Anna said.

It was an article in the ABC about gaslighting that turned out to be Anna's lightbulb moment in mid 2019.

"It mentioned how if someone physically hits you, you have evidence. But when someone tells you you're a bad person, it just slowly gets to you and there's no evidence.... It's about being slowly manipulated using your own sanity," she said.

It was enough to get her to book an appointment with a psychologist who would give her the tools that changed everything.

"He's just a mouse in a sumo suit," her psychologist told her after she explained their situation. "He's scared of not being in control, so by yelling and putting you down he's making himself feel big."

It was the visual that would go on to help Anna start to draw up boundaries, stand her ground and push back against years of gaslighting and controlling behaviour.

The first time Anna asserted her power, it didn't go well. Chris yelled at her: "YOU THINK YOU'RE A GOOD PERSON? WELL COME ON... SHAKE MY HAND, CONGRATULATIONS."

But gradually over the next few months, things got better and better.

"There were a lot more borders in place in our lives," Anna told Mamamia. "But then COVID-19 started."

"He needs to be in control, and with COVID he does not have control."

Anna keeps waking up in the night with anxiety.

She used to be fearful of her ex - of what he was going to blame her for next - but this time it's different.

"My anxiety is back. I worked so hard... I always had a fear of seeing him, but never anxiety. I wasn't waking up in the night panicking about my loss of control, and that's started happening. I can't argue back because of the excuse he's using," Anna told Mamamia.

With coronavirus as his vehicle, Chris is now able to dictate who Anna and Peta can see, and what they're allowed to do, under the guise of being concerned about the global pandemic.

While Anna thinks Chris is genuinely scared of the virus because it's something he cannot control (and he loves control), she also knows he is relishing in the power it's affording him.

He has decided it's not safe for Peta to do team sport at the moment - an activity he's never liked her doing - despite authorities in their area declaring it perfectly safe right now with their current low case numbers.

Previously, he'd use excuses like "she might have an accident and everyone will laugh at her," to try to convince Anna to not let her play, but now he has much better leverage with lines like; "She might catch COVID-19, and then you'll be a bad mother."

He has also told Anna he does not want her to have any contact with others.

"I feel if I ﻿﻿don't follow his rules, I am keeping my child from seeing her father," said Anna. "But because I have caved and started to follow his rules again I am losing control and it's hard to fight against his reason."

“Gaslighting is a form of emotional abuse, in which one partner will use tactics to distort their partner’s perception of reality to gain power in the relationship,” Sian Khuman, a consultant psychologist and couple and family therapist, explained to Mamamia last year.

Gaslighting is increasingly being recognised as a technique of abuse by groups such as the Domestic Violence Resource Centre of Victoria and Safe Steps.

As Khuman explains, gaslighting is usually done gradually, slowly making the other person unsure of what they think and who they are.

“The frog-in-hot-water analogy helps to visualise this process. The frog is in a pot of water and then the water heats up gradually, but the frog doesn’t realise it until the water is boiling and the frog is boiling, too," she explained.

Khuman advises people who suspect that they are being gaslighted to take small steps first.

“For example, keeping a diary of events and activities. Have a self-affirming statement that grounds and reminds you of your worth and self-judgement,” she said. “Speak to friends to ask if they have seen changes in how you are and the relationship. It is useful to get some outside help – this allows an observer to provide a place to reassess reality and encourage self trust and self worth. Often a psychologist or counsellor who has skills in working with relationships can be a good starting point. As well, they can assist in looking at whether there are other aspects of emotional abuse in the relationship."

Anna has plans to revisit her psychologist this week in an effort to learn some new tactics and techniques she can implement into her current situation.

"No one deserves to live in fear. Not in fear of the fist but also not in fear of words that will continue to doubt your abilities as a person and a mother. You need to learn how to challenge these thoughts. Unfortunately, this is easier said than done, but there are people that can help and in my case I just need to remember that... and the mouse in the sumo suit," Anna told Mamamia.

Reply
Upvote
1 upvotes
Anna, please reach out to some support and start leaving a paper trail with authorities. Coercive control is so real and so serious, and can escalate quickly to extreme violence. Make sure you have everything ready in case you need to take sole custody quickly.
R
rush a year ago