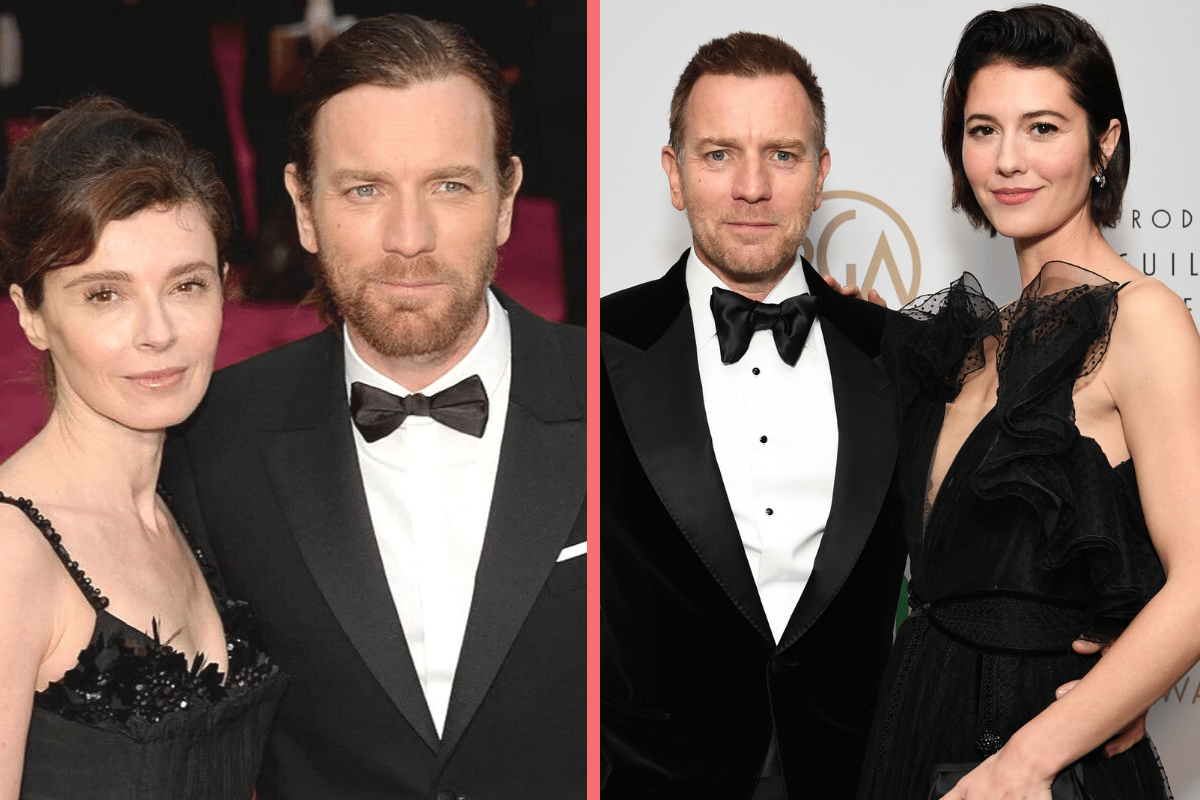 For over 20 years, Moulin Rouge actor Ewan McGregor raved about his wife Eve Mavrakis, the mother of his four children.

He was no longer thanking Mavrakis in his award acceptance speeches. Now he was thanking his new partner, American actor Mary Elizabeth Winstead.

And over the weekend, McGregor married Winstead in a "small wedding for close family and friends".

Here's everything we know about McGregor and his relationships.

Watch: Ewan McGregor thanks wife and girlfriend at 2018 Golden Globes. Post continues below.

McGregor's love story with his first wife Eve Mavrakis began with a meet cute on set.

Back in the 1990s, when the Scottish actor's career was just starting to take off, he had a minor role in the series Kavanagh QC. French-born Mavrakis, five years older than him, was the production designer.

"I knew right then that I really wanted to be with her," McGregor later told The Graham Norton Show.

"I knew I wanted to be with her in a different way to all the other many, many, many women I had been with up until that point. And I wasn’t wrong. I made the right choice."

The couple married in 1995, and, just seven months later, had their first child, Clara. McGregor and Mavrakis had three more children together - Esther was born in 2001, and Anouk ten years later. In between, the couple adopted Jamyan, an orphan from Mongolia.

McGregor had met Jamyan while riding his motorbike through Mongolia with Charley Boorman for the series Long Way Round. Back then, she was just two years old.

"We went to a street shelter for children and we were both massively moved by it," he explained in Long Way Up. "We left that day, but I couldn't stop thinking about that little girl. It took nearly two years, but eventually, we adopted Jamyan." 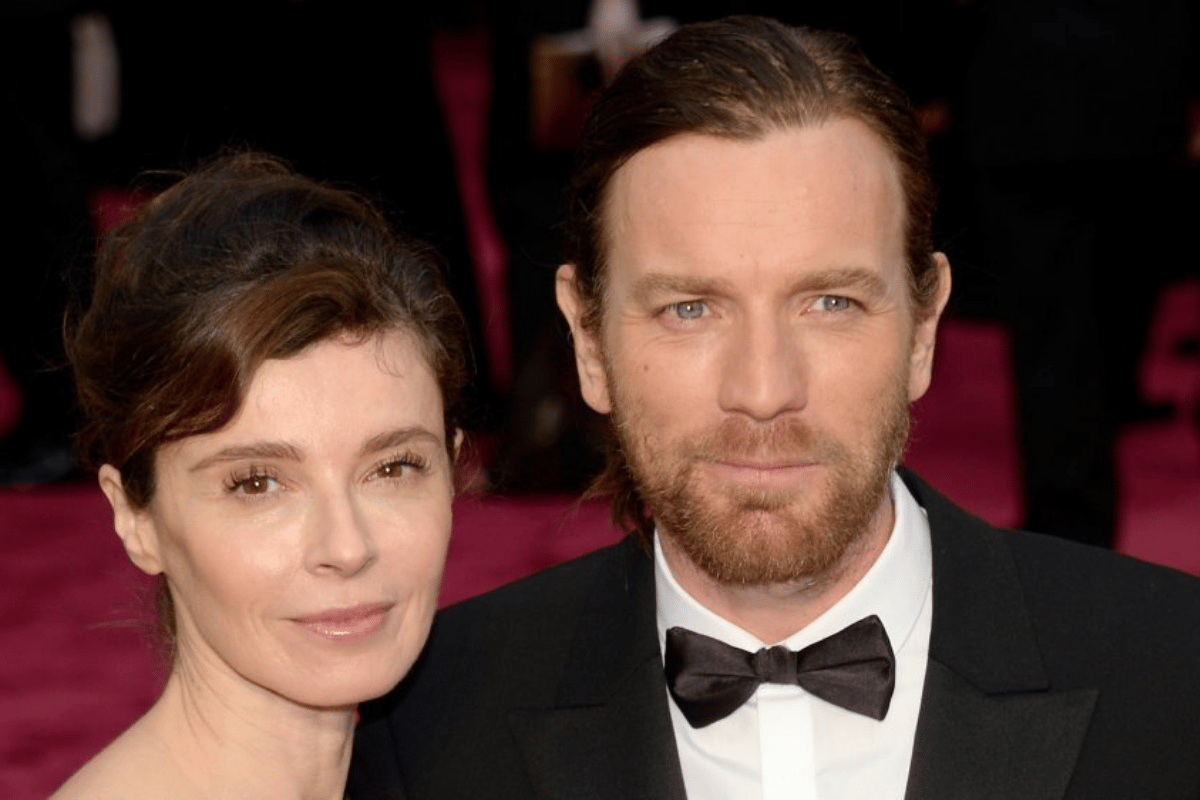 Ewan McGregor and Eve Mavrakis. Image: Getty. McGregor and Mavrakis chose to keep much of their lives together private during their relationship. When paparazzi snapped the couple and their children on holiday in 2002 and the photos were published in British tabloids, McGregor sued – and won.

In 2011, as the couple were celebrating their 16th wedding anniversary, McGregor was asked by the Daily Mail what kept them together. He said he didn't know.

"I didn't have a checklist for my ideal woman. I was very young when we met, and I just fell in love with her... and I still want to be with her."

As for his parenting style, he said it came from the way he was raised by his parents.

"I think that politeness and manners are very important." 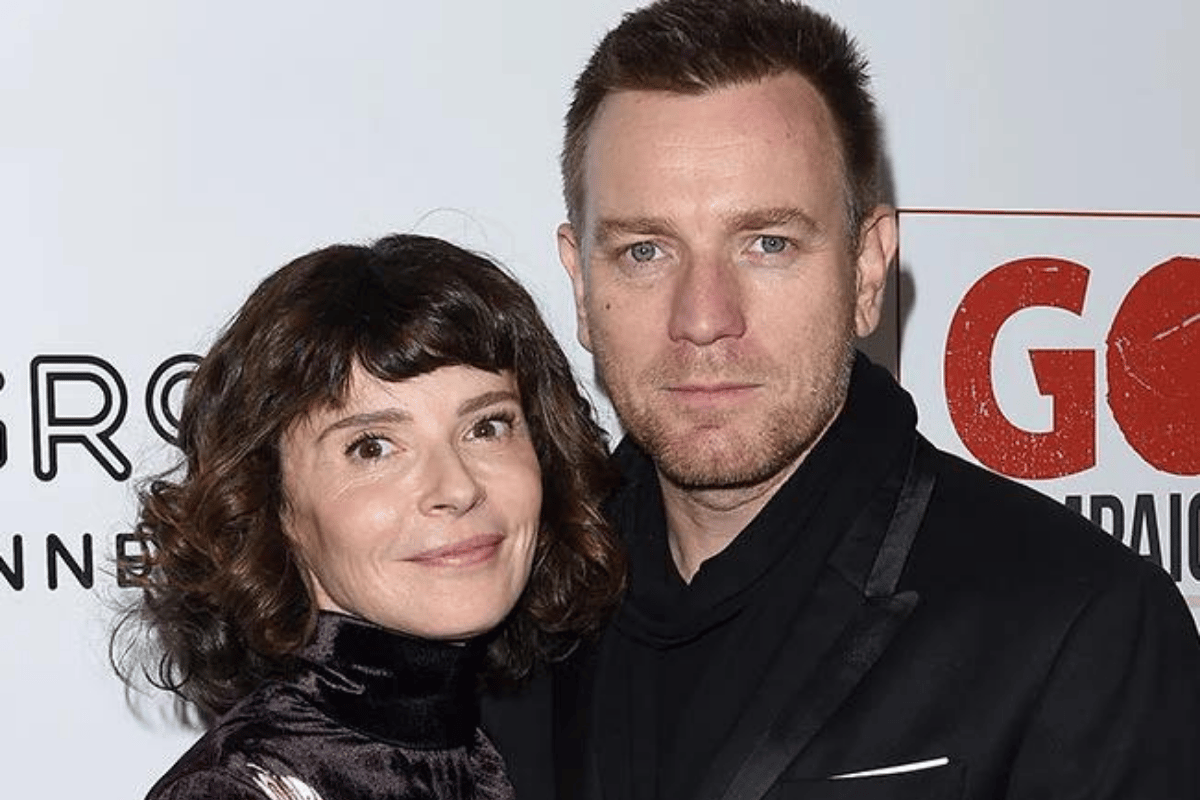 In October of that year, PEOPLE reported the couple had decided to split, and had been separated since May. The same day the news of the breakup was released, The Sun published photos of McGregor kissing his Fargo co-star, Mary Elizabeth Winstead, at a cafe in London.

McGregor and Winstead - 14 years his junior - had played lovers Ray Stussy and Nikki Swango in Fargo. Their season of acting in Fargo was released in 2017, but filming commenced prior.

Winstead had split from her filmmaker husband Riley Stearns in May too.

"We've decided to move on from our marriage, but we will stay best friends and collaborators for all our days," Winstead wrote in an Instagram post. "We are still ride or die, just in a different way now. I love you always, Riley."

A few weeks after The Sun published the photos, Mavrakis spoke to the newspaper about the breakup.

"It's disappointing and upsetting, but my main concern is our four children are okay," she said.

Then in January 2018, when McGregor won a Golden Globe for Fargo, he thanked his family. "I want to take a moment to say thank you to Eve, who always stood by me for 22 years, and my four children - Clara, Esther, Jamyan, and Anouk. I love you."

But in the same speech that he thanked his estranged wife, he then thanked his new girlfriend, ending with, "and there wouldn't have been any Ray without Mary Elizabeth Winstead".

It wasn't met warmly with many, especially McGregor's adult children and Mavrakis herself. In an interview with the Daily Mail what she thought about it all, Mavrakis said: "No, I did not like his speech."

And when asked why, she replied, "For the same reasons you are here asking me about it".

Later in early 2018, McGregor's daughter Esther posted a clip of herself on Instagram singing a song with the lyrics: "I read some dumb s**t that I found online/seeing those pictures/they're making me cry."

She explained the clip further, writing, "My song was not a slam, but a way of expressing my feelings with what I love most. Music."

In July 2018, McGregor’s oldest daughter, Clara, took things a step further. On a Winstead fan account on Instagram, she left a comment: "Most beautiful and talented woman on earth? Oh man, y'all are delusional. The girl is a piece of trash."

The following month, Clara admitted to The Times that it "wasn't the most mature way to go about things". She'd left the comment after reading "negative things" about her mother on the account.

Despite feeling "angry and upset", she said she was still talking to her dad.

"We are incredibly close and despite me strongly disagreeing with how he's gone about things, I'll always love him. And I hope he's happy, you know?"

Then in 2021, McGregor and Winstead welcomed a child together, a baby boy called Laurie. McGregor's adult daughters were the ones to announce the news, sharing photos of themselves holding baby Laurie.

"Welcome to the world little brother. Congratulations to my Dad & Mary - this is the greatest gift," Clara said.

Esther wrote - "Met my little brother looking like a pirate. I recommend! Welcome to the family little Laurie."

In an interview with Glamour UK before announcing her first child, Winstead had said she was trepidatious to start her life all over again after the end of her first marriage.

"I got divorced a couple of years ago, which was a scary, crazy thing for me because I had been with the same person since I was 18 years old, and that was what I knew. I was really starting new as an adult for the first time in my life. For me that was a big turning point, being okay with changing, accepting that change is a good thing and that it's okay not to know where that change is going to take you."

So it makes sense that McGregor and Winstead decided to marry, the couple getting hitched over the weekend.

"It was a small wedding for family and close friends," a source close to them told PEOPLE. "They had an outdoor ceremony. It was lovely and joyful. The menu was farm-to-table. They are an adorable couple. They are pretty low-key and like their canyon life. They often hike and go to the beach."

And according to all reports, the couple are very happy. As McGregor said to Men's Journal - "I am better. I am happier. I think that's true." 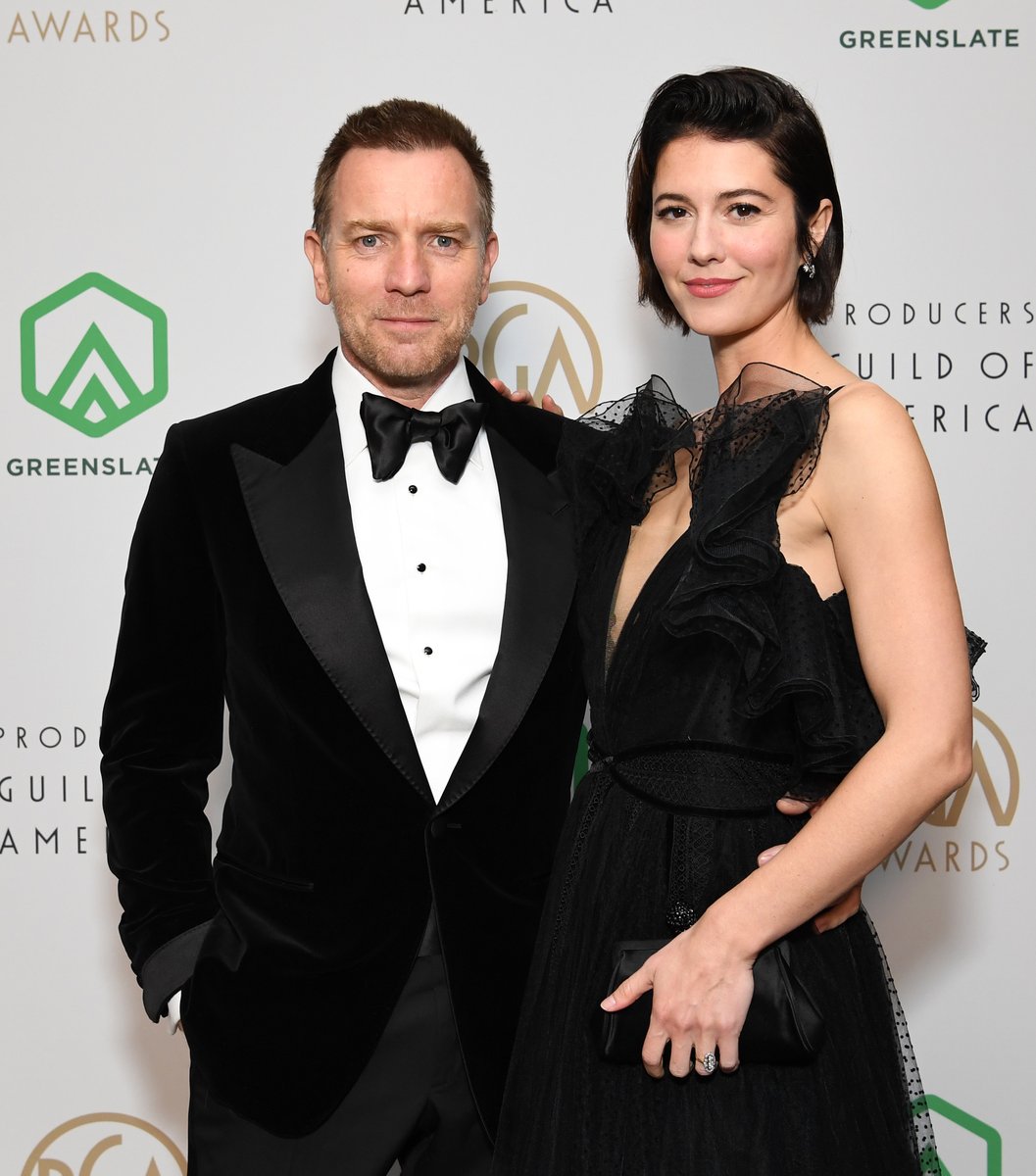 Reply
Upvote
Leaving your partner is not leaving your children, *especially* if they are adults. Even if they are children, unless you opt for no custody you have not left them.
M
mb1111 4 months ago