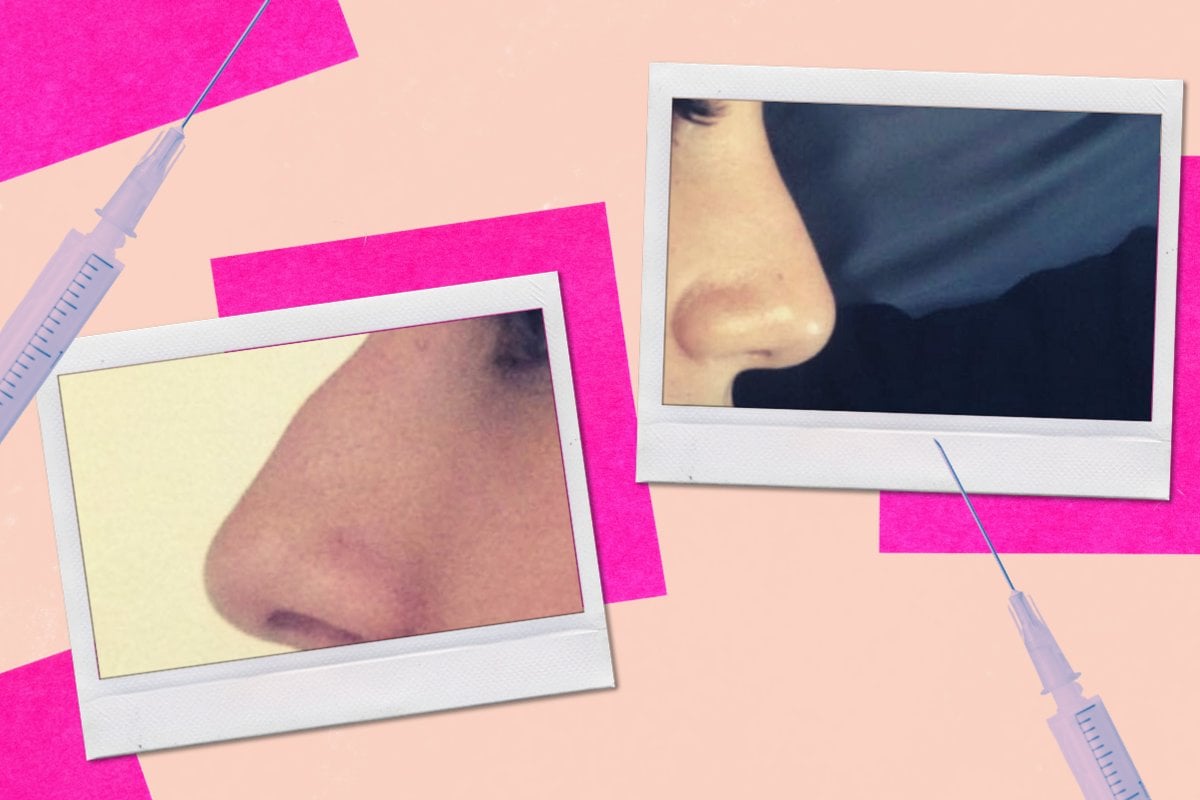 Non-surgical nose jobs aren't exactly a new thing. The procedure itself has been around for yonks. However, with the development of advanced techniques and the rise of social media, non-surgical nose jobs (also known as 'liquid' nose jobs), have become a seriously popular alternative to nose surgery (rhinoplasty).

They're quick, less-invasive, more comfortable and cost-effective. Plus, recovery time is waaay shorter compared with going under the knife.

Watch: I asked "The Doll Maker" what she'd do to my face. Post continues below.

But what exactly is a non-surgical rhinoplasty?

"A ‘liquid’ nose job is a procedure where dermal fiIller is injected into the nose, creating a more attractive shape. It can correct a nose bump or lift a drooping tip, improving the appearance of the profile," explains Dr Naomi McCullum, cosmetic physician and board member of the Cosmetic Physicians College of Australasia (CPCA).

"The procedure is popular because no general anaesthetic is required and it is not permanent. It is a very quick procedure with minimal downtime, and better still, results can be seen immediately," she said.

"Additionally, the patient can be consulted during the procedure and their results shown to them and adjusted as they go, allowing them to be very involved in the process and enabling them to achieve their desired result."

So what's actually involved in the procedure? And how much does it cost?

What better way than to ask someone who has *actually* had nose filler!

We spoke to 25-year-old *Rebecca and asked her to tell us everything we should know about non-surgical nose jobs, including what's really involved in the procedure and what results to expect.

What made you decide to get a non-surgical nose job?

"I have hated my nose since I was around 15 years old. When I was 21, I decided I wanted to try non-surgical rhinoplasty, which is essentially getting filler in your nose," said Rebecca.

"Before this, I had visited a rhinoplasty surgeon in Sydney. Being 18 years old and just finishing high school there was no way I could afford the surgery, and I really didn’t want to go through the recovery at the time."

After looking at her options and taking some time to research the procedure, Rebecca decided to go down the non-surgical route.

What does a nose filler procedure involve?

"I booked into a cosmetic surgeon in Sydney for an initial consult. The cosmetic nurse was so lovely," said Rebecca.

The procedure itself is pretty quick, and generally takes around 30 to 45 minutes, depending on the patient and the case.

"The consult involved taking photos of my nose from all different angles. She then asked me what I wanted to achieve and what I didn't like about my nose, and showed me where she would place the filler."

Once Rebecca felt comfortable with what was discussed, the skin around her nose was cleaned and dermal filler was injected to create the desired shape.

"I saw immediate results, which I loved," she said. "I already felt a lot more confident." 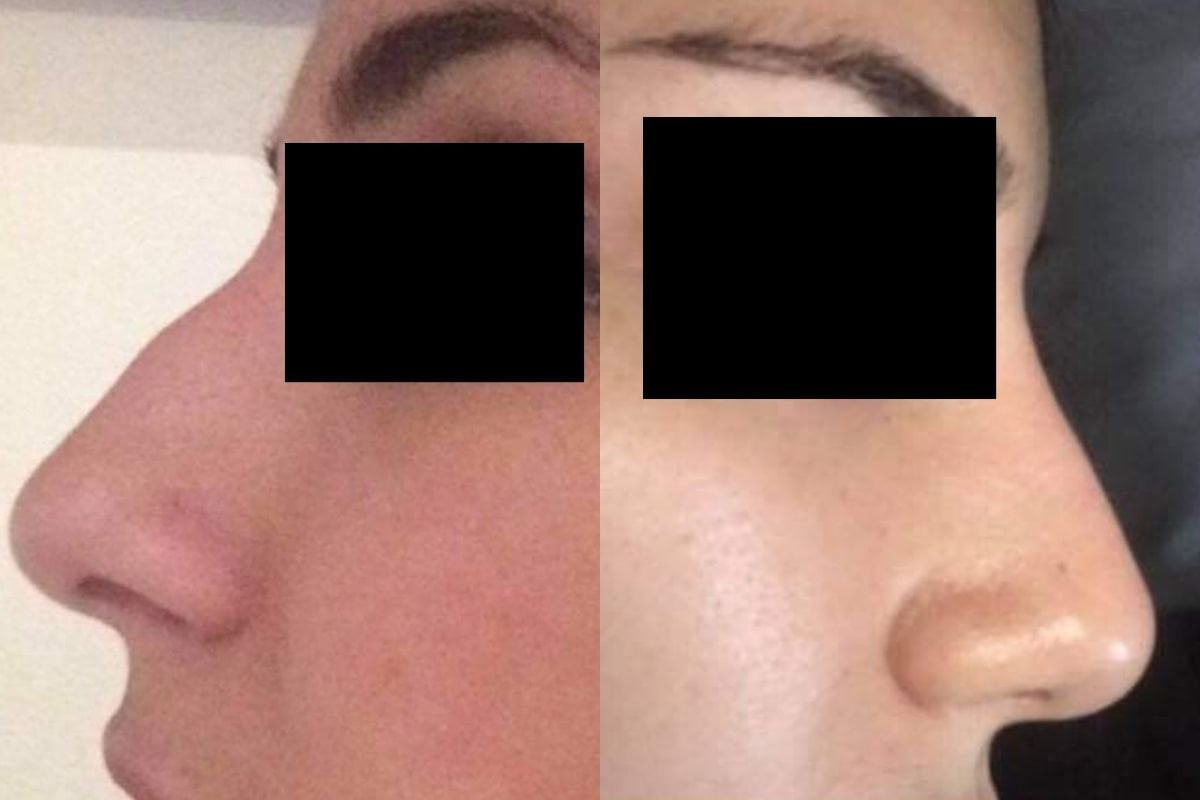 Before and after nose filler. Image: Supplied

Is there any downtime?

"There was no downtime. I had a few red needle marks on my nose but that was about it. And I wasn’t allowed to wear glasses for a few days."

How long did the results last?

"The results are supposed to last between 18-24 months, varying from person to person. For me it only last about 10 months, which was a bit disappointing and the reason I have only had it done once," said Rebecca.

How much does nose filler cost?

"From memory, the nonsurgical procedure was around $1,000 which seemed a lot more affordable for me at the time."

Were you happy with your choice to have nose filler?

"During the time I felt like it was definitely the right choice for me. I am glad I gave it a go before reconsidering surgery which I am currently doing," said Rebecca.

What advice would you give to someone considering a liquid nose job?

"I would say if you can afford it, give it a go. I was lucky enough to get a really good vibe from the cosmetic nurse during my consult, which I think is really important," said Rebecca.

"Do your research to make sure you find a qualified nurse! And definitely ask if they take photos during your consult. Ask them to show you an edited photo of what your nose will look like before getting it."