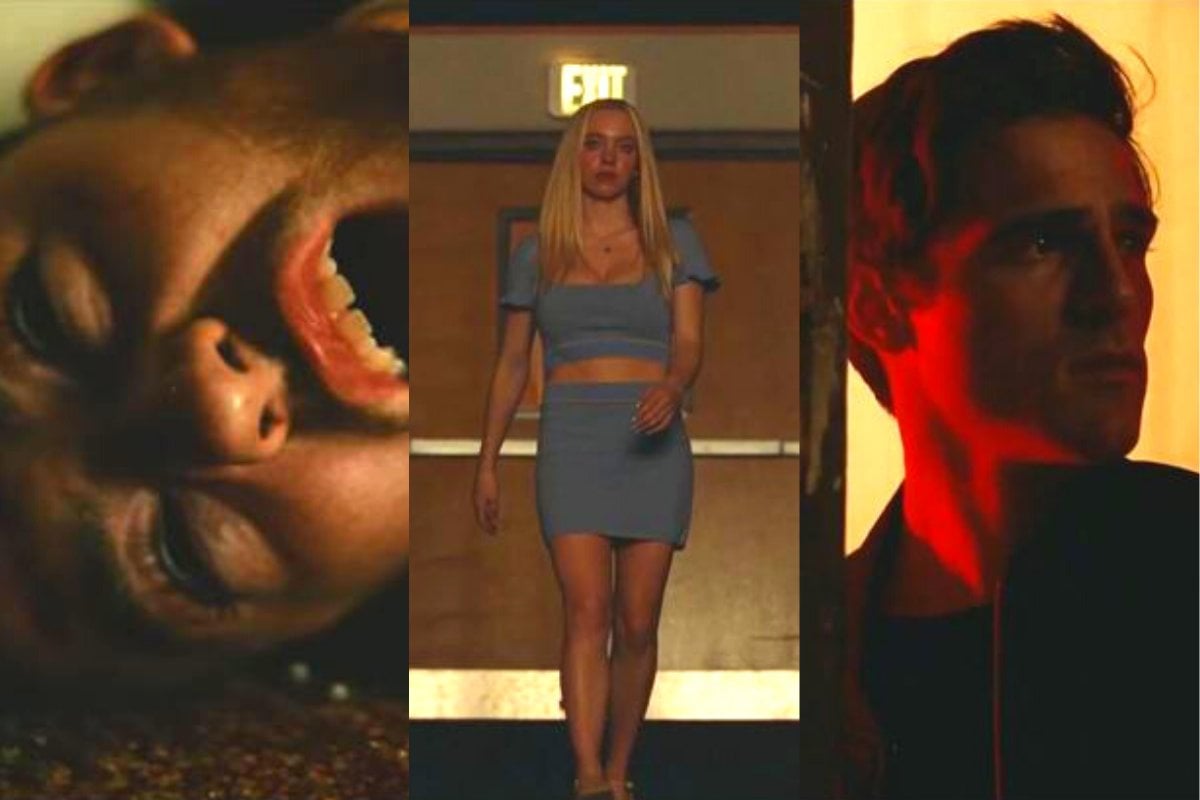 We had to wait an eternity for Euphoria season 2, and it feels like it premiered just yesterday. But somehow, here we are just days from finale time.

The season - which has featured Rue relapsing, Cassie's transformation in pursuit of Nate, a Jules, Rue and Elliot love triangle, Cal Jacobs' coming out to his family with his... penis out, and everyone's favourite would-be couple, Fezi - has all come together for episode eight, and because this is Euphoria, it's unlikely to end well for, well, anyone.

Will there be a happy ending for Lexi and Fezco, whose innocent hand-holding and long phone calls have us rooting for them even more given the (literal) d*ck-swinging in the rest of the show? Will anything top the spectacular 'I Need A Hero' music number of episode seven? Will Cassie go completely off the deep end? Will Nate ever unclench his jaw, or his fists? Will Kat get more than two lines?

on the season finale of #EUPHORIA pic.twitter.com/KzWn67F2Ds

My most likely prediction: No one will worry about finishing their homework. Below, we unpack more fan theories about what's going to go down in the season two finale:

(Warning: if you aren't up to date, there are lots of spoilers for Euphoria season two ahead.)

It's hard to imagine season one's naïve, bright-eyed Cassie is the same character as the drunk, screaming, crying, vomiting-in-the-spa Nate-obsessive we know now.

Episode seven ended with Nate breaking up with Cass because of Lexi's play, and Cassie's demon-esque stare through the auditorium door.

She's spent the entire season alienating everyone around her just to get to Nate and just when she got him, the play pushed him away from her. It's hard to see the finale beginning in any other way than Cassie storming up to the stage, stilettos stomping on poor Lexi's playbill, to confront her sister in front of the entire school.

We hope Lexi, clearly the greatest director of our time, can push through and finish the play because DAMN, it's good. But if not... thank God Ethan's big number happened before this.

Before now, Rue's sobriety has been short-lived. For most of this season, she was actually using while pretending to be sober.

Episode seven felt like it showed some genuine progress for Rue. 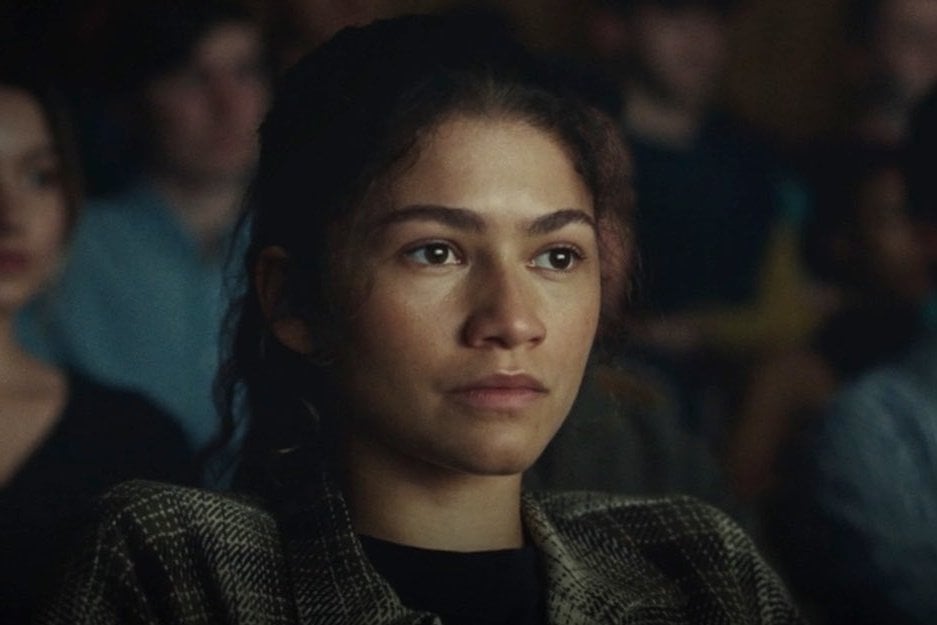 Firstly, the conversation with her mum, where Leslie revealed that her younger sister Gia was acting out and struggling at school, seemed to get through to Rue in a way we haven't seen before.

And even though Lexi's play used her drug use as a plot point, Rue didn't seem angry about this while sitting in the audience. In fact, she looked positive and healthy - which is definitely new for audiences.

This could point to Rue rekindling her friendship with Lexi going forward, and following a less self-destructive path. Here's hoping!

Maddy finally gets her revenge on Cassie.

It's criminal that we have not had a proper confrontation between Cassie and clap-back queen Maddy since Rue dropped the bomb that Cassie and Nate were sleeping together.

Maybe, the finale will finally give us what we want.

In the teaser trailer, we can see Maddy chasing after Cassie BAREFOOT. If we were Cass, we wouldn't stop running.

Fezco dies, is badly injured, or gets arrested.

The episode trailer shows Fezco lying on the floor, yelling, with bloodstains on his shirt, and clutching a card with Lexi's name on it - my heart!!!! 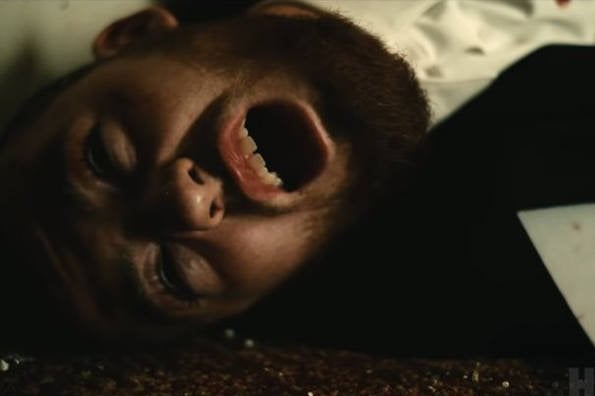 This much is clear: SOMETHING BAD IS GOING TO HAPPEN TO FEZ.

We know from episode seven that Fez, who had promised Lexi he'd be there in a front-row seat, never made it to the play - but we haven't learned why yet.

At the beginning of the season, Fez covered up Ashtray's killing of their supplier, Mouse, with help from Custer and his girlfriend Faye. But in later episodes, we learned the Custer was working with the police to take down Fez.

Ashtray seems to clock that something weird was going on in the last episode, and it looks like it all comes to a head in the finale. The trailer briefly shows the FBI breaking down a heavily locked door, which if related to the brothers could lead to arrests, or worse.

No matter how it plays out, it's clear everyone's favourite local drug dealers are in for a bad time.

Me trying to convince myself that fezco and ashtray are going to be okay #Euphoria pic.twitter.com/5td9sA8epV

If Fez isn't the one to die... it's possible that it's Ashtray.

The entire season has been filled with hints about death, so it really does feel like someone is not going to make it to the already-green lit season three.

Ashtray has put himself on the line for Fez plenty of times - and many think he'll do it again in the finale, with devastating results.

Plus, the season began with Ashtray's backstory. Foreshadowing? 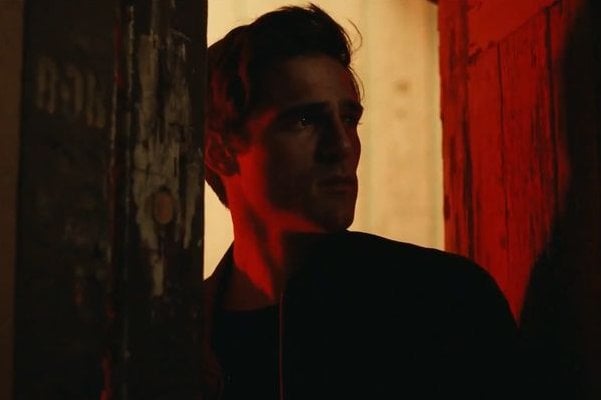 Nate leaves the theatre humiliated, single, and still very confused about his feelings for Maddy and Jules. He isn't exactly known for inward reflection, so it seems likely he will take his anger out on someone else.

The most obvious person would be Cal, who skipped out on his family a couple of episodes ago after finally coming clean about his sexuality. In the trailer, Nate is briefly shown with what looks like police lights flashing which could indicate that Nate informs the cops about Cal's tapes and sleeping with underage teens. I mean, it would be the ultimate revenge on the father who told Nate he was his biggest mistake.

While the FBI raid appears most likely to be related to Fezco, Euphoria's trailers are known for being misleading, and the brief shot of Nate standing by a door while police lights flash indicate that scene could be related to him and his dad instead.

Ethan leaves Euphoria High for the bright lights of Broadway.

I have no evidence for this. It just feels right.