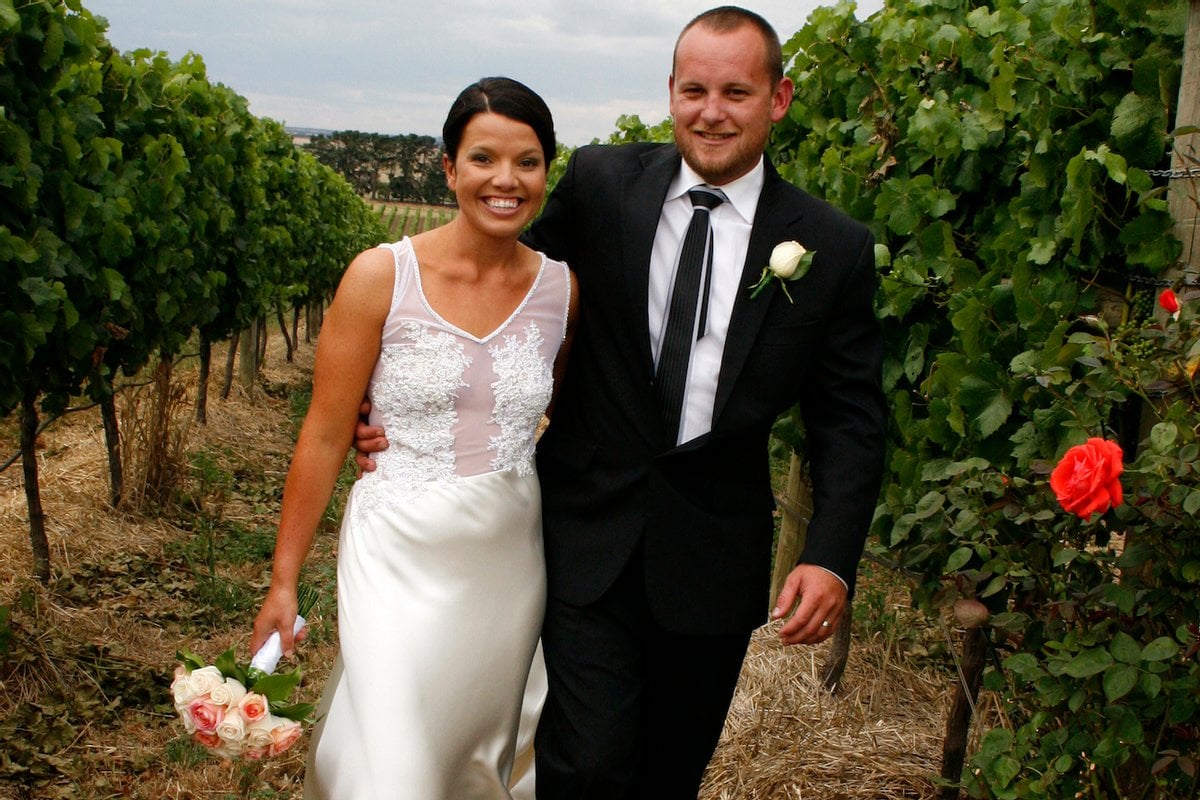 After sharing a post on social media recently about my grief journey, a woman admonished me, and it took me by surprise.

It had nothing to do with the content I was sharing, rather she had seen the accompanying photo of me, and noticed my lack of wedding ring and wanted to share her thoughts.

As can often happen on the world wide web, it wasn’t overly positive.

The reason she admonished me was because I am widowed and I don’t wear my wedding ring. 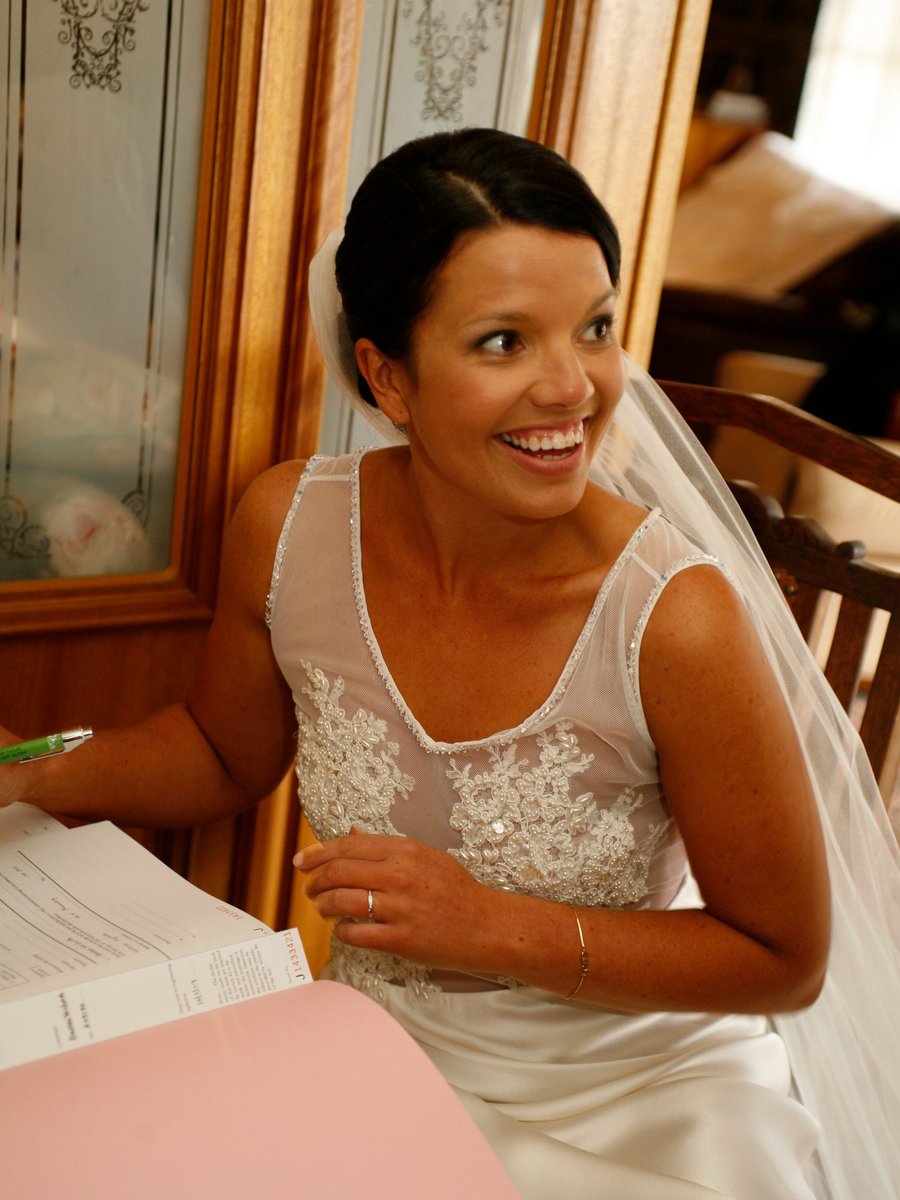 While I won’t get into the nitty gritty of what was said, it felt obvious that because I no longer wore my wedding ring, I had committed some kind of widow crime and that perhaps I didn’t truly love him.

I was 35 when my husband died suddenly from an asthma attack in 2017. As my life and future completely unravelled, there were so many decisions to be made – big decisions, small decisions, and everything in between.

As the months wore on and my widow status really set in, my thoughts turned to my wedding ring and whether I should still be wearing it or not.

I also noticed that my left hand had become a focal point to people who knew of my circumstances.

I would often spot secret glances at my left hand to see if it was there or not.

It’s a lonely world as a widow, and as I didn’t really know any other widows, I had no one to ask advice. I also felt embarrassed that I was having these thoughts and didn’t want to draw attention to what I was pondering.

Instead, I turned to my good old friend Google to know what the ‘right’ thing was to do.

I spent countless hours, often in the early hours of the morning while I couldn’t sleep, reading articles and forums.

Some told me I’d simply know when I was ready, others told me my wedding ring was a symbol of my love and togetherness and I should never take it off.

There was even an article that detailed correct etiquette for the widow and suggested that until I found someone else, it was to stay firmly in place.

Listen: On No Filter, Mia Freedman meets Hugh van Cuylenberg, the author of The Resilience Project. Post continues below.

The more I read, the more confused and exposed I felt. Was I a bad wife? Was I a bad widow? Was my ring a true testament of my love for my husband?

Around four months after my husband died, I took my engagement and wedding rings off. Despite my Google research it wasn’t an overly calculated move in the end, it just kind of happened and there were varying reasons.

Prior to becoming engaged I never wore jewellery and I used to remove my rings to exercise, sleep, shower and would often not put them back on, sometimes for days. My husband never cared about this, and I didn’t either.

This is harder to admit, but I didn’t feel married anymore. In fact, I had never felt more alone or heartbroken.

Perhaps I was in an angry stage of my grief, but every time I looked at my ring or twirled it on my finger, it felt like a stark reminder of everything that I had lost and all that would never be, and it hurt.

I didn’t want people I encountered to assume I was married.

There’s nothing more exposing as a widow than someone clocking a ring on your left hand and then asking about your husband. The death of a partner had knocked my confidence in social situations, as I’d stumble trying to find the right words to say.

However, the catalyst of taking the wedding ring off happened when I went to look at my husband’s wedding ring one day and found it missing.

Panicked, I asked my then four-year old daughter if she had seen it, and she confessed she had been playing with it.

As we discussed the whereabouts of his ring, she couldn’t remember where it was.

I kept my cool, but as the search continued, I felt deeply sad, because I imagined the ring would belong to her when she was older as a keepsake of her dad.

Days later the ring was found, and I breathed a sigh of relief.

It was at this point that I removed my own rings and put them alongside my husband’s and kept them somewhere safe so my daughter can have them.

I’ve been lucky to encounter more widows and widowers over the last few years, and each of us have made our own decisions when it comes to wedding rings.

It’s always a fascinating topic to explore with each other as we share our decisions.

Some choose to wear it, others wear it on their right hand or wear it on a necklace, others take it off. Whatever choice is made, we never judge - it’s such an individual journey for each person, just as grief is.

Was I disappointed that I was chastised by a stranger for my decision? I was surprised more than disappointed.

Surprised that someone would think that my love for my husband is any less simply because I choose not to wear my wedding ring.

Our love is wrapped up in my beautiful memories and my heart, and I don’t need a wedding ring to prove that. I never did.

Jo Betz is the author of Grief: A Guided Journal. Jo is a writer and speaker who is passionate about giving grief a voice through storytelling. You can follow her on Instagram.

A
azzuri 5 months ago

Reply
Upvote
1 upvotes
Thank you for sharing your story. I've learnt to listen to my heart and to do things that feels right for me. People will always say something (positive or negative). However, they are not living your life. Do what feels right for you. It's so beautiful that you have placed your rings together and will pass them on to your daughter. That is the most precious gift!
E
ellell 5 months ago

Reply
Upvote
1 upvotes
I lost my husband (car accident) and I took my rings off after about a year. I'd met someone new and I did not want people assuming we were married or engaged. I wear it on my right hand now, and I always will, as it is so dear to me, but I don't feel married anymore.
News
General
Opinion
True Crime
Politics
Sport
Explainer
Entertainment
Celebrity
Reality TV
Movies
TV
Books
Rogue
Royal
Lifestyle
Beauty
Fashion
Weddings
Home
Wellness
Health
Fitness
Travel
Food
Parents
Before The Bump
Pregnancy
Baby
Kids
Teens
School
Parent Opinion
Work & Money
Money
Finance
Career
Lady Startup
Relationships
Sex
Dating
Separation
Friendship
Family
Real Life
Couples