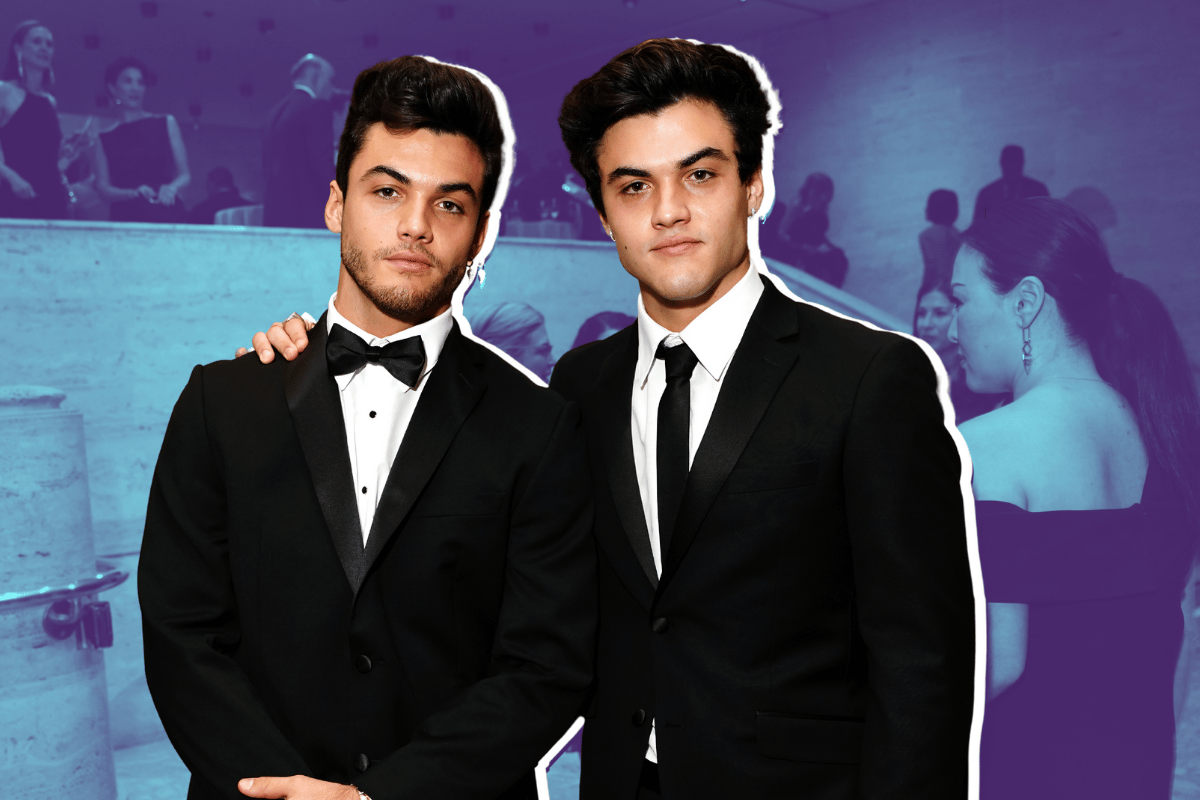 We live in a world where status, influence and followers are a new currency that stands entirely on its own.

With fans comes tireless support, endless amounts of brand deals and a global audience to sink your teeth into.

That is, until they decided the spotlight was not for them anymore, and made the decision to walk away from the public personas that they had built.

With a growing desire to carve out independence, privacy and a life that was on their terms - the twins, who had been in the spotlight since they were 14 years old - decided stardom was something neither of them wanted anymore.

Watch a snippet of Ethan and Grayson Dolan's video: Turning 21 With My Twin. Post continues after video.

While both of them choose to remain relatively low key about their lives now, this week, Ethan was seen in Sydney, Australia.

So what are they up to now, you may ask? Well, first let's take a look back at their rise to stardom.

Who are Ethan and Grayson Dolan?

There's a charm to building an audience. It requires finesse, a certain look (usually firmly rooted in the beautiful face space), and an incessant tendency to jump onto the latest trend.

In 2014, they launched their YouTube channel and did just that. It was the height of influencer-related content, where Gen Zer's and Millennials alike were interested in watching how objectively beautiful people went about their days. And Ethan and Dolan, just 14 at the time, wanted in.

In what can be argued as a relatively short time, the duo amassed 10 million followers. It took them just seven years to build a brand purely centred around what they were doing, who they were hanging out with and the pranks they pulled on eachother.

Their rise to fame began on the now-defunct platform Vine. What started with just Grayson turned into twins sharing content and it worked. Really well. Quickly, they grew to three million followers.

In 2017, the twins won Creator of the Year at the Streamy Awards. In 2020, they began co-hosting a podcast called Deeper With The Dolan Twins. 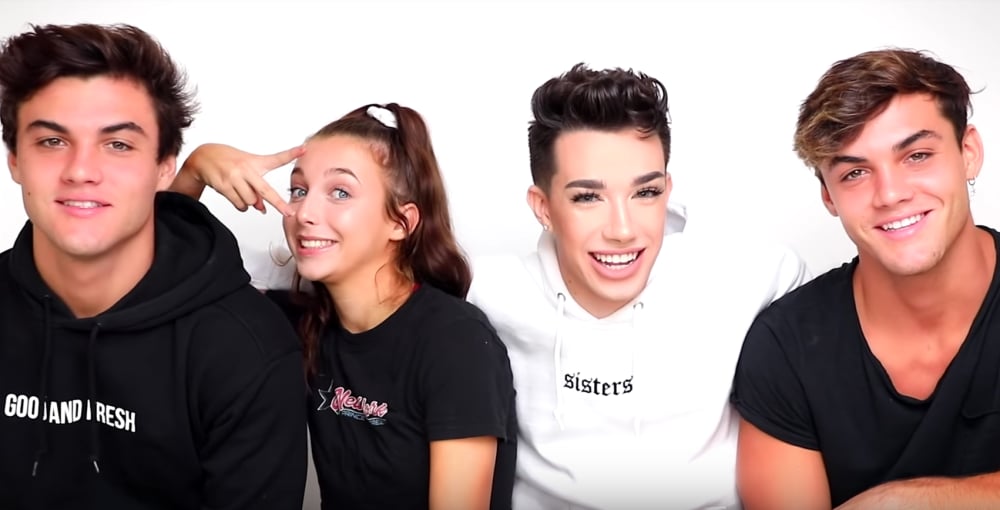 Together, they would share their epic adventures and became the group to watch.

It was rumoured Emma and Ethan were dating, however they never confirmed the relationship.

The group disbanded after James got caught in a controversy involving fellow YouTuber and beauty guru Tati Westbrook.

In 2020, James said while he enjoyed his time with the Dolans and Emma, he grouped it in the “probably not again, but happy for the experience category”.

“It was really, really cool to film these crazy over-the-top videos with, at the time, my best friends in the entire world,” he explained in a YouTube video. “Basically, we were all just at very, very different parts of our careers and our lives and we needed to go in different directions.”

Currently, Ethan is dating Australian model and dancer Kristina Alice. They have been together since 2019.

Why did they leave social media?

Ethan and Dolan walked away from all their social media platforms in 2021, sharing just six posts between them on Instagram across 11 months since then.

Unlike most influencers leaving with a bang, the Dolans' left relatively quietly. Fans were left confused each and every week as their YouTube channel sat dormant, and the pair said nothing.

That was until January 2021 when they came out with an explanation on their silence, acknowledging that there had been joy missing from their most recent videos.

In the clip that has now been made private, Ethan and Grayson explained they wanted to find "creative inspiration".

“We are not moving on from YouTube because we have a lack of appreciation for you guys. Your support over the past seven years of our lives — I can’t even explain the level of appreciation I have for you,” Grayson said.

However, they still didn't come back. And the long-anticipated explanation came from the oddest of places - on former actress Jennette McCurdy's podcast.

In the 50-minute clip titled "the perils of fame", the trio discussed the difficulty in choosing what to share online and what to keep private.

"It's a weird age that we're living in where you have this community that you converse with online... But then there's something you put out also reaches other people that you're not meant to be sharing with and so [that's when] over-sharing becomes a thing."

Not only did they stop posting to their flagship channel, eventually their podcast also sat dormant with no new updates. The twins explained turning 21 sparked a major change in their lives - and that change involved no social media.

"I wanted to be an adult, and I wanted to change things that I saw were problems and that I felt passionately about," he explained. "But it takes so long to learn about all of that stuff."

Of course, there were other reasons. Grayson shared there had been "things" he can't speak about, but they had contributed to a decline in his mental health.

They also discussed the passing of their father, Sean Dolan, at the age of just 50. There were rumours of fans wanting to turn up to the funeral, either in support or an attempt to speak to them.

"Reality sets in and I [had] to be prepared for this funeral service. I can't have people coming in and taking pictures so we had to bring a security service [in] beforehand," both boys shared. "It was really morbid and something that was unfortunate, but that's what the internet is when you put yourself at there."

Grayson went on to clarify: "We were defended by 99.9 per cent of our following. It could have just been haters or trolls who wanted to say something..."

Listen to Cancelled, Mamamia's first comedy podcast that unpacks what happens to celebrities once the world turns on them. Post continues after audio.

What are they up to now?

As of right now, neither Ethan nor Grayson have shared any updates on their lives, except for a very cute addition to their family in February 2021.

"Guys I’m a new Dad. I finally found a dog that I’m not allergic to," he wrote about the pup Sledge.

As of last week, Ethan was allegedly spotted by a fan at a shopping centre in Sydney, with his girlfriend.

The clip of them walking hand in hand amassed 300,000 views and over 2,000 comments from fans who were in utter disbelief.

"They literally disappeared off all their social media and you find them [here] of all places," one user wrote.

Another said: "If you had told me this three years ago, I would've broke [sic] down crying. I was obsessed with him."

In regards to their future, neither of them have any priority to stay in the spotlight.

"I think of fame and having an influence as something I don't hold personally valuable. I don't care if people think that I am famous and recognise me as being famous," they shared. "I just appreciate the voice that it's given to me and the ability to invoke change."

As for their eagerly waited return to YouTube? We wouldn't recommend holding your breath.