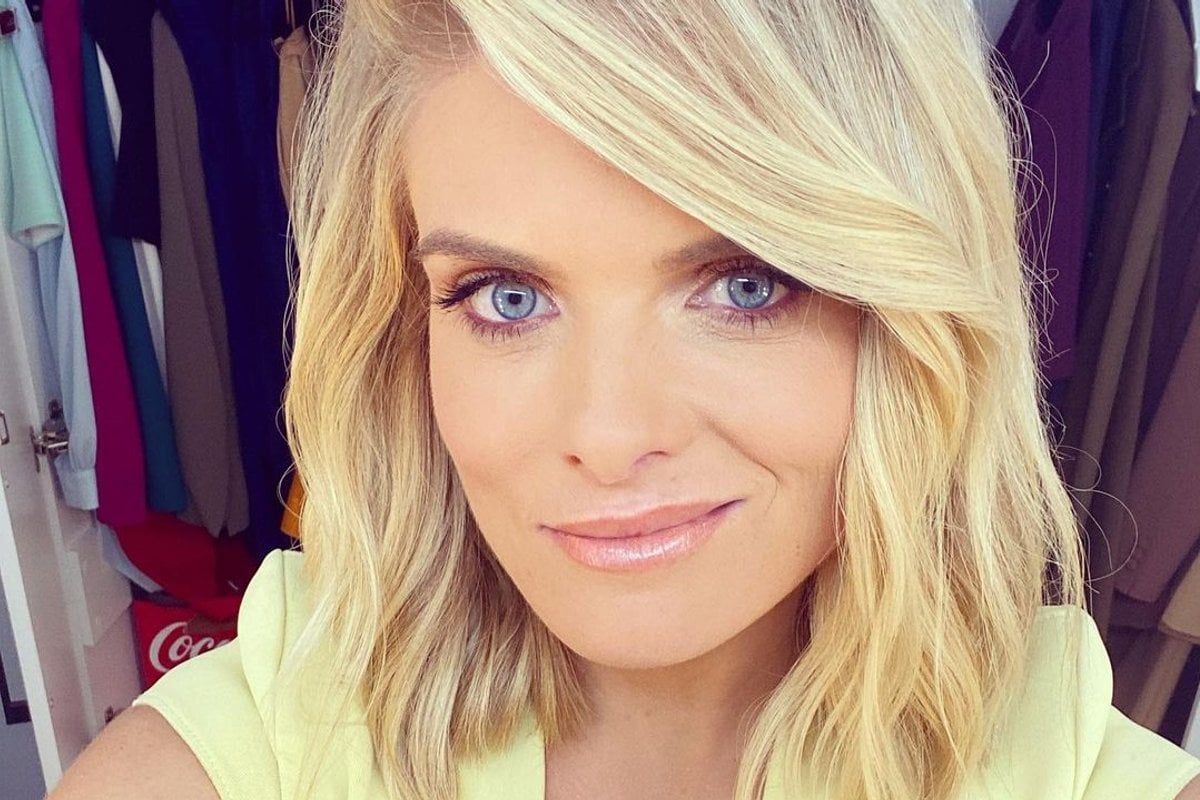 1. Erin Molan shares that she lived in her car in her 20s, all while she was working in TV.

Before making it big on TV and radio, Erin Molan chose to live in her car for a couple of months in her early 20s.

Speaking on 2Day FM's Hughesy, Ed & Erin, the breakfast show host explained that she would live in her car when she felt like she couldn't be at home.

Erin shared the story earlier today after Hughsey brought up that he used to be on Centrelink.

"I was on the dole for seven years," he said.

"Seven years turned up to Centrelink, full of shame. Had my father saying ‘get a job mate’ I’m like ‘Dad I got one … I’m just getting paid cash’," Hughsey said laughing.

Erin then shared, "I lived in my car by the way for a couple of months… Just trying to relate".

"It was an Audi though wasn’t it?" Hughesy joked.

The 38-year-old went on to say that she was "working at a TV station for 250 bucks a fortnight" at the time.

"I was naughty so we had a stage where I didn’t particularly want to go home… It was like the Von Trapp’s, I just couldn’t handle the environment anymore," she joked, before clarifying, "It wasn’t really by the way. I’ve got an amazing family."

It looks like Packed to the Rafters actor Hugh Sheridan might be dating Kurt Ackermann (aka TikTok star Kurt Roberts).

According to the Daily Mail, Hugh was photographed kissing Kurt earlier this week at Bondi Beach, with the publication confirming yesterday that Kurt was the man in the photo.

"Hugh and Kurt have been seeing each other for a few weeks now and he [Hugh] recently introduced him to his family," a friend of the actor's supposedly told the publication.

We'll save you the trouble and link Kurt's TikTok here. He also reportedly works as a financial assistant and has modeled for DNA magazine.

While nothing has officially been confirmed, Hugh did tag Kurt in photos and videos over the weekend when they were out on a boat with a group of other people.

Hugh previously opened up about his sexuality in an essay for Stellar in October last year.

"I believe labels are for clothes, not for people," he wrote.

"I've never felt I really knew who I was and I didn't like the sounds of the labels that people were giving me so I decided to say nothing."

"Lockdown gave me time to reflect and it occurred to me that no-one ever sticks up for people who don't pick a label."

3. Paris Hilton has started IVF and is keen on “picking twins” for her first pregnancy.

Paris Hilton has announced that she's started IVF, and it looks like she's pretty set on "picking twins".

"We have been doing the IVF, so I can pick twins if I like," she said on The Trend Reporter with Mara podcast.

Speaking about her relationship with Carter Reum, the 39-year-old explained that they're ready to "move on for the next step of [their] lives".

"We talk about [planning a wedding] all the time and planning our babies' names and all of that. So, I'm really excited to just move on for the next step of my life, and finally just have like a real life."

Paris' documentary; This is Paris, released earlier this year detailed her several past abusive relationships, so to hear she is now happy with her new partner Carter, is great news.

4. A teeny tiny investigation into whether Symon and Adam actually wanted to go into the jungle.

Gogglebox star, Symon Lovett has responded to the claims that he and co-star Adam Densten "didn't actually want to go into the jungle", as rumoured by Megan Pustetto on the So Dramatic! podcast, and it turns out, they were the ones to reach out.

“Their manager forced them to do the show,” a source told So Dramatic.

“When they left Gogglebox they told everyone they were never doing reality TV again. Their exact words were: ‘Reality TV is the devil. Go f**k yourselves! We’re above it and not doing it ever again!’

“Their manager basically forced them to do the show, telling them, ‘You’re too precious. Your career is over. You need to do the jungle. It will give you the exposure you need to launch your other projects.’”

A post shared by The Symon part of Adam & Symon (@symonlovett)

But, this week, Lovett explained to news.com.au that the story was very different.

“It was actually us who emailed the head of Channel 10,” Symon said.

“We met Bev at the Formula One. We sent her an email saying, ‘If you’re looking for any hosts we know a couple of guys.’ She wrote back and said, ‘How would you like a jungle experience?’

The pair came in to the jungle as intruders halfway through the season, though Symon has since left his partner-in-crime, Adam, in the jungle alone.

5. "You're sort of dry humping on a bed." 11 women on what filming sex scenes is really like.

On screen sex scenes range from terrible and... hilariously inaccurate to Connell and Maryanne in Normal People-level hot.

But whether they're good or bad or terrible, filming a sex scene must be weird.

While on screen we're watching two people (most of the time), behind-the-scenes are... more people.

A director. Lighting. Sound engineers. More often than not these days, an intimacy coach. Plus whoever else is deemed necessary to capture the fake sexy times. 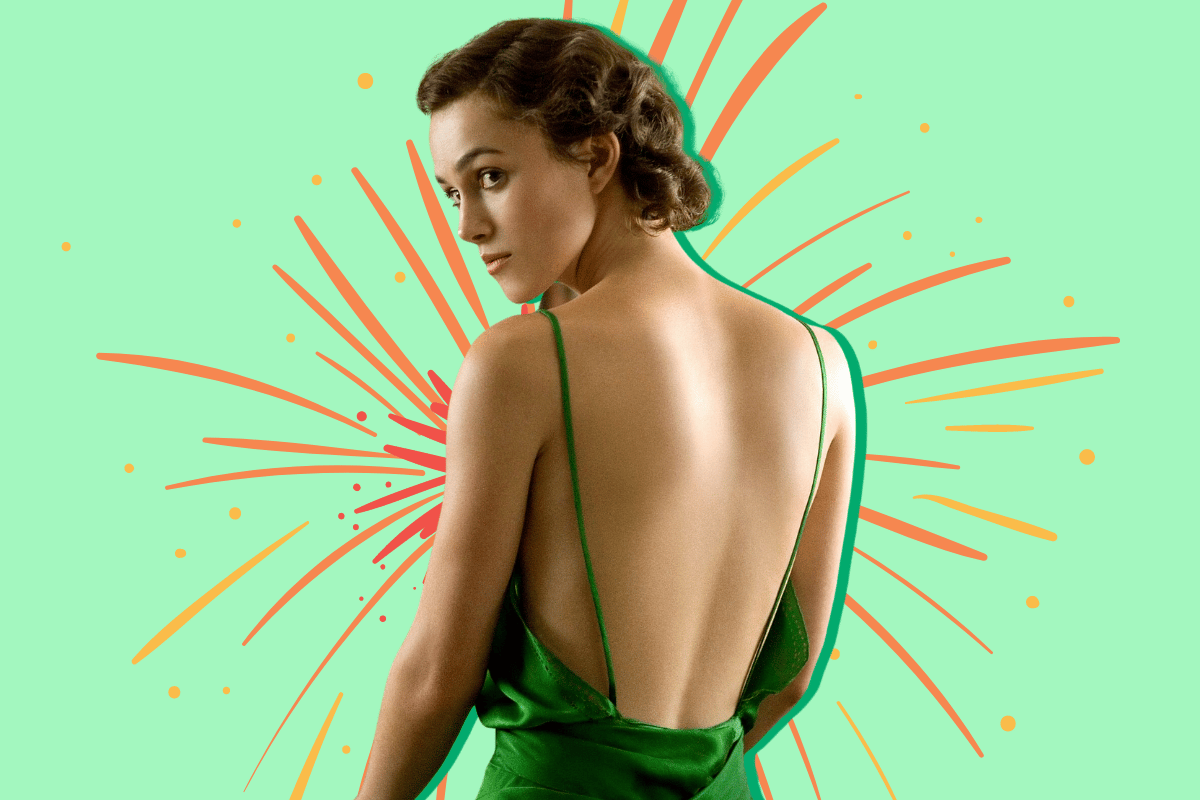 Keira Knightley is hesitant to ever do it again.

In conversation with director Lulu Wang and writer-producer Diane Solway on the Chanel Connects podcast, Knightley said she doesn't have a desire to portray the "male gaze".

"If I was making a story that was about that journey of motherhood and body acceptance, I feel like, I'm sorry, but that would have to be with a female film-maker," Knightley said.

"I don't have an absolute ban, but I kind of do with men."

She continued: "I don't want it to be those horrible sex scenes where you're all greased up and everybody is grunting. I'm not interested in doing that.

"I feel very uncomfortable now trying to portray the male gaze. Saying that, there's times where I go, 'Yeah, I completely see where this sex would be really good in this film and you basically just need somebody to look hot'.

"So therefore you can use somebody else, because I'm too vain and the body has had two children now and I'd just rather not stand in front of a group of men naked."

From disastrous, gross and empowering, here are 11 Hollywood women on their experiences filming sex scenes.

Pre-sex scene ban, Knightley spoke about the best sex scene she had filmed; one in which she felt the most comfortable.

"The best sex scene I've done on screen is the one in Atonement, on the bookshelf. It was both the best sex scene, but also [the best] to shoot," she told Vulture in 2019.