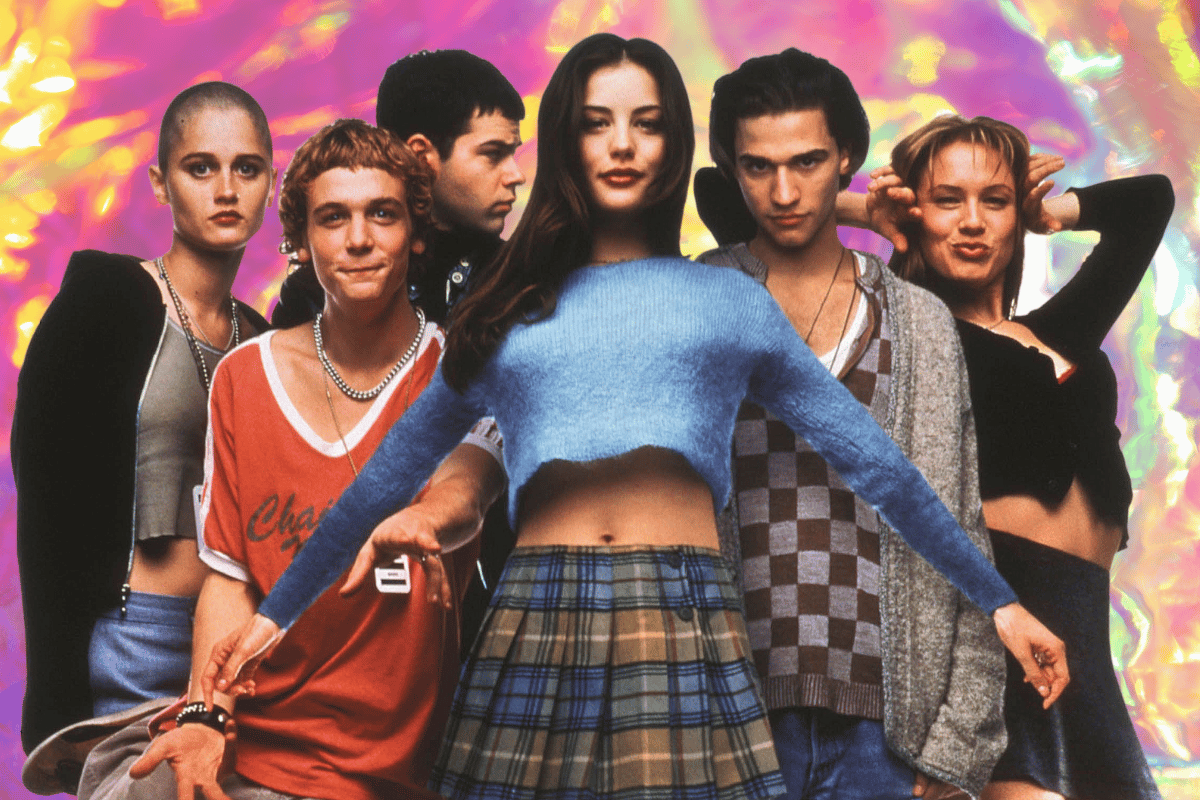 Although it's hard to believe, it's been 25 years since the cult movie Empire Records was released.

The 1995 coming of age comedy, which starred the likes of Liv Tyler and Renée Zellweger, followed the lives of the young employees at Empire Records – an independent record store in Delaware.

In the years since the film was released, Empire Records has become a cult classic.

Want a nostalgia hit? Watch the trailer for Empire Records below. Post continues after video.

From the soundtrack to the enviable outfits, Empire Records was one of the most quintessentially 90s movies of the decade.

And over two decades later, we're still dreaming of working in a music store.

Here's where the cast of Empire Records are now. 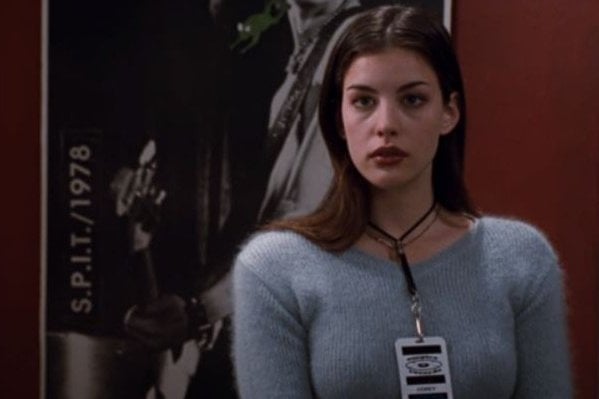 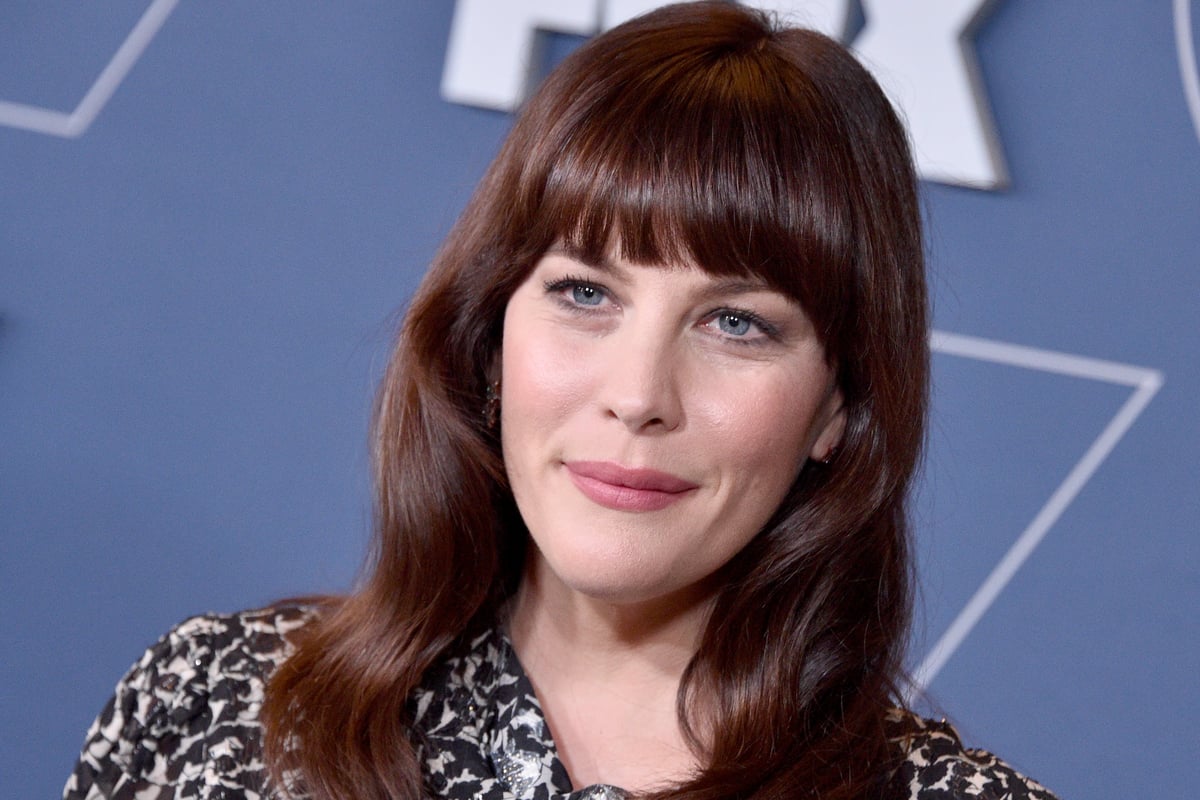 Liv Tyler played Corey Mason in Empire Records. The actress' character, who arguably had the best outfits in the film, was a smart student with a secret drug addiction.

Prior to her time on Empire Records, Liv Tyler had only appeared in two movies and a handful of music videos for her father Steven Tyler's band, Aerosmith.

After Empire Records, Tyler landed roles in other 90s classics including That Thing You Do!, Stealing Beauty, and Armageddon before being cast as Arwen in the Lord of the Rings trilogy.

Tyler's role in the Lord of the Rings franchise pushed her further into stardom as she became the face of Givenchy and appeared in films including Jersey Girl, The Incredible Hulk and The Strangers.

In more recent years, the actress has appeared in several television shows including The Leftovers, Harlots, and 9-1-1: Lone Star.

Tyler is currently engaged to British sports manager David Gardner. The couple have two children together, son Sailor and daughter Lula. Tyler and Gardner each have sons from their previous relationships, making them a blended family of six. 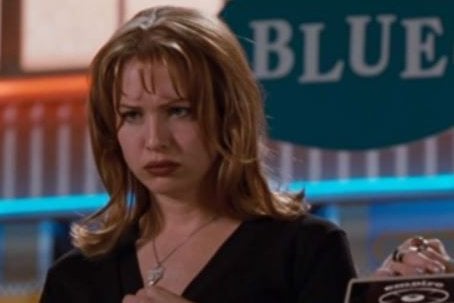 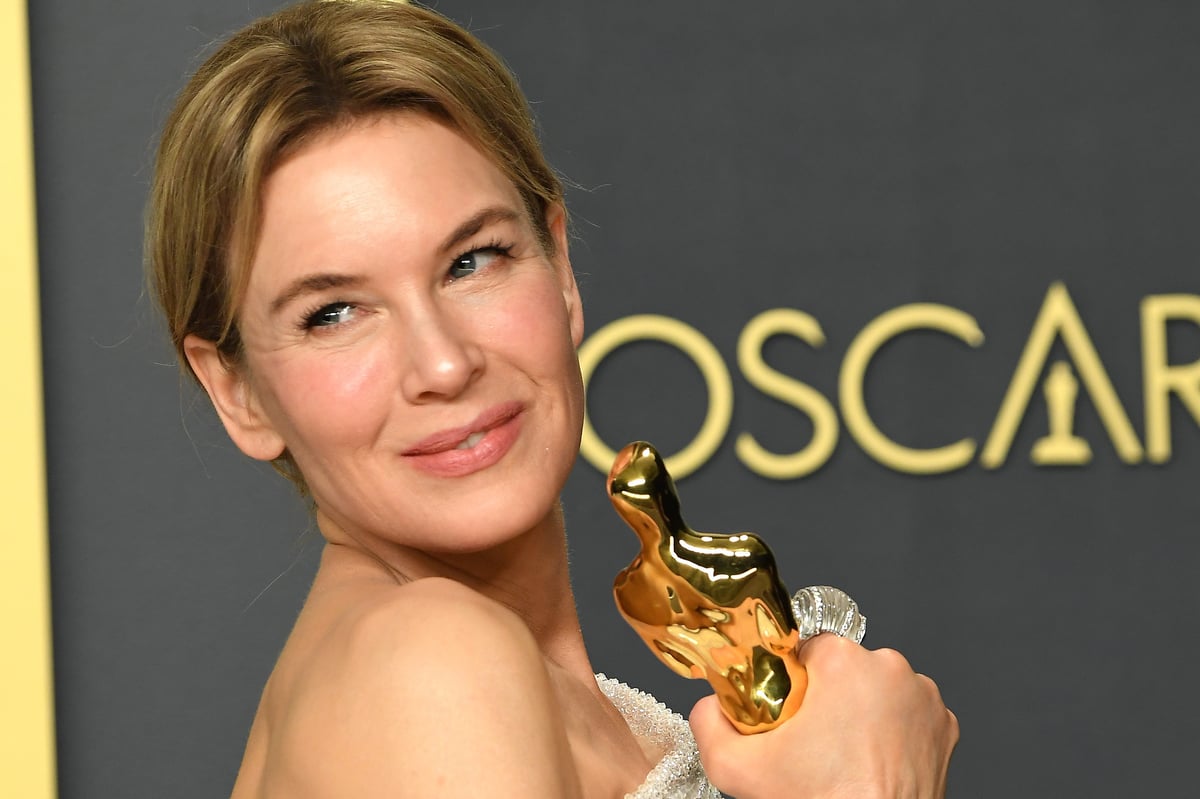 When Zellweger landed the role in the coming of age film, she had already appeared in a bunch of 90s classics, including Dazed and Confused and Reality Bites.

Post-Empire Records, the actress skyrocketed to fame, becoming one of the biggest names of the 2000s with her roles in Bridget Jones' Diary, Jerry Maguire, Chicago, Cinderella Man, and Miss Potter.

The actress has since won countless awards, including two Oscars and four Golden Globes.

"I was fatigued and wasn’t taking the time I needed to recover between projects, and it caught up with me," she later told Vogue UK. "I got sick of the sound of my own voice: it was time to go away and grow up a bit."

Since then, the 51-year-old has returned to Hollywood, appearing in Bridget Jones' Baby and Judy Garland biopic Judy, which landed her a slew of awards. 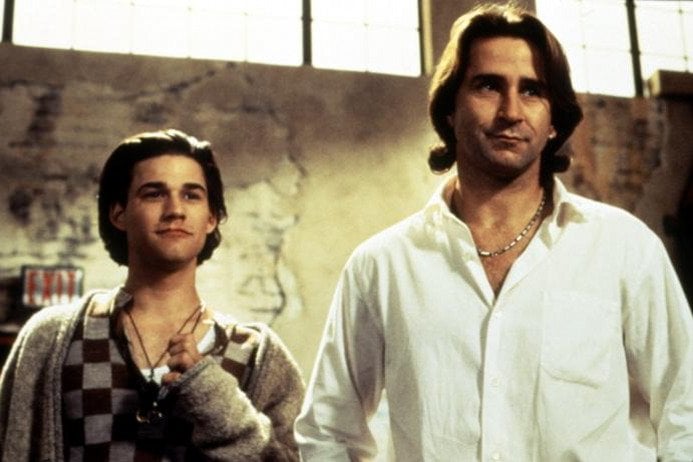 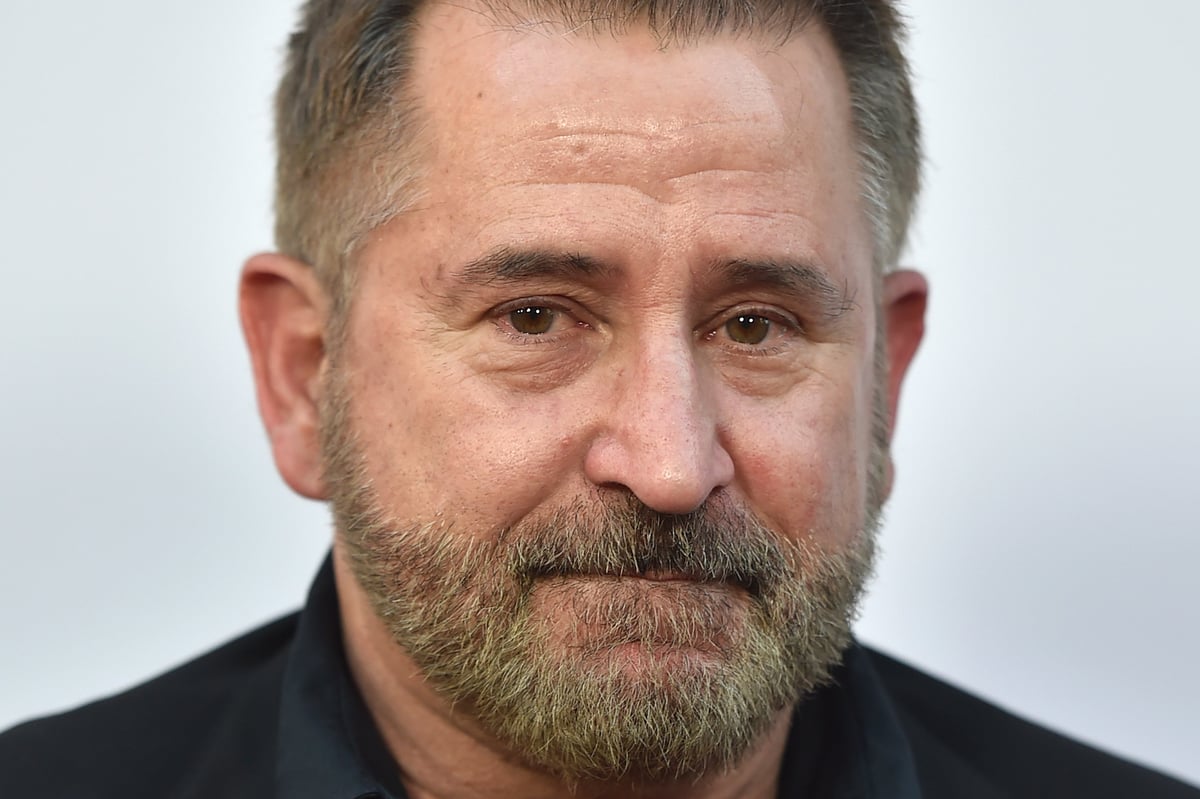 In the film, Joe isn't just the manager of Empire Records. He's also a father figure to his teenage employees.

Prior to appearing in the film, the Australian-born LaPaglia had previously starred in several TV shows and movies, including So I Married an Axe Murderer and The Client.

After Empire Records, LaPaglia had the lead role in Without A Trace and a guest stint on Frasier.

LaPaglia married Alexandra Henkel, who is 30 years younger than him, in 2018. He has one daughter, 17-year-old Bridget, from his previous marriage to actress Gia Carides. 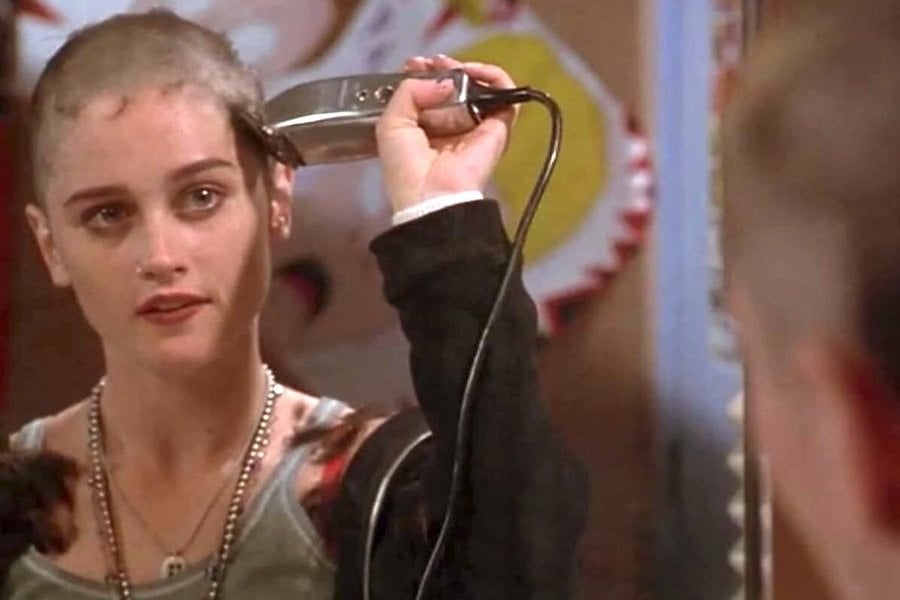 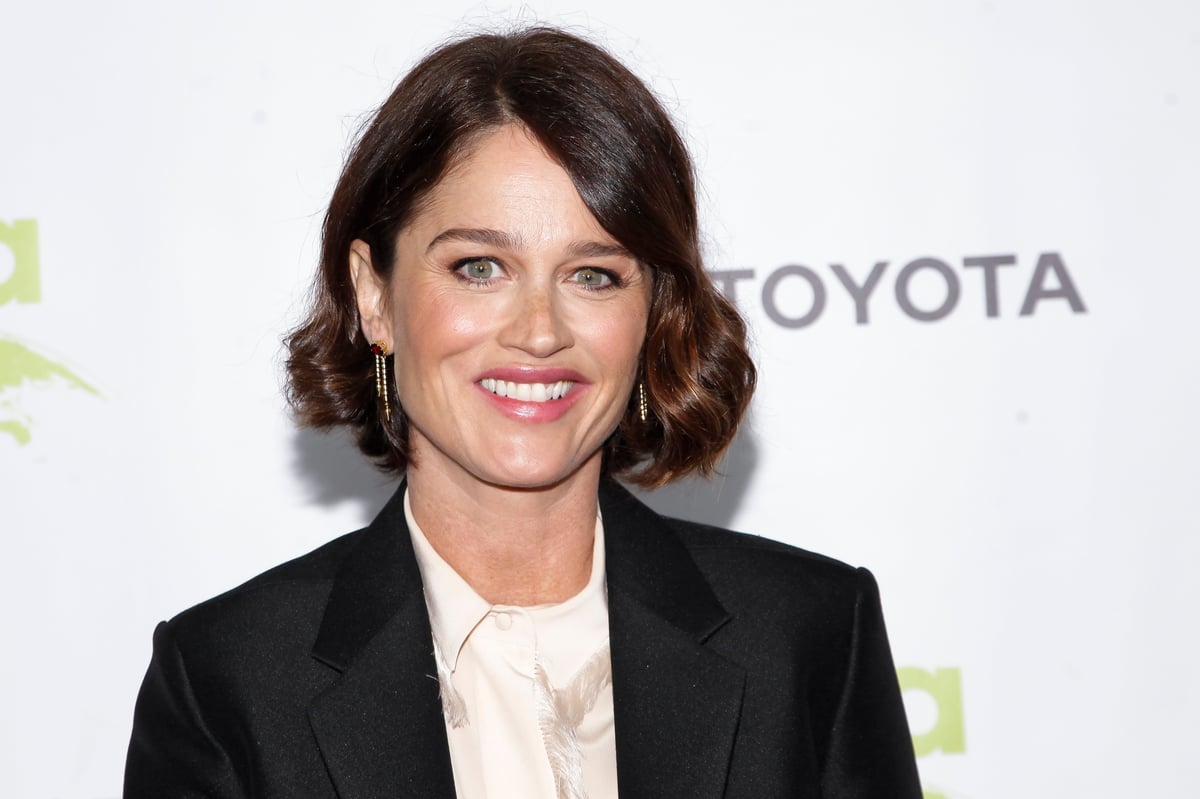 Robin Tunney played the edgy Debra in Empire Records. The actress actually shaved her head to play the record store employee in the film.

Shortly after Empire Records, Tunney donned a wig to star in the iconic film The Craft. She later appeared in films including End of Days and Vertical Limit.

These days, Tunney is best known for her long running roles on Prison Break and The Mentalist.

More recently, Tunney appeared in TV series The Fix in 2019.

Now 48, Tunney is engaged to interior designer Nick Marmet. The couple welcomed son Oscar in 2016 and daughter Colette in 2020. 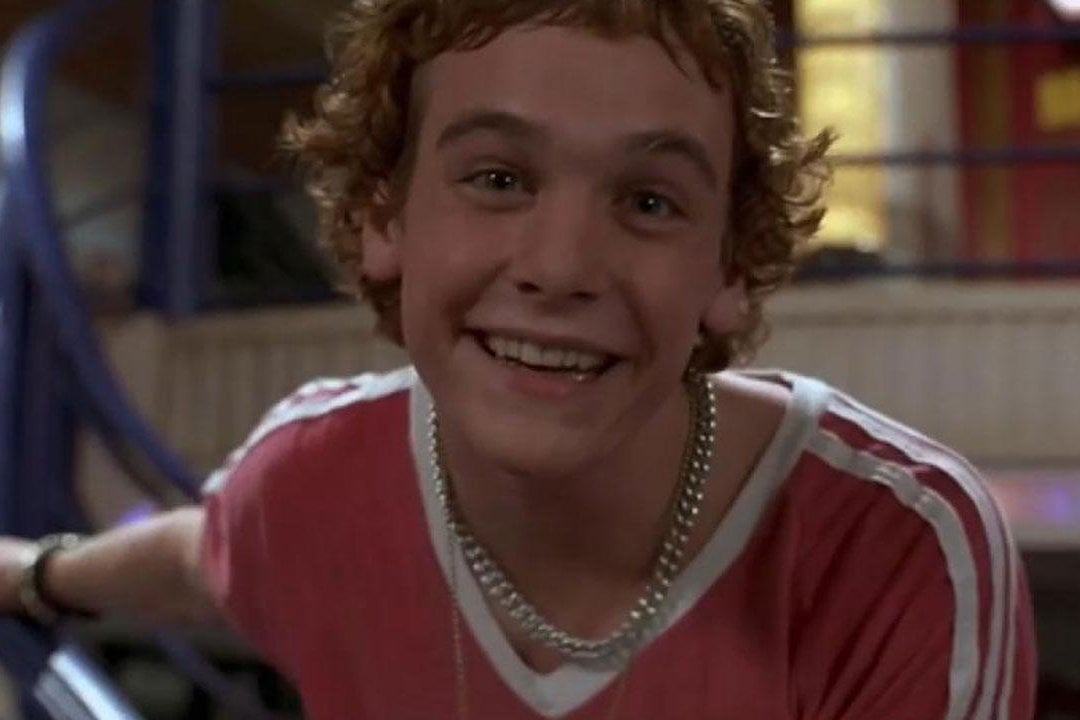 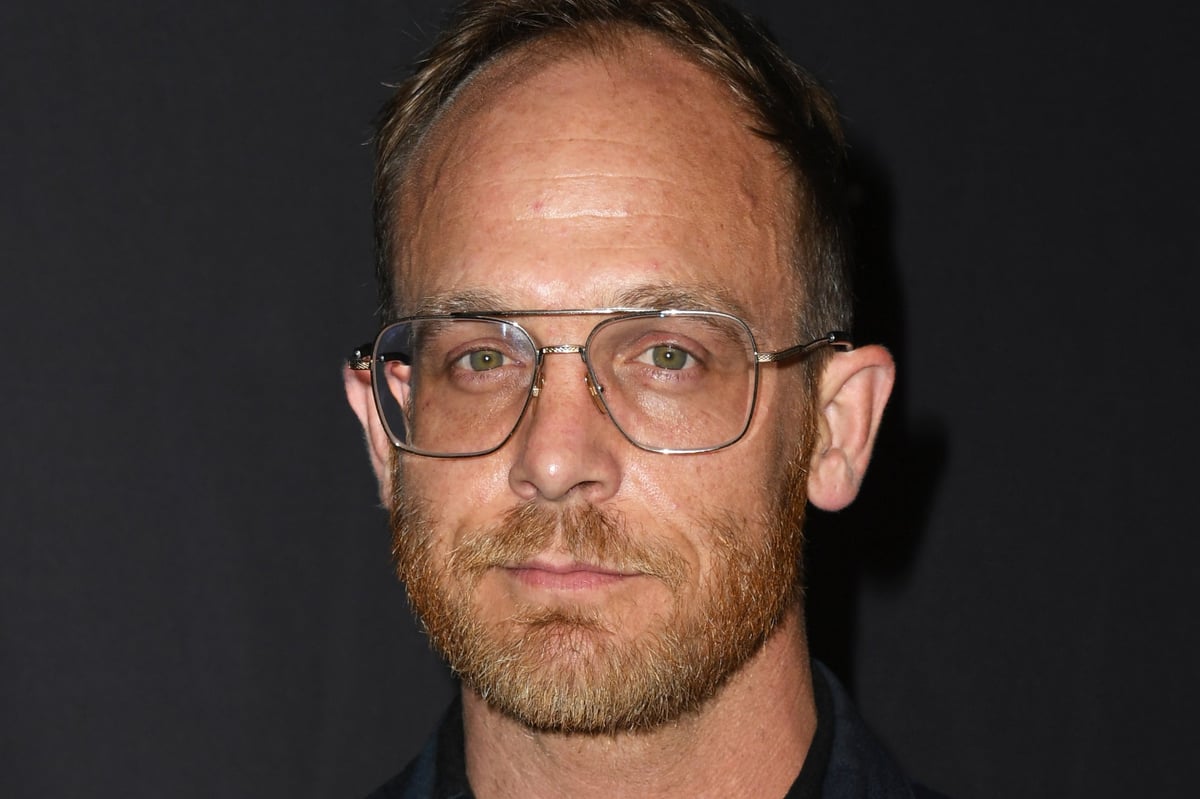 After the film, he went on to appear in Can't Hardly Wait, Vegas Vacation and Sweet Home Alabama.

These days, Embry has turned his attention to TV, appearing in Once Upon a Time, Sneaky Pete, The Walking Dead and Grace and Frankie.

In 2017, the actor opened up about his struggle with addiction, shared that he battled addictions to heroin and prescription painkillers.

"I was stuck in a cycle of running through a subutex script and smoking [black] tar [heroin] for about two straight years. Six years ago today, I started my kick," he shared on Twitter.

"Life won't get any easier for us when we sober up. But I do promise you'll be better at dealing with what comes at you clean." 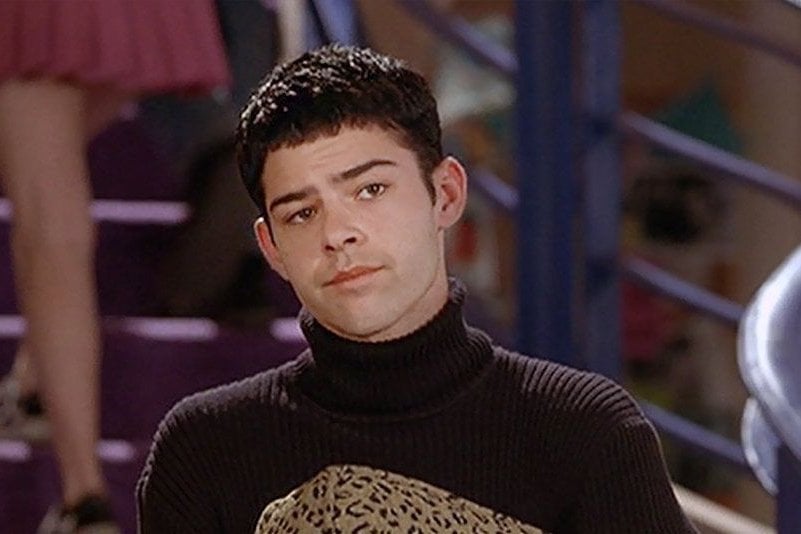 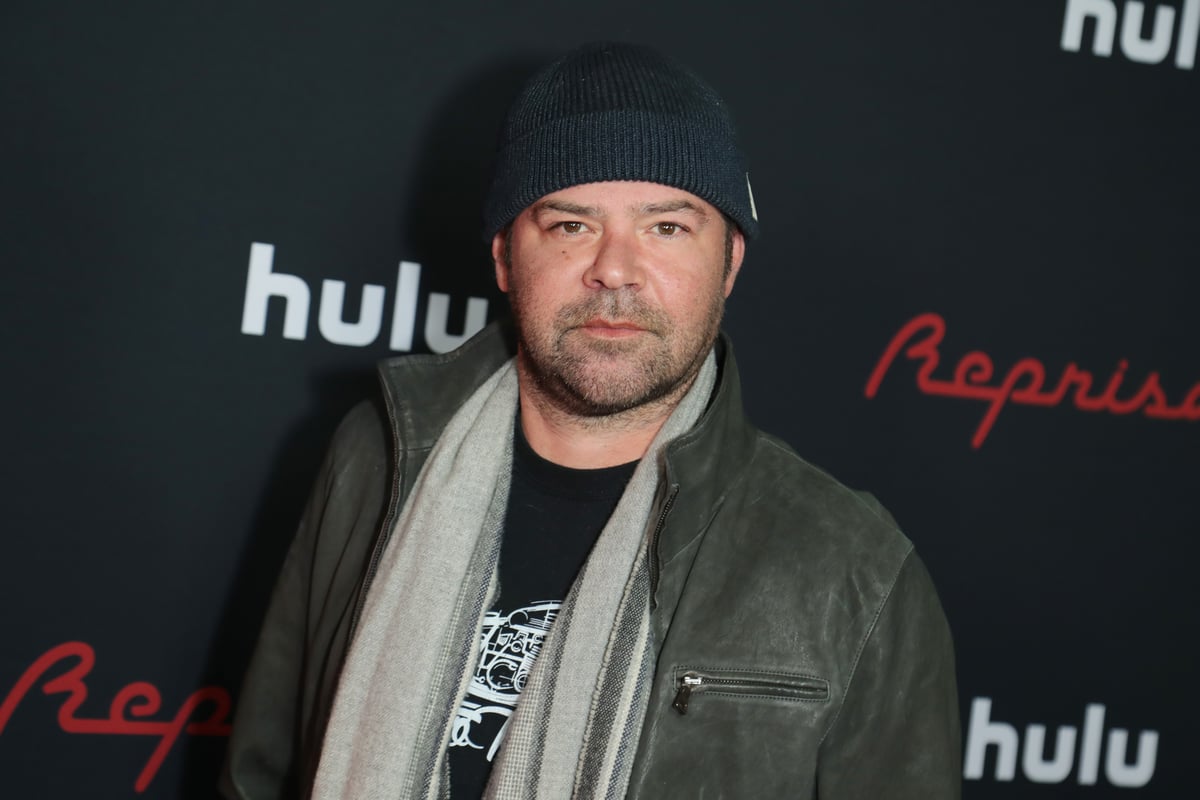 In the film, Lucas tried (and failed) to save the record store by gambling the store's profits at an Atlantic City casino.

Since Empire Records, the actor has appeared in A Scanner Darkly, Argo, Black Mass, and had recurring roles on 24, and CSI: Miami.

Besides that, the 42-year-old has kept his private life relatively quiet. 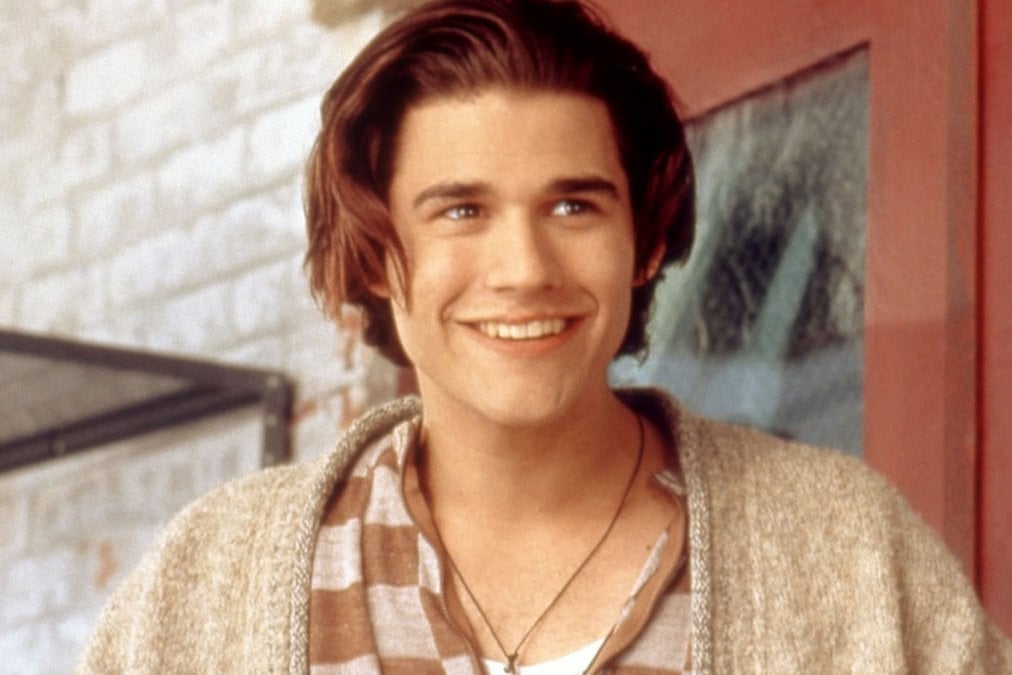 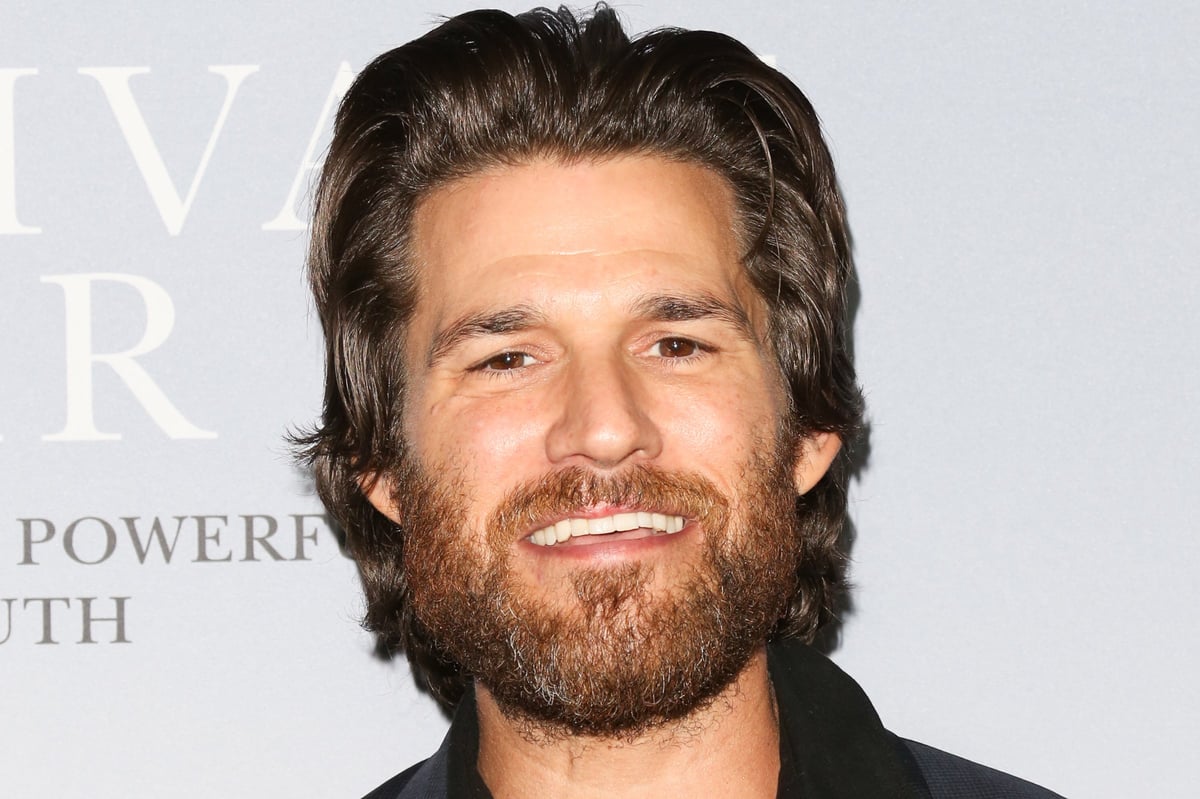 Johnny Whitworth played A.J. in Empire Records, the store manager who was in love with Corey Taylor.

After appearing in his first few movies, Whitworth took a short break from acting.

But like Rory Cochrane, he went on to have a recurring role on CSI: Miami. He has also appeared in Cold Case, The 100, and Without A Trace.

More recently, the 44-year-old actor has had a recurring role in TV show Blindspot. He also starred as the demonic Blackout in Ghost Rider: Spirit of Vengeance. 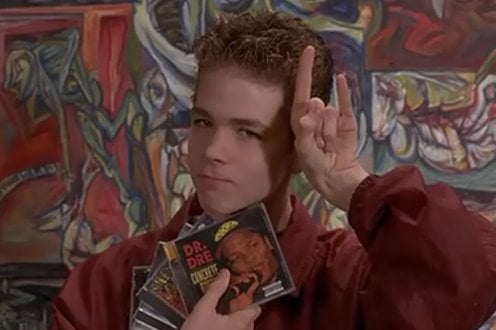 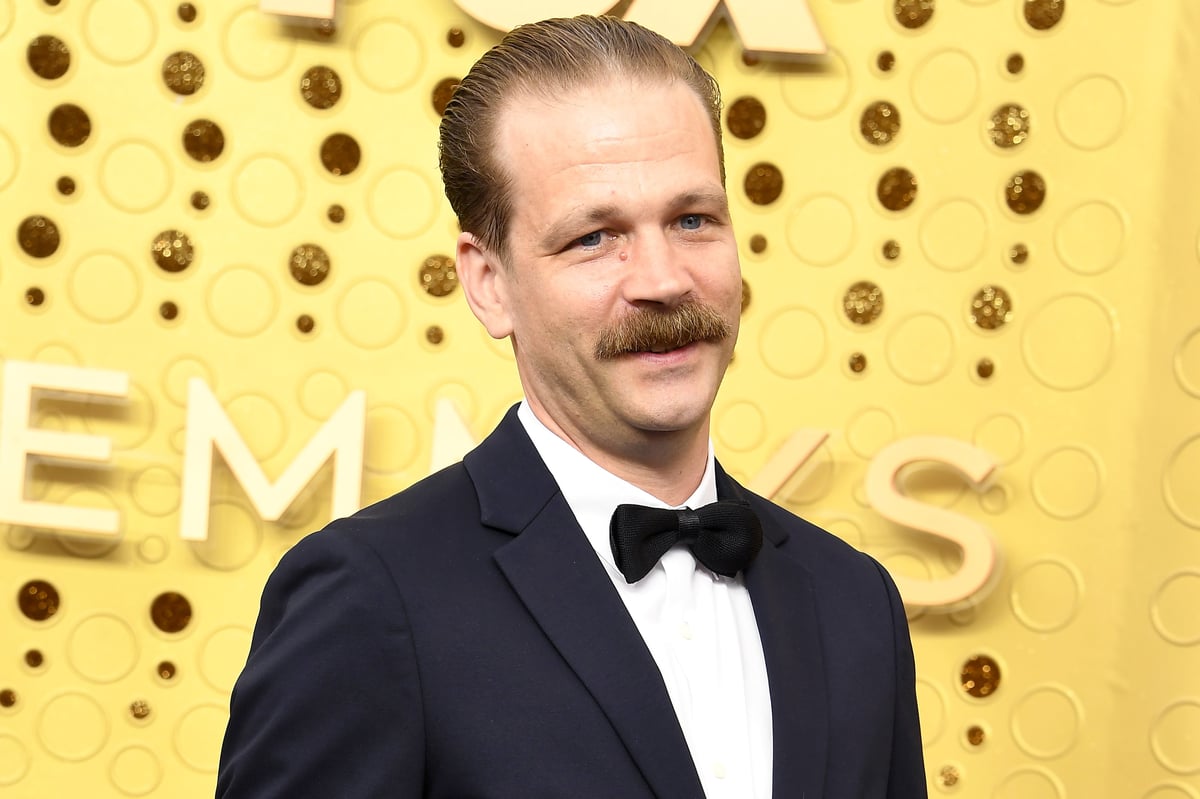 In his second ever role after Welcome to the Dollhouse, Sexton played Warren Beatty, a would-be shoplifter who ends up working at the record store.

In 2002, Sexton famously criticised Black Hawk Down following its release. The actor has since claimed that speaking out against the film led to him getting "blacklisted" in Hollywood.

Outside of acting, the 40-year-old owns and operates his own independent record label, Big Bit of Beauty. 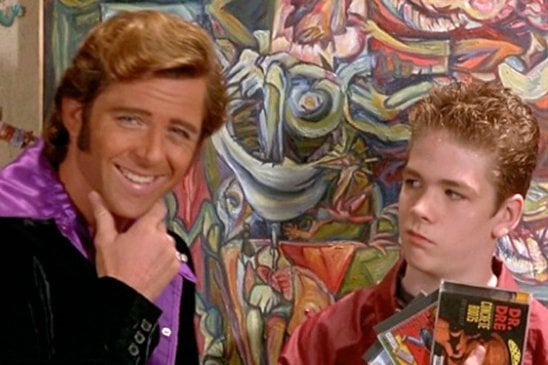 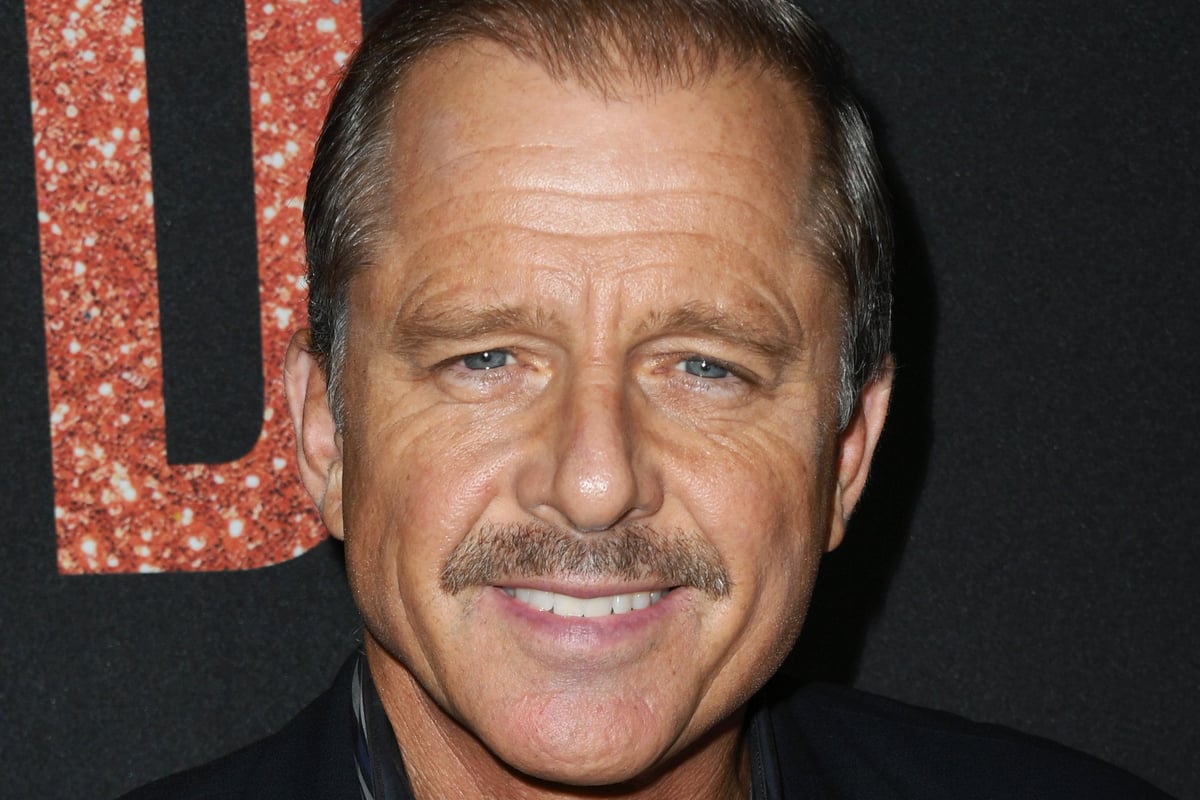 Maxwell Caulfield played Rex Manning in Empire Records, a washed-up 80s musician who made an appearance at the record store.

Caulfield is best known for his appearances in Grease 2, The Colbys, and The Real Blonde.

The 60-year-old British-American actor has been married to actress Juliet Mills since 1980. 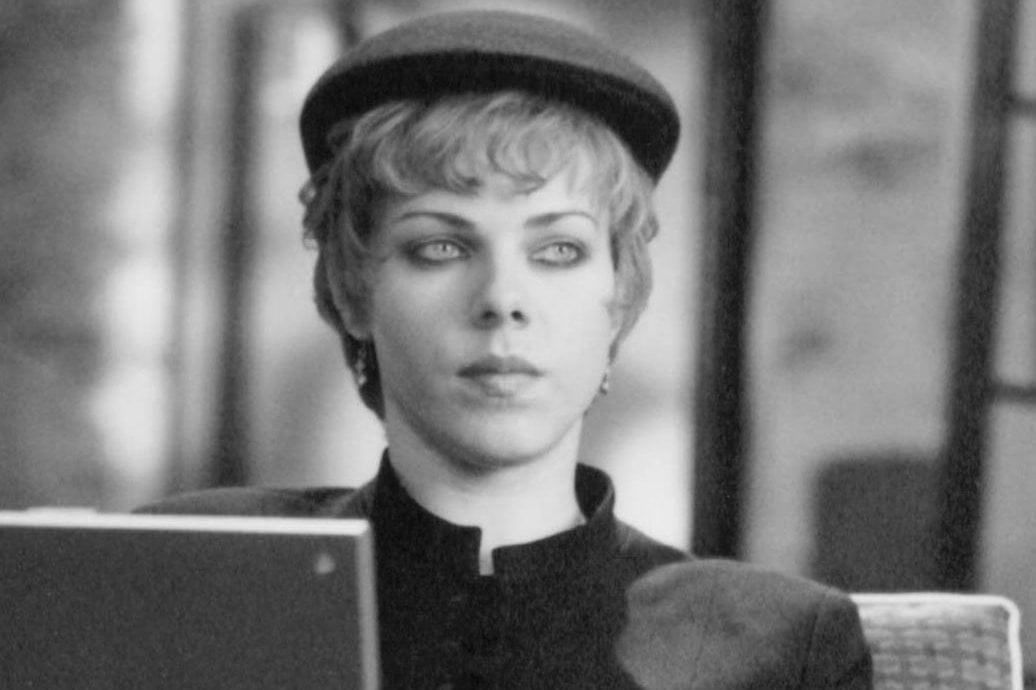 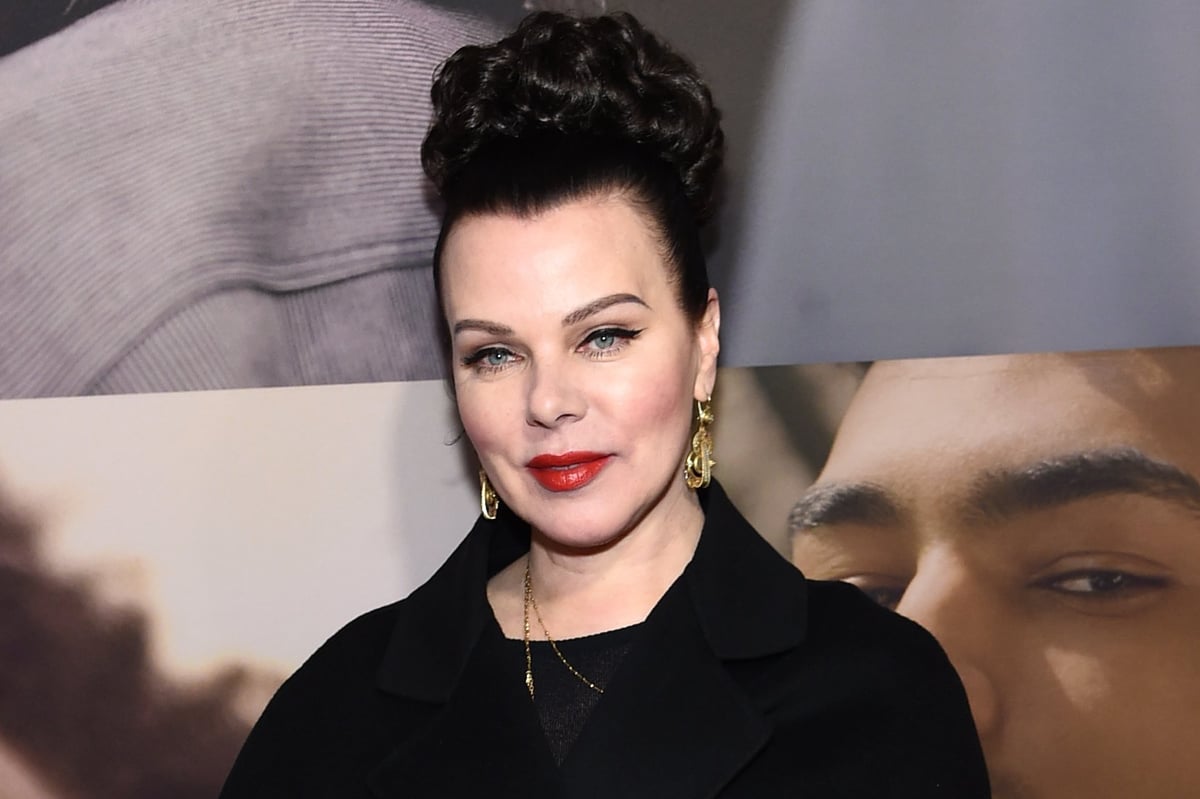 Since then, Mazar has had appearances on Law & Order, Friend, and Ugly Betty. She also had recurring roles in Entourage and That's Life.

More recently, the 56-year-old actress has had a long-running role on Stan's Younger as Maggie.

The actress married Italian celebrity cook Gabriele Corcos in 2002. The couple, who host Extra Virgin on the Cooking Channel, have two daughters together.