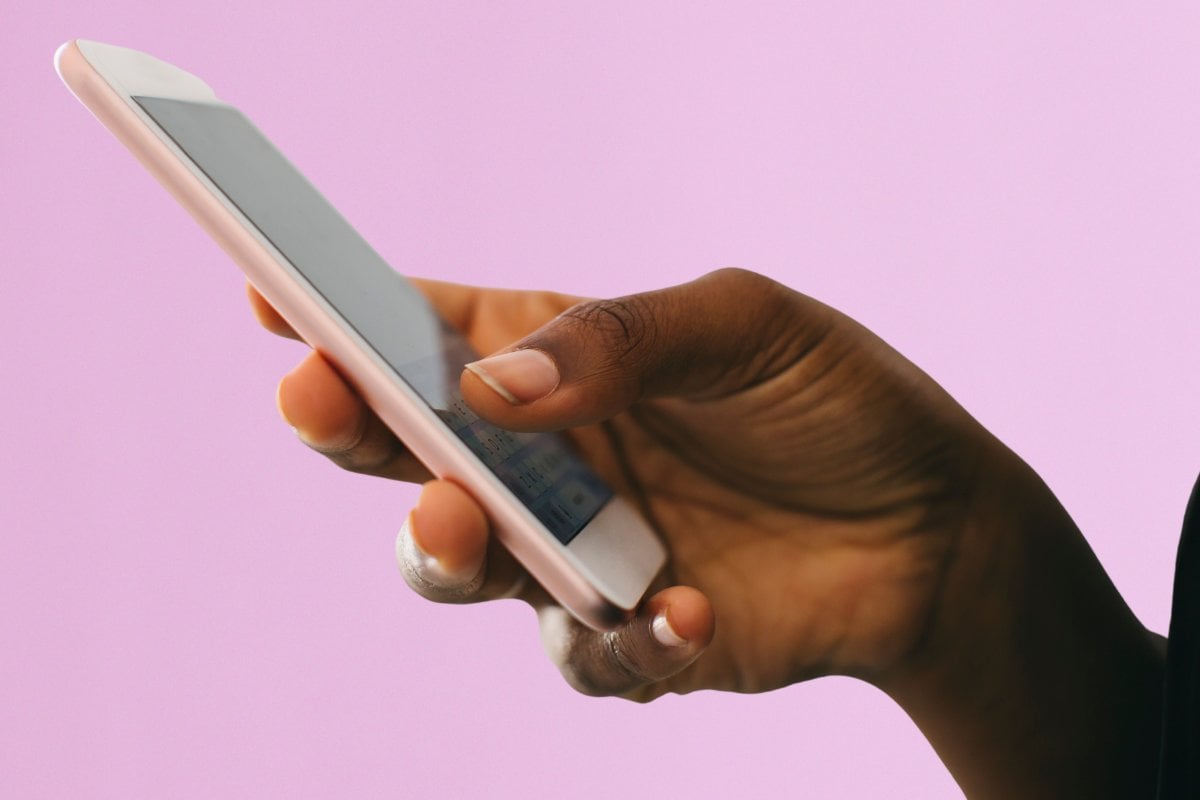 This morning, I saw a memory on my social media feed from ten years ago.

It’s a selfie with me and a boy, Zach, sitting on the floor of a bookstore. We are both grinning from ear to ear and I remember feeling so incredibly happy… even though Zach was the most emotionally unavailable man I’ve ever tried to pursue.

I met Zach during my first semester of college when my friends and I would have lunch at a local restaurant.

Side note: Here are our relationship deal breakers. Post continues below.

This particular day happened to be my nineteenth birthday, and our server was incredibly cute. I couldn’t stop staring at him and I whispered to my friends that I thought he was attractive.

When I left the restaurant, I was surprised when the cute server ran up to me, handed me a bag without a word, and ran back inside. I found out later that my friend had told him it was my birthday. Inside of the bag was a chocolate chip cookie along with his number and name, which was Zach.

I was completely infatuated with Zach. He was unlike anyone I had ever met or dated before. He was a nomad, well-traveled, older than me, and emotionally unavailable.

After a couple of dates, Zach began to disclose details of his past and I learned why he seemed so closed off.

He had been engaged to the love of his life when she cheated on him and eventually left him for another man.

Since then he hadn’t allowed himself to be in another relationship and he was closed off to the idea of one because he was terrified of getting hurt again. That should have been a huge warning sign, but I didn’t care because being around him was so intoxicating.

For the next six months, Zach would appear at my apartment when he felt like it and we would spend multiple days together.

Then, he would be gone again and wouldn’t answer my calls or texts. Patiently I would wait and eventually he would appear again.

It was exhausting and stressful but I still didn’t care. I wanted to show him that I was different and that I wouldn’t hurt him the way that his ex did.

Convinced that eventually, he would come to his senses, I continued to show him how great of a partner I could be.

One night a group of us went out dancing, Zach included.

I was incredibly excited for him to meet all of my friends and he was absolutely charming with them. All of us had a blast, and I thought that finally we were going to take our relationship to the next level.

We went back to my apartment where I wrapped my arms around Zach’s waist, and for a moment he rested his chin on my head. Before I could stop myself I whispered that I loved him.

Both of us froze.

Zach slowly untangled himself from my arms and stepped back, pure panic in his eyes.

I knew at that moment; I had lost him. I had crossed the line. I had let my true feelings slip and we could no longer pretend that I was okay with playing the game that we had been carrying on with for half of a year.

Zach spent the night but I knew that it would be the last time, and I was right. After that, he no longer returned my calls and I knew that whatever we had was over.

The last time that I ever saw Zach was at a house party with mutual friends.

By that point, it had been almost three months since the last time he had called me. I had tried dozens of times to get in touch with him to no avail. I was no longer waiting for him or naively believing that we would end up together. By that point, I was simply angry.

When I saw him at the party, I asked if we could chat in person. He led me to his friend’s bedroom. Before I could say a word Zach began rattling off excuses as to why he hadn’t called me and why he just wasn’t ready for a relationship.

For the first time since I had met him, I finally saw him for who he was.

This was a man who didn’t want to commit to anything.

Zach was only part-time at his restaurant gig. He didn’t want to commit to a lease so he would crash at friend’s houses. He blamed a relationship that had gone sour as a reason to never open up to anyone else again.

At the time it happened I didn’t understand why Zach couldn’t open up his heart to let me in. I could have given a thousand reasons as to why he could trust me, and yet it didn’t seem to matter.

From what I saw and heard through several mutual friends over the next couple of years Zach continued to float from house to house and didn’t seem to change any of his habits… but I did.

After that experience, I never tried to convince someone else to love me or believe that my love would be enough.

Carrie Wynn writes to provide education on what emotional and narcissistic abuse looks like, how to cultivate a healthy relationship, and how you can work to realise your self-worth. You can find her on Instagram, or her blog here.

Reply
Upvote
That man will remain in his mental prison for the remainder of his life. He never had a choice.
mamamia-user-482898552 24 days ago