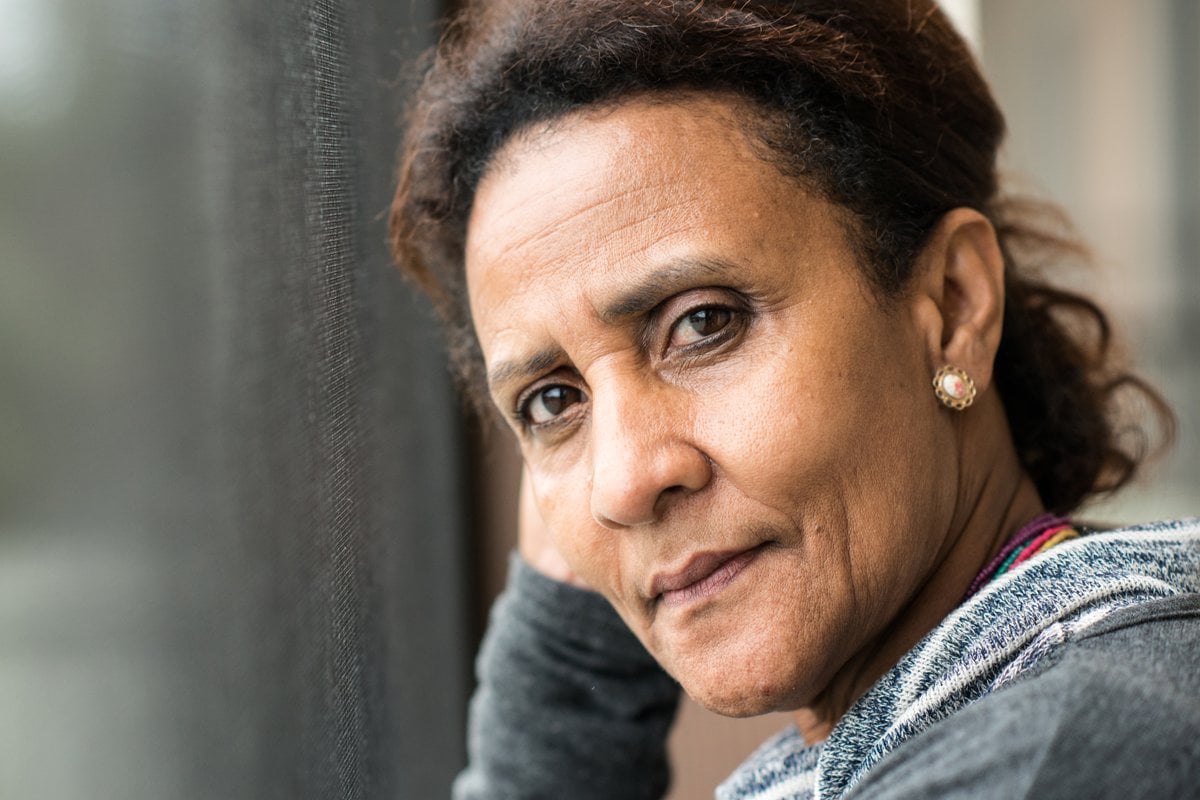 This post deals with emotional abuse and may be triggering for some readers.

About one in five people live with the long-term impacts of childhood trauma. I don’t know what your trauma looks like. I know what it's like for me. For me, it feels like having no safe harbour as a child causes wild and stormy seas for life.

I’m 50 now, and maybe making some progress. Some of the people I follow on Instagram talk about their long hard road to recovery. Usually, they’re in their 30s. Here I am, at 50, still struggling almost every day with some aspect of it.

I wasn’t sexually abused. I feel like that’s what most people think of when you say abuse. But abuse comes in many forms and sometimes it is not ‘big’.

For me, my mother took every possible opportunity to lay the blame for her anger on me. Her anger was palpable. I’m ugly, fat, the one with the wrong colour skin, the least deserving.

I’m not what I should be. These labels bear no relation to what I actually look like or who I am – I know now they were an expression of the betrayal of her expectations of the way her life should be.

My mum once told me that my dad and the doctor had conspired to swap her birth control pills and my birth was a mistake. She clarified that no, I definitely wasn’t an accident… I was a mistake.

Many of the things she said and did, I’ve blocked out. It’s a protective thing your mind does. I still do it – float off somewhere else when things are hard for me to work through.

I’m being very simplistic in my explanation here because each situation is really complicated and there are usually multiple factors in play.

My dad really struggled with anger management. He did not hit us but his anger was physical and there were many holes in the wall at home. He stood by and let our mother say really horrible, awful things. Over and over and over. He sometimes tried to make things right but he wasn’t present enough, often enough, to make a difference.

So, as I said, I’m now 50. And this Christmas was the first since I separated from my husband and the first one that my kids have experienced where we are not in the same house. Yes, my issues contributed. So did his. Including how he did not notice how much I struggled.

I stayed over on Christmas Eve and hoped I would make it through to Boxing Day but I really couldn’t. The pressure built in my head throughout the day. The pressure in my chest that I used to think a loving family would fill expanded with the pain inflicted by my difficult childhood and adult liaison with my parents and my sister.

I walked through the day with a physical ache in my chest and head. It feels like flu but this ache is grief. Sometimes it affects my stomach. I try to smile through the pain or ignore it but around 6pm on Christmas Day I couldn’t take it anymore. I had to leave. I could see my children in their own grief as I went. I sobbed all the way home. I want to be held like I held my own children when they cried (or still cry). I want to know what it's like to have the support of someone who cares for you unconditionally.

Listen to Kee Reece talk about being estranged from her parents on Mamamia Out Loud. Post continues after.

Sometimes I wonder if I can just stop, maybe I’m ‘just’ feeling sorry for myself. I don’t know if it's possible. I know I don’t want to live like this anymore.

The only thing I do know is if you know and care about someone who you think may have suffered some kind of trauma, just be nice to them. Don’t judge them. Try to make it clear that you aren’t judging them and also that you like them. Make it clear that they are enough as they are. Don’t assume they know. Because they have convinced themselves in every single possible way that they aren’t enough, that everyone hates them and that they are awful people. You will have to do this over many times before they believe you. In their worst moments, they may need to know all over again. And again. This could be a lifelong conversation. It won’t be every day. But you need to know that you may have to revisit your kind words when things get bad for them.

Maybe they are being a drama queen. In which case, they will be relieved to know that (unless they are a narcissist, in which case keep walking). But maybe this is an ongoing seriously impactful part of the less than ideal upbringing they had. Reading a little and being thoughtful in your words and actions will mean more to them than you will know. It's not really a lot you need to do, just a little every so often.

For more information about childhood trauma, see The Blue Knot Foundation. Finding this organisation finally helped me understand I wasn’t alone. Except for days like today.

Reply
Upvote
" Because they have convinced themselves in every single possible way that they aren’t enough, that everyone hates them and that they are awful people. "
Despite many physical things that now plague me from my childhood, if someone could just fix that one thing, my confidence, maybe I could be happy, rather than chasing an illusion through coping mechanisms. That lack of confidence leads to bad jobs, bad career paths, bad relationships, difficulty in parenting (especially when you have no proper role model for it). Broken bones heal, confidence though, .... that one is so very hard to create.
emoji lady a month ago

Reply
Upvote
I wish this was spoken about more, my relationship with my mum and family is extremely difficult, I haven't spoken to my only sibling a brother for over 11 years, the abuse that I went through from my brother was  constantly disregarded and ignored by my mum is horrific. If the same knowledge of abuse existed back then I would have been able to get help.
My relationship with my mum has never been close. Through my adult life, I have learnt to protect myself, by keeping an emotional distance and expect nothing from her. This is extremely taxing on me, mum is needy and jealous and has quite literally removed any bad moments from my childhood and therefore expects that we are a normal happy family.
Now I am in a better place now, but I still have to navigate through times like Christmas where my mum wants all the family together, as I refuse to have anything to do with my brother I am blamed for my mum not having the picture perfect family, each Christmas generally includes abuse by my mum and threats of suicide by both of them. So when people ask how I spent Christmas, I simply say we had a lovely Christmas at home.
News
General
Opinion
True Crime
Politics
Sport
Explainer
Entertainment
Celebrity
Reality TV
Movies
TV
Books
Rogue
Royal
Lifestyle
Beauty
Fashion
Weddings
Home
Wellness
Health
Fitness
Travel
Food
Parents
Before The Bump
Pregnancy
Baby
Kids
Teens
School
Parent Opinion
Work & Money
Money
Finance
Career
Lady Startup
Relationships
Sex
Dating
Separation
Friendship
Family
Real Life
Couples