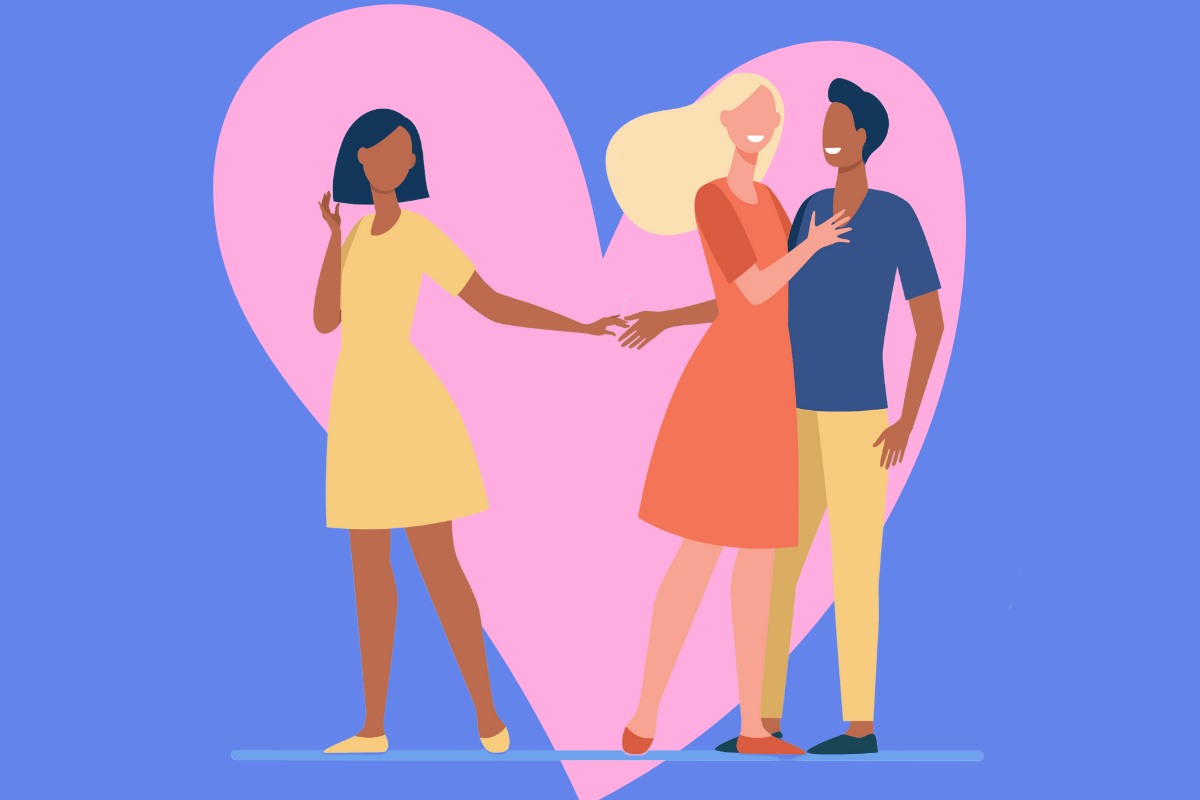 Heartbreak sucks. Breakups suck. But what perhaps sucks most of all is being cheated on in a monogamous relationship.

It's a super crappy feeling many of us have encountered in our life. But often it's the case that partners have been physical in their cheating, rather than purely emotional.

To unpack the idea of emotional cheating and what it is like to experience it, we asked 11 women to share with us the moment they found out their significant other was emotionally cheating on them.

Watch: The difference between an emotional versus a physical affair. Post continues below.

"I caught my ex messaging some random girl I had never heard of. Via text, he was basically saying how much he missed her, that he loved her and felt 'a special connection'. It made me livid when I read the whole conversation. So when I spoke to him about what I had seen, he immediately started spouting some bulls**t about the fact he didn't even like her, she was ugly, she just wanted attention, etc etc. The fact he was so quick to downplay the emotional cheating was terrible, but the fact he then chose to throw her under the bus and speak about another woman that way: it showed me just how much of a loser he was, and probably still is."

"I found out my partner was on dating apps while we were in our nine-month monogamous relationship. I saw on her phone that a notification had popped up, and it said something along the lines of 'You have matched with Sophie. Be the first to message her'. Although my partner swore nothing physical had happened, it was still a violation to me: she had crossed the line." 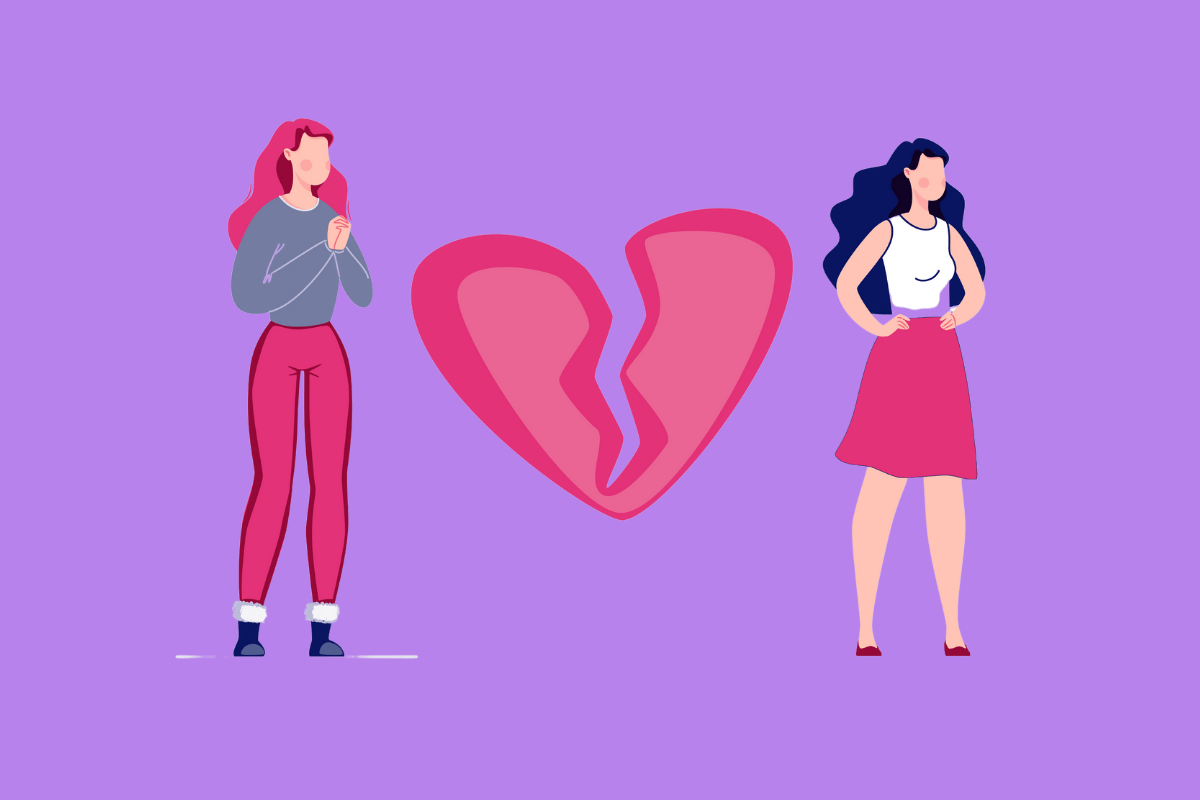 Image: Getty. "I found out that my ex-fiancé from many moons ago was emotionally cheating on me after I noticed that every time his phone rang, he would go out to the balcony to take the call. One day when I was waiting in the car, his phone rang and I answered it. It was a girl I didn't know and when I pressed for her name to take a message, she laughed at me and said something like 'I don't think you want to know, honey'. I confronted him when he got in the car and he too laughed at me and said he liked talking to her and waved it all off. A couple of weeks later I found out the emotional cheating had escalated to the physical. Needless to say, he's a f**kwit."

"As the story often goes, I found a text message thread between my boyfriend and a mutual colleague, as we all worked together at a business firm at the time. The texts weren't sexually explicit: rather it was more like 'I can't wait to touch you when all of this is over'. I can only assume 'all this is over' was referring to me. Yes, I read his phone, but given what I saw, I don't regret it. I decided to confront him over it, it was then that he said 'there are feelings involved', confirming what I feared to be true. He maintained he had not slept with her, or kissed her, but that sooner or later he might have if I hadn't of found out. Two years on, they're actually still together. Good riddance." 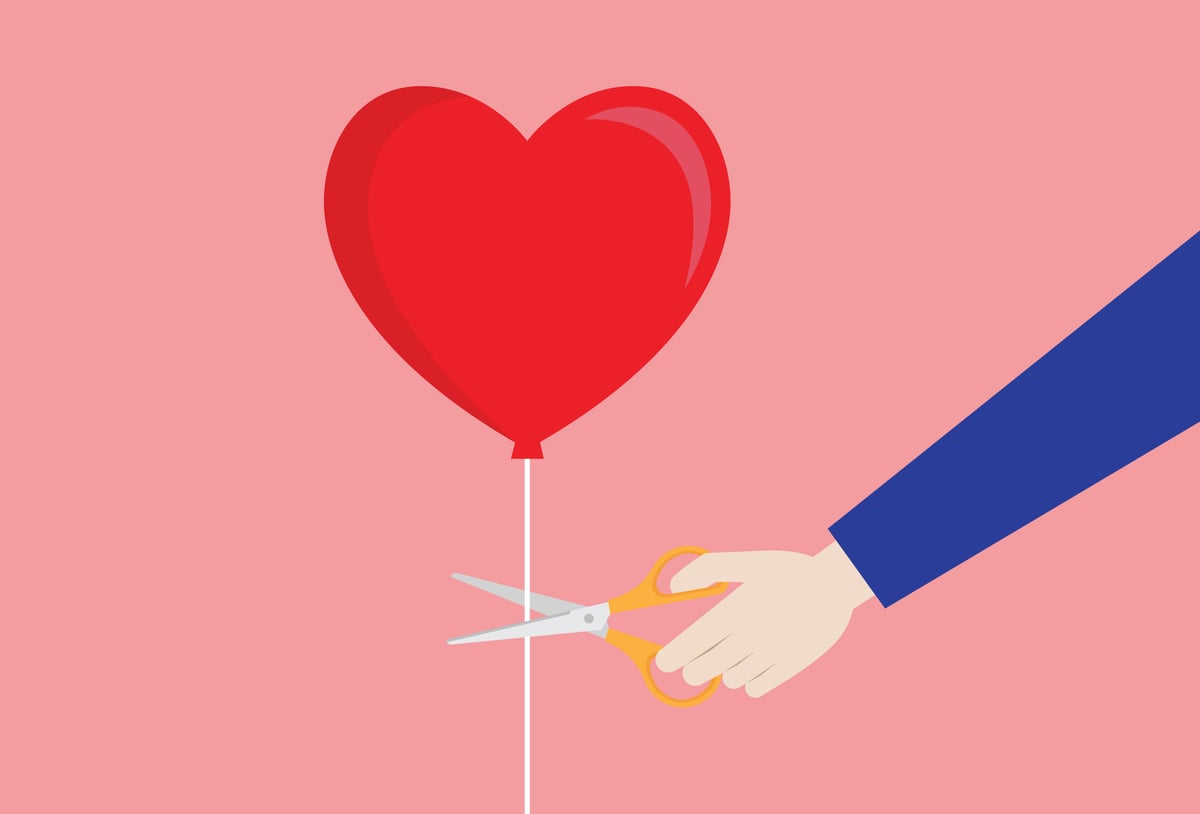 Image: Getty. "My husband of 20 years had decided to join Facebook for the first time in order to reconnect with family and old friends. I thought nothing of it at the time. But months later I would find out that my husband had reconnected with a former flame of his, the pair engaging in an emotional affair full of lovey-dovey email threads. When I came across the poorly hidden emails, it broke my heart. But honestly, many years on, I am better off without him. The ex-husband and this former girlfriend are now a proper couple."

"One late night after a few too many wines, I was in bed with my boyfriend and we were just chatting super openly, probably because we were intoxicated. I jokingly asked, 'so who's the love of your life?' I mean to be fair, we had only been dating for just under a year, but I figured he would laughingly respond that it was me... Hahaha: it wasn't. He said he still thought 'there was something there' with his ex before me. I think in his mind, he may have been potentially thinking about cheating on me, or at least thinking he was done with me. Once the two of us sobered up the next morning, we had a big proper chat and realised our relationship probably wasn't meant to last if this was his thinking."

"As most toxic relationships go, my boyfriend and I were in our 20s and regularly on and off. But during one of the 'on' periods, I found out he was still in contact with a sexual partner he had been with during the 'off' period. He swore he hadn't done anything physical with her though: but he had sent a dick pick... In my circumstance, as soon as we had decided to become a couple again, I had stopped all contact with a guy I had been sleeping with, just out of respect for my boyfriend. So the fact he didn't show the same level of respect, it really irritated me." 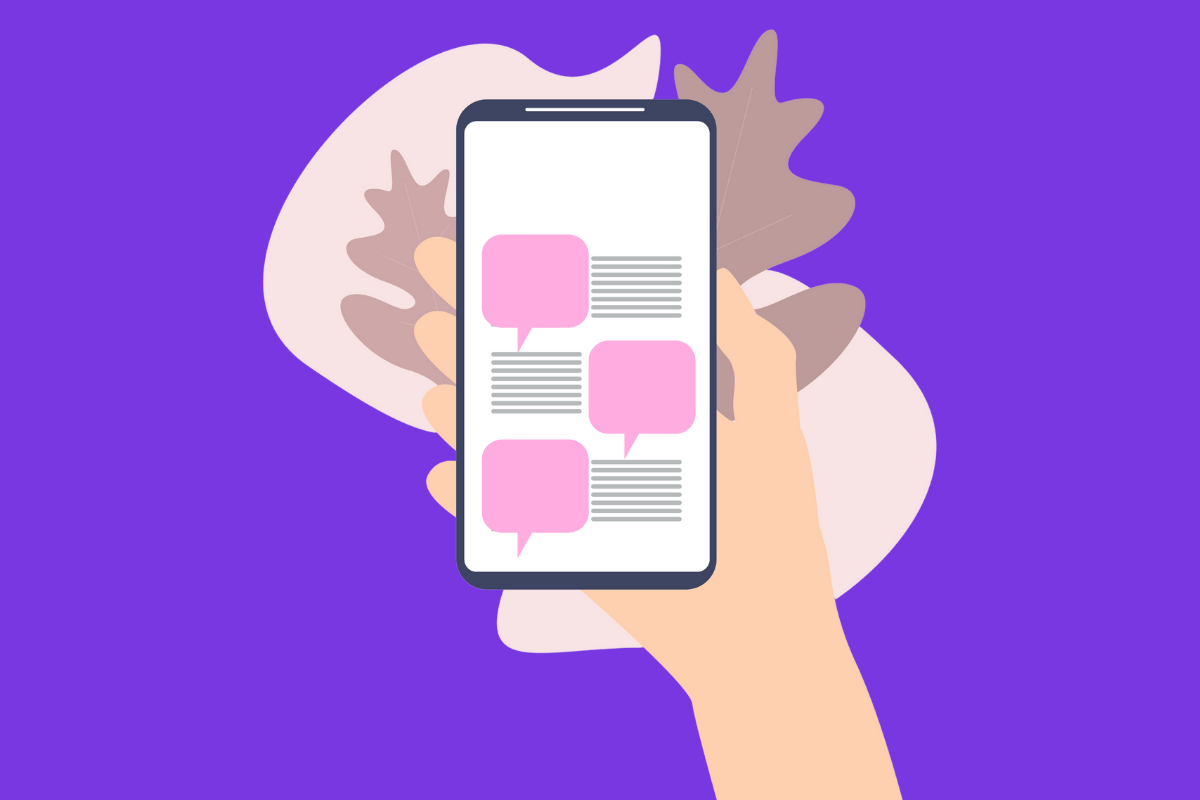 Image: Getty. "The guy I was seeing was seeing someone else while we were together. Yes, nothing was exactly exclusive between us then, but I thought we had something really special. We were out with mutual friends for a night on the town, when we all bumped into this girl he was still seeing. At the time I didn't know there was someone else in the picture, but as soon as I saw them together my heart broke. The way he laughed at her jokes that night: it was a dagger. Honestly, I'd rather he had kissed her, because for some reason the laughing with one another felt more personal."

"My husband of 19 years, has emotionally cheated a few times. The first time, I caught a comment he made to a female on Facebook saying he loved her recent Facebook picture and would love to caress her arse. When I confronted him he cried and said it was nothing. Fast forward five years on and while updating the family iPad which was linked his iCloud, it installed Snapchat. I clicked on the app and it immediately popped up with three different women he had been snapping. He has convinced my teenage daughter that it was all in my head. But I just keep the peace and get through the day. And pray Karma is a real thing."

"I checked out of the relationship with my boyfriend of six months at least four or five months in. Clearly we weren't in it for the long haul, but with hindsight I can see it should have ended sooner. I later learnt that my boyfriend began speaking to old flames of his, and flirting with the idea of meeting up with them at a bar or for a coffee. I do consider it emotional cheating, as he was toying with the idea of starting or rekindling something new." 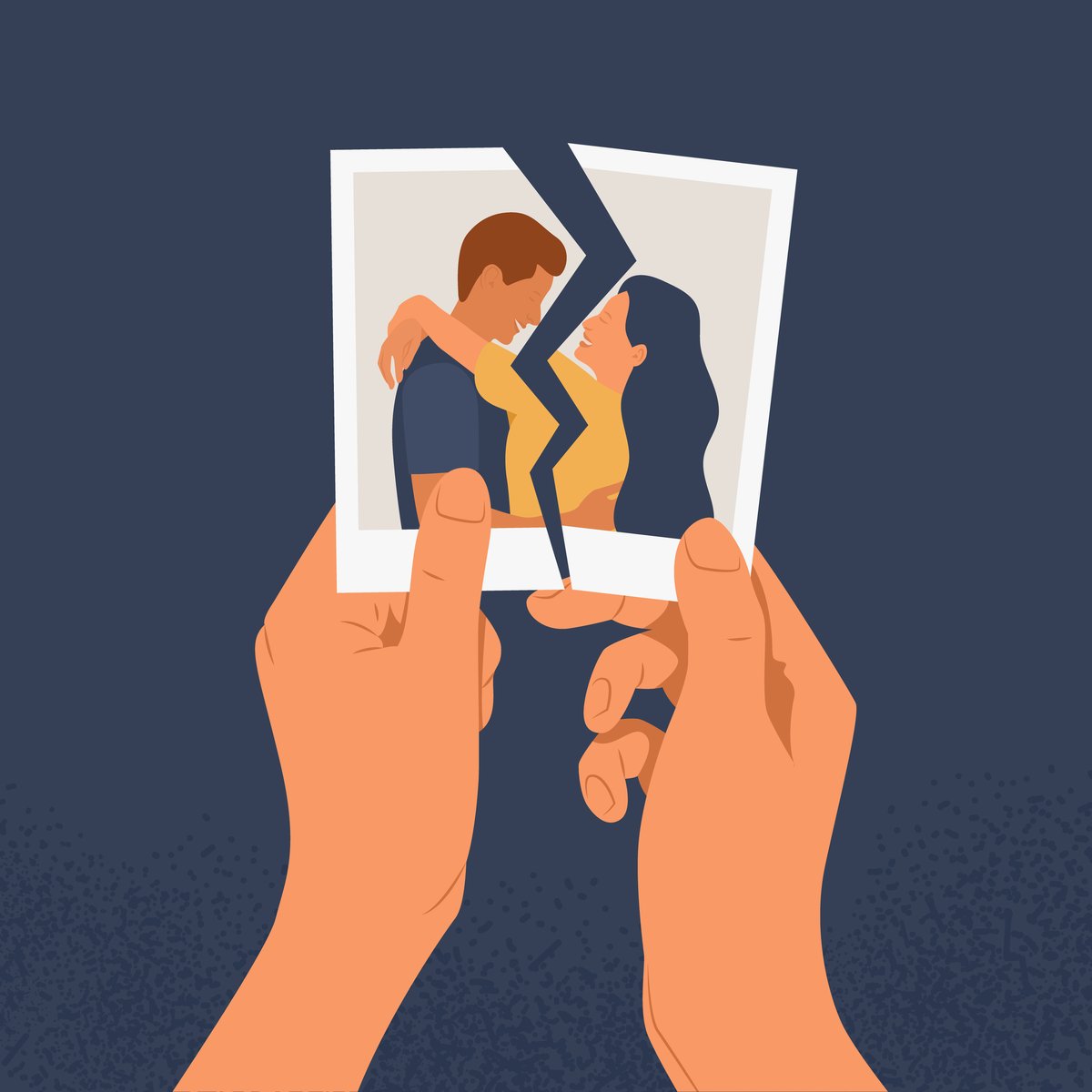 Do you have an emotional cheating story you'd like to share? Let us know in the comments, or email us at [email protected]