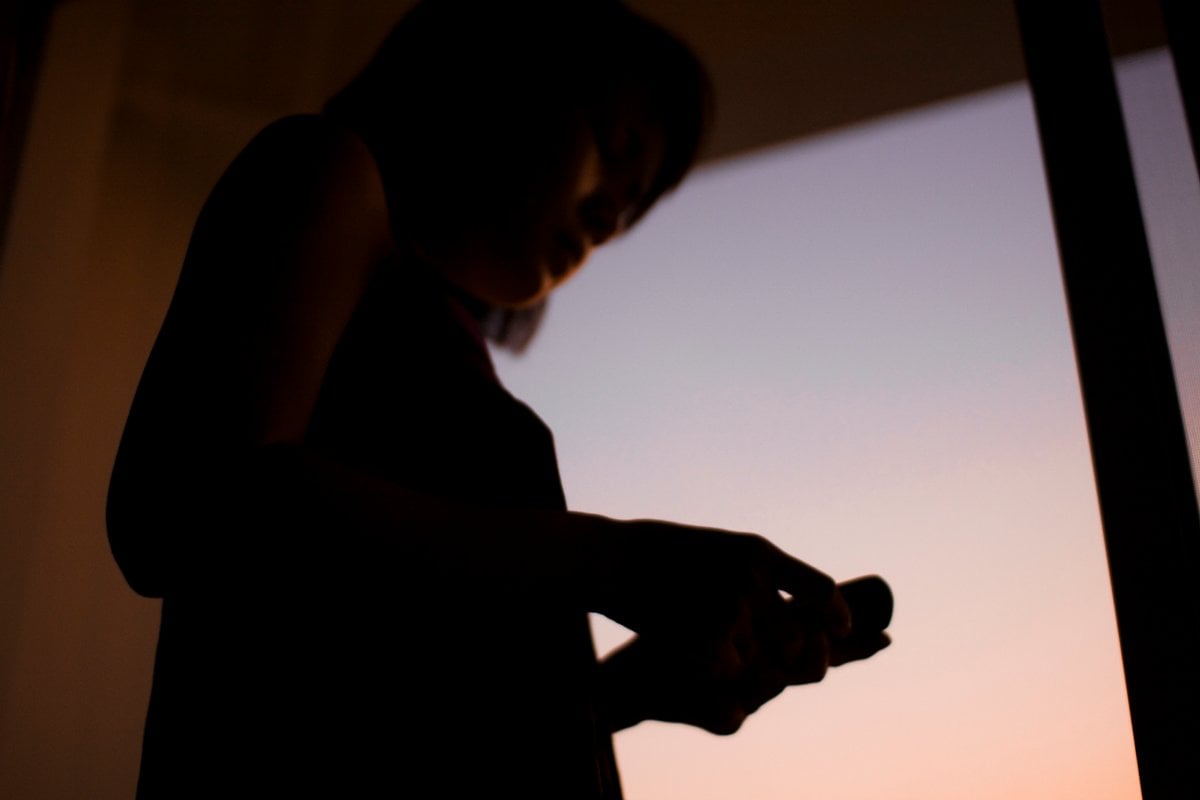 This post deals with abuse and might be triggering for some readers. If this post brings up any issues for you, or if you just feel like you need to speak to someone, please call 1800 RESPECT (1800 737 732).

I knew this evening all too well. No, it wasn’t deja vu, it was something much more confounding. It was a nightmare I had lived and dreamt of too many times.

I was about to spend an evening fighting and crying with my husband. I felt it coming. He had a therapy appointment earlier that day and it didn’t go well, meaning the doctor didn’t prescribe him an amphetamine.

Whenever a doctor didn’t give him Xanax or Adderall, he claimed they didn’t know what they were doing, calling them “hacks”. He would never see them again. He would never take any advice they offered as valid.

We’d been through this over and over, trying different therapists. I was lucky If he saw anyone more than once.

Eventually, he would quit altogether until the next time I threatened to leave, convincing me it was me who needed the help. He’d then go about his life, residing within the same delusions of grandeur as before.

Our fights were violent. What would begin with yelling and cursing would most certainly evolve into physical violence.

The physical abuse was usually self-inflicted - he would put me in scenarios where I had to behave a certain way or risk him banging his head on the wall repeatedly, cutting his forearm, or throwing himself down the stairs.

Hurting himself was the punishment he gave me for not “being good enough”.

Going down the stairs was a favourite of his, and it was composed of multiple layers of emotional abuse.

See, not only did he sling himself as fast as he could down a full flight of stairs, but he would also be completely still at the bottom. He would not move even after I approached him.

What type of person would I be if I didn’t check to see that he was okay, that he was breathing, that nothing was broken?

Inevitably though, no matter what kind of show he would put on, he would be perfectly fine, and he would try to shame me for my delayed response. He could have been dead. Did I not love him?

I know it probably sounds stupid, but to be honest I would rather have experienced more physical abuse from him than endure this caustic emotional damage he was inflicting on me. It was unbearable.

When things got really bad he would get out a handgun. The ultimate tool of intimidation from such an impulsive and violent man, he didn’t aim it at me. Not this time anyway.

Listen: Mia Freedman speaks to Cathy Oddie, who took her experience from two abusive relationships and turned it into something good. Post continues after audio.

As was his tendency, he warned me not to call the police; he swore things would be much worse that way, that more blood would be shed. Terrified and familiar with his follow-through, I let him be; I did not call for help.

The last several times I tried to call the police he had overpowered me and shattered my phone anyway, and I needed it desperately — I had a little girl asleep in her crib at the top of the stairs.

The intensity of the screaming increased, the severity of the words worsened, every second felt like an eternity.

I felt like a failure; how could I protect my daughter if I couldn’t protect myself? After telling him, again, how I was planning on leaving, I looked up to see the handgun lodged deep in his mouth, his eyes crazy, darting around and looking at everything as if they could focus on nothing.

This was far from the first time I had seen him in this position. This is a sight you cannot unsee.

Usually, he would remove the gun and run to the woods we had in the backyard. So many times I would chase him, crying out for him to put the gun down, and eventually giving in to whatever his demand was.

Okay, I would give in, we would hug and walk inside  - anything for the safety of my daughter.

This time was different.

Yes, I screamed for him to remove the gun from his mouth. Yes, I instinctively reached for my phone. Slower than him, he got to the phone first and stomped on it.

We had no neighbours within earshot and I had no landline. He ran out to the woods with the gun.

I leaned back against the wall, I slid down until I was seated, nearly lifeless, upon the freshly mopped floor. I wondered, “what is the point of this all? of a clean house when such filth resides within it?” I gave up, and for the first time, I did not follow him.

I was about 99 per cent sure he wouldn’t actually shoot himself. Hurt himself? Sure. But actually end his life? No way. He had simply threatened too many times. So I sat there in silence, racking my brain for what to do next.

What would transpire when he came back in? In didn’t matter this time because tonight, he didn’t.

Then I heard it, it was a little “coooo” coming from upstairs, signifying the end of a nap. I began to stand but was interrupted by the intense sound of a gunshot.

He had never discharged his weapon during a fight before, not in the woods and not in the house. From my position, I tried to look out the window toward the woods but my view was blocked by his truck.

Instead of following, this time I went upstairs to my daughter and held her. I told her everything would be okay.

This time, I was choosing her. This time, I wasn’t going to chase after him, for I knew the danger it placed me in; he was unhinged. But this time, without my knowing it, I had actually left him outside to die.

I found a calm. I used it to find his mobile call the ambulance, still convinced nothing was truly wrong.

Moments later I heard the sirens. I heard the voices of a team of men and women. First organised, I heard their voices escalate and become frazzled.

An officer came to my door. The paramedic with him explained that my husband had been found down, passed out in a puddle of blood. A bullet had hit his head.

Many may be thinking this was the end of the abuse I received from him, but they would be wrong. It was though, among the last that I put up with.

Yes, it’s true he shot himself in the head but he did not do so directly. Instead, he aimed, nearly point-blank, at an old bowling ball and let the bullets ricochet until one essentially scalped him.

A lot of blood was lost but he was stabilised quickly and came back home, ready and more willing than ever to punish the woman who had “left her husband to die”.

What he didn’t know was that he had “numbed” me to his antics. The girl who started as weak and malleable had learned a lot, she had become a warrior of sorts, the type who was never manipulated by his violence again.