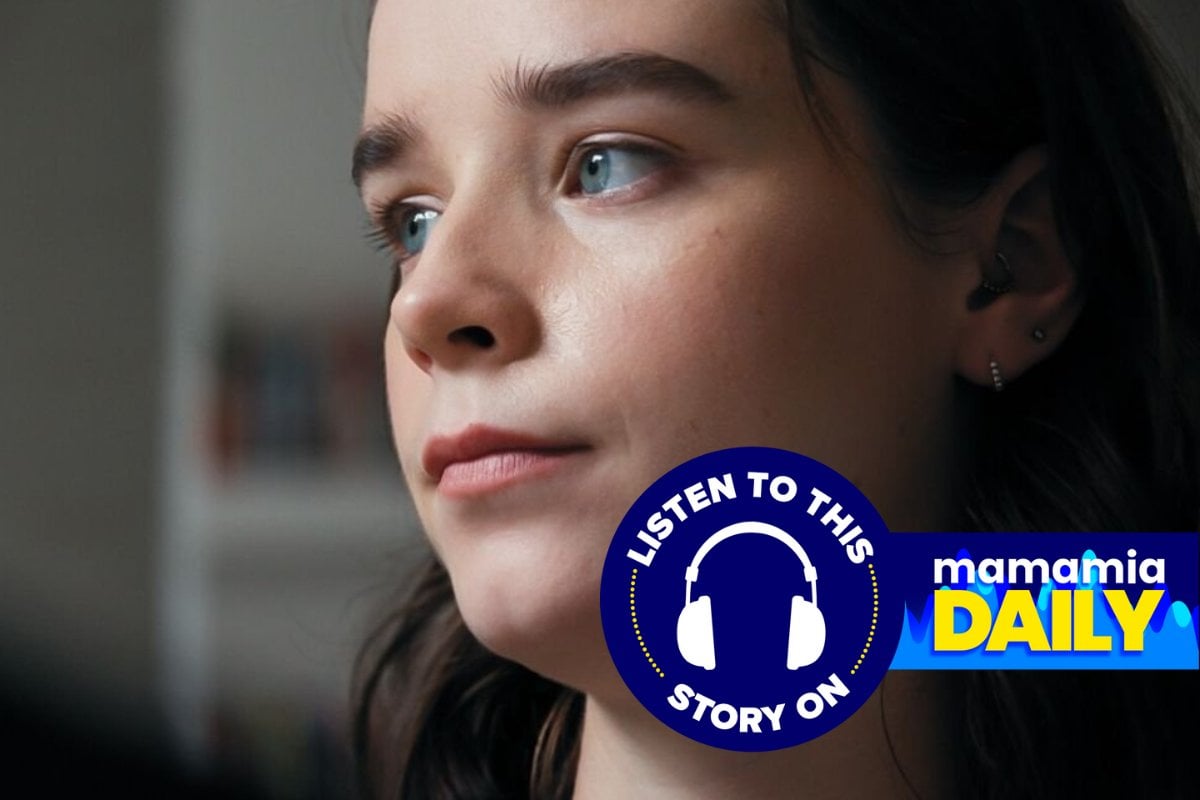 Warning: This post deals with child abuse and suicide and may be triggering for some readers.

If Emma Hakansson had 30 seconds to tell every adult in the world something, she'd urgently tell them two things.

Firstly, the children that you know and care about definitely could be sexually abused, and no one should assume that anything they do is going to stop their kids from being in contact with someone who's sexually abused children.

The second thing would be, that since the above is true, there's no one type of abuser.

"It's normally people who we trust the most that betray that trust and abuse children," she told Mamamia.

As a child, she didn't know what abuse was, but when she tried to tell her mum the woman in question was "weird," and that she didn't want to see her anymore, her complaints were brushed off.

Now 22, Emma says her mum often reflects on those moments.

"She says now that she knows that if I had been talking about a man, all of that would have set off such big alarm bells," said Emma.

"That was a blind spot for her, and there are so many blind spots like that, whether it's gender, the position someone holds in our lives, how much we trust them, how they look - we kind of have this archetypal idea of 'this is what a paedophile looks like'. But the people who successfully continue to abuse children don't look like that. That's why they're able to keep doing it."

Before Emma was abused, she was a little girl full of dreams and joy.

She wanted to be a gymnast, a vet, a singer, a graphic designer. She was happy and obedient and did what her parents told her to do.

"I was raised to be polite and respectful, and I nailed that... but it came at the expense of my safety," she explained. 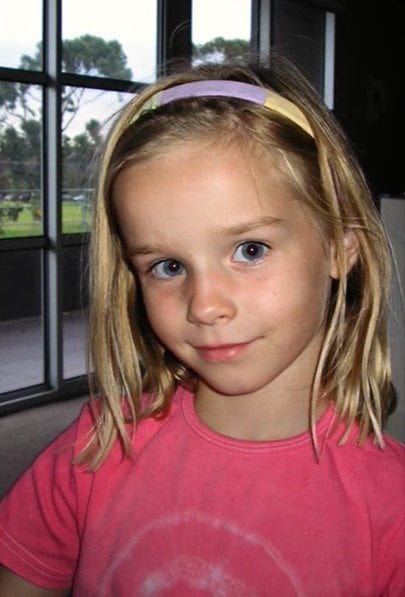 If Emma was being told that it was rude not to hug hello to someone who was extending their arms to her, what was she supposed to do?

If she was being told to always respect the adults in her life, what was she supposed to do when one of those adults betrayed her trust?

Like most victims of child sexual abuse, Emma was groomed by her abuser.

"The first thing that I remember, isn't the worst thing because of that. That's what grooming is, it's that escalation over time," she told Mamamia.

She does, however, remember feeling shock throughout her entire body. She didn't think that what was happening to her was normal, but she was confused.

"All I could think about was that maybe I was wrong, and that I didn't want to do the wrong thing. And so that turned into shutting off more and more and it got to a point where whenever I'd see her coming to get me... I remember it now as sort of like my brain turning off the lights as a sort of protective mechanism to just dissociate as much as I could to make it through."

Emma lived with it for years before telling anyone, and the trauma and pain she'd experienced manifested in depression, anxiety, OCD, suicidal thoughts and self harm.

Her mum watched as her once joyful, fun-loving girl, fell apart. Obliterated by something that was tormenting her so much it would leave her howling, unable to get out of bed. 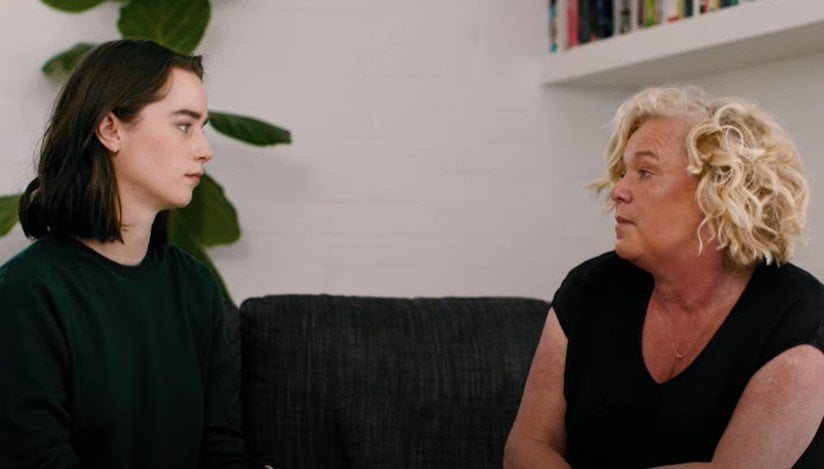 She'd been asked before if she'd been 'touched inappropriately.'

But Emma was a child, she didn't know what inappropriate meant.

She'd been asked if someone had hurt her.

But the woman hadn't hit her. Or yelled at her. Isn't that what hurt meant?

"There's so much complexity to the feelings and thoughts that come with being abused as a child. And I think that we do a disservice to kids when we use language that is too specific and too rooted in how adults talk rather than how kids talk and think," Emma told Mamamia.

She would eventually open up to her psychiatrist, who in turn told her parents.

"To say it out loud was just like the most vile idea to me. Talking about what had happened felt like having poison in my mouth," she said.

"I was terrified that she thought I was insane, and that I wasn't going to be believed by her."

"Too much of the burden is put on children."

Emma gives her mum a hug twice a year. Once on her birthday, and again on Christmas Day.

It's all she can handle.

She doesn't like people hugging or touching her, which makes intimacy with her partner particularly difficult.

At 22, she still struggles daily with the abuse she endured as a little girl, and talking to Mamamia she admits she can, "feel her heartbeat every time I have one of these conversations."

But she is also determined to make a change for the other children who will inevitably and devastatingly come after her.

Bravehearts suggests roughly five per cent of men and 11 per cent of women report having been sexually abused before the age of 15 years, according to 2017 ABS data. Half of those respondents were younger than 10.

Emma doesn't understand why the burden is still being put onto children to comprehend and understand something really complex so as to protect themselves.

It feels pretty obvious to her. Why aren't we asking the people who've experienced it, to help?

Through Emma's Project, an initiative the Australian Childhood Foundation is helping her bring to life, Emma has put the call out to survivors to share their wisdom to help build better prevention and support strategies.

Emma Hakansson is a young adult who, because of her experience, is driven to make a difference for the many children who continue to suffer through sexual abuse today.

This is Emma’s Project.

To kick-start the brainstorm, she's got some ideas of her own. The first, is a 'trust scale.'

She suggests getting all the adults in your kids lives and visually placing them on a scale from, 'I feel so happy and comfortable, I love this person' to 'I never want to see this person again.'

"If you're consistently checking in with your kid where different people sit on that scale, if something changes, then that's a way that you can talk about that and explore that...and it might not be abuse, it might be the teacher was a bit mean today or whatever. But it allows for more conversation about who trust should be given to, and that trust needs to be continually earned, not just something that is given based on someone's position or proximity," Emma explained.

Secondly, she thinks families should have a codeword. Something light and approachable, like 'sandwich' or 'wizard.'

"That [codeword] effectively means something is happening. It's big. I don't know how to say this to you because it's a mix of feelings that I can't articulate, but I'm giving this weight to you now... this is your problem now."

Emma thinks if she'd had tools like these, perhaps she would have been able to articulate to her parents sooner, what was happening.

"I didn't say anything, because we didn't have that shared language," she said. 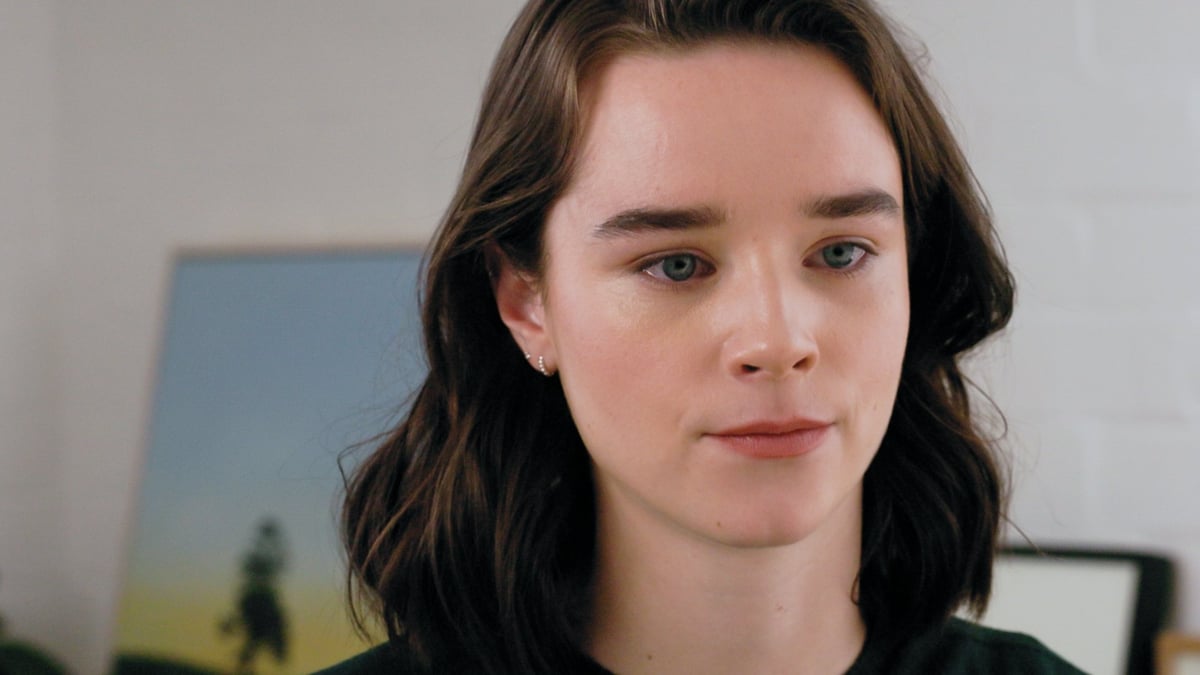 Emma is determined to change the narrative for other children. Image: Australian Childhood Foundation.

Watching the reckoning against violence against women and children erupt in Australian media and society over the past couple of years has been exhausting, re-traumatising and empowering all at the same time.

"I think that it's so important that children aren't erased in conversations with people who very intentionally want to advocate for children, because children can't have the conversations themselves.

"It’s critical that all adults don’t make assumptions around what will protect their child from abuse, but that they learn from survivors firsthand.

"This campaign was born out of the need to transform a system which currently is failing to protect children from sexual abuse," she said.

Emma knows what could have kept her safe, and she is confident her ideas are only the start.

She's hopeful the wisdom of survivors will be able to help future children - your children - from going through what she went through.

If you would like to be involved in Emma's Project, you can find all the information and the anonymous survey here.

B
beachhouse84 5 days ago