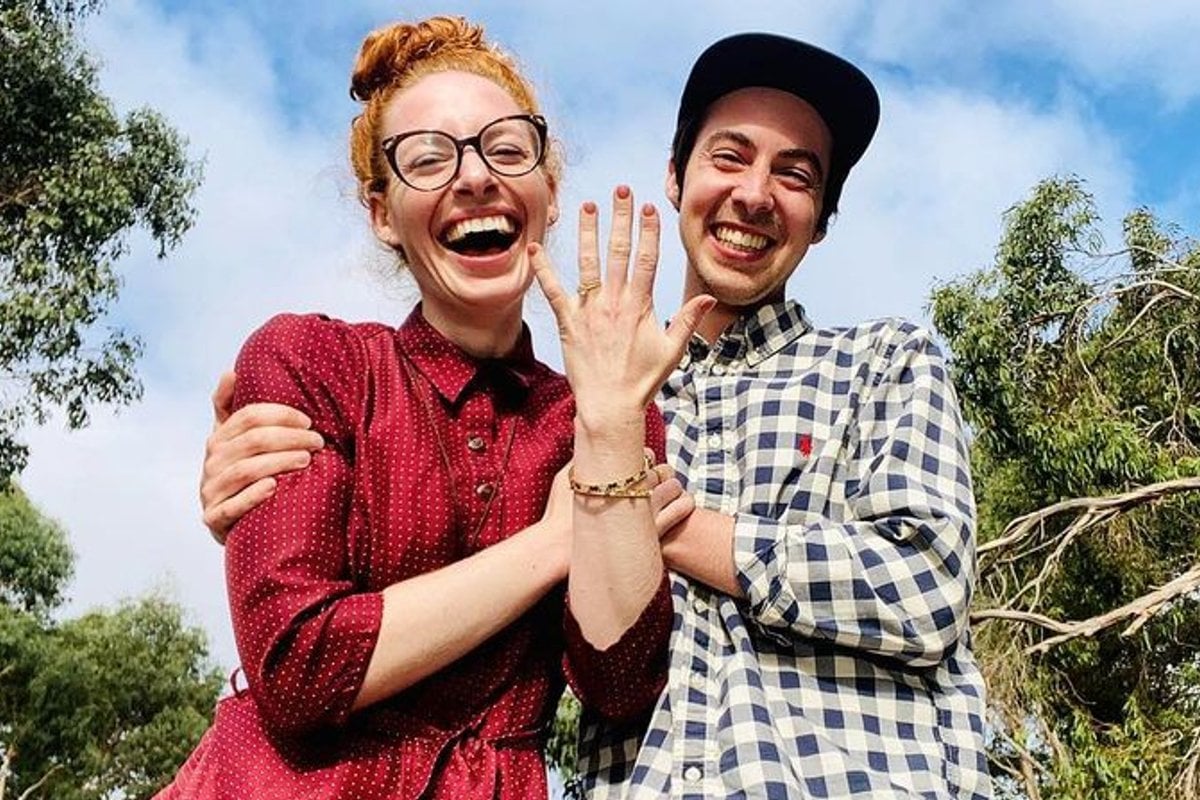 The 31-year-old shared the news on Instagram on Monday night, posting a photo alongside Brian, who often performs guitar and banjo with The Wiggles.

"When life gets more sparkly," she wrote.

Watkins first confirmed her relationship with Brian in an interview with Stellar in December 2019.

"Yes, I'm in love," Watkins told the publication, describing Brian as her "opposite".

"He’s a very calm and thoughtful person and I’ve always been interested in his mind and his take on life, and his morals," she said.

Before dating, Watkins and Brian worked together in The Wiggles for four years.

Prior to her relationship with the musician, the Yellow Wiggle was married to Purple Wiggle Lachlan Gillespie.

Watkins and Gillespie dated in secret for two years before publicly confirming their relationship in 2015, shortly before they got engaged.

After two years of marriage, the couple announced their separation in August 2018.

"We have, and continue to share, the most beautiful life together, but we wanted to let you know that privately for the last six months we have been navigating through a trial separation, and we have made the decision to separate as a couple," Watkins shared on Instagram at the time.

"We have embraced this as a very positive change in our relationship. Our incredible friendship has been strengthened throughout this time and what we have discovered is that, more than ever, first and foremost we love and adore performing as Emma and Lachy in The Wiggles and having the privilege of celebrating this happiness with extraordinary families around the world."

Since then, the pair have remained close friends and colleagues.

Speaking to Stellar in 2019, Watkins shared that she doesn't regret her marriage to Gillespie.

"That was beautiful and we would never take that back because it was such a beautiful representation of our relationship and our friendship," she said.

Gillespie is engaged to Dana Stephensen, a senior artist for the Australian Ballet.

The pair first met while recording a ballet segment for The Wiggles.

"At the end of our summer holidays, I walked into the most beautiful surprise – a room filled with the most incredible flowers and Lachy singing at his piano and then asking me to marry him. It was such a surprise and so special," Stephensen shared on Instagram in April 2020.

"It was something very meaningful for us to both have the opportunity to propose to one another, each in our own way. Last week, with the most beautiful (and excited!) little boy by my side in a special bow tie, it was our time to ask Lachy our special question – and it was so, so wonderful."

Stephensen also has a five-year-old son, Jasper, from her former marriage.

"Life with newborn twins is brimming full but we already can’t imagine life without them in our arms," Stephensen shared on Instagram in October.

"So, so grateful for the beautiful man by my side each and every step of the way, @lachy_wiggle our children are so very lucky to have you as their daddy."