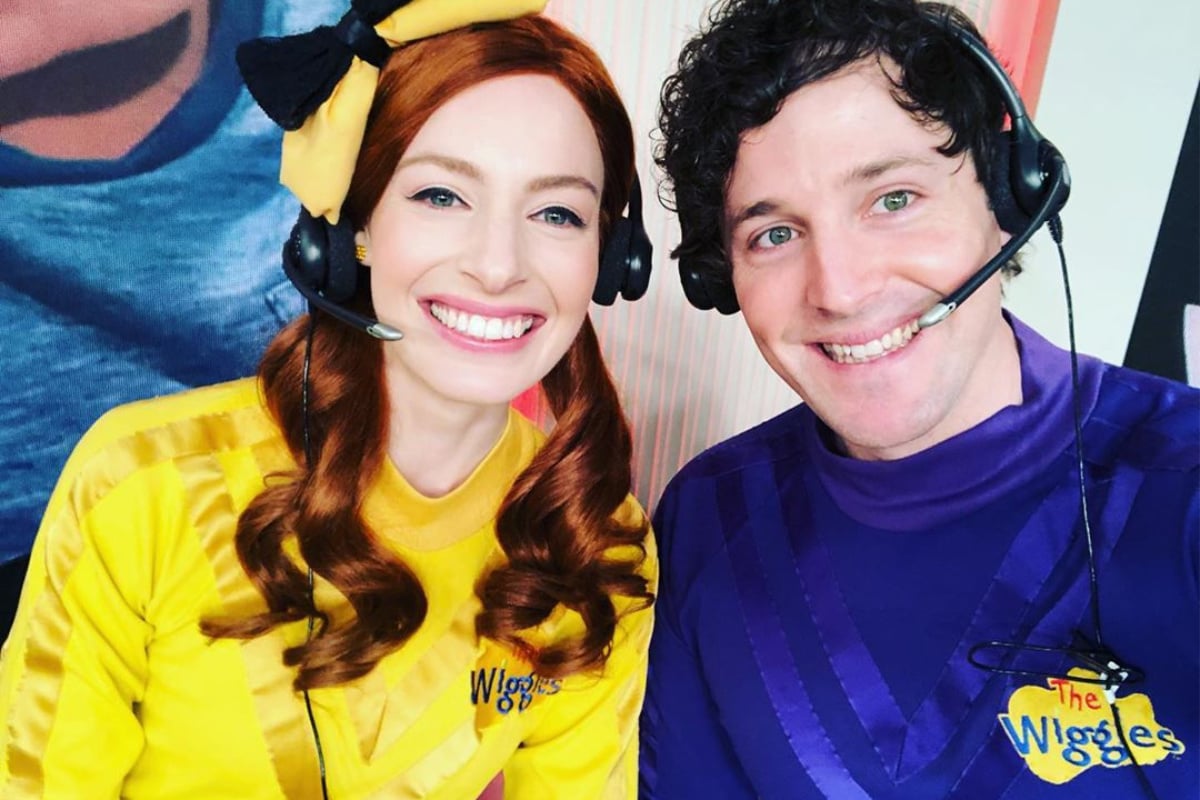 1. Why The Wiggles' Emma Watkins and ex-husband Lachlan Gillespie spent isolation together.

Amid the COVID-19 pandemic, The Wiggles' Emma Watkins and her ex-husband Lachlan Gillespie have been self-isolating together.

The couple, who first met in 2013 when they both joined the children's singing group, married in 2016, before amicably parting ways in 2018.

Since then, they have continued to work together professionally.

When speaking to The Australian Women's Weekly, Emma shared that since families are at home together, kids need entertainment. And therefore, all four Wiggles have been isolating together in their Sydney studio to continue creating content.

"Parents are juggling being a teacher, a chef and a parent," Emma explained.

"Around the world, we have parents asking, 'Please make more content!' And it makes you think, we're responsible for providing entertainment at the moment, so we'll just keep going."

2. "I haven’t been out that much." MasterChef's Melissa Leong on finding fame amid COVID-19.

While we have all made it very clear that we love and adore new MasterChef judge Melissa Leong, she hasn't exactly experienced her newfound fame just yet.

It was pointed out to me that I look like boba tea tonight. As an Asian, this thrills me to no end.

While speaking to TV Tonight, she explained that since everyone has been at home, she hasn't really had the chance to experience her new, more publicly-known status.

"I guess with COVID being what it is, I haven’t actually been out that much," she explained.

"With filming, every single one of us – cast and crew – have been very careful to only be doing the responsible thing and minimising the amount that we go out. So for a number of months, all I was doing was going from home to work and occasionally dropping into the shops and that’s about it.

"I haven’t actually had much interaction with our wonderful audience in a public setting in that regard yet."

However, she did explain that during a quick trip to Sydney recently, she had a lovely run-in with a few fans.

"It was lovely to run into people and have them say how much they love the show and that we do bring something new and different to this much-loved juggernaut. So it’s deeply flattering and it really does make us so happy."

3. "It was insane." MAFS' Martha on watching the raw footage from the last season of the show.

It's been over a year since Martha Kalifatidis graced our screens on Married At First Sight and famously poured wine on another contestant.

Now, the makeup artist and beauty influencer has shared what she really thinks about the latest season of the show.

Speaking to Nova 100’s Chrissie, Sam & Browny this morning, Martha explained that she watched clips of the new season for a segment she filmed for Channel Nine, 'Martha's Red Wine Moment.'

"I'll probably get in trouble for saying this but you know me. We got to see the raw edits, like things that hadn't been edited out yet, so we've seen some things on there that were like... oh, it's a good thing they didn't go to TV," she said.

"It was insane. It was okay, I didn't love it. You know what that's probably what people say about me and my series."

Martha also told the radio hosts how she was discovered for MAFS while she was working at Mecca.

"I was just working, these two ladies walked in, I thought they were customers, so I started serving them, and we were just having a chat, and then they were asking me, 'Do you know any good restaurants around Bondi?', I'm like, 'No, I just moved here, I don't really know anywhere,'" Martha said.

"They were like, 'Did you move with your husband?' I'm like, 'No, no, I've been single for 10 years.' They were like, 'What, you need to go on this show' and the dropped the MAFS card. I told them, 'It's not for me.' But one of the boys I work with, he gave them my number. Then the rest is history."

Following her time on the show, Martha has continued to date her on-screen husband, Michael Brunelli.

Just walked off yesterday’s pasta.(rushing home to have more tho...)

US Weekly confirmed the news earlier today. However, exactly when Williams gave birth and the sex of the child still remains unknown.

In December last year, it was reported that the couple were expecting their first child together. The former Dawson’s Creek star secretly married the Broadway producer in a private ceremony in March, after they both worked together on the FX series Fosse/Verdon together. 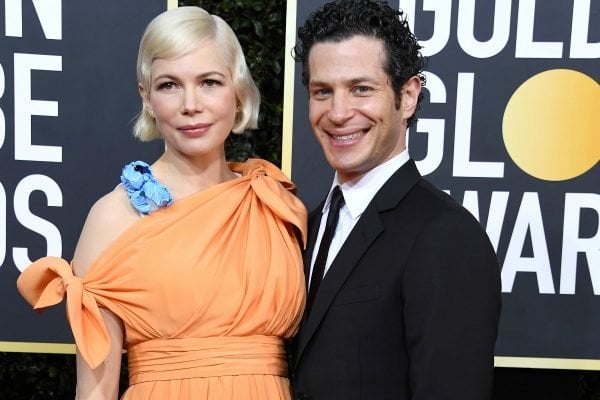 While the child is the first for Kail, the 39-year-old actress is already a mother to 14-year-old Matilda, who she shares with the late Heath Ledger.

Congratulations to the newly married couple!

5. From a brutal breakup to a new 'Paradise romance': Everything we know about Timm Hanly.

We need a little sunshine in the world so... let's talk about Timm with two ms. 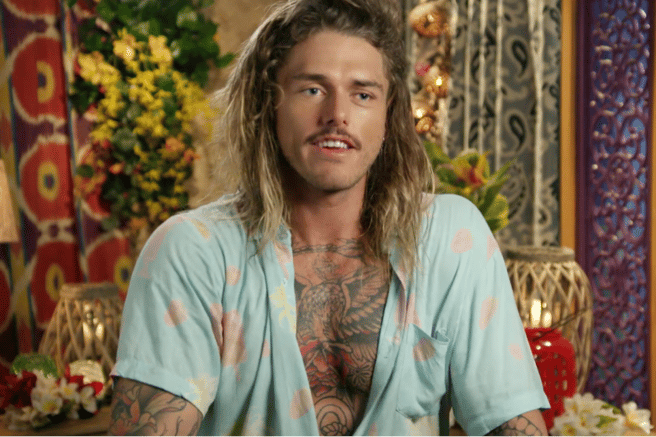 He's the runner-up of Angie Kent's season of The Bachelorette, who yells to cows and broke precisely everyone's hearts when he took being broken up with on national TV like an absolute champ.

Frankly, after the sh*t show that is 2020 so far, we need something fun and light in our lives, and Timm Hanly on Bachelor in Paradise is set to fulfil that need just as soon as Channel 10... hurry up and tell us when it will air.

Ahead of the premiere sometime in the near future (hopefully) we delved into the life of the sunflower prince himself.

Okay, so Angie Kent was really damn lucky with the men during her season of the Bachelorette. Well, mostly. Remember Noosa politician Jess...

Angie's season introduced us to both of Australia's fave Bachie contestants possibly ever, in Ciarran Stott and Timm (who are now besties and roomies). The buddies were praised throughout the season for being hilarious and sweet and genuinely good people.

Timm went on to the finale episode, providing us with plenty of entertaining moments along the way. Like when he dressed as a lobster, got lost in a park on the way to a single date, was nervous about getting a rose because he forgot he already... had one, and of course, the time he yelled at a horse for looking fake.

Even after getting his heart broken, he was gracious and kind and, good god I just realised I haven't worked through this eight-month-old emotion, sorry.

love is not smooth sailing love takes constant learning and sometimes pain and hurt which turns into strength and growth.. love is vulnerable and risky, but love is so fucking exciting and that is what i learnt from this crazy ride. At the end of the day happiness is all that matters, no matter where or in who you find it ❤️ Can’t thank everyone enough for the overwhelming support and kind words and all i can say is no matter how weird you are always walk to the the beat of your own drum and make your mum proud🌻🌻

One other very important thing to mention about Timm, as we head into Paradise, is that he has two very special skills: He can stop drama and stir it up. Grab a cocktail and blow some stuff up, buddy.

To read more about Timm Hanly, you can read our earlier post here.