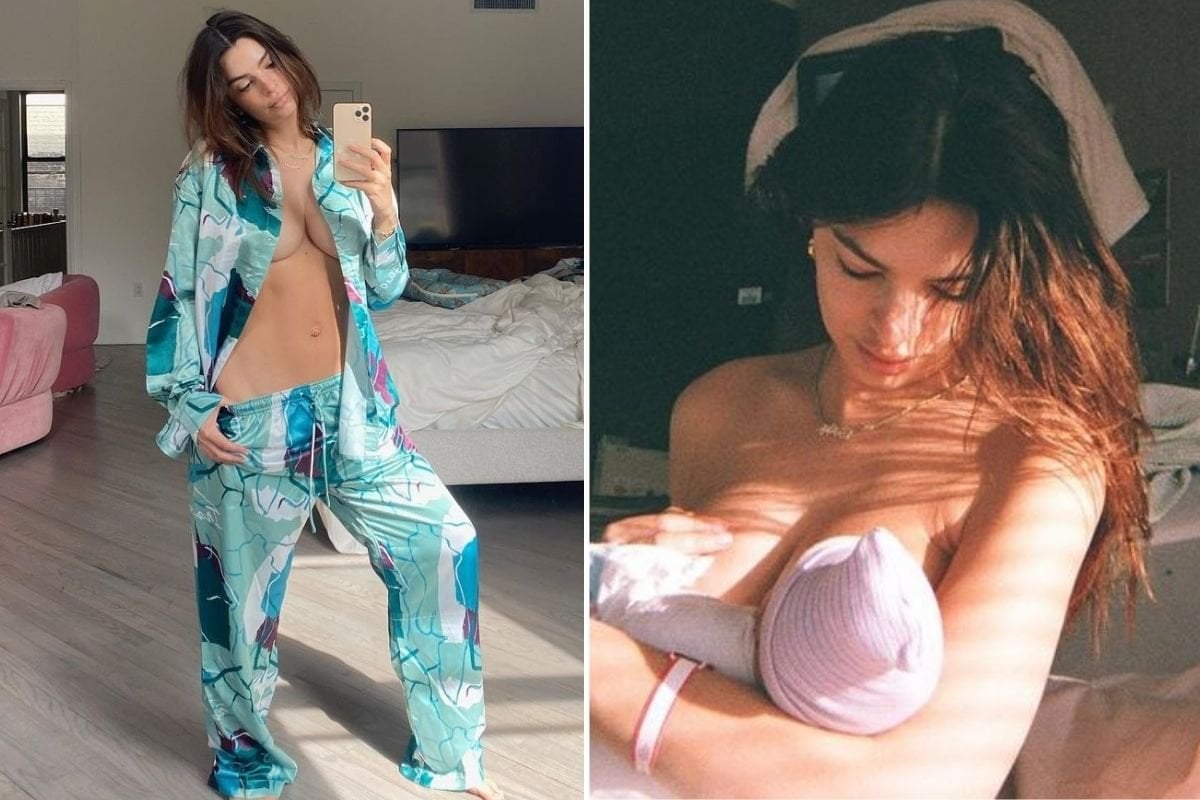 She documented her pregnancy and her child's birth as she has documented her life over the past decade on social media: proudly showing off her body - mostly half or all naked - to her 27 million Instagram followers.

She's always copped flack for that, but she has never wavered in her M.O. Ever since she first gained mainstream popularity in Robin Thicke's 'Blurred Lines' video in 2013, Ratajkowski has posted pictures of her naked body. It's her job. She's a model. It's how she's made a living.

So when she uploaded some pyjama shots to her clothing brand's Instagram 12 days post-birth with the buttons undone revealing her stomach, I was not surprised. It's not unusual for Ratajkowski to show us her body and I reject assertions she was "flaunting" or "revealing" her 'post-baby' body.

She uploaded a picture captioned, "LOUNGE, @emrata in the newest silky pieces online now," and for all we know the photos were taken before she was pregnant. There's no declaration to the contrary.

The post has attracted over 700 comments, with many criticising Ratajkowski for reinforcing unrealistic body image expectations for new mums.

Australian actress Claire Holt expressed her frustration, telling her Instagram followers: "I try not to be the Grinch on here, but I really wanna say something cos it’s annoying me. If you post a picture of your completely flat stomach 10 days after having a baby and call that body positivity, to me that’s the same as posting a picture of the millions of dollars in your bank account and calling that success positivity.

She uploaded a photo of herself two weeks postpartum, showing what her body looked like at the same time. 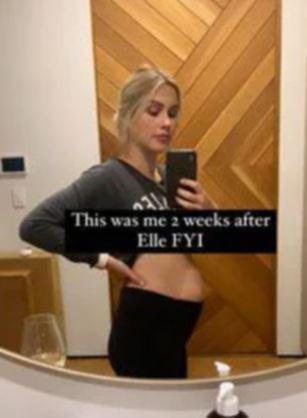 While Holt's photo is more realistic in terms of a comparison for the average woman, who are we to say Ratajkowski can't share her reality too? This is how her body reacted to birth. She can't change that, and why should she hide that? Why can't both women share their truths?

I am a big believer in body positivity, but I thought the movement was supposed to be about the normalisation of all bodies.

Sure, looking at photos of Ratajkowski doesn't make me feel super great about my body either. But that doesn't give me the right to tell her to stop posting them on her own platforms.

Flinders University Professor Marika Tiggemann has been researching body image perception since the 1980s and told The West Live there was little doubt Ratajkowski’s Instagram post would have a negative impact on the mental health of some women who’ve just given birth.

"And we find the research says that looking at unrealistically thin, idealised images basically just makes women feel bad about their own bodies," she said.

I don't doubt that for a second. Ratajkowski's postpartum body is not the only body we should be seeing. And it's particularly hard for us to separate our feelings when we look at her flat stomach, because hers is the kind of body we've been trying to tell the world to stop pigeon-holing us into.

But it's the system we're angry at and projecting onto Ratajkowski. It's absurd that we could accuse someone of 'reinforcing unrealistic body image expectations' for simply uploading a photo of what her body looks like post-birth. If she'd shared 'tips and tricks' or gave commentary about how 'easy' it was to 'snap back', or been hired to promote her figure in an advertising campaign targeting mums - that would be a different story.

But she didn't. All she did was share a photo - a photo not unlike all of the other photos she shares - on her company's own Instagram page. A page where she regularly models the clothes she is selling on Inamorata Woman. She never tried to be a part of the conversation about post-pregnancy bodies, she simply showed up.

If she posted the same photo, but had a more 'realistic' body shape, we'd likely be celebrating her. I don't like the hypocrisy in that.

If you don't like it, or it makes you feel less than, don't follow her. But it's unfair to expect Ratajkowski to censor her own body. She doesn't owe us that.

I want to see Claire Holt's body, and Emily Ratajkowski's body and all the bodies inbetween. I want to see all shapes and sizes featured in our magazines and our billboards and on our TV shows. I also want to ban the atrocious phrase 'post-baby body' in the first place.

But most importantly I want to know that my body is fine however it ends up after I give birth - even if for some reason it ends up looking like Ratajkowski's.

Reply
Upvote
One of the young women I work with just had a baby. I saw her a few weeks afterwards and she was just as slim as before she became pregnant. She eats well and works out regularly, different bodies react differently, there's no reason to compare yourself to someone else.
M
mystal84 a year ago