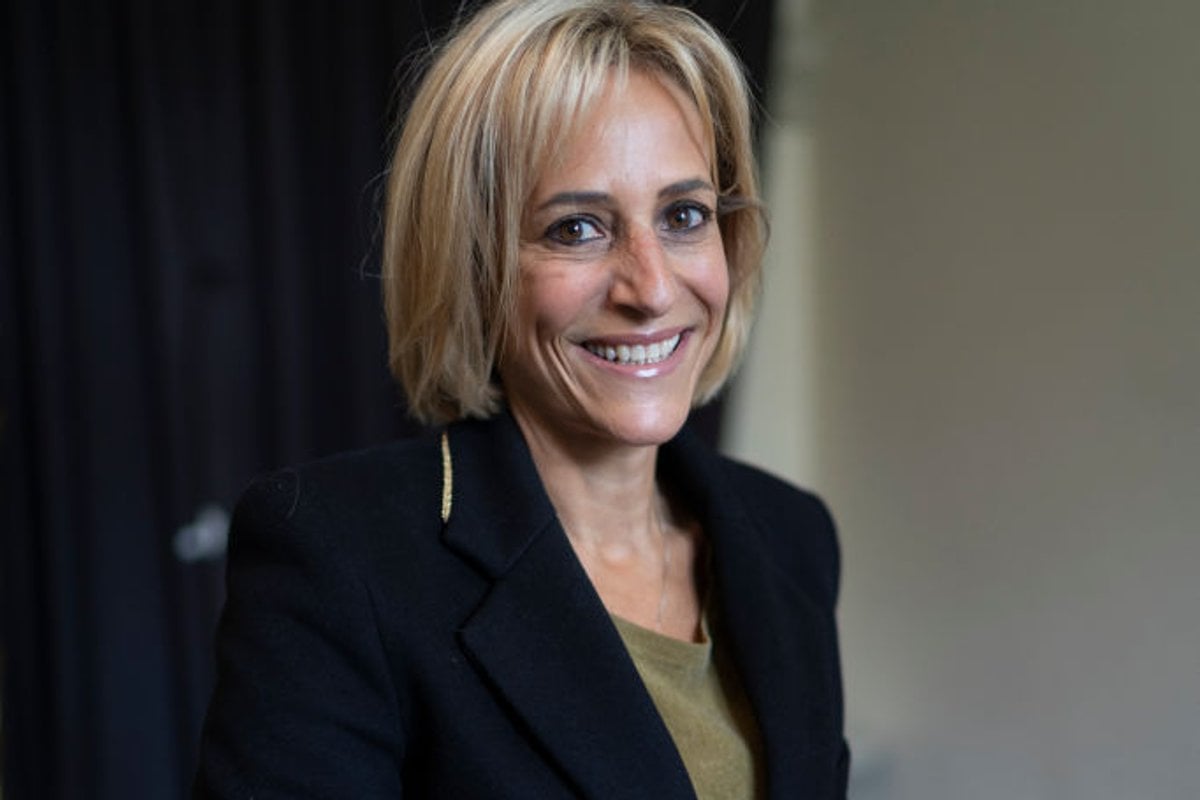 Emily Maitlis is best known for her 2019 interview with Prince Andrew, where he sensationally opened up about his friendship with Jeffrey Epstein. But over the years, the BBC presenter’s own private life has also made the news.

Maitlis has been stalked by a man named Edward Vines for three decades. Even when Vines was jailed for his persistent harassment of Maitlis, he continued to write her letters from jail.

Vines describes his stalking behaviour, including turning up to her home late at night, as “a Hugh Grant sort of thing”.

Maitlis and Vines met as students at Cambridge University in 1989. They had a platonic friendship, but when Maitlis realised Vines wanted more than that, she broke off contact.

After university, Maitlis went into radio broadcasting and worked in Hong Kong, where she met investment manager Mark Gwynne. They moved back to the UK and got married, after she proposed to him.

Somehow, none of that seemed to matter to Vines. Over the years he repeatedly tried to contact Maitlis. In 1999 and 2000, he bombarded her with letters, turned up to her workplace and tried to contact her through other people.

In 2002, Vines was sentenced to four months in prison for his harassment of Maitlis, but walked free because he’d already spent two and a half months in jail on remand.

He was told that there was a restraining order against him, and if he contacted Maitlis again, he would face five years in jail.

"I'm immensely relieved and pleased that it is over,” Maitlis said at the time, “and I would like to thank the police for all the support they have given me."

Sadly, it wasn’t all over. Maitlis went on to great success at the BBC, and to have two sons, Milo and Max, with Gwynne, but Vines never left her alone.

Over the years, Vines breached restraining orders 12 times, and was prosecuted seven times, spending more time behind bars. But even that didn’t end the harassment, with Vines sending Maitlis letters from jail and also from a bail hostel.

Maitlis said she felt “scared and let down” by the jail letters, and she said it also scared her kids "who thought the threats had gone away... while he was behind bars".

In 2018, Maitlis told BBC Radio 5’s Emma Barnett Show that the stalking had turned her into “this person who shouts at your kids for the wrong thing".

"It just makes you jumpy – and that's stressful and it's tiring and it's time-consuming,” she explained.

"Your head is somewhere else and you're having to think about things that are just ludicrous, like, ‘How do you get in and out of your front door?’ and, ‘How are they getting back from school?’”

"This has literally been going on for 20 years. It feels like sort of a chronic illness.”

Maitlis said Vines was “also a victim”, and whatever treatment he’d had clearly wasn’t working.

“He is unwell and has wasted half his life. Stalking is a weirdo glamorised term for what is essentially mental ill-health.”

In October this year, Vines was in court again, for having written letters to Maitlis and her mother from jail. This time, the letters had been intercepted by prison staff.

Prosecutor Ian Way read some of the letters to the court. In them, Vines talked about having told Maitlis he loved her while they were at Cambridge, and not understanding her feelings at the time.

“If our correspondence has gone on for so long, it is because I was deeply in love with you,” he wrote.

Vines said he felt Maitlis was “not being clear”.

“Some of my letters were testy and volatile, but if you were transparent, I wouldn’t be volatile.”

In court, Vines admitted he was breaching the restraining order, but said he didn’t accept he was harassing Maitlis. He claimed she had lied about his behaviour before his first criminal conviction. The prosecutor asked if he thought turning up at Maitlis’s workplace and then her home at 10.30pm was stalking.

"I would describe it as a Hugh Grant sort of thing,” Vines said. “It was a bit clumsy."

Comparisons have been made in the British media between the Maitlis case and that of Jill Dando, the BBC presenter who was shot dead on her doorstep in 1999. Vines told the court he thought it was “absurd” to make a comparison because he “wasn’t a threat to Emily”.

The trial was halted when the judge discovered that Vines had not been given his medication for the duration of the trial. The case has been postponed till March next year.

Reply
Upvote
-1 upvotes
He didnt 'stalk' her 'every day'. Its important not to exaggerate what happened. That's why this has ended up such a mess.
M
movingmaude a month ago