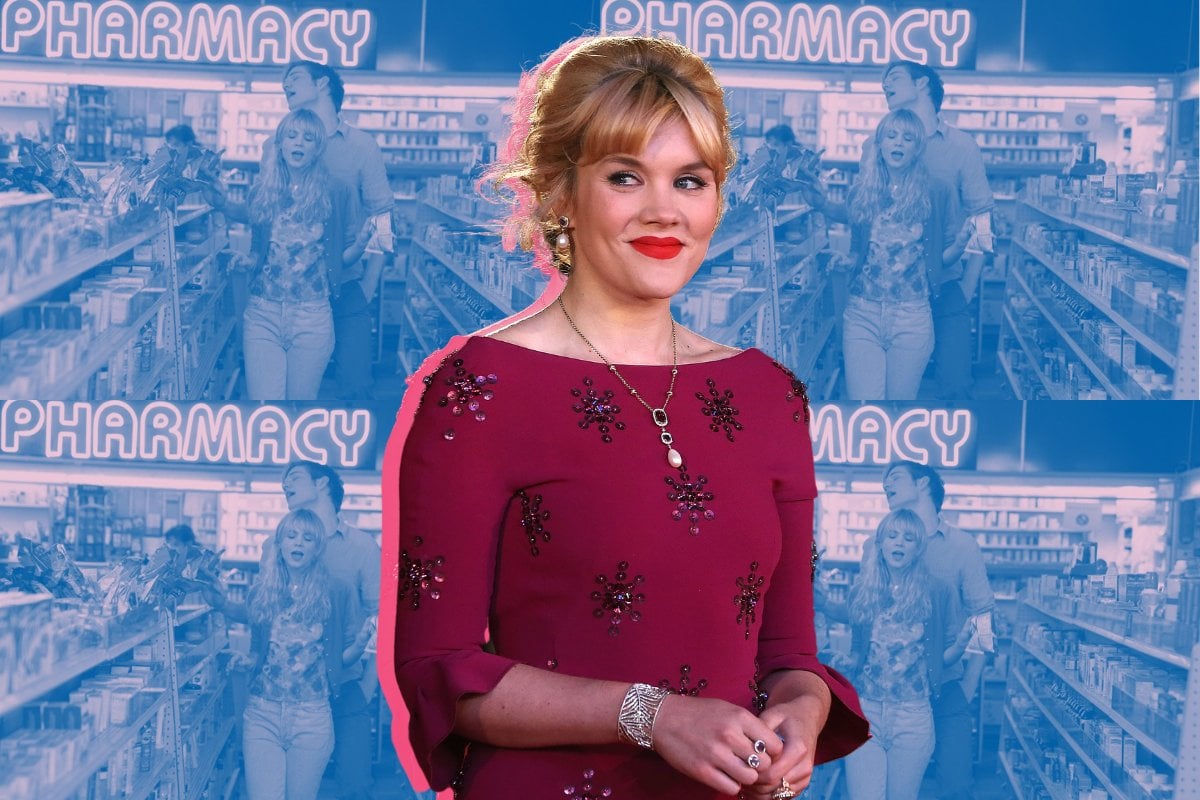 Emerald Fennell, like many women in their 30s, 40s and beyond, grew up in a world where consent was a punchline.

The drunk girl at the party was a joke. Conversations about what actually happened the night before were lighthearted, a bit of banter. Women navigated the world with a kind of gallows humour, an armour they'd built up over time to protect themselves from the inherent risk and consequences that come with being a woman in the world.

Watch the trailer for Promising Young Woman. Post continues below.

Then, Fennell had a conversation with a group of friends over dinner. A female friend was telling the group about a creepy man she had encountered on the train on her way to dinner. The men were shocked. The women not so much.

The women then went around the table, sharing their own stories. The men's increasing shock was palpable.

It was during this conversation that Fennell realised this was her female friends' reality and that her male friends lived in a radically different reality.

In their world, things were great. Consent wasn't an issue. There were good guys and bad guys. There were no blurred lines.

“They were just staggered,” Fennell told Carina Chocano at the New York Times. “And these were just the milder things.”

That's when she came up with the idea for Promising Young Woman.

The film follows 30-year-old Cassie (Carey Mulligan), a medical school dropout who lives with her parents and works as a barista. Making coffee is how she pays the bills, but Cassie's singular purpose in life is to hold up a mirror to the supposed "good guys" and show them who they really are. 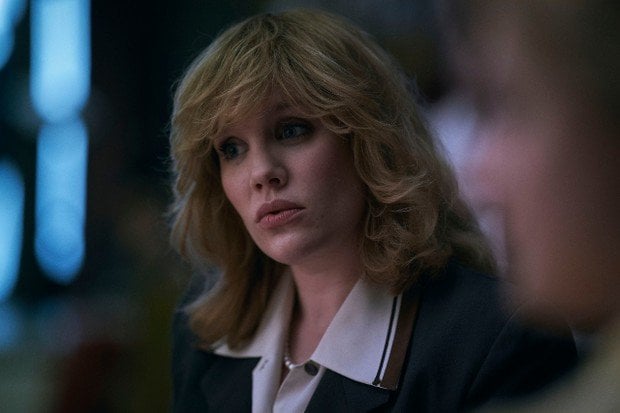 Fennell as Camilla Parker-Bowles in The Crown. Image: Netflix.

Every week she dresses up for a night out. Sometimes she wears a skirt suit, like she's just come from the office, other times she wears a fun going out dress. She heads out to a local nightclub and pretends to be blackout drunk. Every single week a "good guy" comes to rescue her. He takes her home. Starts to have sex with her.

That's when she wakes up. That when the man realises he's not the "good guy" he makes himself out to be.

They usually react with anger, they're shocked. Cassie has shown them who they really are, and that's everyone's worst nightmare.

"When sexual assault happens, it’s not always the scary stranger," Fennell explained to ELLE. "It can be somebody you trust and, ultimately, it’s someone who doesn’t think they’re a bad person."

Promising Young Woman is one of the most talked about films of the past decade. It's shone a spotlight on consent and the blurred lines that men often bound over without a second thought. It's redefined both the revenge fantasy and dark comedy genres. It's made millions of women around the world feel seen.

What makes Promising Young Woman's success so startling though, is the fact this is just one of Fennell's many projects.

Fennell grew up in a flat in Chelsea which was later converted to a house. Her father is Theo Fennell, a celebrity jeweller, who is known for his one-of-a-kind intricate designs. Her mother Louise worked in fashion before writing her first book in her 50s. Fennell attended Marlborough College (the same boarding school Kate Middleton went to) and she later read English at Cambridge. 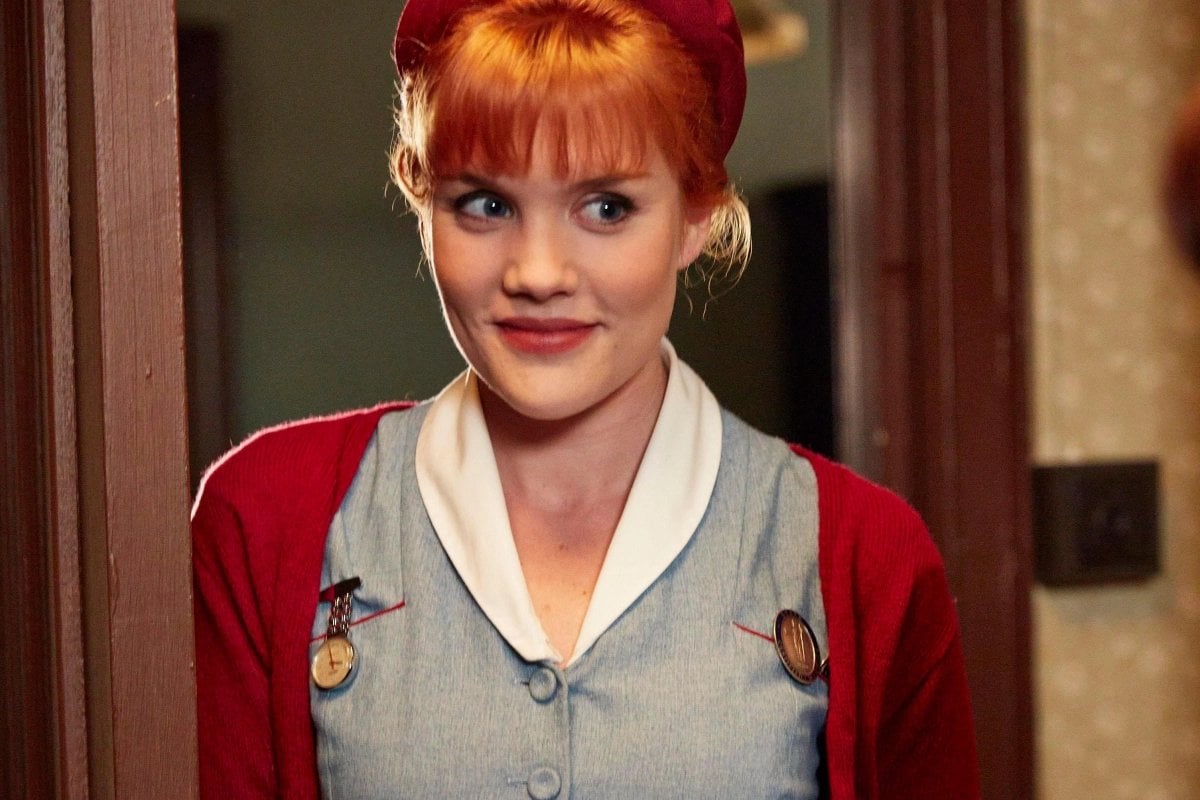 Fennell as Nurse Patsy in Call The Midwife. Image: BBC.

Fennell acknowledges her privileged background opened doors for her, but she also worked really bloody hard.

After college, she auditioned for what was supposed to be a one-episode role in Call The Midwife. She landed the role and her character Nurse Patsy remained on the show for three seasons.

In between playing the redheaded nurse with no filter and a secret past, she wrote three books. Two children's books set in a mysterious boarding school, and a novel about two children who are gleefully excited when they find a body on a beach.

After her friend Phoebe Waller-Bridge left Killing Eve, Fennell joined the writing staff. She was quickly promoted to head writer and co-showrunner.

Waller-Bridge described her as “like a bloody Trojan. She’s been working on about 10 projects at once since the day I met her," according to a profile in The New York Times.

She later joined the cast of Netflix's The Crown, playing the role of Camilla Parker Bowles in seven episodes. She's also working with Andrew Lloyd Webber on his upcoming musical, Cinderella.

She filmed Promising Young Woman over 23 days in LA. While she was seven months pregnant.

Next week, Fennell may very well become the second woman in history to win Best Director at the Oscars.

It's easy to see why.

H
hrm a year ago