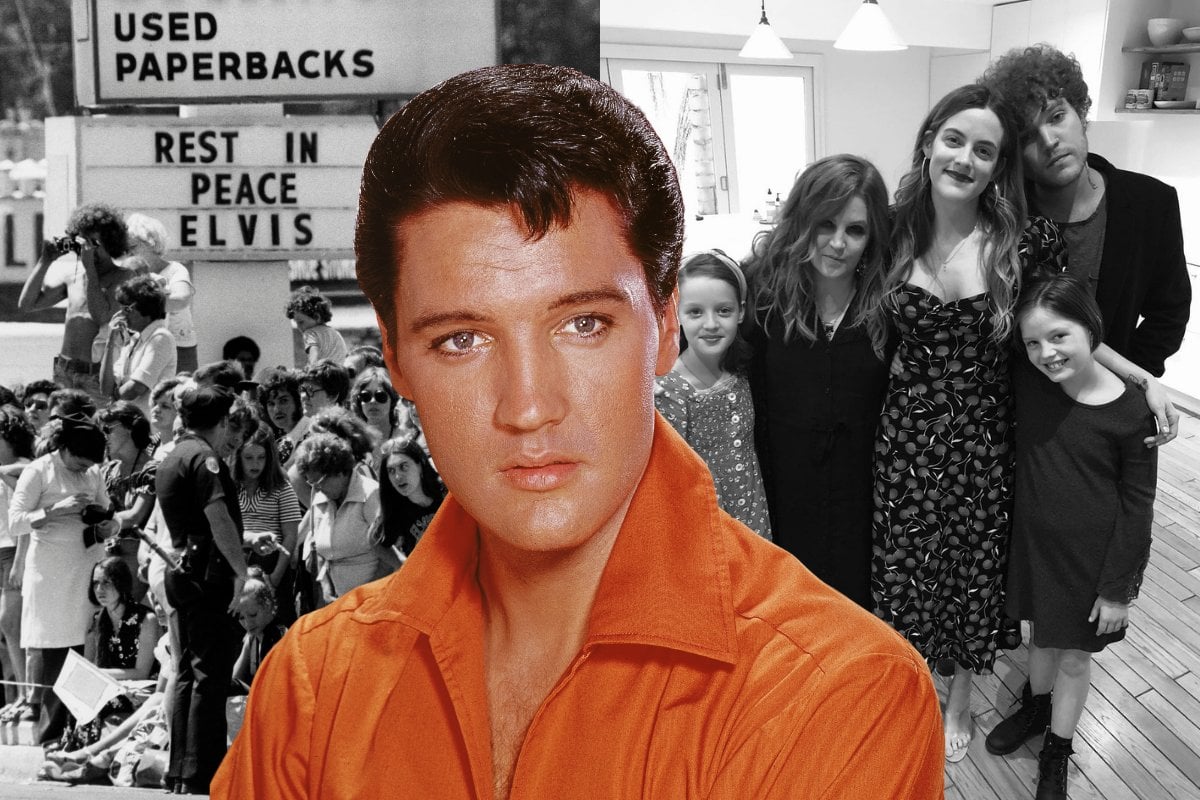 It's been 44 years since the death of Elvis Presley.

His death sparked mourning around the world. Crowds gathered to honour the 'king of rock and roll'; one of the most significant cultural icons of the 20th century.

In 1954, after years of being influenced by pop, country and gospel music of the time, Elvis began his singing career with the Sun Records label in Memphis.

By 1956, a mere two years later, he was an international superstar. 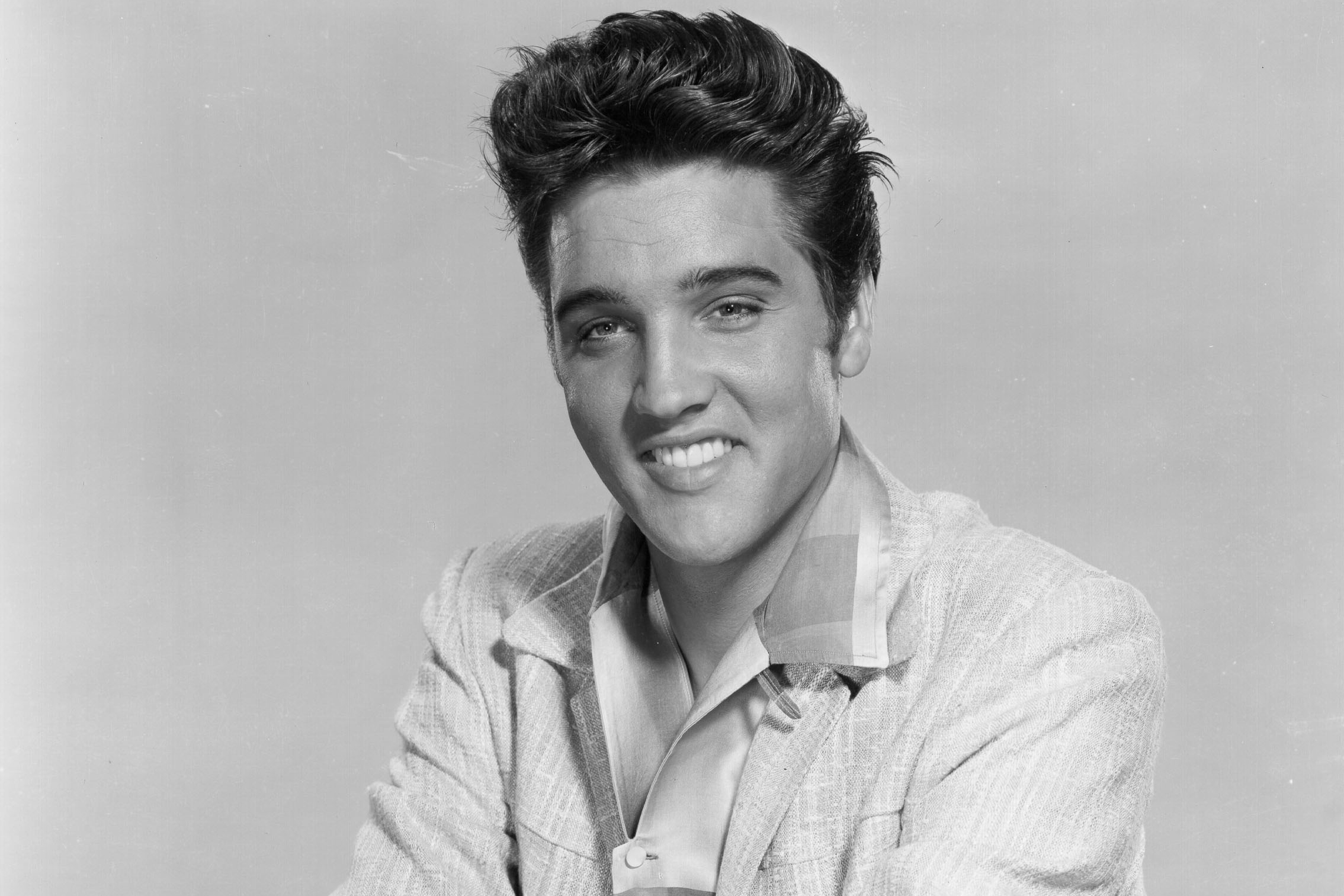 On May 1, 1967, Elvis married actress Priscilla Beaulieu in Las Vegas. The couple welcomed their only child, daughter Lisa Marie, in 1968, before divorcing in 1973.

As is so often the case for ultra-famous families, life was not as idyllic as it may have seemed.

In the final years of his life, the performer divided his time between touring and spending time at his Memphis estate.

His health was also in major decline from years of drug misuse and a diet of greasy, fried food. 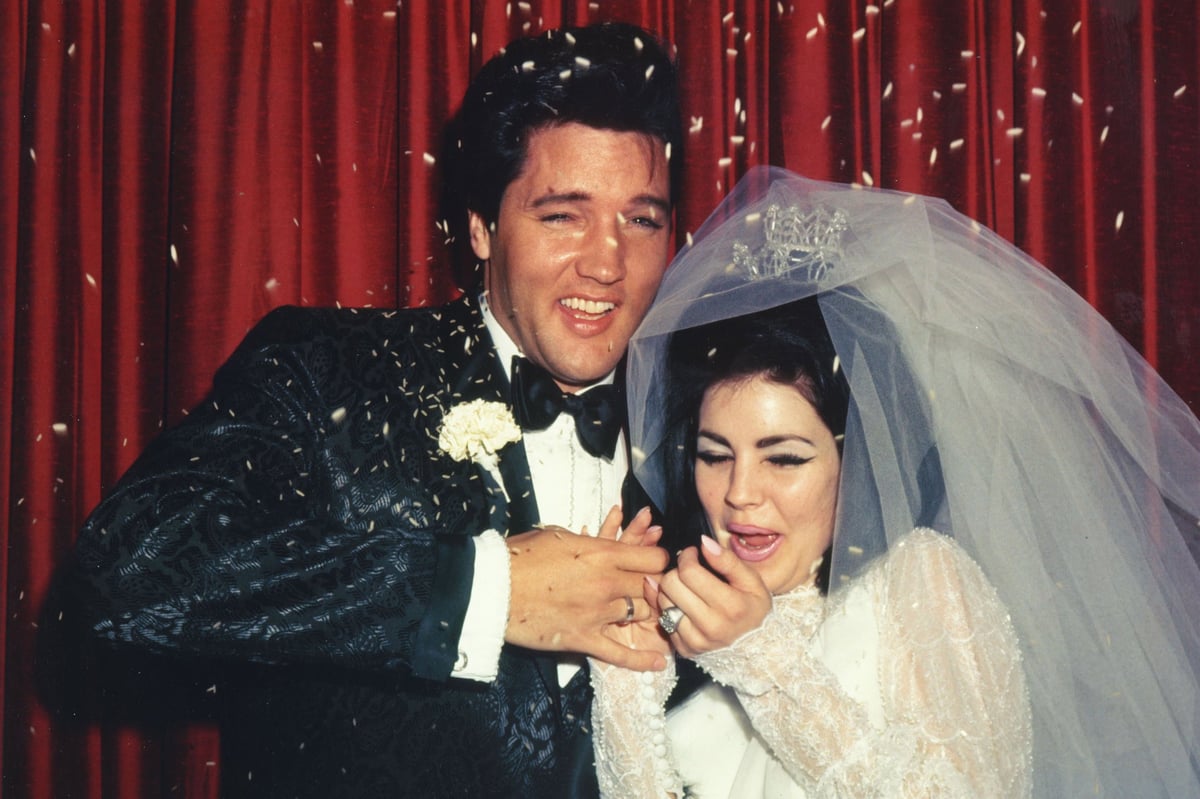 By the time of his death, he suffered from glaucoma, hypertension, liver damage, and an enlarged colon, each magnified - if not caused by - drug abuse.

He left behind Lisa Marie, who was nine at the time of his death.

He was born on January 8, 1935 in Tupelo, Mississippi. His identical twin brother, Jesse Garon Presley, was delivered 35 minutes before him, stillborn.

Years later, his mother Gladys miscarried another child, which only strengthened the protective and close relationship and she husband Vernon shared with their only surviving son.

In 1958, Elvis was drafted into the US Army. In early August that same year, he was granted emergency leave to visit his mother, who had been diagnosed with hepatitis and was rapidly declining. 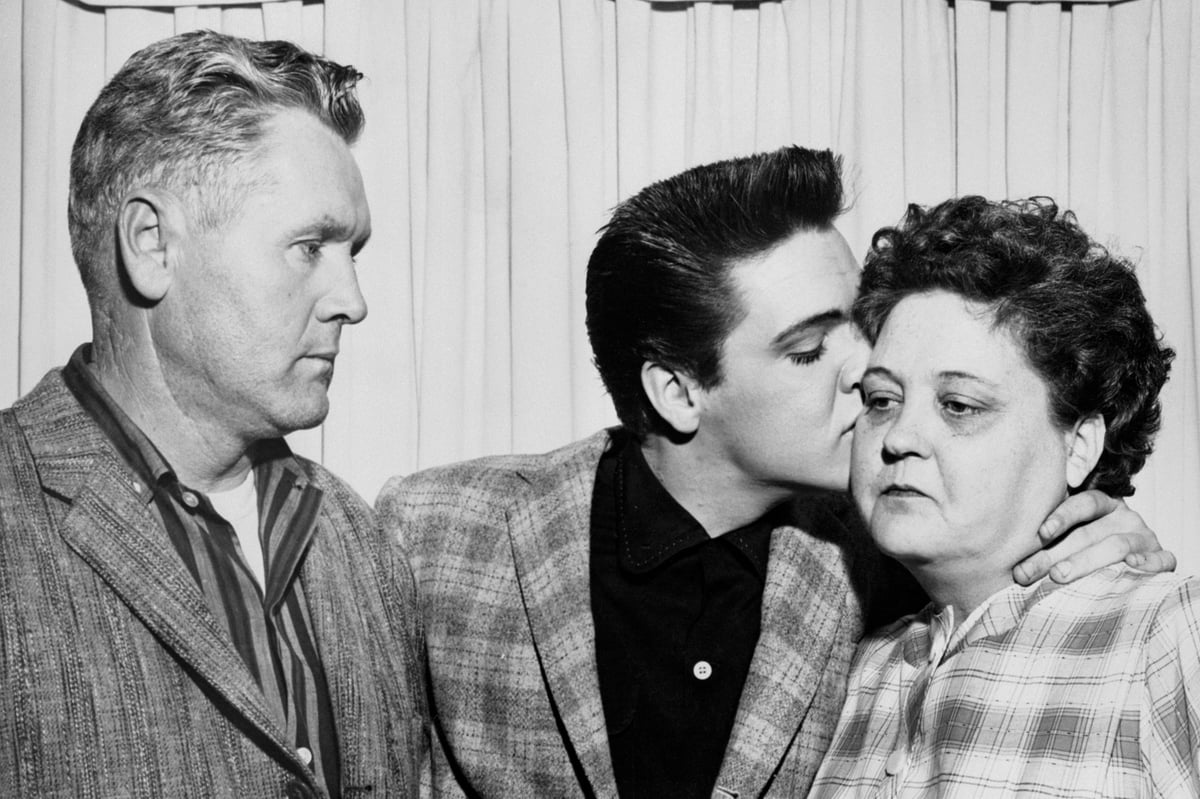 Elvis with his parents on the eve of his induction into the army. Image: Getty.

Two days later, she died of heart failure at the age of 46.

Elvis was devastated. He and his mother were known for their 'baby talk' no one else could understand and he addressed her with pet names.

"I lost the only person I ever loved," he later said.

When Elvis himself died, his funeral was held at Graceland and was itself the location of further devastation.

Outside the gates, a car ploughed into a group of fans, killing two young women and critically injuring a third.

In the decades since, the Presley family, including ex-wife Priscilla, daughter Lisa Marie and Elvis' four grandchildren, have dealt with death, drugs, divorce and debt. 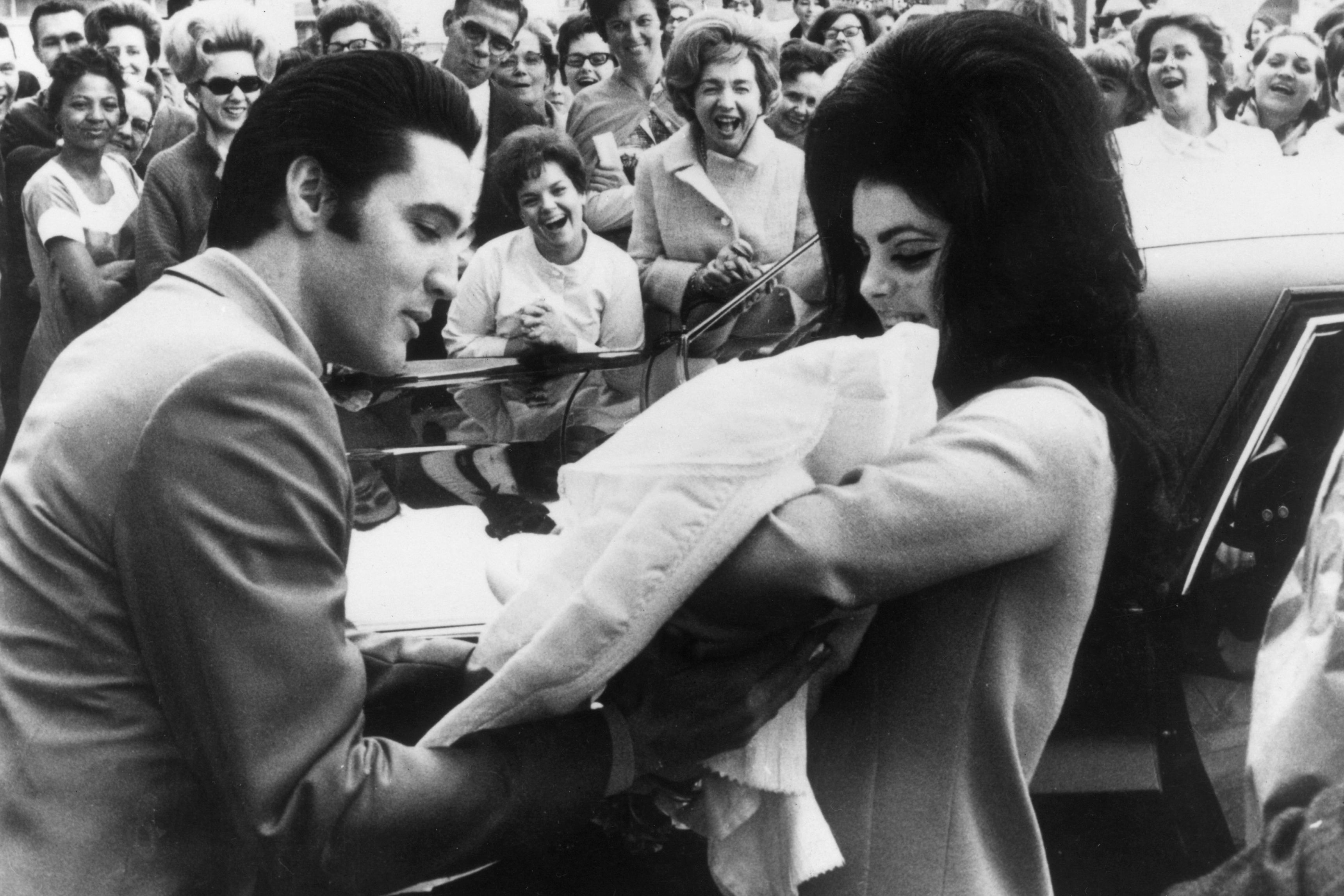 Elvis and Priscilla Presley with their daughter, Lisa Marie, in 1968. Image: Getty.

After her parents divorced, Lisa Marie lived with her mother and spent periods of time at Graceland with her dad.

In 1993, on her 25th birthday, Lisa Marie became the sole heir to her father's estate, which had grown to an estimated $100 million. (In 2018 court documents, Lisa Marie alleged that her former business manager had whittled her large fortune down to just US$14,000.)

Over the course of her life, Lisa Marie, now 52, has married four times and had four children.

She had two children with Chicago-born musician Danny Keough, whom she married in 1988: daughter Riley, an actress and model, and son Benjamin.

When the couple’s relationship went public with Jackson kissing Lisa Marie on stage at the 1994 MTV Video Music Awards, the pair’s union was dubbed by many as "The Marriage of the Century". 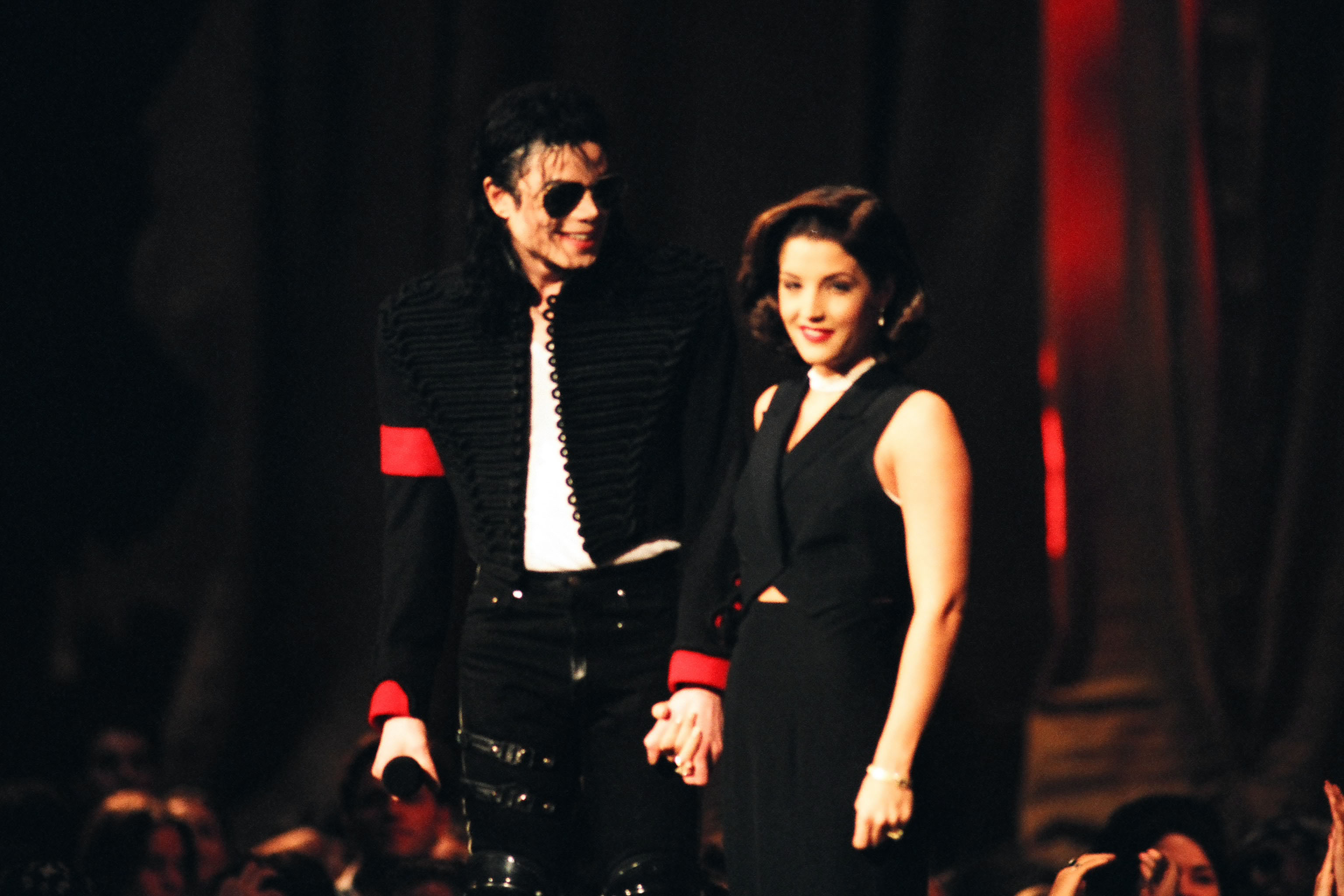 "I am very much in love with Michael, I dedicate my life to being his wife," Presley said in a statement confirming their marriage.

"I understand and support him. We both look forward to raising a family and living happy, healthy lives together. We hope friends and fans will understand and respect our privacy."

"I believed he didn't do anything wrong, and that he was wrongly accused and, yes, I started falling for him. I wanted to save him. I felt that I could do it," she later said.

After two years of marriage, Lisa Marie filed for divorce in early 1996, citing irreconcilable differences. It was later claimed that Lisa Marie and her children "rarely" stayed in the same house as Jackson during their marriage.

In August 2002, Lisa Marie married actor Nicolas Cage, who she met at a party. In November that same year, the actor filed for divorce.

She later married for a fourth time in 2006 to Michael Lockwood, her music producer, until filing for divorce in 2016. 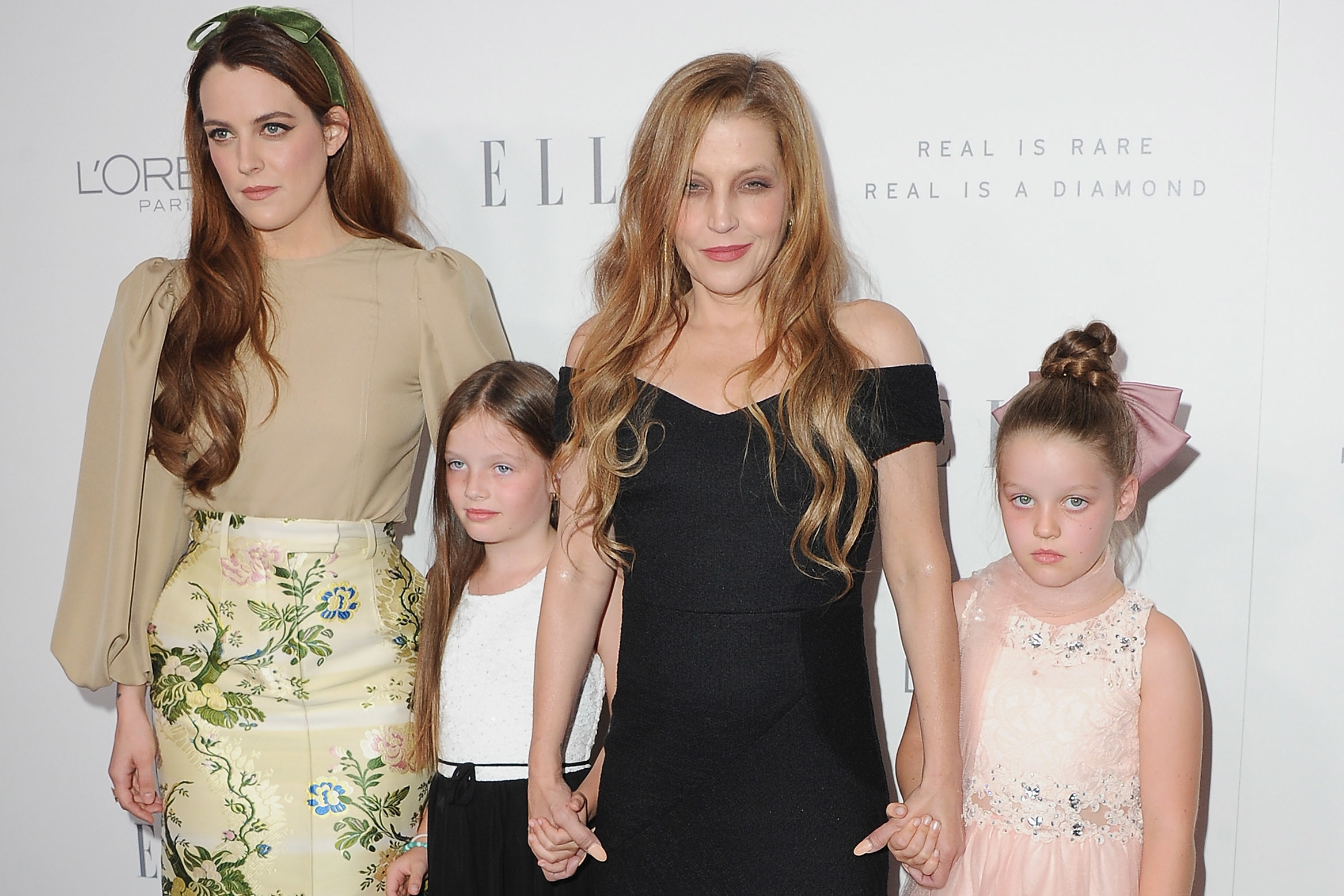 Riley Keough and Lisa Marie Presley with her twin daughters in 2017. Image: Getty.

In the foreword of Harry Nelson's 2019 book The United States of Opioids: A Prescription for Liberating a Nation in Pain, Lisa Marie shared how she battled drug addiction.

"You may read this and wonder how, after losing people close to me, I also fell prey to opioids," she wrote.

"I was recovering after the birth of my daughters, Vivienne and Finley, when a doctor prescribed me opioids for pain. It only took a short-term prescription of opioids in the hospital for me to feel the need to keep taking them."

She said she was "grateful to be alive today... and to have four beautiful children who have given me a sense of purpose that has carried me through dark times."

In a statement provided to media, a representative for Lisa Marie said she was "beyond devastated" over her son's sudden death.

"She is completely heartbroken, inconsolable and beyond devastated but trying to stay strong for her 11-year-old twins and her oldest daughter Riley," the statement read.

"She adored that boy. He was the love of her life."

Over the years, fans and family alike commented on Benjamin's likeness to his late grandfather, Elvis.

"Ben does look so much like Elvis," Lisa Marie said in an interview.

"He was at the Opry and was the quiet storm behind the stage. Everybody turned around and looked when he was over there. Everybody was grabbing him for a photo because it is just uncanny."

After his death, friend told The Mirror Benjamin had confided in her about the "curse" of being related to 'the King'.

"Ben once told me, 'People think it’s wonderful being me but it’s also a curse because you can't be who you want to be. You can't be normal because you haven't been born into a normal family'," she recalled.

"I know Ben was incredibly proud of his grandfather but he also found it heartbreaking being related to him because he never met him... He looked so much like him as well. And that can't have been easy."