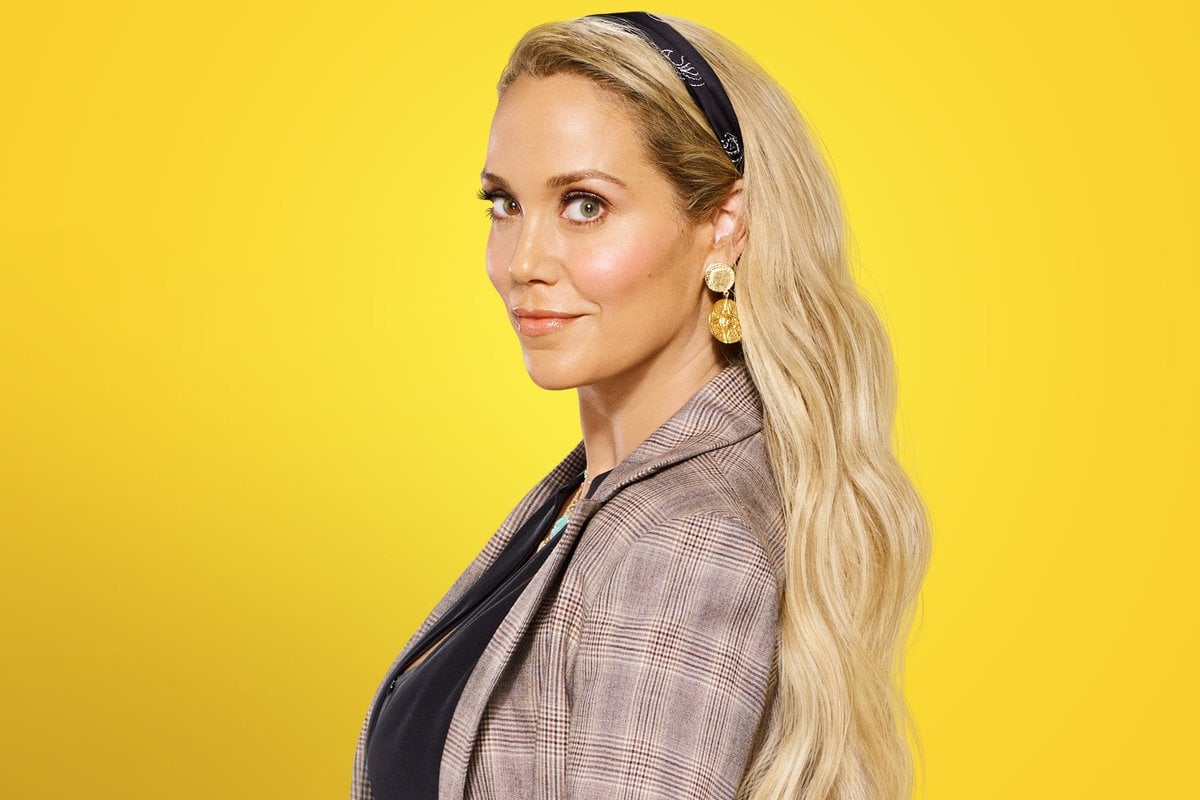 In 1989, Elizabeth Berkley Lauren burst onto the scene as the ambitious Jessie Spano in Saved by the Bell.

Following the rise of John Hughes' popular teen movies in the 1980s, the Saturday morning sitcom followed six friends at Bayside High School as they dealt with everything from teenage romances to more serious subjects.

Starring the likes of Mario Lopez, Tiffani Thiessen, and Lark Voorhies, the beloved series ran for four seasons, before wrapping up in 1992.

Watch Stan's official trailer for Saved by the Bell below. Post continues after video.

Streaming exclusively on Stan, the brand new Saved by the Bell reboot focuses on the lives of two new groups of students – the ultra-wealthy students of Bayside High, and the students who are forced to relocate to Bayside High after their own low-income high school closes.

But while the new students at Bayside High are the centre of the story, the series is jam-packed full of references to the original series as well as appearances from the original cast members.

For Elizabeth Berkley Lauren, returning to Bayside High – and working alongside her former cast members – has been a full-circle moment.

"We’ve all done a million jobs since then, whether it be Broadway, film or television. But we share something that honestly transcends time. It is a bond that we will have forever," Berkley Lauren told Mamamia.

"We were children together. We got our first cars together. We had our first big job together. We went through so many rites of passage together during our actual adolescence off-screen," she continued.

"Through the years, even if we didn’t see each other for a few years, when we did, it would be like no time passed."

Berkley Lauren was just 17 years old when Saved by the Bell first premiered. 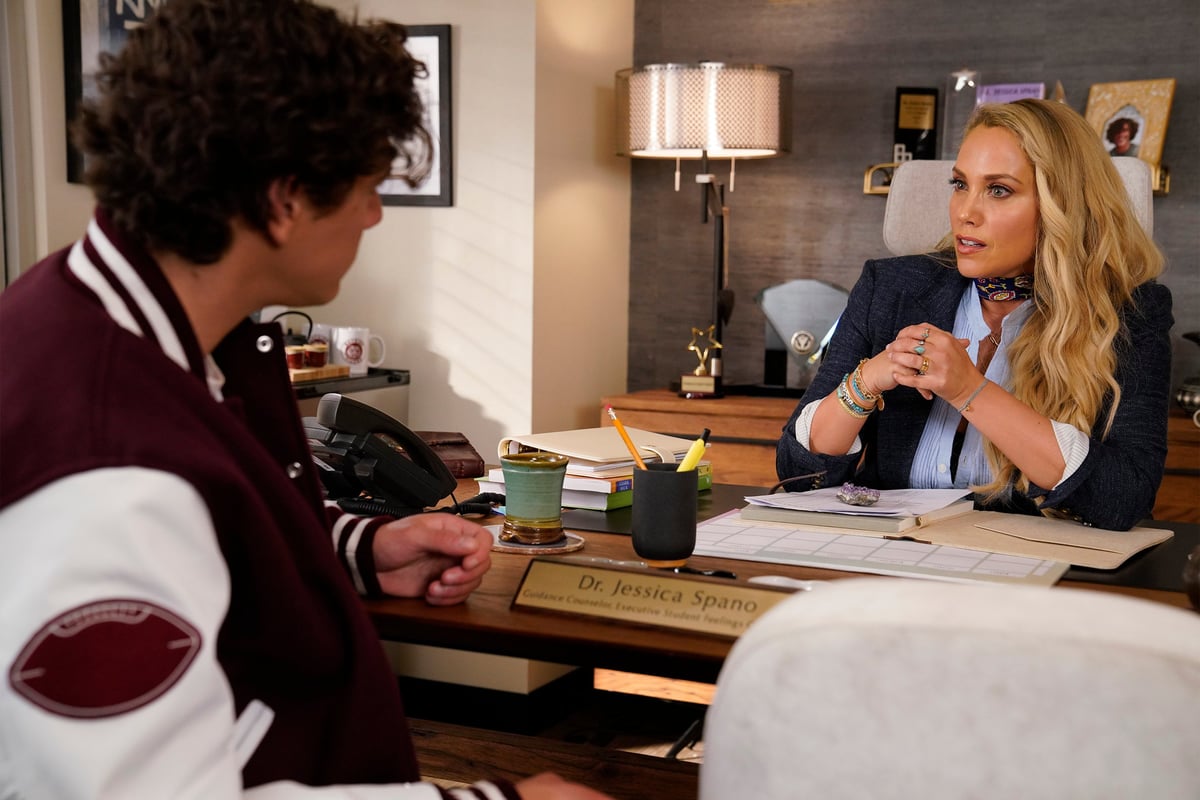 Elizabeth Berkley Lauren in the Saved by the Bell reboot. Image: Stan. Now 48, the actress describes returning to the iconic halls of Bayside High and the red booths in The Max as "surreal".

"One of our first scenes together was in The Max. It was so surreal to be sitting in that booth together," she recalled.

"It’s one thing to see each other in real life, but then to drop back into calling each other by our character names and doing things back in character but as grown ups was such a full circle moment."

While other recent reboots and revivals have struggled to gain traction, the new Saved by the Bell series manages to strike the perfect balance of telling a new story while still weaving in plenty of nostalgic elements from the original show.

It's something that Berkley Lauren attributes to showrunner Tracey Wigfield, who has worked on the likes of 30 Rock, Great News, and The Mindy Project.

While a Saved by the Bell reboot had been pitched before, Wigfield's pitch resonated the most with the original cast members.

"Once we knew that Tracey Wigfield had presented her take on it to the studio, it was really a no-brainer," Berkley Lauren told Mamamia.

"We were protective of how it was going to come back and we had heard a couple of other pitches and it just didn’t feel right. When we heard this one, we just knew it was the way to go."

Berkley Lauren and her costars Mario Lopez, Mark-Paul Gosselaar, and Tiffani Thiessen all serve as producers on the new series.

"Tracey [Wigfield] was bridging the old and the new and also bringing up a really relevant reflection of youth culture today. She managed to keep it fresh and make commentary on today’s youth.

"Our show is so diverse and inclusive and dealing with certain issues like privilege and race and things that weren’t really addressed back then."

When Saved by the Bell first premiered in 1989, there weren't many female characters on screen like Jessie Spano.

The straight-A student was ambitious, intelligent, and an advocate for change.

Although we're now used to seeing young women depicted as well-rounded characters in pop culture, it felt fresh and exciting at the time.

"Jessie as a character was new for the time because there weren’t a lot of female characters in the 90s on shows where a young teen was using her voice as an advocate for causes in the way that Jessie did," Berkley Lauren said. 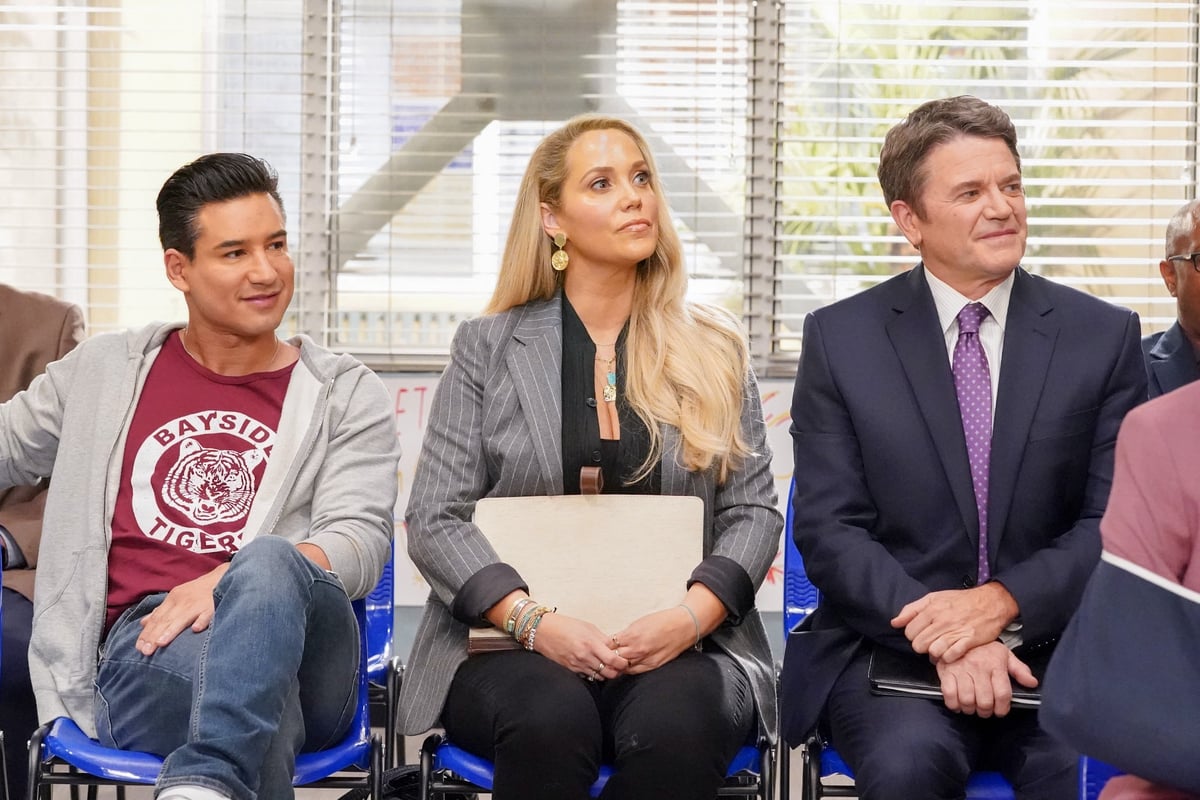 Mario Lopez, Elizabeth Berkley Lauren and John Michael Higgins in Saved by the Bell. Image: Stan. As a result, the actress felt "protective" over Jessie's portrayal as an adult character in the new reboot.

While Mario Lopez's character A.C. Slater returns as a coach in the reboot, Jessie returns as the guidance counsellor at Bayside High, where her son, Jamie Spano, is now attending school.

"She was 17, graduating high school, and obviously a lot of life has happened since then," she told Mamamia.

"We planted those seeds about her ambition. We wanted to make sure that the audience knows... that Jessie did succeed [in life]. She has a PhD, she’s a bestselling author, she has done TED Talks," she continued.

"She’s successful, but she’s a bit of a helicopter parent. She’s back at Bayside, close to her son, because her personal life is a bit of a mess.

"It was important to me that we made sure people knew that what happened to Jessie [between then and now]. She has such a singular vision for herself, but we wanted to make sure that at the same time, not everything in [her] life is successful."

In some ways, Jessie's new role as a guidance counsellor relates to Berkley Lauren's own life experiences. 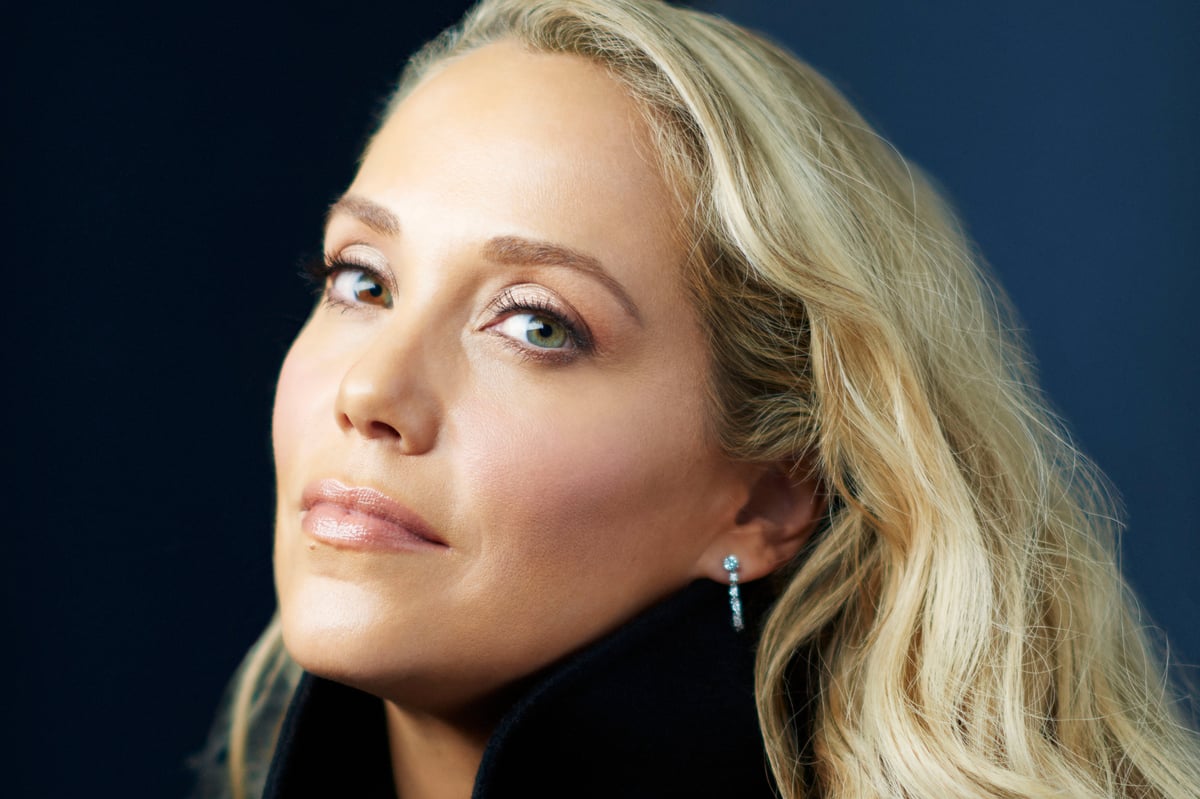 "It's fun for me and it makes sense for Jessie to be in the role of guidance counsellor at school," the actress added.

Saved by the Bell is now streaming only on Stan.

A famous phrase, and 9 other subtle references you missed in Stan's Saved by the Bell reboot.